At six years of age, Martin Turner made the discovery of a lifetime. “My kindergarten teacher had given me a box of clay to play with because she saw my interest in sculpting different things,” he remembers. “Of course, I was a kid, so that clay didn’t last very long. I left the last piece outside one day and the next morning, it was gone. I was heartbroken and my parents told me that since I had wasted what I had, they weren’t going to get me any more.” Soon thereafter, Turner was watching a TV program with his family when they saw an advertisement for aluminum foil. “I remember the commercial saying that aluminum foil could be molded into different shapes,” he says. “I immediately got some from the kitchen and sure enough, it molded just fine. My first sculpture was an airplane.” From then on, Turner was using aluminum foil and his imagination to sculpt and create unique pieces of art for friends and family members and today, that discovery many years ago has led to a fulfilling profession of art and creativity. He runs a successful art studio in which he completes commissioned works in a variety of forms including drawing, painting and, of course, sculpting, as well as filling the role of art program coordinator for Sylvester Broome Empowerment Village (SBEV). 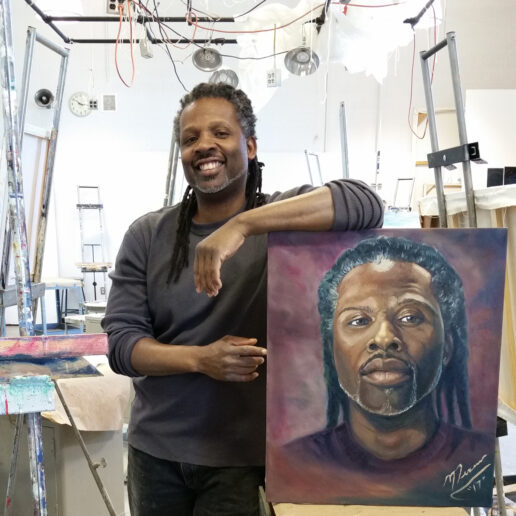 “When I was young, I didn’t believe that anyone could make a career of art.”
Martin Turner

His talent was evident early on, but Turner did his best to keep it hidden. “When I was young, I didn’t believe that anyone could make a career of art,” he says. “Growing up in Flint, I was stuck in the belief that the goal was a factory job or manual labor. I wish I had thought differently. Better late than never, I guess.” At Flint Northern High School, his creativity became public and he soon found himself making small sculptures for other students. “Mostly dogs and other pets,” he says. Then, while in the military, he was asked by his peers to create small sculptures of bald eagles, wolves, dogs and other items with patriotic themes. Even then, Turner never truly realized the potential of his talent. After his military service, Turner fell in line and got a factory job. It wasn’t until 2006, when he had a serious accident, that he decided to embrace art full-time. “I was hurt and could no longer work in a factory,” he explains. “It was a blessing in disguise. I took my art seriously and enrolled in classes at Mott Community College. As I learned to expand my talent and to think on a grand scale, I improved immensely.”

Turner’s sculpting process is distinct in that it has been developed by him alone – a singular technique built through years of experience. The majority of his works are composed of aluminum foil (no clay or any other shaping medium is used) and he uses drywall putty to fill in gaps and help with painting and finishing. From concept to completion, the process can take anywhere from a single day to weeks. “My finishing techniques are constantly evolving,” he shares. “My artistic life is full of ‘happy accidents,’ as Bob Ross would say.” As far as inspiration goes, Turner sees it everywhere and is always surprised by what he creates. “I can see the shape of my next sculpture in the leaves of a tree or lean of a building, and when I start working, I often lose time and find that it’s already past midnight or early the next day,” he laughs.

When not in his studio, Turner spends time at SBEV coordinating the art program and working with young artists in a variety of mediums. “We recently started sculpting and the class just finished making a large hippopotamus that they painted pink with green spots,” he laughs. His goal at SBEV is to grow the children’s talent and awareness of art, and to help them understand the importance of art and how it can truly become a lifetime profession. “I want them all to understand that art doesn’t have to just be a hobby,” he explains. “It can be pursued as a living. You can get paid to do something you love. At SBEV, we try to help kids think like entrepreneurs. I want them to avoid the rut that I fell into for so long.”

For years, Turner has been silently sculpting and creating and now, his hard work and talent are getting noticed. 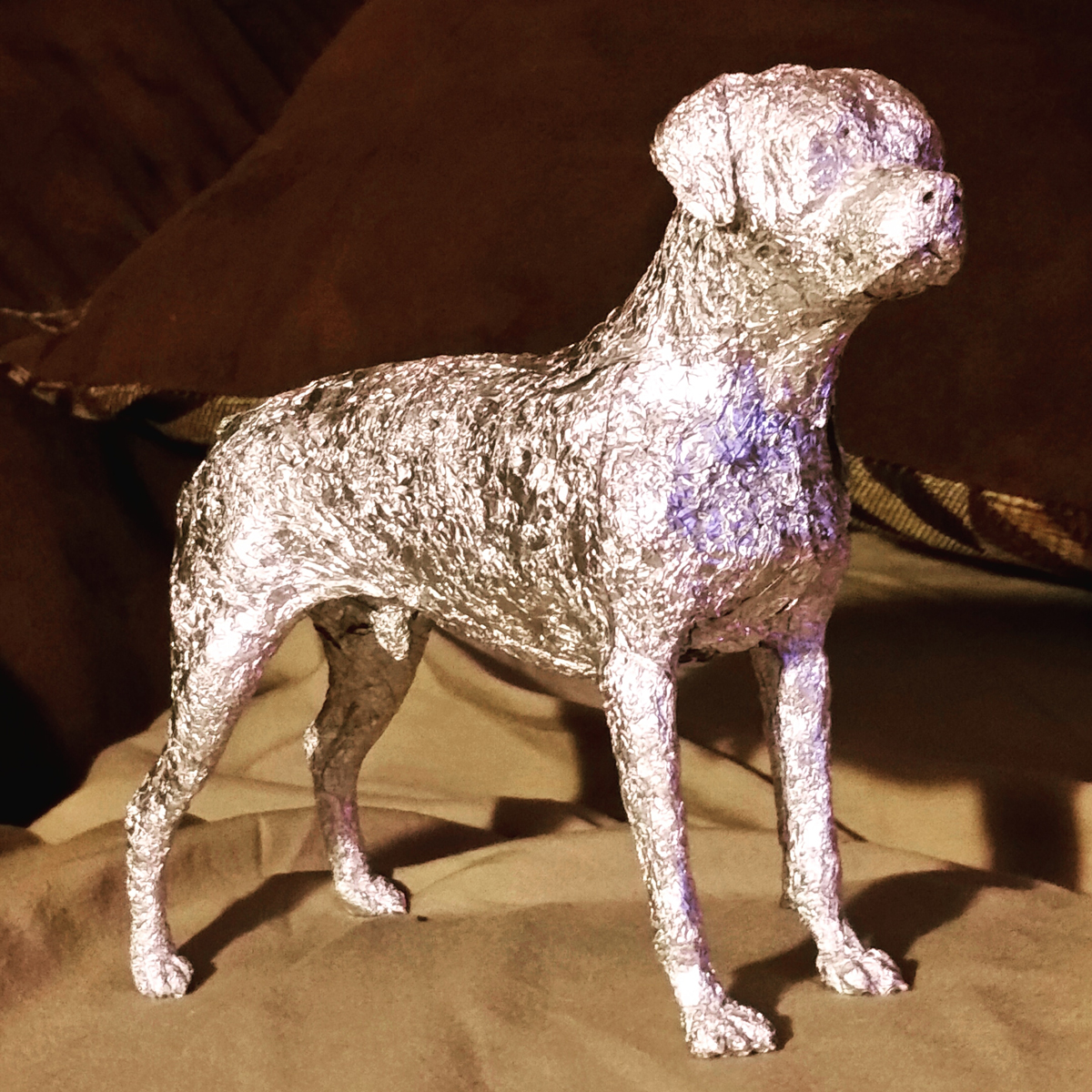 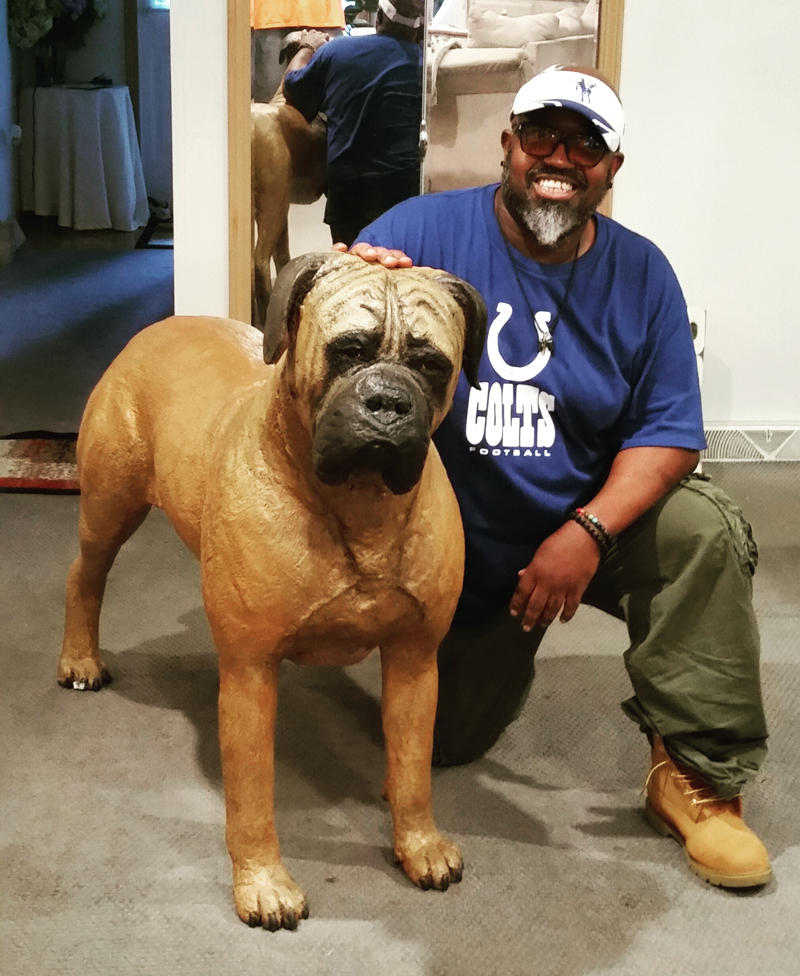 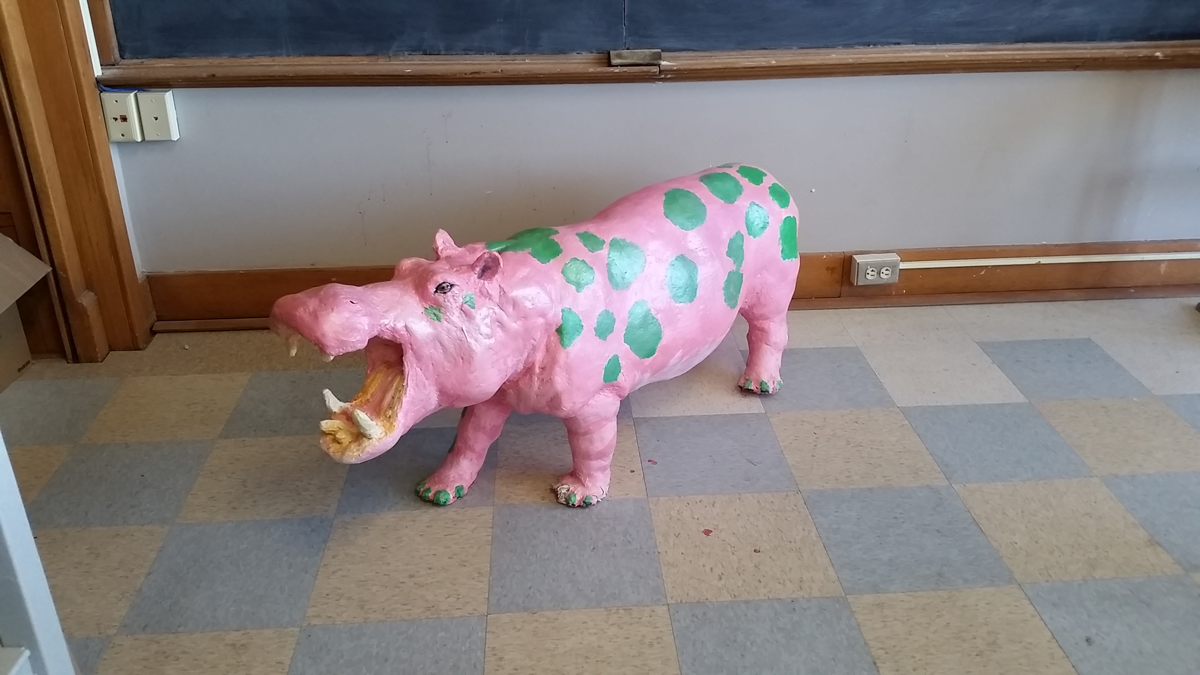 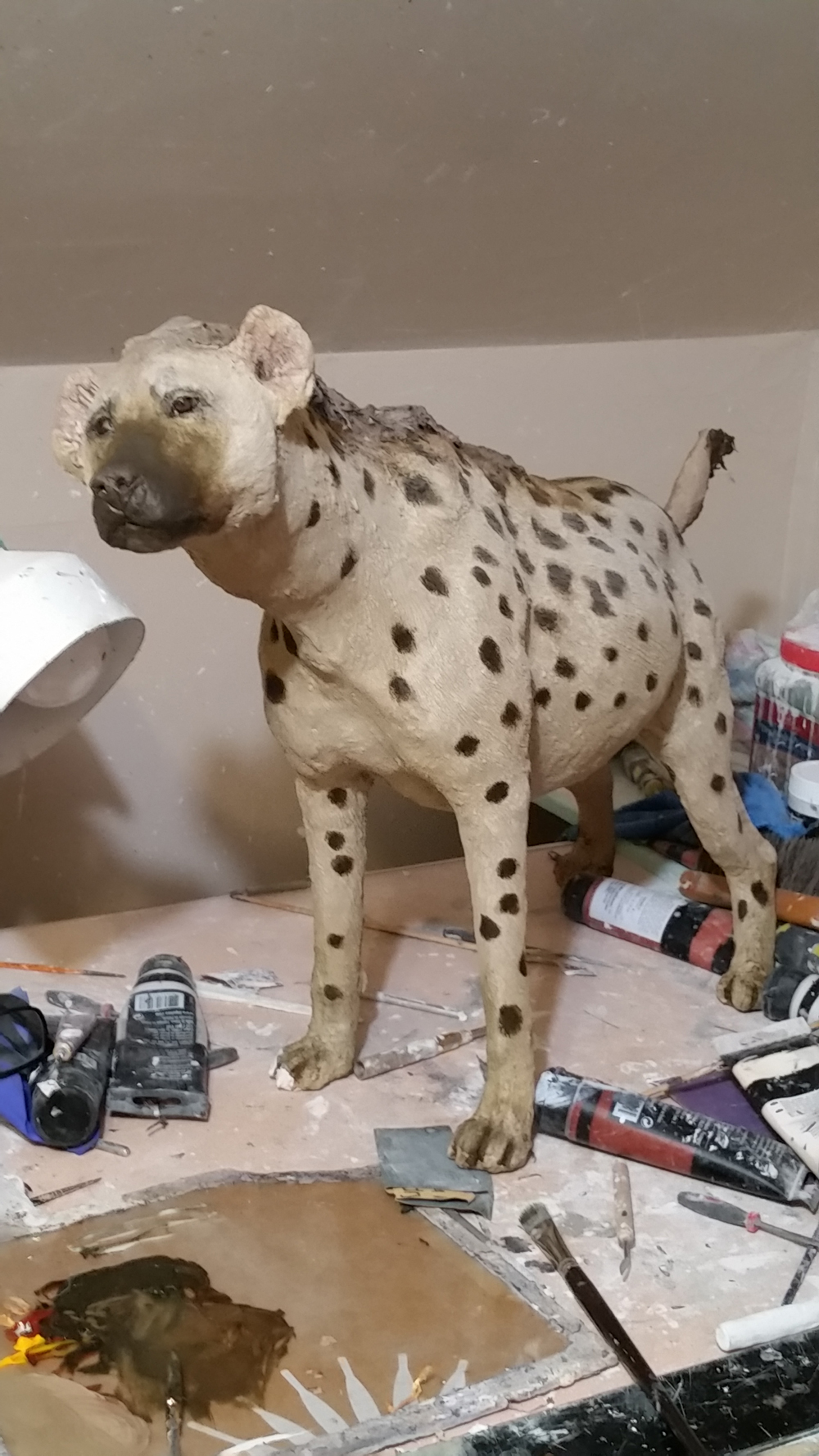 In 2020, he was chosen as winner of the GFAC All Media Membership Exhibition Competition and currently, he is working with the Urban Renaissance Center sculpting all of the animals for their North End Safari Project scheduled to launch next summer. “I’ve finished 21 of the 30 sculptures for the project,” he says. The animals include a giraffe, rhino, hippo, water buffalo, leopard and many more. He is also diligently working through a backlog of client commissions and recently began adding personal and celebrity busts to his catalog of sculpture subjects.

Turner hopes to continue to play a role in Flint’s resurgence well into the future and sees art as something that can set Flint apart. “Again, a main goal of mine is to help spread the love and importance of art through the kids and people of the North End,” he says. “Like basketball, art can be a boon to this city.”

Turner is also looking to acquire multiple desktop easels for his students enrolled in the art program at SBEV with the goal of teaching them vertical drawing and painting. If you would like to help, email martin@sbev.org.