When she was 12 years old, Tracy Palmer’s family moved to Michigan from Illinois. They landed in Beecher, where Palmer spent the rest of her school years attending Dailey Elementary and Beecher High School. She considers herself a Beecher Buccaneer to this day. She played sports, (track and basketball) and wrote a lot of plays, but wasn’t in any of them – more comfortable behind the scenes. “My outgoing personality was always there, but didn’t come out until I was grown,” Palmer shares.

Her tendency to remain behind the scenes and then sprout wings is evidenced by her time running Trendsetters Productions Modeling and Etiquette School, and now by her leading role as a local anti-bullying advocate. Witnesses to her community engagement are the students she mentors at Trendsetters, including Mari Copeny, who took notice and contacted My City to feature Miss Tracy in a “My Hero” story. 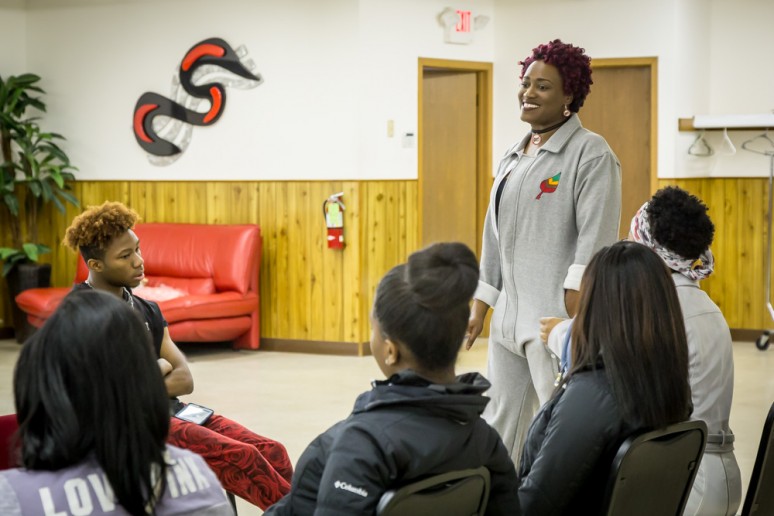 Palmer first became involved with Trendsetters when she sent her oldest daughter, Jasmine, there for classes. When the previous owner moved from the area, Palmer took all she had learned from her time behind the scenes observing how the program operated, and made her own plan. Five years ago, she started operating Trendsetters and changed its motto to, “It’s not about being a model, it’s about being a (ROLE) model.” Her goal was to transform Trendsetters into more than a modeling school, and says that parents of students started to take notice. “I implemented classes on confidence, self-esteem, etiquette in the classroom and at home, and respect,” she explains. “I believe that how students feel about themselves has an impact on their progress.”

Currently, 32 students are enrolled in Trendsetter’s ten-week program. The two-hour classes take place on Saturdays during the schoolyear. In the summer, they meet two days a week, based on what works best for the students. They also have rehearsals for the fashion shows they put on twice a year. Classes focus equally on building confidence and self-esteem in a positive and supportive “safe haven” atmosphere, and also include modeling instruction with fashion and beauty experts.

Palmer expanded her focus to also become an anti-bullying advocate after one of the safe haven group discussions at Trendsetters turned into an eye-opening experience. Palmer’s own daughter, Zahria, opened up about her painful struggle with bullying. After she revealed that because of bullies at school, she was having panic attacks and doing her homework in the bathroom, the other group members opened up. “It was like a domino effect,” Palmer says. The kids started sharing their own experiences, and Palmer began to research the issue of bullying on a local level. She discovered that Michigan was ranked number one in the nation, based on a study done in 2016 by wallethub.org, and that kids were committing suicide because of severe bullying. “I told my husband, Corey, ‘we have to do something’,” she recalls.

The couple got to work creating the Like a Boss Anti-Bullying Fashion Show, which took place last July at Northbank Center in Downtown Flint. At the show, the fashion itself brought awareness to the impact of bullying. One model wore a pair of pants that was printed with the names of kids who had recently committed suicide. For a promotional photo, Palmer allowed students to write on her body any negative words they had been called. “We wanted it to be a powerful statement: be stronger than the negativity,” she explains. 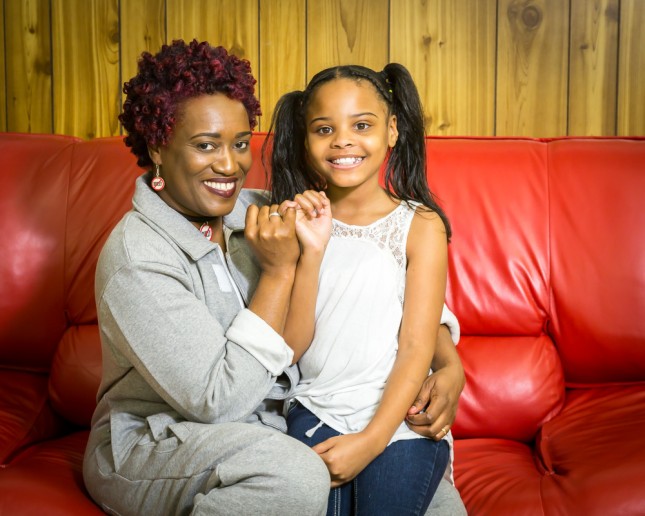 Palmer hosted her first anti-bullying workshop in March. “Everyone who was there, their life changed,” Palmer smiles. “It was affective, it was amazing.” The workshop focused on education about the types of bullying, statistics, and especially what resources are available so that kids never have to feel like there is no hope. Trendsetters students of all ages participated and told their stories, some in the form of a skit depicting how they prevailed after being bullied. Palmer also opened the floor for everyone to speak up, “because they need not feel alone,” she says.

“I believe that there are two main reasons why bullying brings kids to the desperation of considering suicide,” Palmer states. “Children lose their identity from being bullied. So, they need to strengthen that identity.” She insists that if kids are comfortable in who they are, it’s harder for someone to break them down. “The second reason is that kids are afraid to speak out. They are afraid of the consequences of telling, and are unaware of resources that can help them.”

Nine-year-old Amariyanna Copeny (Mari) met Palmer when Mari joined Trendsetters about a year ago. Mari has been working hard to raise awareness of the water crisis in Flint, which has brought her much local and national attention and the nickname, “Little Miss Flint.” She met former President Obama last May after she wrote to him about the Flint Water Crisis.

“Miss Tracy does so much for the youth that are part of the Trendsetters Model Productions family,” Mari says. “She mentors all of us, she teaches us how to have confidence and hold our heads high. She is always there when you need her. She is a positive in a community that has dealt with so much negative.” Mari loves that Trendsetters is like a big family and says Palmer has helped her stand up to some of her bullies. “Tracy is a hero because she really does make the world a better place,” Mari adds. “She wants to see all her students succeed and is always working her hardest to make sure we do our best. Having her in my life means I have someone to look up to and show me how to mentor others.” 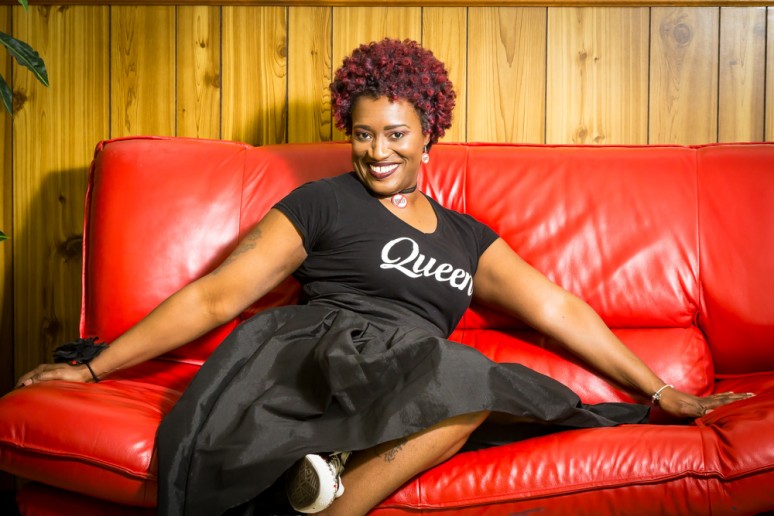 When asked who she considers her biggest hero and inspiration in life, Palmer said, “my husband is definitely my hero.” Corey has been a Flint Firefighter and First Responder for 17 years. “He’s seen it all and in Flint, it’s always something,” she says, adding that the Palmers’ family of six all think of him as a hero, too. “They know that what he does is not easy, and he works 24-hour, sometimes 48-hour shifts. But he always has a good attitude about it.”

Palmer’s face lit up when she was asked how it feels to be considered a hero by Mari. “When Mari and I talk it’s like this: ‘you’re my hero – no, you’re MY hero!’ Mari is amazing already and she’s just a kid. I am honored because that means I’m still able to pour into her even with all of the amazing things she is doing.” Palmer doesn’t consider herself a hero, but feels that she is doing what she is meant to do. “It doesn’t ever feel like work, because I want to help these kids.” Tracy Palmer’s classes create safe havens for students to share and feel heard.
Photography by Eric Dutro