By the late 1870s, manufacturing and factories were beginning to dominate the City of Flint, taking the lead from the lumber and mill industries. Carriages filled the streets; banks were busy creating the world of finance and technological advances offered new opportunities through communication and the advent of affordable electricity. During this time period, the first telephones were placed in businesses and homes, and street lamps were installed along Saginaw Street. The mayors of this time played multiple roles in city government and social organizations, and helped to start the city’s manufacturing revolution as the last of the area’s lumber barons began to fade away.

This series will track each of the city’s mayors throughout history, providing a short account of their professions, lives and decisions in office (if known). Some mayors were men/women of great deeds or of great controversy; some simply acted as placeholders in time. Each, however, chaired a city important to its country and its citizens on its path through triumph and heartbreak, and toward its revitalization. 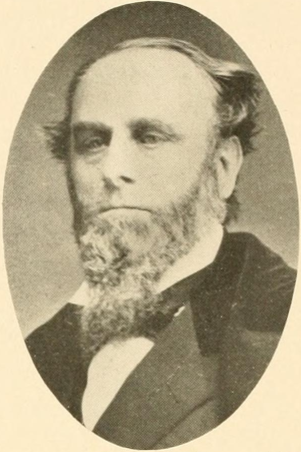 Arriving in Flint in 1837 from Buffalo, NY Thomson played a large role in populating the entire State of Michigan. He came to the U.S. from the United Kingdom when he was very young, his family setting roots in New York State. As a young man, Thomson entered the law profession and worked for a time in Buffalo with President Millard Fillmore. After arriving in Atlas, MI he was named prosecuting attorney for Lapeer County and then, upon relocating to Flint in 1845, became prosecuting attorney of Genesee County. In two years, he was elected to the State Senate where he served as Chairman of the Judiciary Committee, Chairman of the Committee for Mines and Minerals, and on State Affairs. It was Thomson’s bills that resulted in the establishment of the Michigan School for the Deaf in Flint. Also, during his time in the Senate, he introduced a bill in support of promoting emigration to the State of Michigan. His enthusiasm for the issue inspired Governor Ransom to name Thomson as commissioner of emigration and Thomson next published a pamphlet entitled, “The Emigrants Guide to Michigan’’ which he introduced to newcomers in New York. Soon, he found himself traveling to Stuttgart, in the Kingdom of Wurttemberg, Germany where he rallied over 2,800 persons to emigrate to Michigan. During the eruption of the Civil War, Thomson established Flint as the rendezvous point for the 10th Michigan Infantry – a barracks soldiers nicknamed Camp Thomson. After the war, Thomson fell into the quiet life of his profession and his passion. He held an enormous library of the works of Shakespeare and traveled the state giving lectures on The Bard. In 1880, he sold his entire collection to the University of Michigan-Ann Arbor for a sum of $3,500. In Flint, Thomson named Avon St. in Shakespeare’s honor. He died in 1886 and was buried in Glenwood Cemetery.

Born in Stafford, NY Eddy came to Flint as a young boy and at the age of nine, gained employment in the mercantile store of George Hazelton. Later, he acquired an interest in the business and started the firm of Moore & Eddy. After the war, Eddy jumped into the lumber business and operated a planing mill with Artemus Thayer. Next, he engaged in real estate and built his home on Eddy St. (the current site of the Flint Public Library). As mayor, Eddy purchased the Genesee Democrat newspaper where his more famous son, Arthur Jerome Eddy, worked as editor. During his professional years, Eddy also served as delegate to the Democratic State Conventions and as United States consul in Canada. In 1865, Eddy purchased a stake in the short-lived Pit-Hole Petroleum Company in Pennsylvania. He died in 1905 and was buried in Glenwood Cemetery. 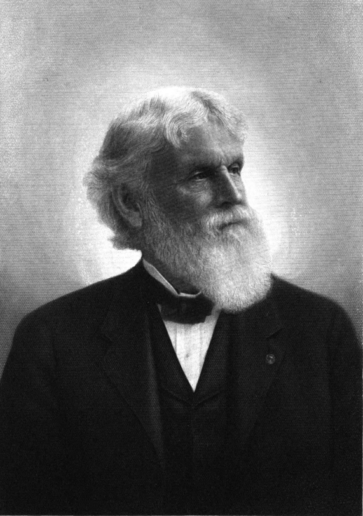 Born in Ontario, Canada, Willson began his adult life in New York as a school teacher and by making daguerreotypes (early photo reproductions). Around the age of 20, Willson traveled to Ann Arbor to study medicine at the university. After graduating from that fine institution in 1859, Willson moved and set his practice in Flint. When the war erupted in 1861, he was named surgeon of the 10th Michigan Infantry but was soon moved to the 8th Infantry where he witnessed battle and hardship in South Carolina. He resigned a year later due to ill health and was promptly appointed Michigan’s military agent in Washington. After the war, Willson served on the Flint Board of Education, as trustee for the Michigan School for the Deaf, as president of the Genesee County Savings Bank and as director of the Flint Gas Company. Willson was the first candidate for mayor to carry every voting precinct in the city and during his term, Flint’s first street lamps were installed, bringing light to Saginaw Street. Willson died in 1912 and was buried in Glenwood Cemetery.

Born in 1837 in New Bedford, MA Chase came to Flint in 1858 as bookkeeper for Governor Crapo. Upon the death of his employer, Chase bought and operated the Crapo Lumber yard until the business became unprofitable. After the decline of his lumber business, Chase worked at establishing Flint as “Vehicle City” by acting as a successful carriage broker for many of the city’s transportation firms. Chase was prominent in the many societies present in the city as high priest of the Masons, and eminent commander of the Genesee Valley Commandery. During his time as Flint’s mayor, the city’s first telephone call was made and the first “long distance” line was established from Flint to Pontiac. Chase died in 1900 and was buried in Glenwood Cemetery.

Mason was born in 1839 in New Hartford, NY, the son of a merchant. As a young man, he accompanied his family to Michigan in 1848 where his father ran the River House hotel, later named the Genesee House. He studied the drug and grocery business under Mr. Witherby, Mr. Wetson and Mr. Bishop for ten years until he purchased Witherby’s store in 1868 and ran it profitably for 22 years. During his professional years, Mason also dabbled in real estate buying and selling plots around the city and chose to build his home on the corner of Third and Lyon Streets. Mason’s two daughters were among the first to graduate from Flint High School. During his term as mayor, 40 additional street lamps were mounted along Saginaw St. and McFarlan Park was established as the city’s first public park. After his mayoral term, Mason served as city alderman and on the board of education. He died in 1907 and was buried in Evergreen Cemetery. 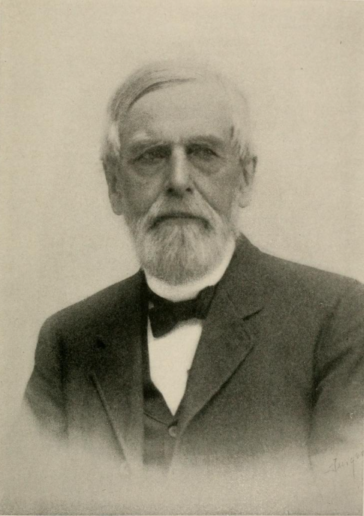 One of the most recognizable last names in Flint history, Atwood came to the city in 1866 from Niagara, NY by way of Canada where he had operated a shingle business for a few years. Upon arrival, he established a lumber business with his brother Jesse at Moon Island (later to be known as Atwood Island) on the Flint River. Like any lumber business of the day, it became profitable and allowed Atwood to expand his holdings including a partnership share in the Flint Woolen Mills with Oren Stone in 1876, a partnership share in the Wood Hardware Co. in 1884, and holdings in the First National Bank and Genesee County Savings Bank where he served as vice president. He was also president of the Flint Gas-Light Company. In 1887, Atwood was elected to the State Senate where he served on the committee on State Affairs, Public Lands and Railroads. As Flint’s mayor, Atwood was extremely active as his administration founded the city water works, built the first iron bridge and helped found the Peoples Electric Light Company. Atwood died in 1908 and was buried in Glenwood Cemetery. Twenty years after his death, the land that held his lumber business was donated to the city by his son, Edwin, for construction of a city stadium. In 1929, Atwood Stadium was officially dedicated with Atwood’s granddaughter, Helen, serving as queen of the ceremony. 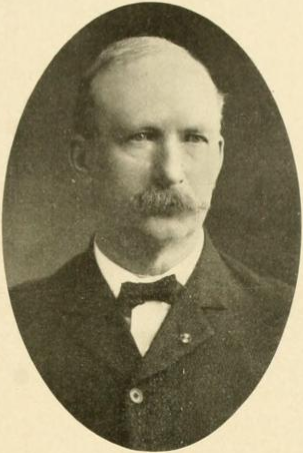 Flint’s first mayor native to Genesee County, Newall was born in Flushing in 1842 and moved to Flint with his family in 1848. At the age of 14, he left school to begin work in a planing mill where he eventually acquired ownership and continued to operate until 1881. He fought for the Union in the Civil War as a captain for Michigan’s 8th Infantry and took part in as many as 25 battles and skirmishes. In 1863, he retired from service due to wounds and poor health. Upon returning to Flint, he worked as a pension attorney, as Flint’s postmaster, school director, register of deeds and city supervisor. He worked to found the Flint Union Blues, acting as the organization’s captain from 1875-77 and was one of the original officers of the Flint Petroleum Company. During his time as mayor, Stone’s Opera House (later the Majestic Theater) was built in Downtown Flint. Newall died in 1916 and Newall St. was named in his honor.

Much of this former Flint mayor’s life remains a mystery. Joyner was born in Tennessee in 1831 and by 1887 was appointed Postmaster of the City of Flint – a position he held until 1891. Besides operating as Flint’s postmaster and mayor, Joyner is listed as a member of Flint’s Knights of Honor, serving under George E. Newall. Joyner died in 1897 and was buried in Glenwood Cemetery. During his time as mayor, the Ladies Library Association donated their building to the city to house the Flint Public Library and James Whiting founded Flint Wagon Works.