“Hip-hop is the streets. Hip-hop is a couple of elements that it comes from back in the days … that feel of music with urgency that speaks to you. It speaks to your livelihood and it’s not compromised. It’s blunt. It’s raw, straight off the street – from the beat to the voice to the words.”
— Nas 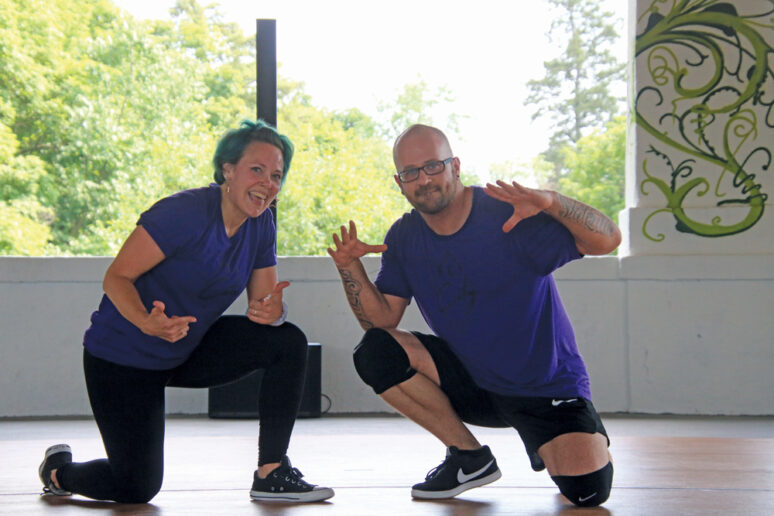 Professional dancers Jared and Alisyn Hurd, Co-owners of FLI-City Studios were brought together by their passionate love of dance. Located off Corunna Road near Downtown Flint and hidden behind one of the Flint Art Project’s beautiful murals, the alternative dance education facility offers classes taught to a variety of musical genres including hip-hop, breaking, tumbling, modern dance and more. “Breaking is one of our specialties,” Jared states, adding that there are only three other dance studios in Michigan that offer it.

Opened in 2013, FLI-City Studios is also the home of the Hurds’ dance company, Vertical Ambition Dance Company and Crew – a breaking group. The company was previously located in Ypsilanti and they practiced at various venues in the area. “We did everything to make it work but we needed a home base,” Jared explains.

Born and raised in Ypsilanti, Jared was especially drawn to hip-hop music but was always looking for new challenges and climbing new mountains. He learned hip-hop and breaking from other dancers at community centers and breaking clubs around the state. To expand his knowledge and become a better teacher, he took an online international teacher training program with hip-hop founders and pioneers. In 2019, he became certified through the B-Boy Dojo. “I learned a ton of new stuff!” he exclaims. 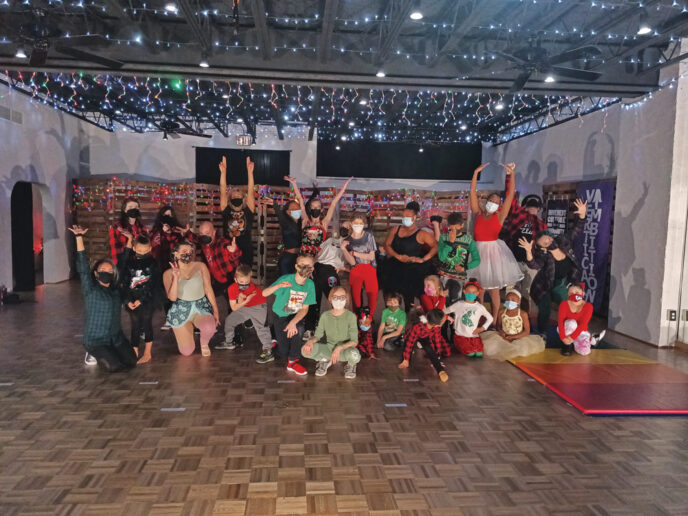 “We wanted to create a place where people could embrace dancing and offer quality instruction to all people regardless of their age or financial situation.”
Jared Hurd

Alisyn grew up in Swartz Creek. “Yes, I’m a Dragon,” she says with a smile, “and I really loved the City of Flint.” She grew up in the skating club at the Iceland Arena and began taking ballet lessons at age eight. She joined the University of Michigan-Flint Dance Team and then studied dance at the University of Massachusetts in Boston while taking classes at the Boston Ballet Company. “I never really wanted to be a professional,” she remembers, adding that the ballet training, however, was very good for her. She became very interested in hip-hop dance and while in Boston, she was exposed to breaking. “I watched it with extreme interest and jealousy,” she remembers. Alisyn earned a degree in dance performance at Oakland University and went on to earn her Master of Fine Arts degree at Hollins University.

Jared and Alisyn met while employed at the same studio in Highland, MI. “We grew together and then married,” he shares. “We were always big on continuing education in dance which pushed us to branch out on our own.”

Shortly after they married, the couple was hired to run a dance program at a performing arts school in Nashville, TN but the school ended up closing before they could begin. In 2008, they moved to Grand Blanc. “We were happy to be back in the area,” says Alisyn, adding she had always loved Flint. “We wanted to be a part of the Flint community, have a home in the city and have a voice.”

Before opening FLI-City, the Hurds taught dance at various studios throughout the state. The couple also found in their experience that once a student turned 18, they were basically done with their training at other studios and the integrity of training – especially hip-hop – was nonexistent. “We wanted to create a place where people could embrace dancing and offer quality dance instruction to all people regardless of their age or financial situation,” Jared reports. 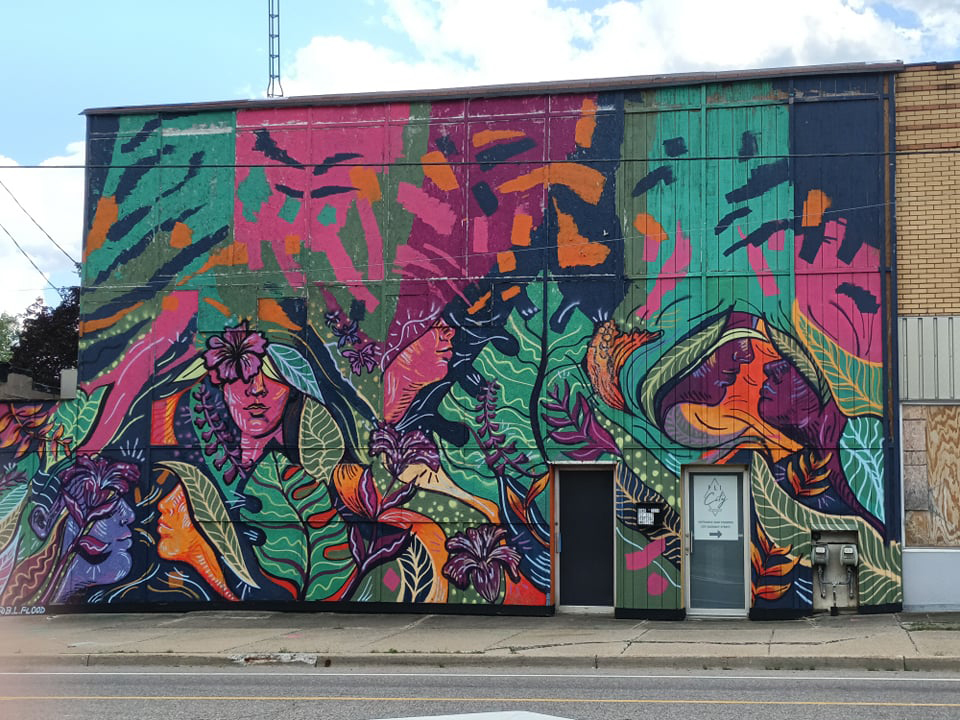 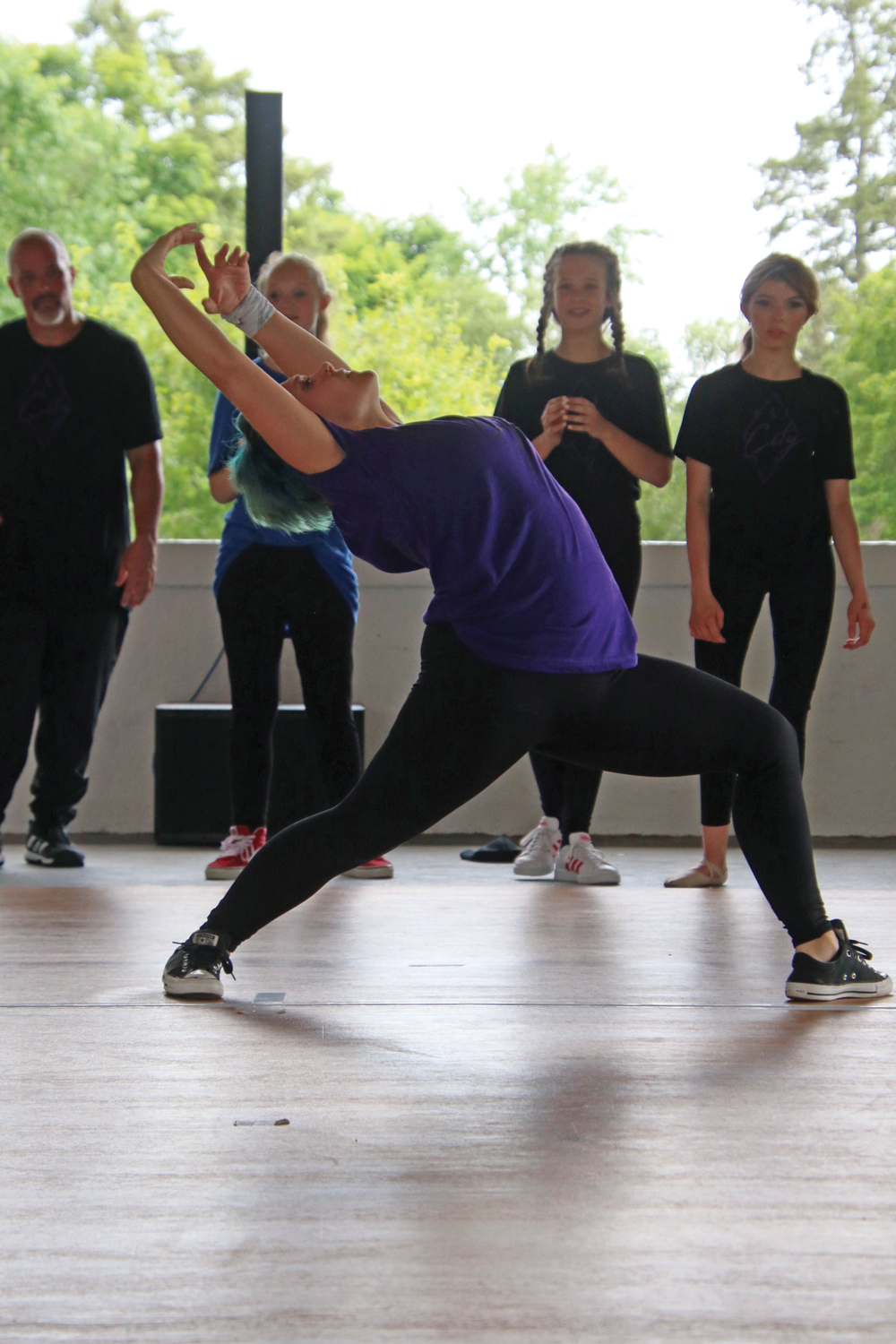 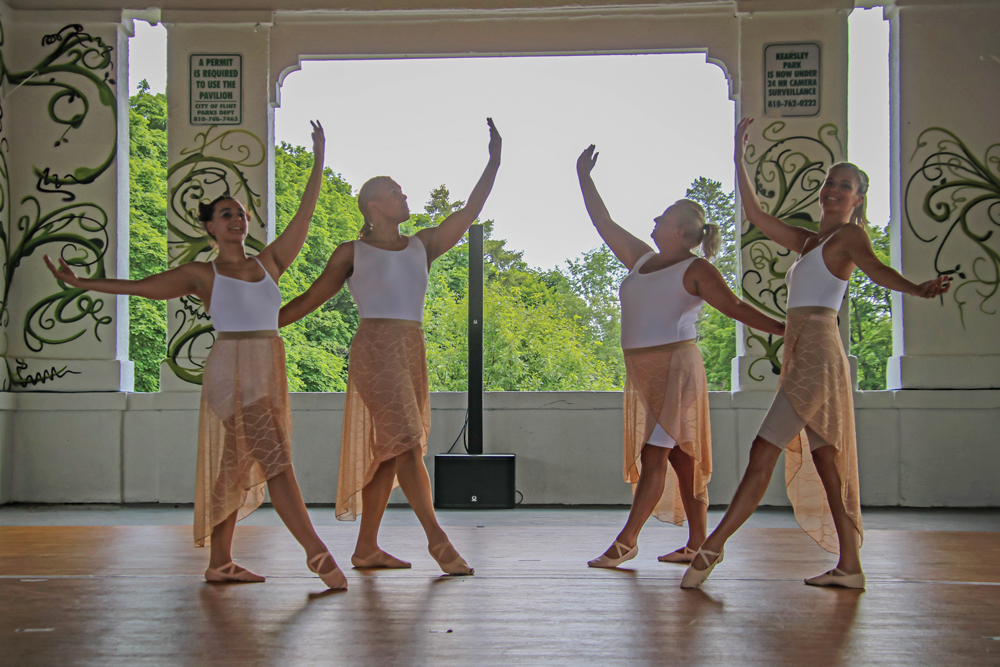 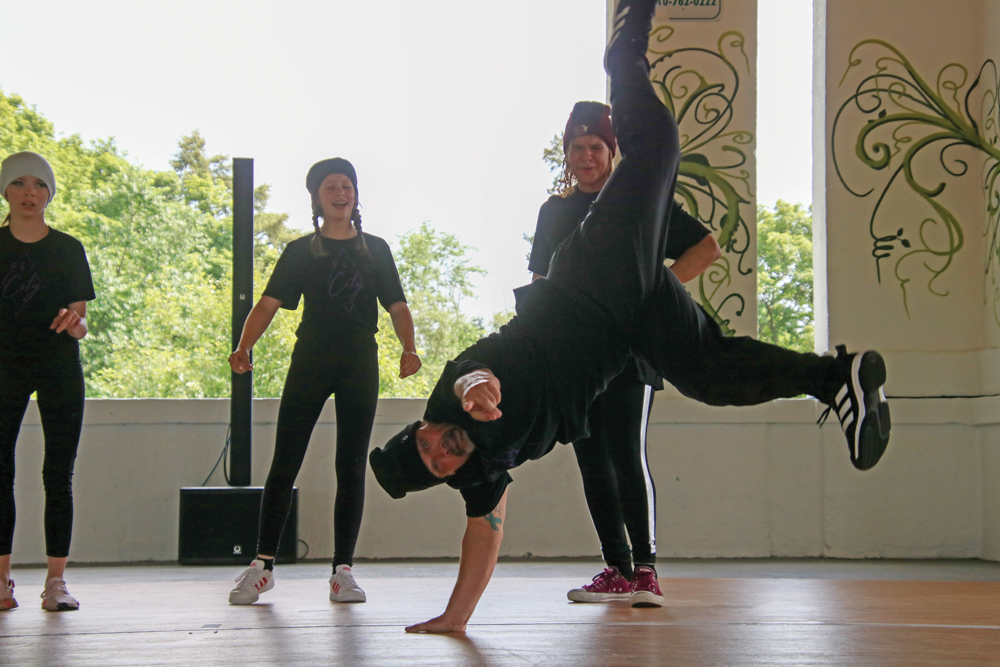 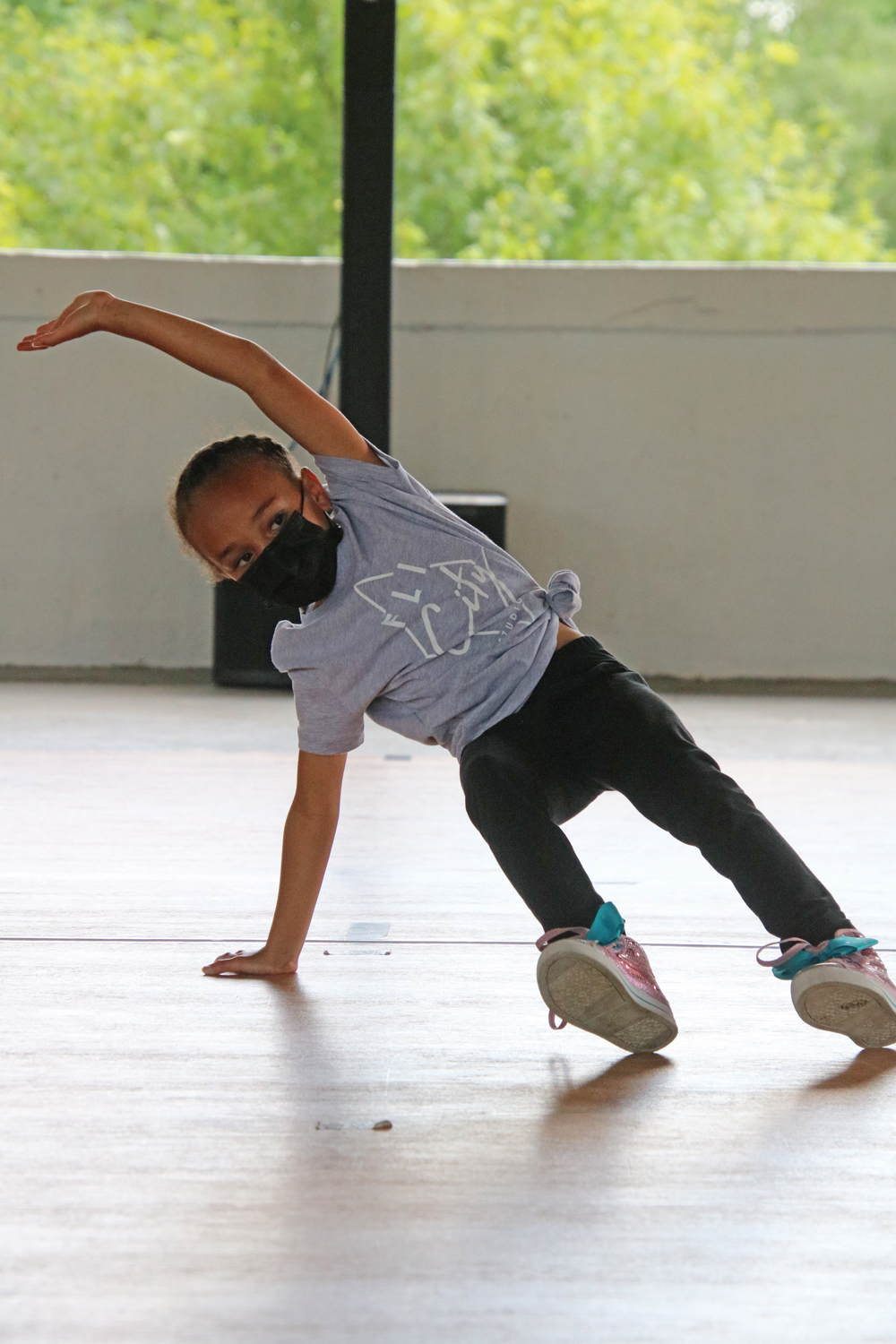 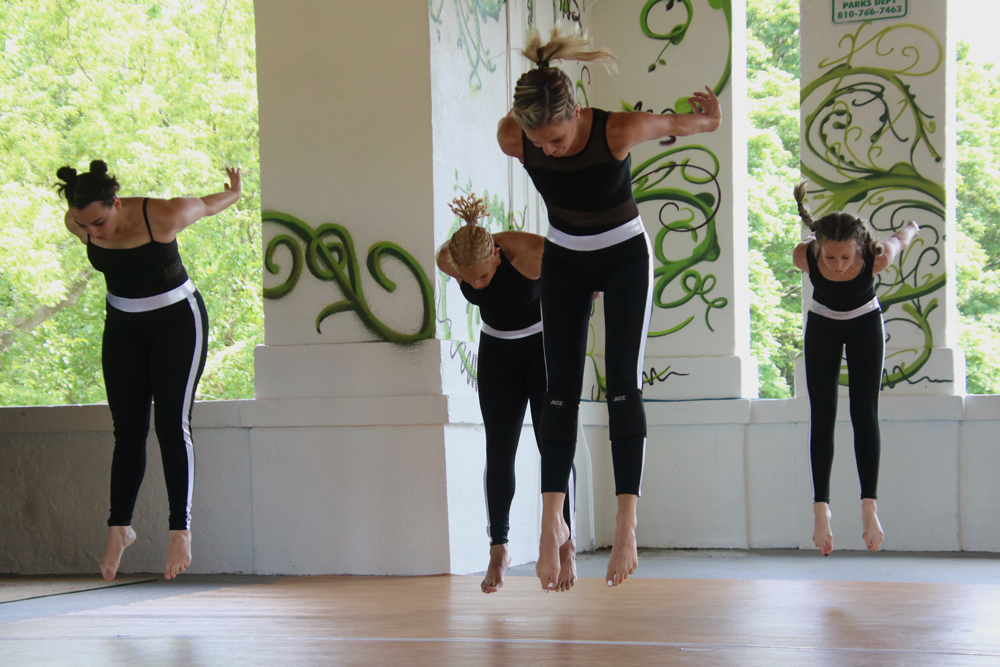 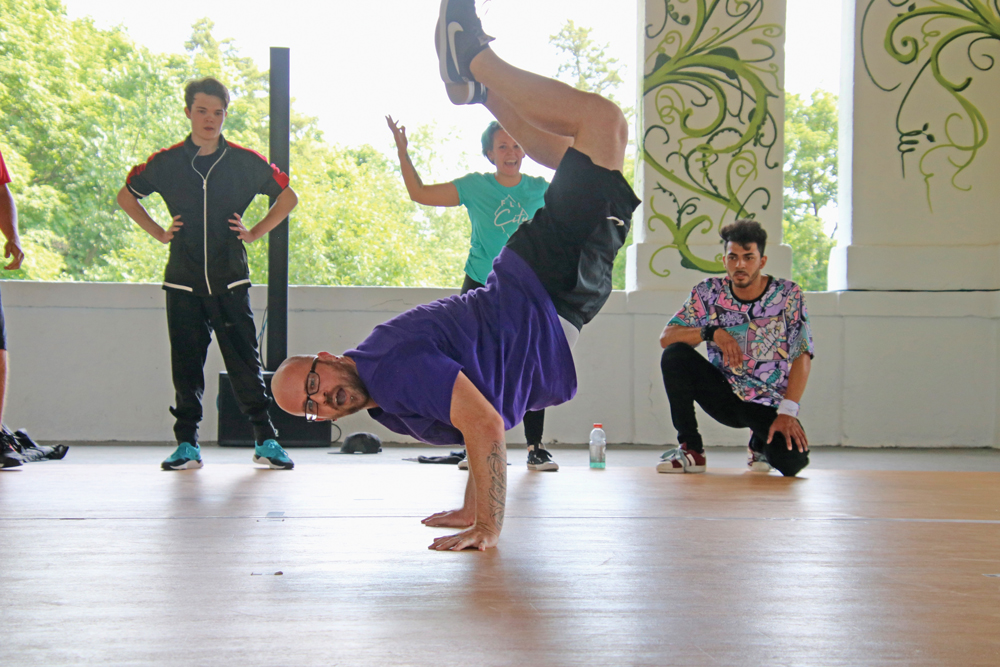 FLI-City students range in age from three to adult. “We embrace dancing as a lifelong artistic endeavor,” says Jared. “We have dancers in their 40s and 70s and everywhere in between.” Another class offered at FLI-City Studios is Adult Grooves, which teaches basic groove and hip-hop styles. “We offer virtual options for all of our classes,” says Alisyn. The most popular classes are hip-hop and breaking. “We also have a lot of ballet students of all ages.” There are approximately 50 students currently taking classes at the studio. Ballet is taught by Talia Wooten, who is certified through the American Ballet Theatre, and Jared and Alisyn teach the rest of the classes.

Each year, FLI-City performs two showcases – one in December and a Spring Showcase in June. They are usually held at the studio but last year, the spring performance took place outside at Kearsley Park Pavilion. “It was so lovely!” Alisyn exclaims. “It was fabulous. We’re doing it there again this year.” They have also danced at Factory Two. “We’ve performed all over!”

One of the exciting events at FLI-City Studios is the free open sessions held every Wednesday from 7:30-10pm. “Just show up, and practice and learn from the other dancers,” Jared says. About 15-30 dancers come from all over the state to participate. “We strive to make all people feel welcome. It’s about you being you and expressing yourself.”

On the last Wednesday of each month, FLI-City hosts a dance battle when dancers have the opportunity to get on the floor and show their skills. The open-style battles are free to attend and participate in. There is an opportunity to win cash and winners get their photo hung on the wall in the Hall of Champions. “This is one of our biggest nights!” Alisyn exclaims.”Just get up there and give us what you’ve got.”

The Hurds want to make sure that everyone who wants to dance has the opportunity to do so regardless of their financial situation. FLI-City receives donations from people to help make that happen. “We try to find a way to make it work,” Alisyn says, adding that they maintain affordability by offering multi-class discounts, as well as friends and family discounts.

What both Jared and Alisyn like most about their life’s work is that it’s fun! “It’s amazing to see the dancers build confidence,” Jared says. “What we offer is unparalleled and we built it from the ground up. Hard to find at first, we are a hidden gem behind a beautiful mural.”