A $19 million Downtown housing project is in the works at the site of the old YWCA at 310 E. Third Street. According to Jacob Horner, Vice President of Development with PK Development Group in Okemos, construction will begin as soon as the old YWCA building is demolished. PK Development Group was contracted by Uptown Developments to oversee the project. Horner is the lead person for the building of two structures – one is a four-story, mixed-use building on the north side of the property facing the bus station. There will be three retail spaces available on the first floor totaling 4,600 square feet. The building will also house 75 one-, two- and three-bedroom apartments. The structure on the south end will house a series of town homes, according to Horner. “We want to cater to families,” says the vice president. “We want to provide housing that will include all demographic groups.” He says half of the housing will be designated as affordable, and half will be market-rate housing.

Horner anticipates that demolition of the former YWCA will take place around the first of July and is not the responsibility of PK Development Group. “Demolition is being done by the YWCA,” he adds. Asbestos has been taken out of the building and cell phone towers have been removed. The demolition process will take about six weeks and construction on the housing project should start in September of this year.

Construction is expected to take about 14 months and is planned to be completed by November 2019, if there are no unforeseen delays. “We’re very excited!” Horner exclaims. “This is our first project in Flint and we are very happy to be working with Uptown. We view this as the first of many more projects in Downtown Flint.” 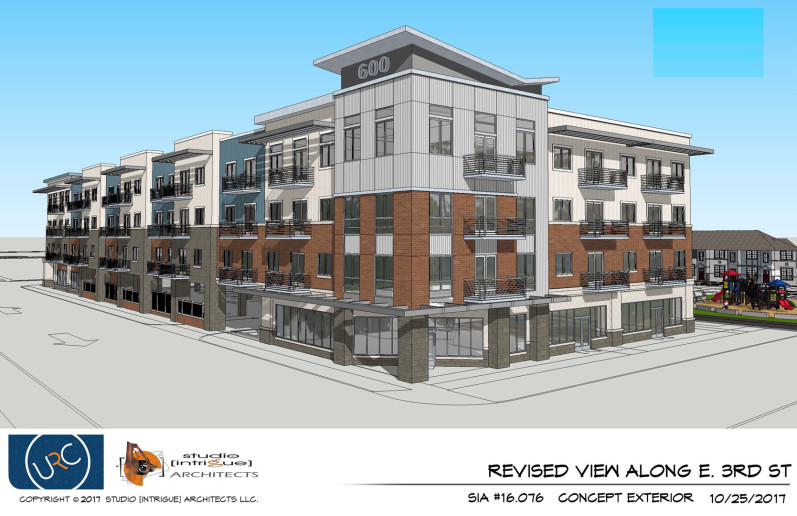 Uptown Reinvestment Corporation is facilitating construction of a 101-room Hilton Garden Inn hotel Downtown at 352 S. Saginaw Street. According to Tim Herman, CEO of the Flint and Genesee Chamber of Commerce, the project is estimated to cost $36 million and is still not fully funded at this point. “There is one more piece of funding we are working on,” he reports.

The plan is to renovate the former 11-story Genesee County Savings Bank building. The hotel will offer a full-service breakfast, lunch and dinner restaurant, a banquet facility, and roof-top deck and bar, Herman explains. There will also be community space available for meetings. A six-story annex building is being restored, as well. The plan also calls for the demolition of two structures which will allow for a large, open space to the southwest of the hotel. The goal is to have guests stay in the heart of Downtown Flint. “It will be wonderful,” Herman says.

“We were pleased to receive approval of the site plan by the City of Flint,” he adds. Also approved was the reconfiguration of Buckham Alley and the vacation of a street – Buckham Alley, north of W. Kearsley Street – to create a private drive for hotel guest drop-offs.

Herman says as soon as all funding issues are resolved, construction could begin as early as fall of this year. “We’re very optimistic,” he shares. “This is just one more step in keeping the momentum going in the Downtown revitalization effort. It’s great for Flint!” 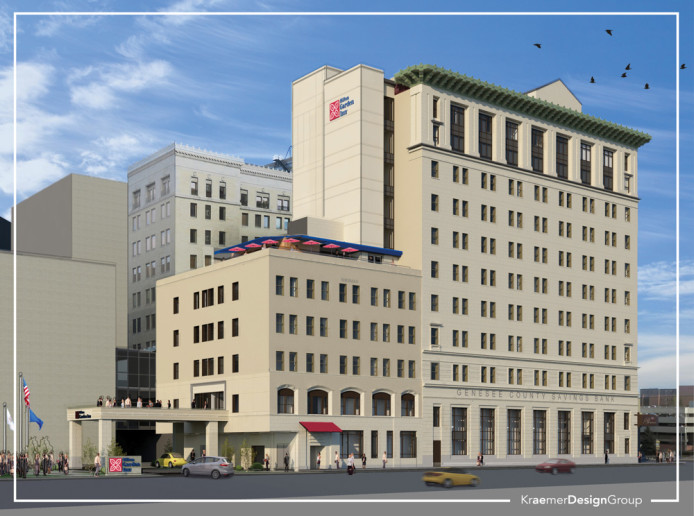