You can’t visit the village of Holly without stopping for a little slice of heaven at the Red Devil Restaurant. Established in 1973, the popular Italian eatery is owned and operated by the Iatonna family. Owner Tony Iatonna started out working at a Detroit pizzeria where the owner, Tony Ambrosio, taught him the business and how to make the best pizza in Detroit. “I got robbed too many times in Detroit so I decided to look for a quiet little community to start my own restaurant,” remembers Tony. So he headed north looking for the little town of Ortonville, and a wrong turn put him in Holly. “I liked what I saw here so I stayed,” he said with a chuckle. 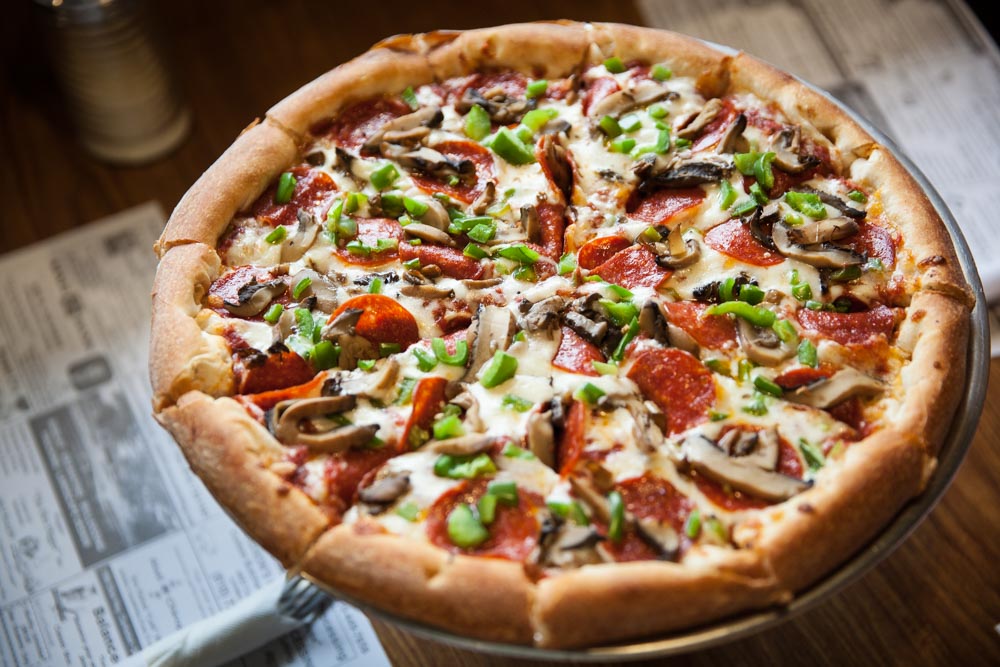 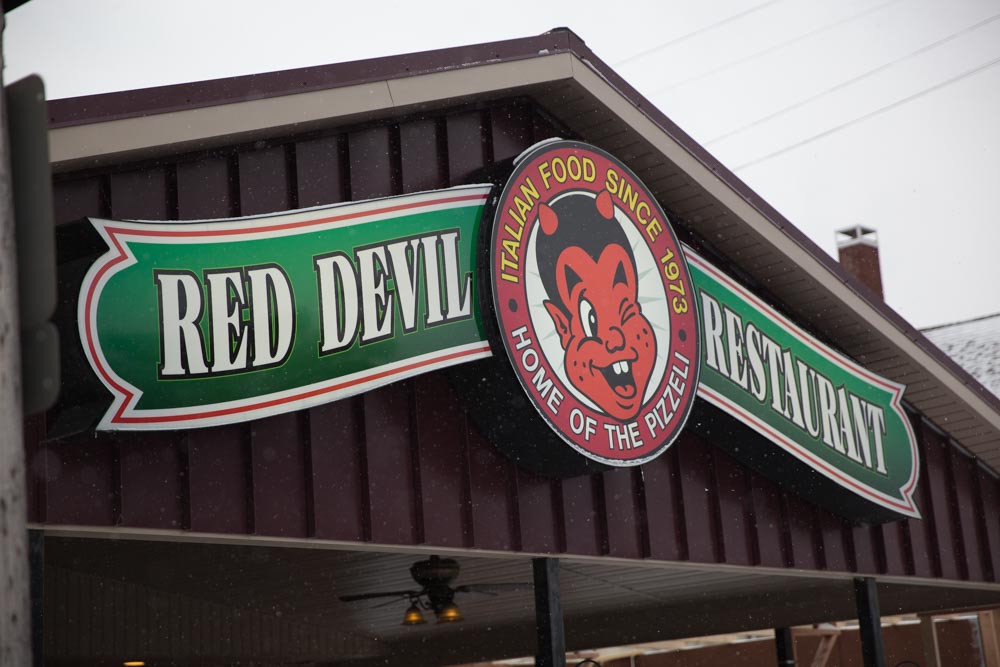 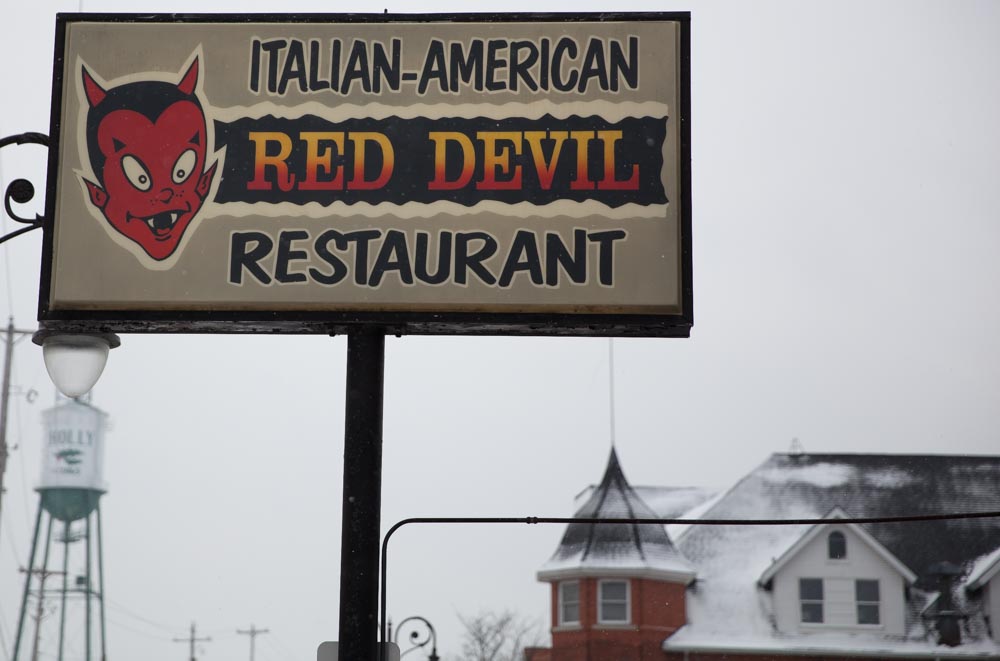 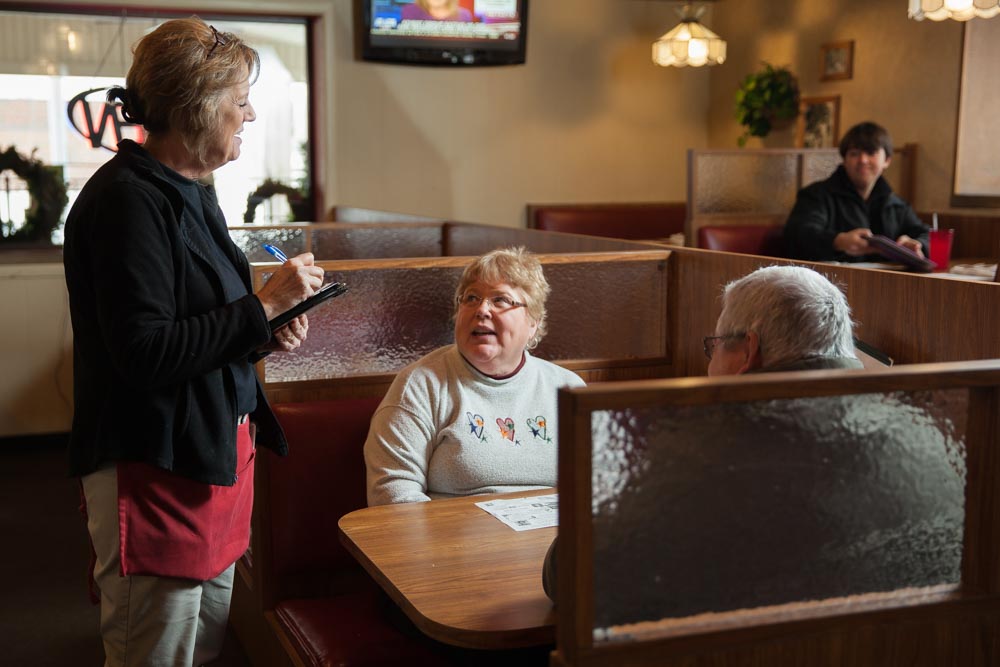 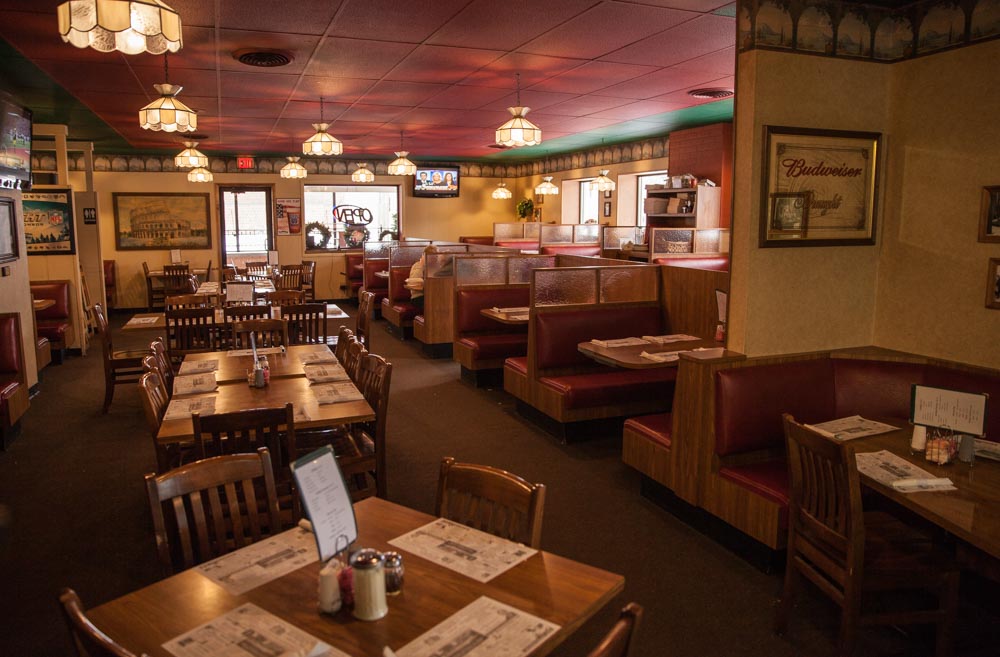 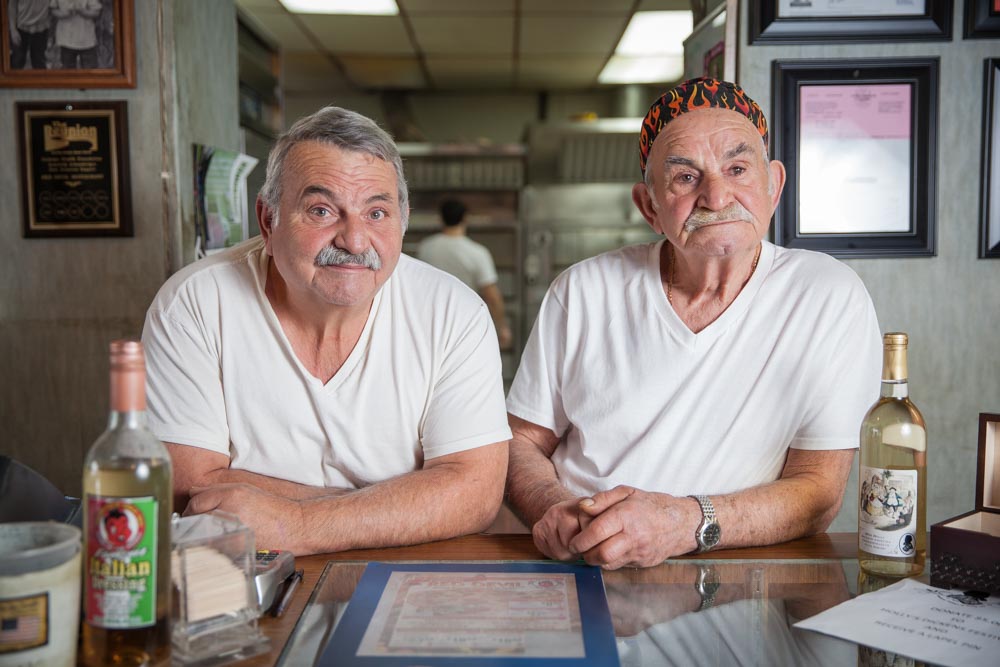 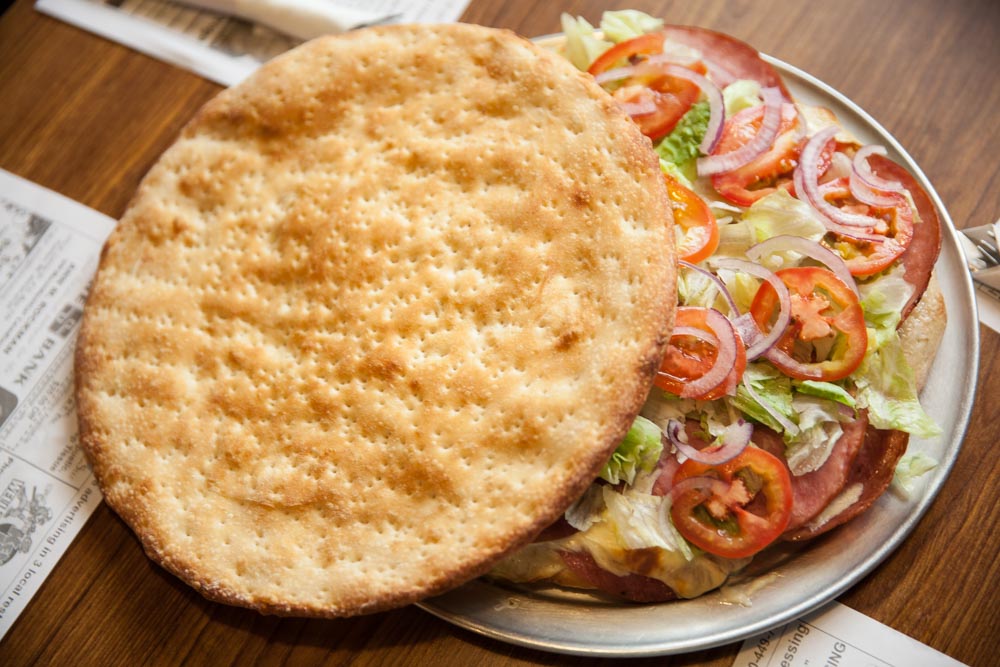 Tony purchased some property in Downtown Holly and opened a restaurant, starting small with a limited menu of pizza, sandwiches and pasta. An opportunity arose in 1975 to purchase the building next door, so Tony expanded the dining room and kitchen. The most recent expansion was undertaken four years ago to create an outside patio with seating for 80 diners. Despite the expansions and a second restaurant in Fenton, the business remains a family affair. Tony’s brother Carmine is his business partner and his son John is the general manager. Son Carmine handles the public relations and son Michael manages the Fenton Red Devil location. Tony’s wife Deborah is a Holly girl whom he met when she started working for him many years ago. “I married her, so I had to fire her,” he laughs.

Red Devil is an oft-visited site for locals and folks from the surrounding areas, and the traditional round pizza is the most popular menu item. The homemade sauce is made from Italian tomatoes, which are less acidic than American, and the dough is made from scratch daily. The pizzas have been cooked in the same brick oven for the last 41 years. “There’s years of seasoning in those ovens. It’s something I will never change,” says Tony. In addition to a large variety of pizza and Stromboli, other favorite Italian dishes include classic lasagna, made from a recipe that has been in the family forever, spaghetti, meatballs, chicken parmesan and veal parmesan. All sauces are made from scratch daily, including the meat, marinara and Alfredo sauces. Other menu choices include fish and chips, jumbo fried shrimp and a variety of oven-toasted sandwiches.

What draws many patrons from far away is a Red Devil trademark: the famous Deli Pizzeli, a taste sensation concocted by Tony. It starts with home-style flatbread that is topped with the finest ham, salami, provolone and Swiss cheese, and baked in the brick oven. The Pizelli is then topped with lettuce, tomato, red onion and Tony’s special dressing, and then covered with another flatbread that is slathered with butter and olive oil. “Finally, we put on our magic dust!” exclaimed Tony. “That’s what makes it magic and no one but me knows what’s in it.” The recipe is so secret that Tony put it in his Last Will to be passed on. “It will live on after me,” he joked.

To keep the restaurant running smoothly, it takes a staff of 26 people, who are all considered family. Cheryl McDougal has served Red Devil customers for 40 years. “She has made my dining room what it is today,” says Tony, “and she has to stay here until I go.” Cheryl even has a dish named for her on the menu; Cheryl’s Special is a combination of Red Devil’s baked spaghetti and baked meatballs.

The entire Iatonna Family is grateful to their many loyal patrons for supporting them through the years. “Our servers know what customers want to order before they even sit down,” Tony laughed. “I want to thank the community of Holly. They have supported me and my family and have made us who we are!” ♦