When you are creative, talented and compassionate – the results transform lives.

That’s exactly what Flint’s 67th District Judge Herman Marable’s singing talent has done. Belting out his favorite childhood song, “Brandy (You’re a Fine Girl),” by Looking Glass, in a local karaoke contest in 2004 earned him a $1,000 first prize – which he did not hesitate to use as seed money for the Judge Herman Marable Student of the Month/Year Award. He went on to win another karaoke contest and raked in $5,000 – all invested in the next generation of law-focused learners.

The award is in perfect harmony with Marable’s intent to plant seeds of education and promote career goals for kids who might not have been encouraged to go to college. So far, more than 100 Flint and Genesee County area high school students have been recognized and selected based on essays – they get an opportunity to job-shadow the Judge, visit the Michigan State University campus and talk to admissions advisors, eat lunch on campus and visit the dorms. In addition, they receive $75 and a trophy.

James Richardson, Jr., a junior at Grand Blanc High School, was chosen Judge Herman Marable Student of the Year 2017. He plans to attend college, study criminal justice and become a prosecuting attorney. “Judge Marable is an upstanding man who gave me great insight on what it takes to become an attorney,” says Richardson. “He gave me a real-life glimpse into the steps and requirements needed to get there and reach my goals.”

It feels good to know that we’ve been able
to touch some young people’s lives.”
Judge Herman Marable, Jr.

“The whole idea started out in my courtroom,” says Judge Marable, who credits his parents, both Tennessee State University graduates, with raising him to wonder where he’d go to college, not whether he would go or not. “They unconsciously sent a message to me that attending college was expected,” recalls the graduate of Ohio State University College of Law and James Madison College at Michigan State University, which is a public affairs school and international relations program. “That’s not always the case for everyone. Most of the people I see on my docket are under 30 and have, unfortunately, quit or dropped out of high school. There’s still a segment within certain schools where it is not ‘cool’ to get good grades. I know the importance and value of education, so I wanted to find a way to give that to these kids.”

Charis Lee, a Carmen-Ainsworth grad now 28, won the award when she was 15. “I submitted an essay about my career goals related to the field of criminal justice and law, and I won,” says the MSU and Thurgood Marshall School of Law at the University of Southern Texas graduate. “As part of my award, I got to spend the day with the Judge. I remember seeing him perform his daily duties – he had so much compassion for every person who stepped into his courtroom. He also really put effort into matching the punishment to the crime and no more. All of that really made an impression on me.”

Lee says the Judge’s support propelled her to become the first college graduate – and lawyer – in her family.

“I had my eyes opened about how the law touches all of us from the time we’re born until we die,” she says. “The law makes an impact on every area of a person’s life and realizing this was really the driving force which motivated me to become the first attorney in my family.” 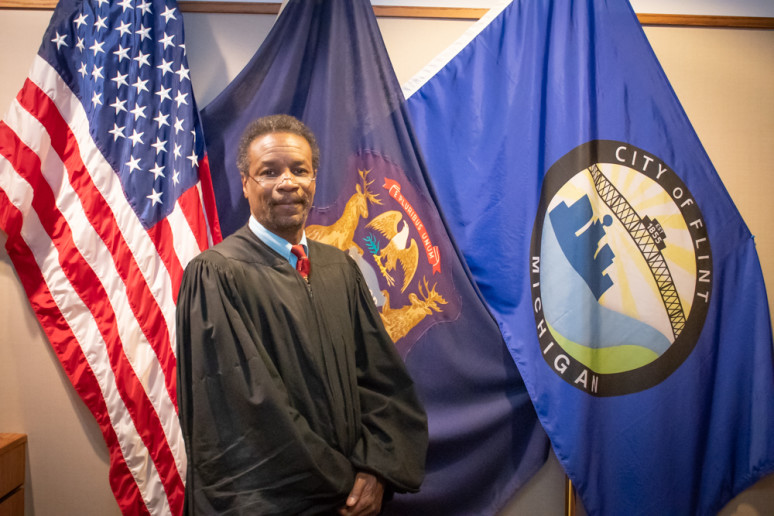 Today, Lee, advises high-level managers and directors regarding employee relations at the Fortune 500 Lockheed Martin in Atlanta, GA. “I am privileged, and I really enjoy what I do. I remember how Judge Marable believed in me, and that is what really made a difference in my life to pursue my education.”

The Judge made such an impact, Lee called him when it was time to take her oath to uphold the Constitution of the United States of America. “I have no family in Texas,” she says. “I wanted to come home to Flint and be sworn in by Judge Marable. He is entrenched in my success. He’s not just lip service, either. He stayed in touch and even sent me a check to help support me when I studied abroad. On the day of my oath, I had all of my family and friends there to support me in his courtroom – where it all started.”

What unfolds in his courtroom often requires the Judge to be an impartial decision-maker; but choosing winners for his awards program is where he reveals his passion.

“It feels good to know that we’ve been able to touch some young people’s lives,” Judge Marable says. “A lot of them keep in touch with me. When we first had this idea 14 years ago, some folks were skeptical. I think the success and the growth of it demonstrates our commitment to young people and the importance of encouraging them in their pursuit of a higher education.”

I remember how Judge Marable believed in me, and that is what
really made a difference in my life to pursue my education.”
Charis Lee, ESQ.

Oh, and the connection to Judge Marable’s favorite song came full circle, as well – and transformed his own life.

“I went to see my favorite band, Looking Glass, at the Wyandotte Arts Fair, and had a chance to meet Elliott Lurie, the lead singer who wrote the song, ‘Brandy’. I told him the story about how I won a karaoke contest and used the money to establish a student of the month program in Flint. A year later at one of their concerts, they called me up on stage and let me sing the whole song!” This time, it was Judge Marable’s own life being transformed. “I’ll never forget that day,” he says. “It really meant a lot to me.”

In his courtroom is a plaque with the names of more than 100 young people who are making a difference and choosing education. “I often refer to it with those who are appearing in court facing a sentence – it’s a chance to help turn someone’s thinking around.”

To learn more about the Judge Herman Marable Student of the Month/Year Award or to obtain an application, visit judgemarable.net or call 810.597.7795. 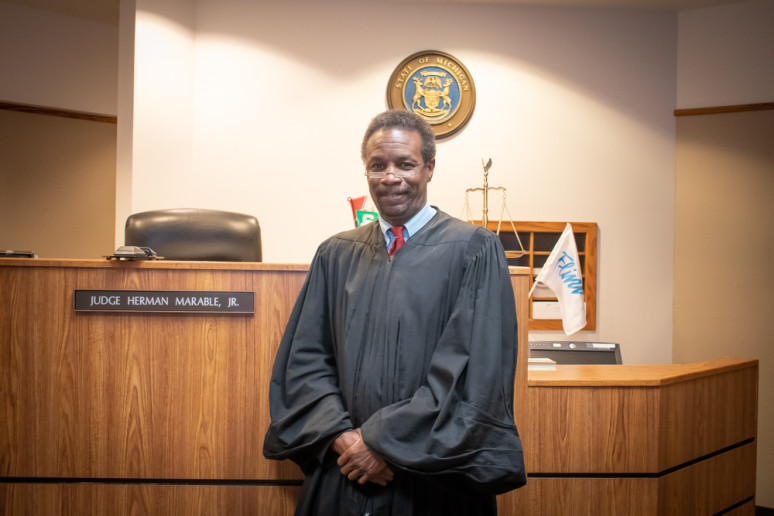