On Wednesday, October 30, the MotorCities National Heritage Area Partnership honored Flint’s Back to the Bricks with its award for Heritage Tourism, part of the 6th annual Awards of Excellence during Michigan Auto Heritage Day ceremonies at the Capitol Rotunda in Lansing.

Back to the Bricks is an annual Flint event which paved the way for other organizations to turn toward the City of Flint to host their events Downtown. The organization produces family-friendly automotive-themed events that reflect Flint’s auto heritage – bringing a positive impact to the city. The festive celebrations attract half a million car enthusiasts and spectators from around the world.

“We are truly honored, but more so humbled to be receiving this recognition,” said Al Hatch, the founder of Back to the Bricks, after accepting the award.

Michigan Automotive Heritage Day and the Awards of Excellence began in 2014 and have become an annual opportunity to celebrate the story that can only be told in Michigan — how this area “Put the World on Wheels.”

Established in 1998 and headquartered in Detroit, the MotorCities National Heritage Area Partnership is a nonprofit corporation affiliated with the National Park Service that serves 16 counties representing a population of over 6.5 million. Its mission is to preserve, interpret and promote the region’s rich automotive and labor heritage. Regional programs inspire residents and visitors with an appreciation for how the automobile changed Michigan, the nation, and the world. 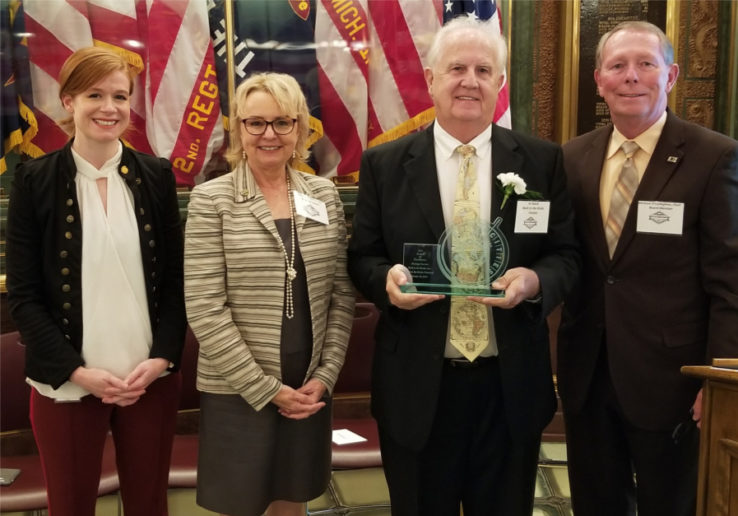