Each Thanksgiving holiday since (well, we’ll get to that), the President of the United States has officially pardoned one lucky turkey, allowing the bird to live out its remaining life on a turkey farm. It should come as no surprise that this wasn’t always the case. 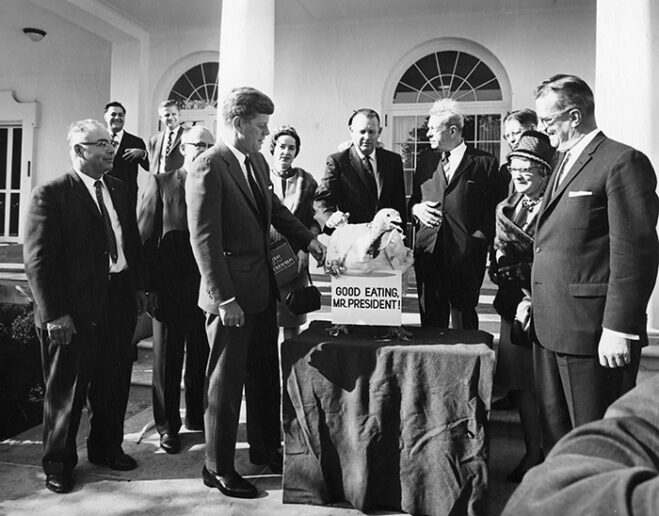 The majority of our past presidents enjoyed carving up the roasted creature and serving it to White House guests as a main course. It wasn’t until 1863, the first national celebration of the holiday, when the first bird received its stay of execution. Then-President Lincoln received a bird as a gift. His son, Tad, adopted the bird and began calling him “Jack” and when Lincoln went to claim the turkey for dinner, Tad argued on behalf of his feathered pet. Lincoln gave in and wrote a reprieve for Jack on a card he gave to his son. Jack survived, becoming the first turkey protected by the White House; however, the act of pardoning was not yet official. 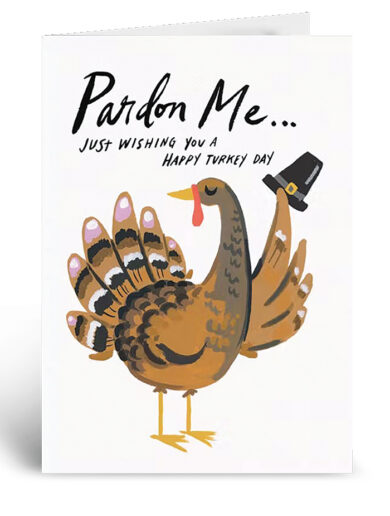 After Lincoln, each president enjoyed their Thanksgiving turkey with cranberry sauce and potatoes until a century later in 1963, when President Kennedy refused to partake. The media joked that the President had “pardoned” the bird, with the term “pardon” only being uttered next during the Reagan administration (Reagan was only joking; he ate the bird.) Finally, in 1989, George H. W. Bush started today’s annual tradition of giving an official pardon to the Thanksgiving Day turkey. When presented with that year’s bird he remarked, “Not this guy. He’s been granted a Presidential pardon as of right now, allowing him to live out his days on a farm not far from here.” Since that day, each succeeding president has officially pardoned one lucky turkey from becoming the centerpiece of the Thanksgiving table.

Whatever you serve on your Thanksgiving table (tofurkey, turducken, salad, hamburger, etc.), give a thought to whom in your life you may “pardon’’ this year. Maybe someone has given you a hard time in the past, made an unfortunate mistake or needs a little help. Whatever the case, they may be thankful for another chance.

Have a Happy Thanksgiving from MCM!