Hewett Judson, a longtime teacher at Lake Fenton High School, along with his sister Phyllis Judson Heusted, has worked hard to preserve the Judson family’s history. He is the treasurer for the Pioneer Memorial Association of Fenton & Mundy Townships and Heusted is the secretary/editor. The group’s goal is to preserve the history of both townships. 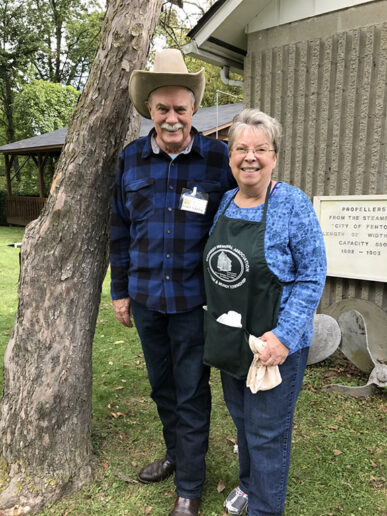 And it all started in 1836 when Podunk House was built by Judson’s great-great grandfather, George Judson. After purchasing acreage in Mundy Township, he was the first to settle in that area and then founded a village called Podunk, which was located east of Torrey Rd. between Ray and Baldwin Rds. “He diverted water from Lake Fenton (then called Long Lake) and built a gristmill,” Judson informs. It was believed to have been named Podunk after Chippewa Indians in the area heard the mill wheel hitting the water and making a “po-dunk … po-dunk” sound. Also, the word podunk was historically used to describe a place that was in “the middle of nowhere.”

“We want to preserve the history of the area for future generations.”
Hewett Judson

According to Judson, Podunk House was the second oldest dwelling in Genesee County. In the 1850s, Podunk residents tried to have the railroad come through their village, but it was routed through Fenton instead. “I think Colonel Fenton had something to do with where the train was going through,” Judson notes. “In 1875, Podunk became a ghost town when the water supply was cut off,” Heusted adds.

The house was then relocated to property at the corner of Torrey and Ray Rds. and was the home of John and Frances Judson for many years. Mr. and Mrs. William Watson then purchased the property from the Judson heirs and lived in it for many years. After the Watson family built a new home, Podunk House was deeded to Clarence Miller, Russell Judson and Harvey Swanebeck. 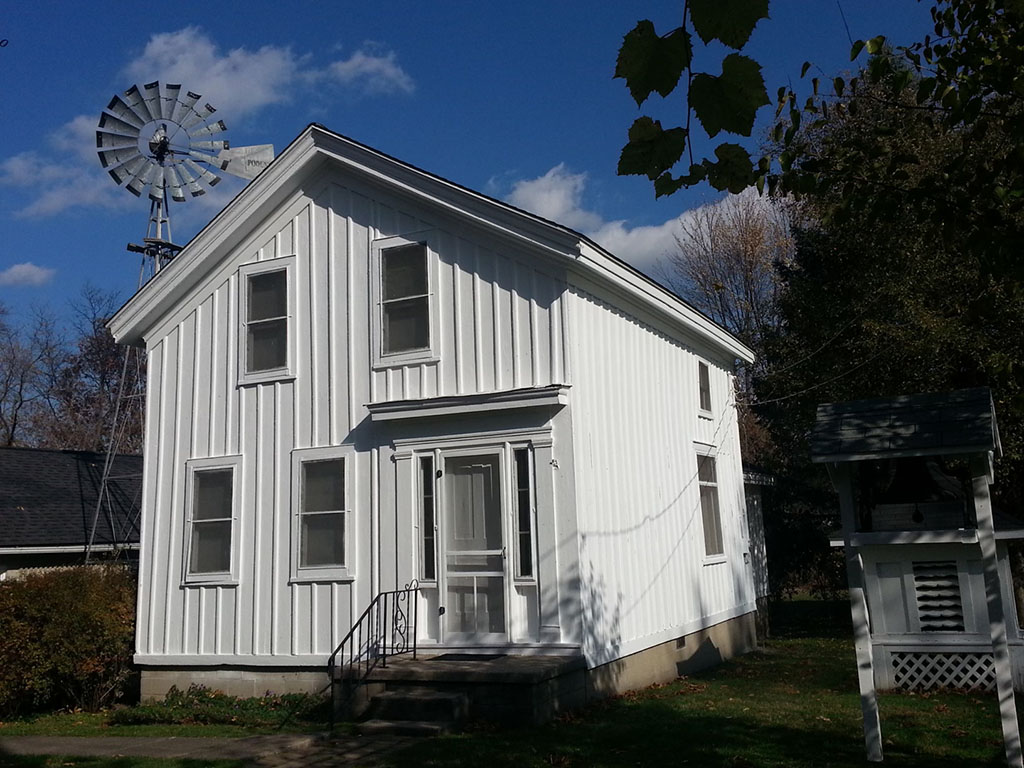 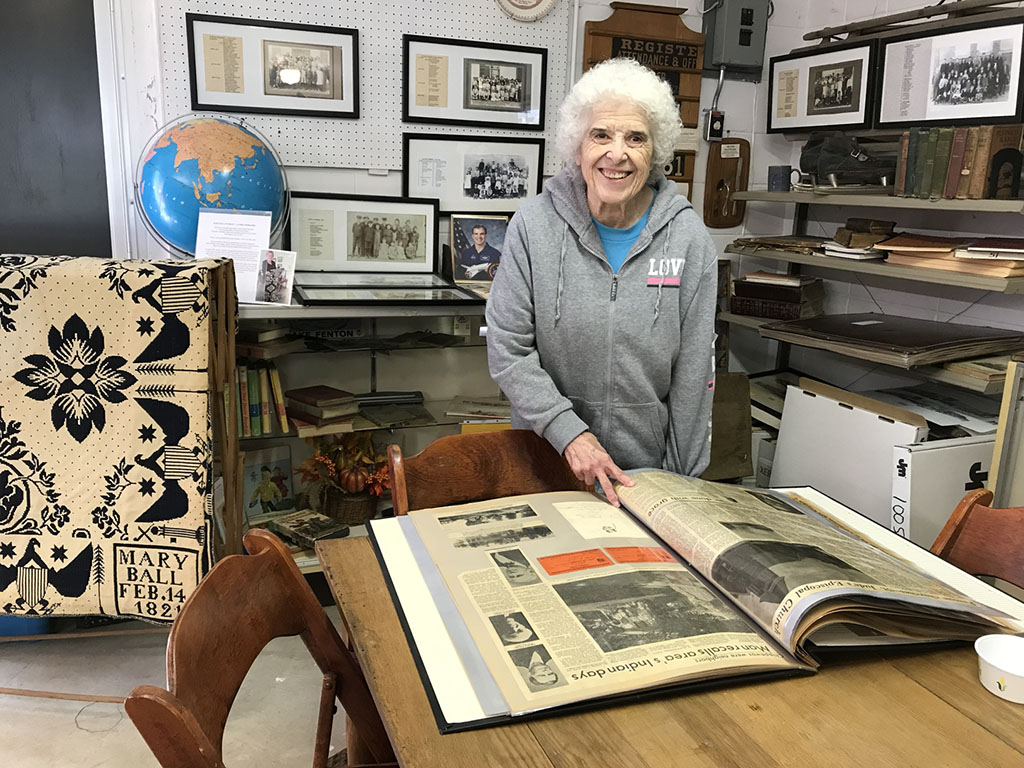 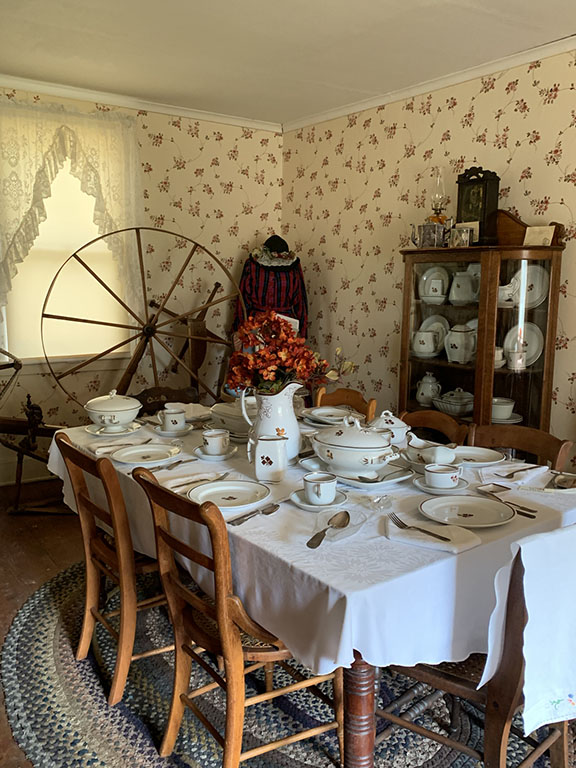 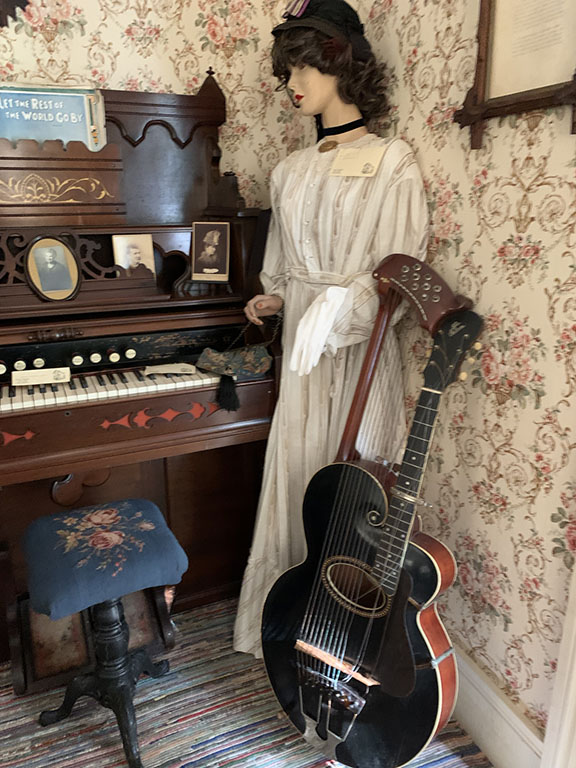 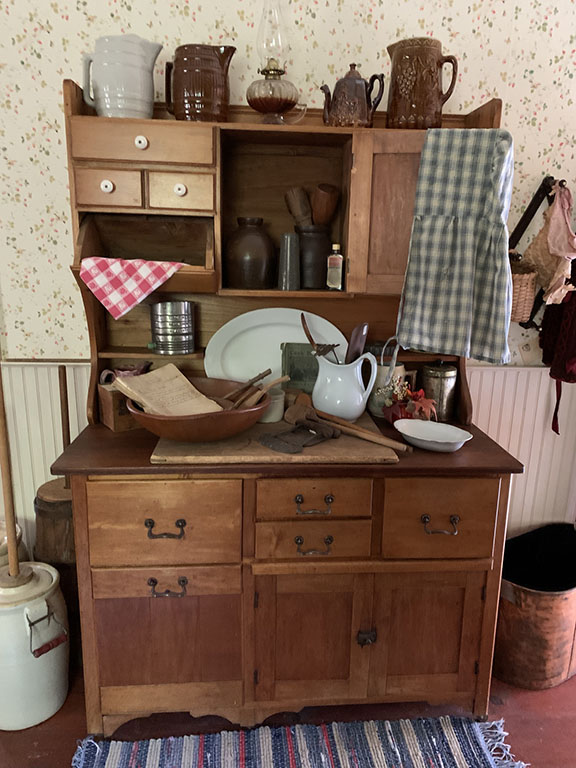 In 1967, George H. Judson (Hewett’s father) established the Pioneer Memorial Association of Fenton & Mundy Townships (a non-profit organization) to preserve Podunk House and save it from demolition. In 1968, the house was moved to its current site at 2436 N. Long Lake Rd. in Fenton Township after a great deal of fundraising that included hosting buffalo dinners held at the Mundy Township Hall. “My dad (George) traveled to South Dakota to get the buffalo meat and bring it back for the dinners,” Judson remembers.

Hewett Judson became involved in the Association in 1970 and Heusted has been part of the efforts since 1967. “I have always been interested in history,” she says. 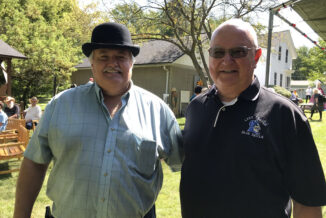 In 1970, the Pioneer Association hosted the first Pioneer Day Picnic & Festival, their largest fundraiser, which always takes place in September on the first Saturday after Labor Day. On Pioneer Day, visitors enjoy tours of the house – which is also a museum – as well as a bake sale, children’s games and musical entertainment. Local Boy Scout troops perform the flag-raising and lowering. The event typically attracts 150-200 attendees. “We saw a lot more new people this year,” Heusted reports, “they never even realized it was here.”

According to Heusted, a new building was constructed in 1975 next to the Podunk House where additional artifacts are stored, such as items from the old passenger boat “City of Flint” including the steering wheel, a life buoy and a foghorn. Families in the area have donated farm tools, photos from one-room school houses and other antiquities. The Association recently started a collection from Lake Fenton Schools that includes yearbooks, a megaphone, school pictures and books. There is also a collection of Native American artifacts donated by Ed Whalen who was descended from Indians and very proud of his heritage. The Podunk House, itself, is completely furnished with donated items and still has the original wood plank floor. In the parlor, you will see an antique pump organ and harp guitar. 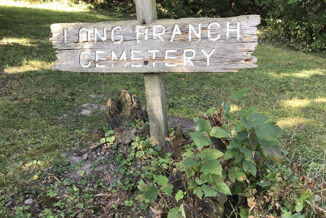 Also located on the property is an old cemetery and in 1977, the Long Branch Cemetery Monument was installed that displays the names of 14 people believed to be buried there, according to Judson.

Heusted says fundraising efforts have allowed for other improvements to the historic site: a large pavilion for square dancers and picnic tables, a stage for musical entertainers, installation of a working windmill, a storage building, new sidewalks, official flag retirement area and a cupola that was once part of the original one-room Mundy School House.

The Pioneer Association is funded by membership fees, donations and fundraising projects. The Fenton Township Board of Trustees provides lawn care and maintenance of the buildings, which will soon have running water, electricity and sewer paid for by Fenton Township. “Fenton Township Supervisor Vince Lorraine and Operations Manager Tom Broecker have been very helpful about taking care of the grounds.” The Association also received a generous grant from the Community Foundation of Greater Flint, and VG’s Grocery donates a stipend to purchase food for the annual Pioneer Day event. 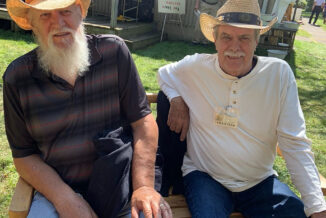 The Podunk House & Museum has survived many decades with the help of volunteers, the Fenton Township Board, three Eagle Scout projects, funding from proceeds of Pioneer Day, grant monies and Association memberships, Heusted notes. It has remained true to its mission of preserving the history of Fenton and Mundy Townships including the lake, the farm, the school, the local church and the people who settled there.

“We want to preserve the history of the area for future generations,” says Judson.