From her first enthusiastic “hello” to her closing “stay beautiful and stay safe,” Heather Maxwell’s love for African music and culture fills each and every episode of “Music Time in Africa” as well as every day of her life. “I love the rhythm of African music and how it is used and appreciated in the community,” she says. “For Africans, music is a very communal thing. There, people view music as a natural extension of being human.”

Broadcasting across the entire African continent, “Music Time in Africa” is the longest running English program produced by Voice of America (VOA), the United States’ largest international broadcaster. Started in 1965, the program broadcasts traditional and contemporary African music throughout the continent, spanning all genres and styles.

And, since 2012, the voice of the program has belonged to Maxwell, Flint native and ethnomusicologist. “‘Music Time in Africa’ is a specialty music program that broadcasts in English to approximately 17 million listeners across Africa,” she explains. “In 1965, when the program started, Africa had no established radio programs or stations and many believed that it was important for the country to have music by Africans. The program continues today as a form of cultural diplomacy and a show of respect between our country and the peoples of Africa.” Maxwell acts as show host and disc jockey, bringing news of new artist album releases, playing past and present African hits, and interviewing current artists. She has traveled extensively throughout Africa, meeting its people, promoting the message of the U.S. and VOA, and collaborating with professional musicians. In Africa, her persona and likability are akin to the late Casey Kasem of “American Top 40”. “I’ve heard that comparison before,” Maxwell laughs. 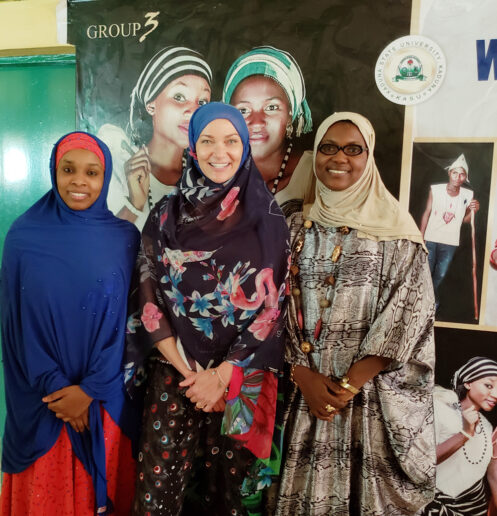 Music has always been a large part of Maxwell’s life. It began when she was a child living on the outskirts of Flint, singing with her family’s gospel band, The Maxwells. “We used to sing throughout the state and even performed on the Jerry Lewis Telethon,” she remembers. She studied opera at Interlochen Arts Academy and after graduation, continued her voice training at the University of Michigan. It was there that her fascination with African music began after taking a variety of world music courses.

“I left Michigan in my junior year to attend the University of Ghana in Africa to study music and dance,” she recalls. “I was fascinated.” After graduating, she joined the Peace Corps and was placed in Mali where she learned to speak French and Bambara, the local language.

“To this day, I get pangs of nostalgia for living in that little village in Mali,” she adds. “Sometimes, I wish I could wake up in that little hut, feel the sun, smell the smells and be in that space. I miss the musical moments when we would play instruments and sing under the moonlight. It’s there that I learned to play two common African instruments – the kamalen n’goni and balafon.” 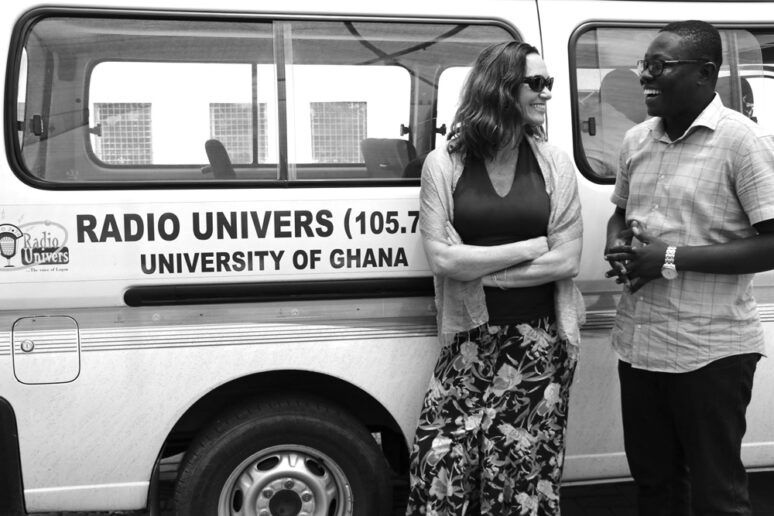 From there, it was back to Michigan for post-graduate work focused on African music. Maxwell took a job teaching at the University of Virginia and applied for others; but Africa continued to beckon. “I was teaching French but felt in my heart that it wasn’t what I truly wanted to do,” she says. “I applied for a Fulbright scholarship to teach in Mali and was accepted.” It was then that the VOA job opened. “I heard through a friend that the host for ‘Music Time in Africa’ was retiring.

I drove directly to Washington, D.C. I wanted the job so badly. They told me the process would take time and I had the one-year Fulbright commitment in Mali. I was there for about six months when a political coup took place. I was hastened out of the country and given the job at VOA.”

It was a perfect fit and Maxwell has been a hit ever since. And soon, she will begin traveling to Africa again after travel stopped in 2019 due to the pandemic. “There are plans to visit Algeria in January for a North African musicians festival, and again to the Ivory Coast in mid-March for a large music conference.” Each location provides a plethora of different musical styles, beats and sounds. “One of the great things about African music is the range of styles,” she explains. “The continent is three times the size of the U.S. and there is no real way to categorize a common sound. 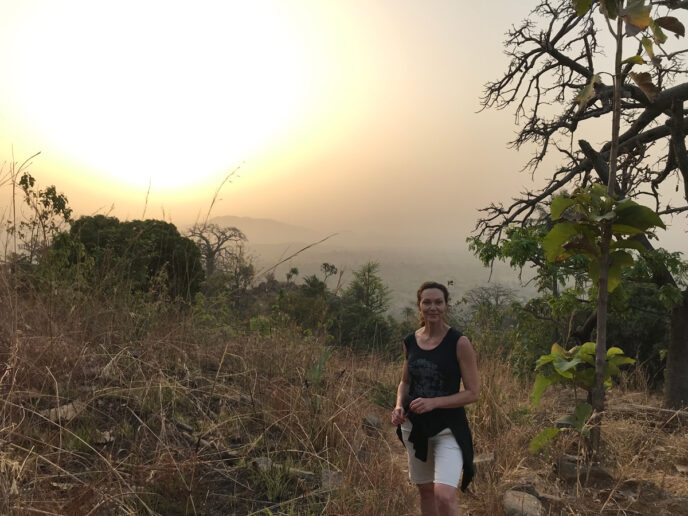 In West Africa, they use a lot of percussion; in North Africa and desert areas, the flute is most common and in South Africa it’s choral in nature. You can’t describe it in just one way.”

When not broadcasting or traveling, Maxwell is actively making music of her own with a unique fusion of African music and jazz. Find a sample at heathermaxwellmusic.com. 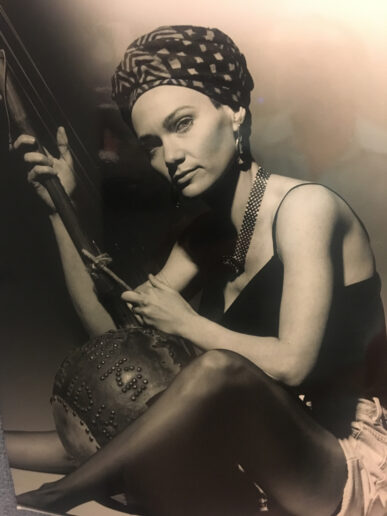 For those curious to hear the different styles of African music, Maxwell has compiled a list of some of her favorite songs and artists.

2. “Ewe 6/8 Rhythms” by The Pan African Orchestra
Another example of West African polyrhythm and syncopation, specifically, the kind of 6/8 rhythms from Ghana that captivated me in college.

5. “Andou Zine” by Asma Lmnawar
This is one of my all-time favorite North African (Morocco) singers and my favorite song by this artist.