For young people who’ve dreamed of flying through the air and looking down at the beauty of the Earth, Genesee County has a place where that dream can come true. Since 2018, the Genesee Career Institute (GCI), a part of the Genesee Intermediate School District (GISD) has been training young pilots from the area through their Aviation Academy, setting them up for a lucrative career in aviation. “It all started when a group of gentlemen from the Greater Flint Pilot’s Association (GFPA) alerted us to the declining numbers of pilots and aviation enthusiasts in Genesee County and they presented us with a unique program,” says Diana Allard, GISD Executive Director of Career Technical Education. “We did a need assessment and found that there were enough high school students who wanted to be pilots to justify it.”

GCI partnered with Crosswinds Aviation, a full-service flight school based in Livingston County with facilities in Howell, Pontiac, Ypsilanti and Flint. “We already had high school programs going in other locations when the GFPA introduced us to the Genesee Career Institute,” says Crosswinds Owner Matt Dahline. “It just made sense to expand our services to Flint.” Crosswinds Aviation was founded in 2001 and has been owned by Matt and his wife Andrea since 2011. They operate a fleet of 28 aircraft and employ over 32 full-time flight instructors. They hold four planes at Flint Bishop Airport for Aviation Academy students, including a Cessna 172, two Diamond DA20 and a Diamond DA40. 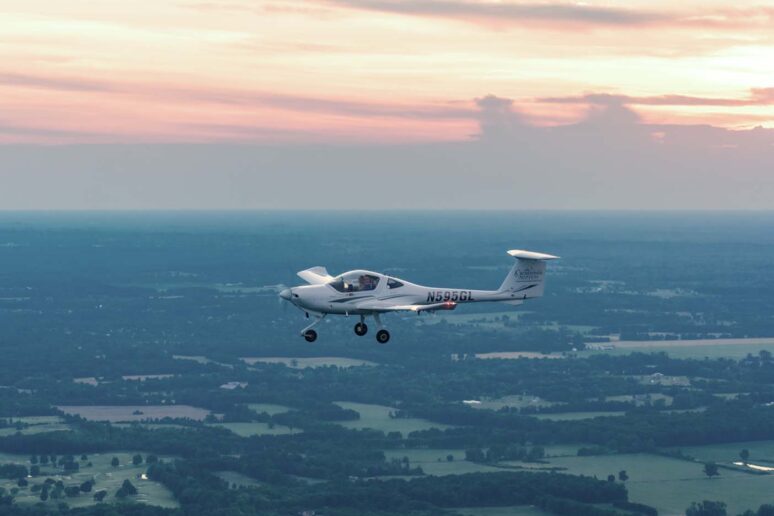 “We are proud to offer students an opportunity to get a head start on a very viable career.”

Enrollment in the GCI Aviation Academy has been steady since its inception. “We have anywhere between 20 and 40 kids enrolled at any one time,” says Allard.

“We have no GPA requirement and if a student is interested in the program, they need only let their school counselor know and then they can be recommended. We accept up to four students per Genesee school district.” The academy is available to high school juniors and seniors. 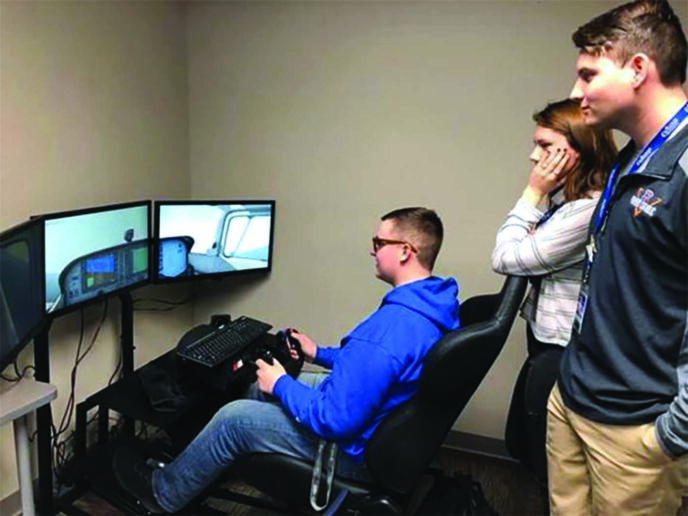 The first year of the training program sets a student up to finish their ground level pilot license with actual flight hours earned toward their Private Pilot License (PPL) with Crosswinds Aviation after school hours. In their second year, students can earn drone certification. There is a possibility that a student who is committed can graduate high school with their ground level license, PPL and drone license, putting them far ahead of the competition when it comes to a career in aviation.

“There is such a pilot shortage right now that anyone who receives a commercial license can easily choose where they want to work,” adds Dahline. “Young pilots have nearly 100% job placement right now.” For those planning to enter the military, holding a pilot’s license can be a phenomenal advantage. “Training a pilot is an expensive gamble for the military,” explains Dahline. “Nearly 60% of those who enter training as a pilot quit before they receive their Private Pilot License. Either they don’t have the mental toughness needed or they balk at all the book work. If you show up with a private license already in hand, you have a major advantage over other candidates.” 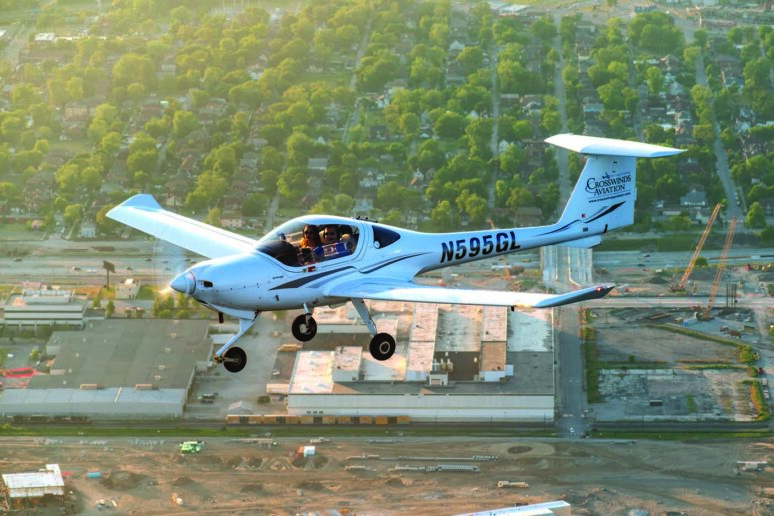 According to Dahline, the major steps required to become a pilot for a major airline are as follows: 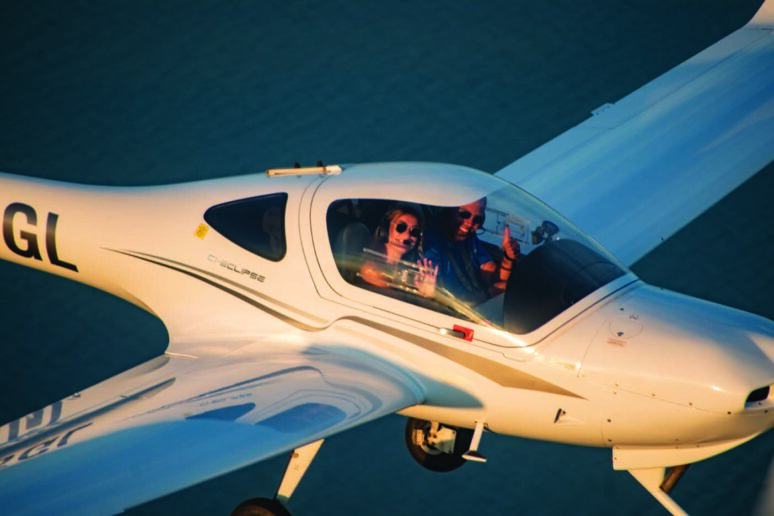 Of course, there are more opportunities in aviation besides becoming a commercial pilot. Enrollment and completion of the GCI Aviation Academy curriculum can prepare a student for a job in air traffic control, aircraft maintenance, airline/airport administration and more. The GCI Aviation Academy has provided an exciting option for students who tend to find a non-traditional route to a rewarding profession. “We are proud to offer students an opportunity to get a head start on a very viable career,” states Allard.

If you or your young adult are interested in flying lessons, contact the Genesee Career Institute at 810.591.4462; Crosswinds Aviation at 517.552.1101, or email info@crosswindsaviation.com for more information.