Surrounded by state-of-the-art recording equipment, Marshall Block sits in his studio at Real II Reel Productions listening to a new track he recently mastered for a new band called The Fruits. “They are fantastic musicians, a great singer and great players. Most importantly, they are putting in the work to make it in today’s music world,” he says. “A lot has changed in the years that I have been doing this.” The Fruits have surpassed 500,000 streams on (digital music service) Spotify and are hitting the rest of the social media world hard. “That’s what it’s all about nowadays,” adds Block.

An industry veteran, Block was first introduced to music at age 17 when he picked up his first guitar. He soon joined a band and toured the country with the likes of Ted Nugent, Alice Cooper and Iggy Pop. He took a brief hiatus from music to attend Wayne State University, where he received a Bachelors of Science in biology and a Masters of Science in biochemistry in 1978. Next, he worked for Universal Standard Medical Laboratories in Florida, eventually becoming disillusioned with that industry. He decided to return to his original passion and in 1995, opened Real II Reel Productions with co-founder and legendary Motown Producer, Robert Dennis. He has operated his Fenton studio for the last 25 years. Real II Reel Productions also has an office in Malaysia headed by Nick Trevisick and a partnership with TW3 Entertainment in California. Needless to say, Block really knows his stuff and has helped a plethora of young musicians on their way with his recording expertise and his advice. That advice is needed because nowadays, the music industry is an almost completely different entity than it once was. 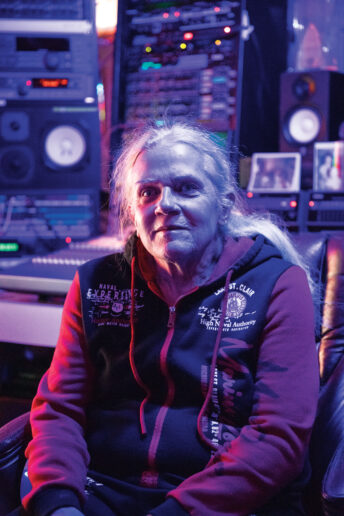 “I started in the days of tape recording and since then, the industry has changed 100%,” he recalls. “Today, it is all about the single and social media. You’ve got to have an online presence. There is almost no need to make an album anymore. At least in the beginning.” Back when Block started Real II Reel, the record industry and labels ruled the day. Bands were “signed” based upon talent, ability and stage presence. The record labels would develop their talent and “foot the bill” for albums and singles in order to turn a profit. Those days are gone. “Nobody buys music anymore,” explains Block. “Social media is key. Major labels sign artists based on platform analytics such as the number of Spotify streams. The creator is doing all the work, leaving talent development to fall on guys like myself.” If it doesn’t stream, it won’t work. And, what makes a musician successful today is no longer talent alone.

The musician has to do all the legwork. “People like me are here to help, but the lion’s share of the effort has to be put in by the artist. It’s a mountain climb and,” Block continues, “I have seen very talented people fail when things get hard. The big difference is how much a person enjoys the journey of creating. If you are in it for anything other than the joy of making the music, you may be in for surprise and disappointment. Today’s industry is extremely cutthroat and if you are not up for working harder than your competitor, you won’t make it.”

The majority of the talent that walks into Block’s studio have taken his words to heart and are making fantastic strides toward their dream. For musicians working to get established, Block has a few pointers: 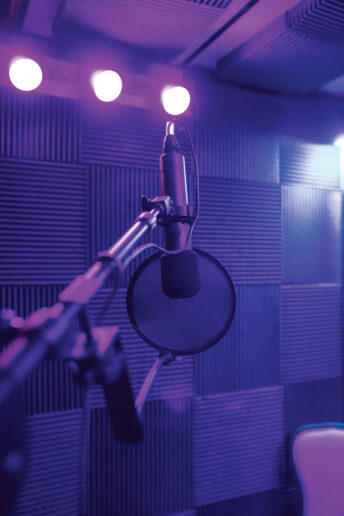 “You have got to be willing to put in the work. People like me are here to help but the lion’s share of the effort has to be put in by the artist.”

As the industry changes, Block endeavors to keep Real II Reel Productions ahead of the curve and offers everything an aspiring musician needs to make an impressive, professional recording. Everything is recorded live with top-of-the-line audio equipment and programs. The studio has five isolation booths complete with two-way video feeds, headphone playback monitoring, and a 22 x 26-foot main studio with a cathedral ceiling. In addition to the industry’s best recording equipment, Real II Reel has vintage acoustic and electric guitars, keyboard samplers, and sequencers for use. Professional services include recording, mixing, mastering, forensic audio enhancement, remote recording and vocal coaching. Session musicians are available for additional fees.

Real II Reel Productions is NOT a record label. “We are a full-service production company,” says Block. “We are the only stop you need to make to produce a professional track.” Another studio positive is Marshall Block himself. “I have connections galore. If you need a videographer, I can get you in touch,” he says. “I know the industry inside and out.” Block is also willing to teach the science of recording to anyone who is interested. 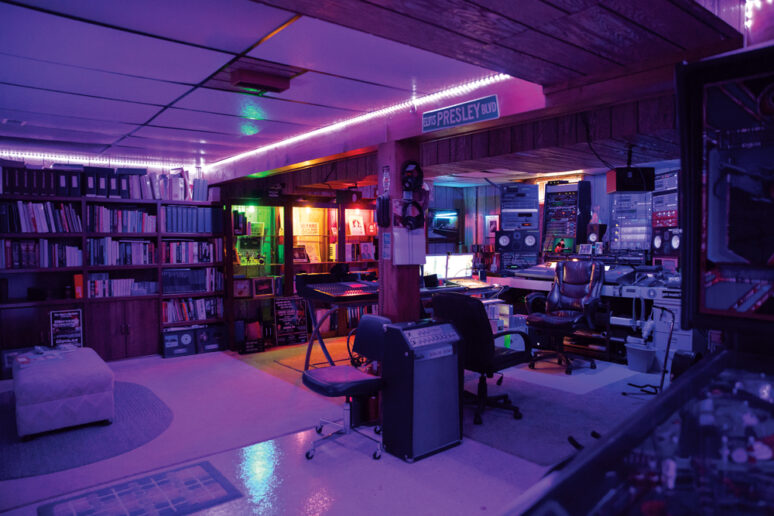 Real II Reel Productions has produced music for Martina McBride, India.Arie, Paramore, Johnny Reid and others. The studio has produced soundtracks for “The Fighter” starring Mark Wahlberg, the song “Calm Before the Thunder” for the movie “The Love Guru” starring Mike Myers, all of the music for the animated band, The Cave Flyers in the children’s movie “Dwegons and Leprechauns,” and more. While the studio has been much quieter than usual as of late, that hasn’t stopped Block from moving forward. “The entertainment industry is devastated right now,” he said, “but the studio is still here and still producing music.” During his downtime, Block has installed ultra-violet lights in key areas and deep-cleaned the entire studio. He has instituted safe distancing protocols and is only allowing the artists themselves into the facility for recording. “No entourages allowed,” he laughs. He hopes that soon business will pick up and he can once again get back into his pre-pandemic rhythm of recording and helping young musicians forward on their journey. “If you have the soul and the desire to win, you can do it,” he adds. “Real II Reel Productions is here to help.”