“Music is the one thing I’m good at, so I just kept doing it,” says Dylan Grantham with a laugh. Although he’s being modest, Grantham’s life has been surrounded by music. He began playing guitar at age nine, learning a lot of the country music his family listened to, and then delving into rock around the age of 12. Shortly after that, he started an indie rock band called The Wells with two of his cousins. His latest musical endeavor began in 2015, a solo project that goes by Young Ritual.

The name comes from a specific element of Grantham’s life. “When I started this project, I was also in one of the worst parts of my life,” he says. “I have obsessive compulsive disorder, which makes general anxiety a great one-two punch. It was a time when I was doing a lot of ritualistic things.” An early track Grantham was working on for his new project had a chorus that said, “Lost in all your rituals/ How did you get lost in all your rituals?” Grantham knew he wanted the project’s name to reflect that part of his life, and the word “ritual” was going to play a part in it. “I don’t know how I came up with the ‘young’ part, though,” Grantham happily admits. The name stuck, and now he has a few years of experience under his belt as a solo artist in the Flint area. 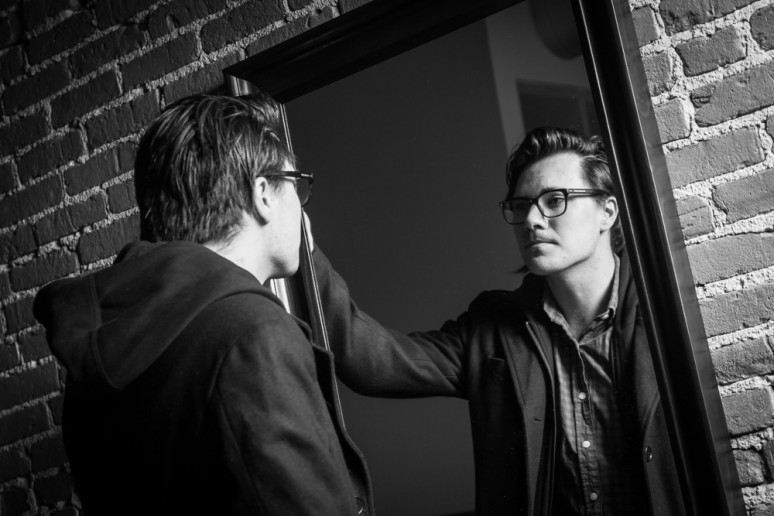 Young Ritual is a melancholic mix of acoustic and electric guitars with a healthy dose of ambience. It’s darkly beautiful, heartbreaking and honest, sad and cathartic. Grantham’s guitars lay softly behind his passionate vocals, which alternate between wisping alongside the instruments and bursting through them like thunder amid a soft rain. A live Young Ritual show encapsulates the audience in a bubble of cushiony reverb and gentle chords that fill the room, making it a dream-like experience. A melancholy surrealness still hangs in the air after the set ends. It’s a show the listener will associate with a specific feeling the music gave them, one that’s tangible and memorable long after the performance is over.

When Grantham started Young Ritual, he thought it was going to be an exclusively political project, something more folk-punk than ambient indie rock. The first song Grantham released online was “Immune” which was featured on the Not Safe To Drink compilation, an 80-track fundraiser for the Flint water crisis that featured national and local artists. Grantham has since moved more toward his own life for lyrical inspiration. His latest release, Disaster, tackles more personal issues. “It’s a real-time breakdown of what a day is like for me if I’m all alone and having terrible anxiety,” he says about the track. Disaster came about on one such day, and the entire song was finished that night. It’s a haunting, accurate depiction of those kinds of days, with the raw honest chorus lyric, “Why am I so bad at being all by myself?” Even so, Grantham urges himself, “Don’t love the disaster” in the chorus as well, a personal reminder of self-care. 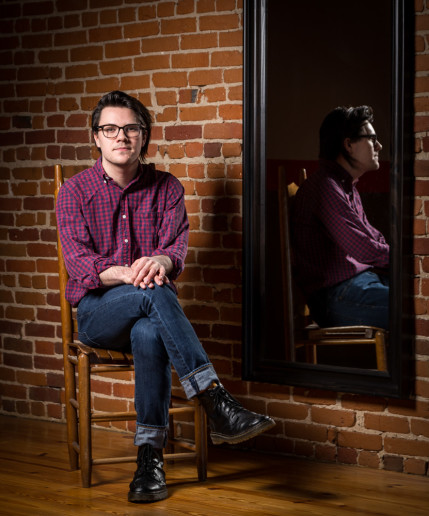 Writing melancholy music serves as a catharsis for Grantham. “I know people who want to turn on a comedy or happy music when they’re sad,” he says. “If I put on happy music when I’m in a bad mood, I’m just not interested. The whole time, I’m internally going ‘this is garbage, this is stupid.’” Instead, listening to and writing music that might be classified as “sad” lets Grantham know there are other people who share his experiences and that they’re comfortable enough to sing about them. “I’d rather go deep into the sad feelings, because I feel like I get to work on them instead of ignoring them,” he says.

When it comes to songwriting, Grantham never stops. There are many one-off songs, many of which are written just days before a show and discarded afterward. “Anyone who’s seen me play more than once has probably heard at least half of the set list only once,” he says. This makes each show a totally unique experience, an ever-changing roulette that Grantham might only know the contents of just prior to taking the stage.

While he’s simultaneously accumulating and cleaning out his repertoire of songs, Grantham has a big year planned for 2018. He plans to record a new EP on his own and release it in the summer, as well as playing as many shows as possible in new parts of Michigan. “I basically stopped going to school in 2017 and realized all that matters to me is playing music. Everything else was just me trying to validate myself to other people.”