So, as the title says, I wanna know what YOU are watching on TV. Why? Because while I work, I always have a show or movie playing in the background. It’s mostly for white noise, I suppose, but sometimes a movie or show will catch my eye enough that I will watch it with full attention.

Now, of course there are the handful that everyone has been watching: “WandaVision,” “The Falcon and The Winter Soldier,” “The Mighty Ducks: Game Changers,” and the currently airing “Loki” series; but I like things that are a little more obscure – the hidden gems. So, the following is a list of the movies and TV shows that I’ve found so far in 2021 that are flying a little under the radar. 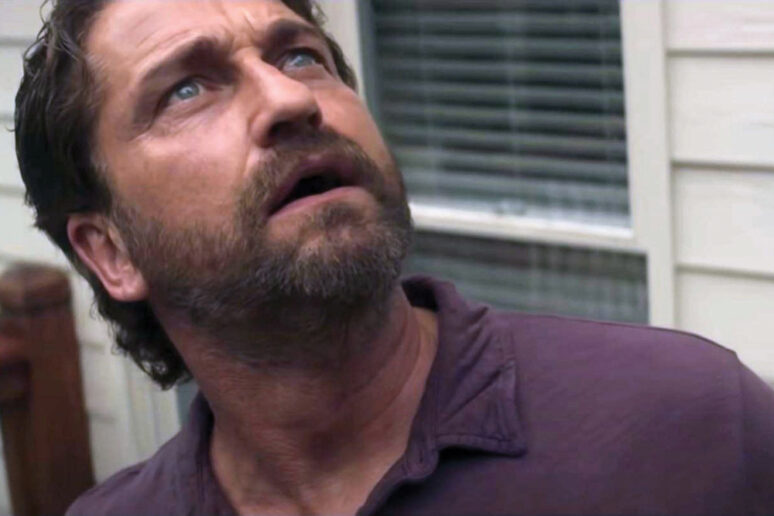 “Greenland” starring Gerald Butler and Morena Baccarin is a new take on the standard end-of-the-world-event film. While there have been more EOTWE movies than I can remember, this one struck such a chord in me that I have already watched it three times. A more intimate take on how a world-ending event would affect a single family, it brings (what most people would consider) real-life facts into the story. While not all of the events that happen are plausible, this movie felt the most real to me – what would actually transpire if an EOTWE happened today. (RATING: 5 out of 5 Squirrels)

“The High Note” stars Dakota Johnson and Tracee Ellis Ross, and is not your average underdog tale. Johnson plays Maggie, a famous music star’s personal assistant who wants to become a music producer, and this movie is about her doing just that. I always enjoy a story of someone going through personal growth, and this movie hit those high notes. Be ready to laugh, maybe cry, and look for the plot twist. (RATING: 3.5 out of 5 Squirrels) 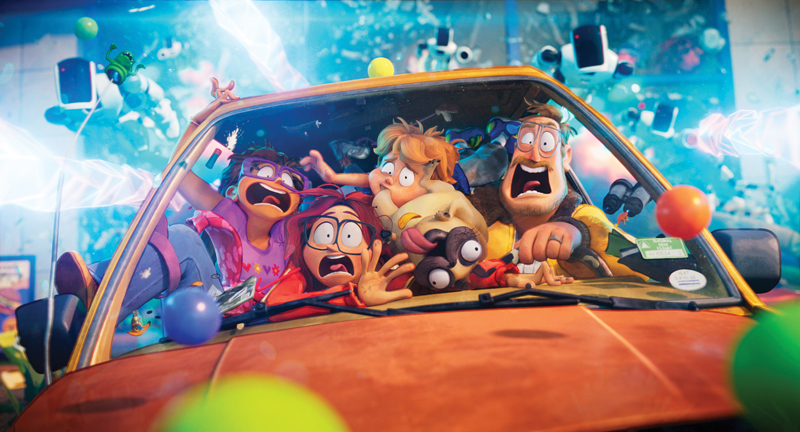 “The Mitchells vs The Machines”, NetFlix

“The Mitchells vs The Machines” had me laughing non-stop! Some people might not find it as funny, but I loved this movie – it reminded me a lot of “A Goofy Movie” from my childhood. “Mitchells” is an animated film about another EOTWE, this time involving robots (think “I, Robot” as a comedy.) In this story, the daughter is heading off to college and the family decides to take one last road trip to get her there. On the way, robots attack and capture all humans … except the one lone family in a station wagon. Hilarity ensues and you will have to watch it to find out if they make it. (RATING: 4 out of 5 Squirrels)

“Sweet Tooth,” a Netflix series, is based on the Jeff Lemire comic book of the same name. Imagine a deadly pandemic that also caused some newborns to be born as human-animal hybrids. Naturally, ordinary survivors are afraid of these mutants – and proceed to hunt them. The story concerns Gus, a hybrid born with deer traits like antlers and enhanced senses of smell and hearing. As the tale unfolds, we meet Jepperd, who helps save Gus. He insists Jepperd escort him to his mother in Colorado, and their adventure begins. I won’t go into too much detail about the plot, but “Sweet Tooth” is a good watch and I am already looking forward to Season 2. (RATING: 4 out of 5 Squirrels)

“Mare of Easttown” stars Kate Winslet as Mare Sheehan, an investigator tasked with solving the recent murder of a teenage mother. Sheehan has her own troubles, including a recent divorce, a son lost, and a custody battle for her grandson. She has also been unable to solve the case of another young girl missing for a year, leading many in the community to doubt her skills. This series is so well-written, you think one thing is the truth and as events unfold, you are proven wrong and wrong again. Overall, this crime drama series, not my typical cup of tea, is brilliant. (RATING: 4 out of 5 Squirrels)