“Reacher,” the new series on Amazon Prime Video was released in February. Played by Alan Ritchson, the title character is a 6’ 5”-250 lb powerhouse of a human and retired U.S. Army military policeman who roams around the country and finds trouble wherever he stops. The series begins in Margrave, GA as Jack Reacher is enjoying a slice of peach pie in a small diner when he is arrested and accused of a murder he didn’t commit.

Taken into custody, Reacher is transported to the local precinct, where we meet Oscar Finlay, a detective from Boston (played by Malcolm Goodwin), and Roscoe Conklin (Willa Fitzgerald), a local cop with deep family roots in Margrave. After Reacher’s short stay in jail, the three become a team and attempt to solve a series of murders that plaugues Margrave and includes the death of a person close to Reacher himself.

Overall, the series is enjoyable. There are a few plot points that may not add up, but what show always fills in all the gaps? Nonetheless, it’s a fun, action neo western and I do hope that Reacher continues his face-bashing ways in future seasons.

(Oh, and don’t forget the peach pie. Does Reacher get the chance to enjoy the best pie in Georgia? You have to watch to find out. No spoilers here!)

Netflix and Prime have a semi-new feature: after the last episode of a series, they present you with a list of similar series or movies to watch. So once “Reacher” ended, the “Jack Ryan” series was suggested and I decided to give it a re-watch. I have to say, even the second time around, the series holds up. 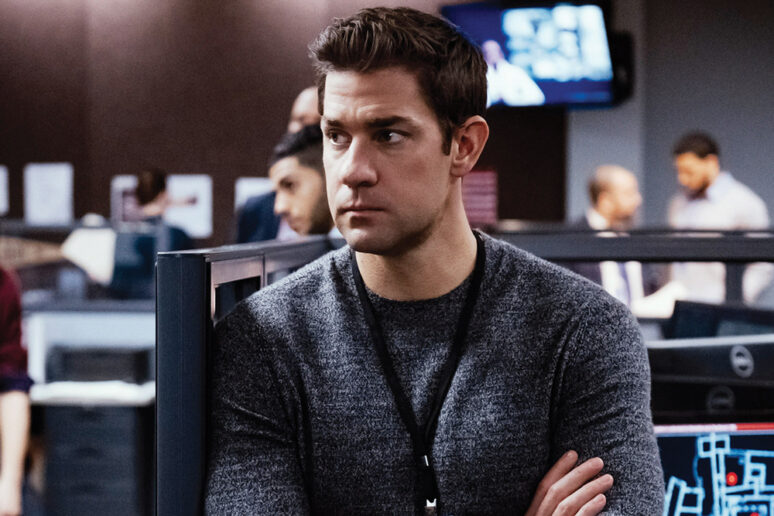 Jack Ryan is a character from a novel series by Tom Clancy and during his first appearance in “The Hunt for Red October” (1984), Ryan searches for a lost Soviet submarine. But since that first introduction, the world has changed a lot and while there have been plenty of movies with him as hero, the 2018 series starring John Krasinski as Jack and Wendell Pierce as James Greer is not a remake of a past film, but rather an origin story placing the character in a whole new, modern world of current elements and technology.

In the 2018 series, Ryan is a retired marine working for the CIA and a finance analyst against terrorist groups. His process of “following the money” to find the real terrorist leads him to a person named Suleiman who is quickly gaining recognition in the Middle East. Suleiman (played by Ali Suliman) is on a vengeance trip toward the U.S. and uses anything and anyone in his power to continue his mission to cause suffering including bombs, Ebola, sarin gas, etc. He seems to have access to everything.

Will Ryan and Greer become a team and save the day? Obviously, they do; but the building of this new series starring some well known and liked actors is fun to watch, even so.