“You’re going on a journey. A journey through memory. Your destination? A place and time you’ve been before. To reach it, all you have to do is follow my voice.”

Who remembers watching “Minority Report” starring Tom Cruise? Okay, everyone put your hands down. Now, imagine a movie that is very similar – but it’s backwards – and you have the new Warner Bros. movie, “Reminiscence.” This American neo-noir, science fiction thriller was written and directed by Lisa Joy, and stars Hugh Jackman.

In the near future, climate change has caused the seas to rise and flood Miami. The growing daytime temperatures have forced most people to live at night and sleep during the daylight hours. Nick Bannister (Jackman) was an interrogator in the recent war of the world for dry land, who used a machine that can see people’s memories. Now, he uses the skills he gained from the war to manage a business that sells people the ability to relive memories of their choosing. One day after the last client has gone, Bannister meets Mae, who has lost her keys. It’s love at first sight as he helps the woman. Quickly, Mae leaves his life, causing Bannister to use the machine for himself, looking for clues to find out who she is and where he can find her again.

From there, the movie chronicles different events that offer clues to answer the mystery of Mae. Will Bannister find out what happened to her? I enjoyed the movie, but the pacing felt a little slow at times and rushed at others. Overall, it was enjoyable and made me think. I give “Reminiscence” 4 out of 5 Squirrels.

In my next selection, a group of teens from the wrong side of the tracks stumbles upon a treasure map that unearths a long buried secret treasure – a legend of a lost ship carrying $400 million in gold. This is the plot of “Outer Banks,” a Netflix Series that recently released Season 2. 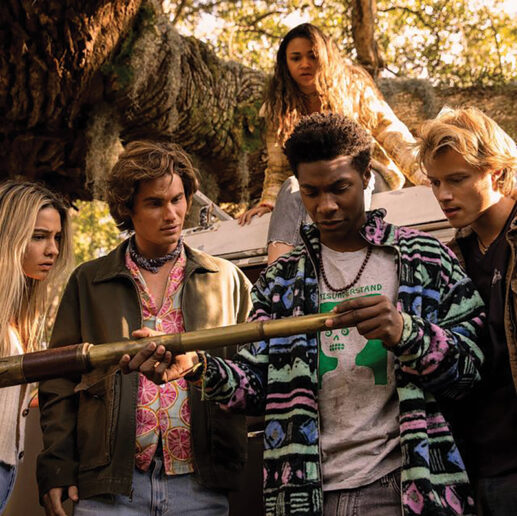 The Outer Banks is a string of islands along the North Carolina coast where “you either have two jobs or two houses.” John B and his pals call themselves “Pogues.” They are the working-class types who charter boats and make low-country boil for the “Kooks,” the richie-riches who have to order their staff to fish their modern-art sculptures out of their swimming pools after a hurricane hits the coast.

The adventure-seeking teenagers search the area trying to solve the mystery of the lost gold. I find “Outer Banks” to be your typical teenage drama with a “National Treasure” tone that makes it fun to watch. Season 2 begins with suspense starting with the line, “Here’s a fun fact: everyone you know will die” – a powerful prediction of everything that will eventually happen. 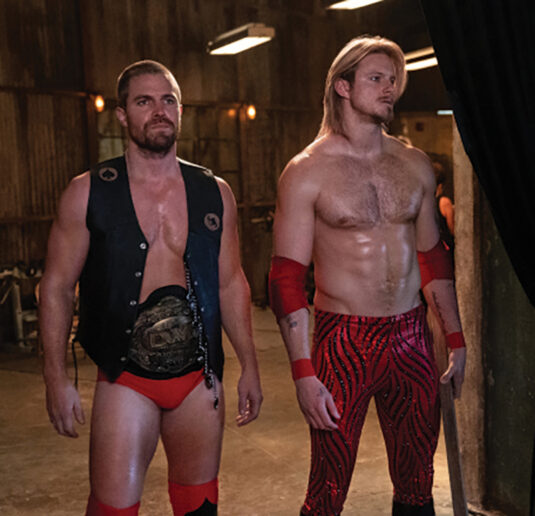 Last on the list is a Starz series that just started in August, “Heels.” Starring Stephen Amell and Alexander Ludwig, “Heels” is about two brothers, Jack Space and Ace Spade. Jack is the owner of the DWL(Duffy Wrestling League) in Duffy, Georgia. The brothers are rivals, with Jack playing the role of the villain (or the “heel” in pro wrestling) and Ace playing the role of hero, or “face.” The wrestling may be scripted, but the drama is real. As Jack and Ace rage war over their late father’s wrestling promotion and vie for national attention, their family drama comes full force in the ring.

At the time of this writing, only two episodes have aired, but both were really well written and compelling. I am hooked and looking forward to the next few Sundays as “Heels” continues.

So what have YOU been watching? Have any recommendations?

Note: The new “Spiderman: No Way Home” trailer was released last night and I got goosebumps at the end of it! I look forward to seeing it in December.