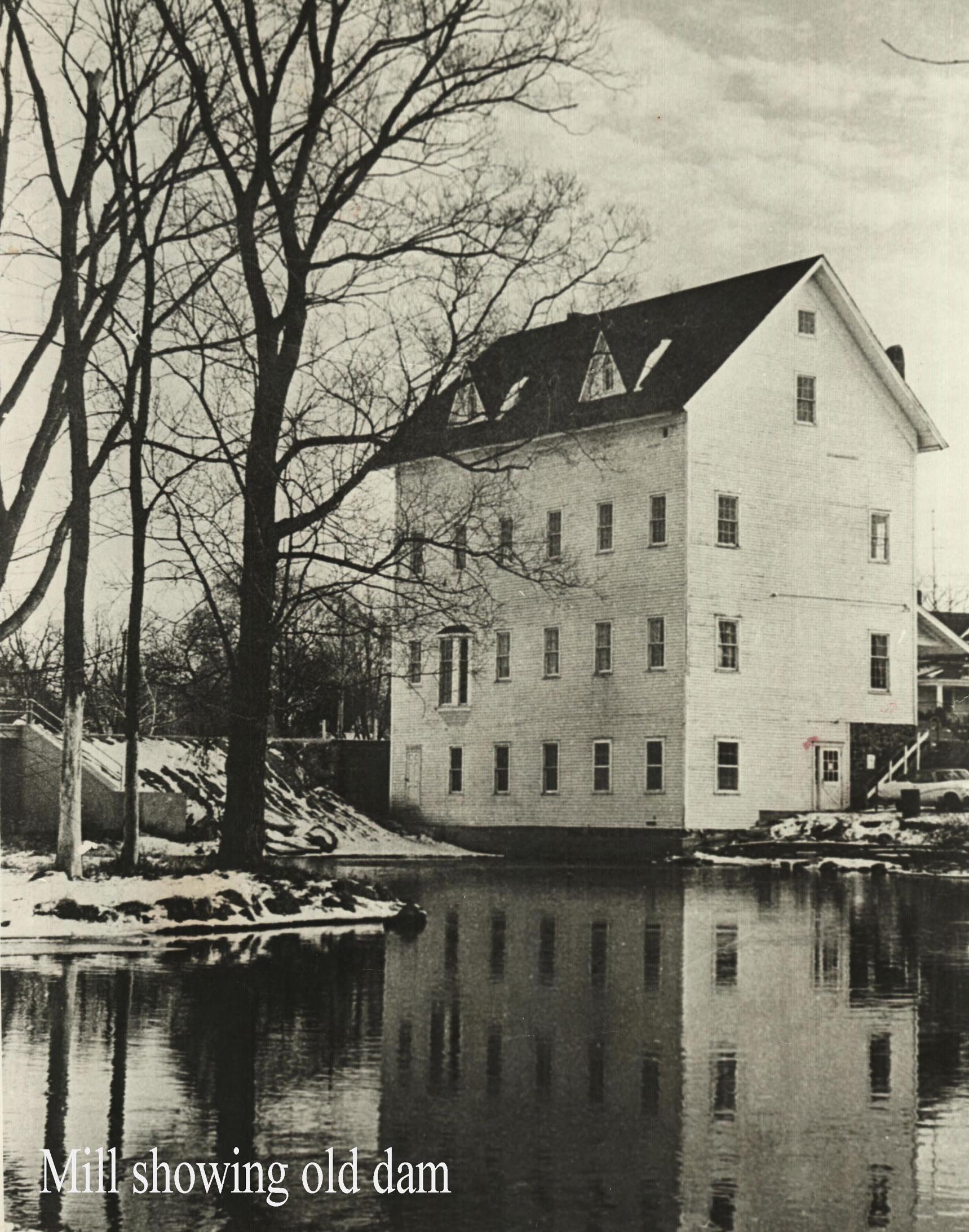 The race was on. In 1830, James Murray lived with his family in Superior, Washtenaw County in Michigan but wanted something more. After purchasing four acres of land in what is now known as Argentine, he moved his family with plans of starting his own mill. When he arrived, he quickly realized that someone was already working on that very same dream. William Bennett had moved into the area months earlier and was already making progress. Undaunted, Murray kicked himself into high gear. He first established a dam in what would become the village proper and then, worked day and night on his own mill while keeping a close eye on Bennett’s work. Soon enough, Murray’s mill was finished before Bennett even knew what was at stake. Bennett, upon realizing his defeat, moved south into Livingston County. Murray had won and quickly established the area’s first goods store, cooper shop, blacksmith shop and hotel. The future was bright.

When Murray first came to Argentine, the world was untamed. As travelers made their way to the Flint and Grumlaw (Grand Blanc) establishments, they began to branch out and move deeper into the wilderness to set up their homesteads. Murray was one of many and was quickly followed by William Lobdell, also from New York, who set up his home on the lake that now bears his name (in fact, there is some debate as to who was first to establish his homestead, Lobdell or Murray). Lobdell lived in a drafty log house and it was always open to passers-by for shelter. It was in this way that Lobdell became known as an honorable man. (The William Beamer family lived with Lobdell for a time, making maple syrup on one of the islands in Lobdell Lake.) The first death in the area was that of the Lobdell’s youngest daughter. 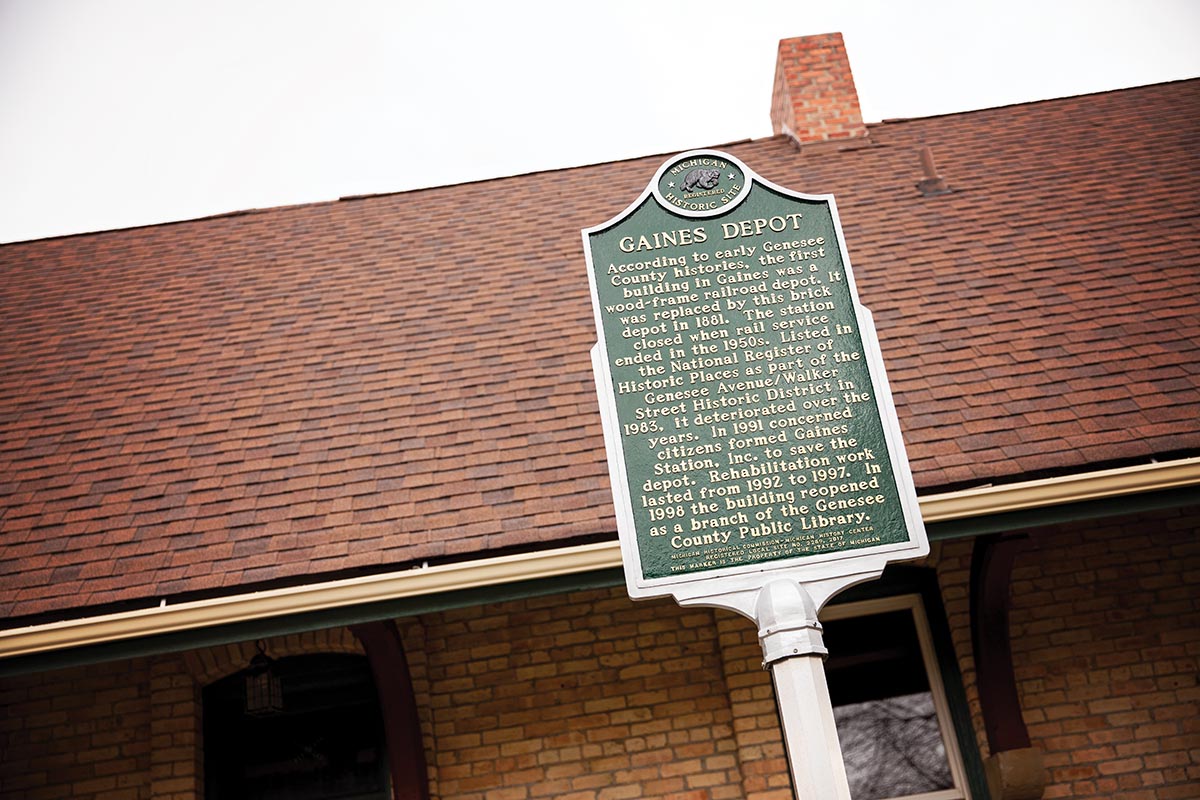 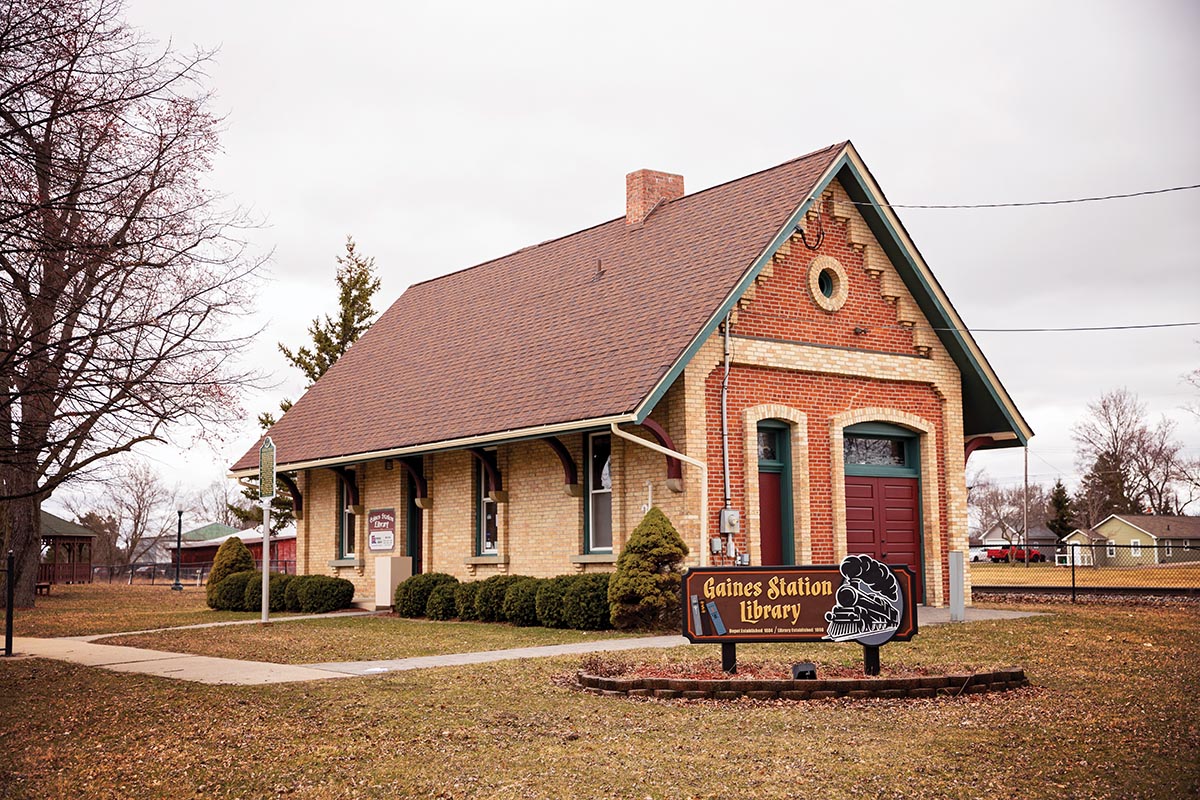 Initially, Argentine grew quickly. Abram Middleworth established the township’s first hotel while Castle and George Sutherland established their own blacksmith shop and mill. The first Argentine Township meeting was held in 1836 in a wooden shanty belonging to settler Charles Byram, who came to the area earlier that same year. Today, Byram Lake bears his name. In 1837, a post-office was established under the settlement name of Booton. The name was changed to Argentine when it was learned that a prior settlement was given a similar name. James Murray was named postmaster and it was he who named the township.

In 1838, the first school was established in Murray’s cooper shop by his wife, Sarah. The next year, a log school house was built on the land of James Olney. By 1878, six schoolhouses existed throughout the township.

Seeing potential in the area, Dr. Isaac Wixom purchased Murray’s lands and structures and moved in, becoming Argentine’s first physician. Dr. Wixom plotted the land in 1844 and had plans for an extensive and lucrative town; however, all plans for the growth of Argentine were dashed when the railway was built through Fenton and Linden, leaving Argentine out in the cold. Dr. Wixom relocated to Fenton in 1869.

Two of Argentine Township’s more notable inhabitants in the early days were farmer Lewis Lahring, who came in 1849, was a successful agriculturalist and held a majority of the area’s farmland (Lahring Road named after him) and poet Mary Cochran, whose writings reflected her eye for the beauty of the land. In her own words:

“I’ve wandered ‘neath the orange tree,
And culled the tropic flowers;
My cheek was fanned by ocean breeze,
I’ve dreamed of southern bowers;
But naught so fair, no air so free,
As thy fair county, Genesee.”

Cochran was a local celebrity with her writing and good works publicized in Flint and Genesee County papers and news bulletins. She worked to help those in distress throughout the settlements and set about collecting supplies for soldiers in the Civil War. Her beliefs are reflected in her final poem:

“And when others fill these places,
Which have echoed to our tread,
May we leave some bright memento
Which will speak though we are dead.” 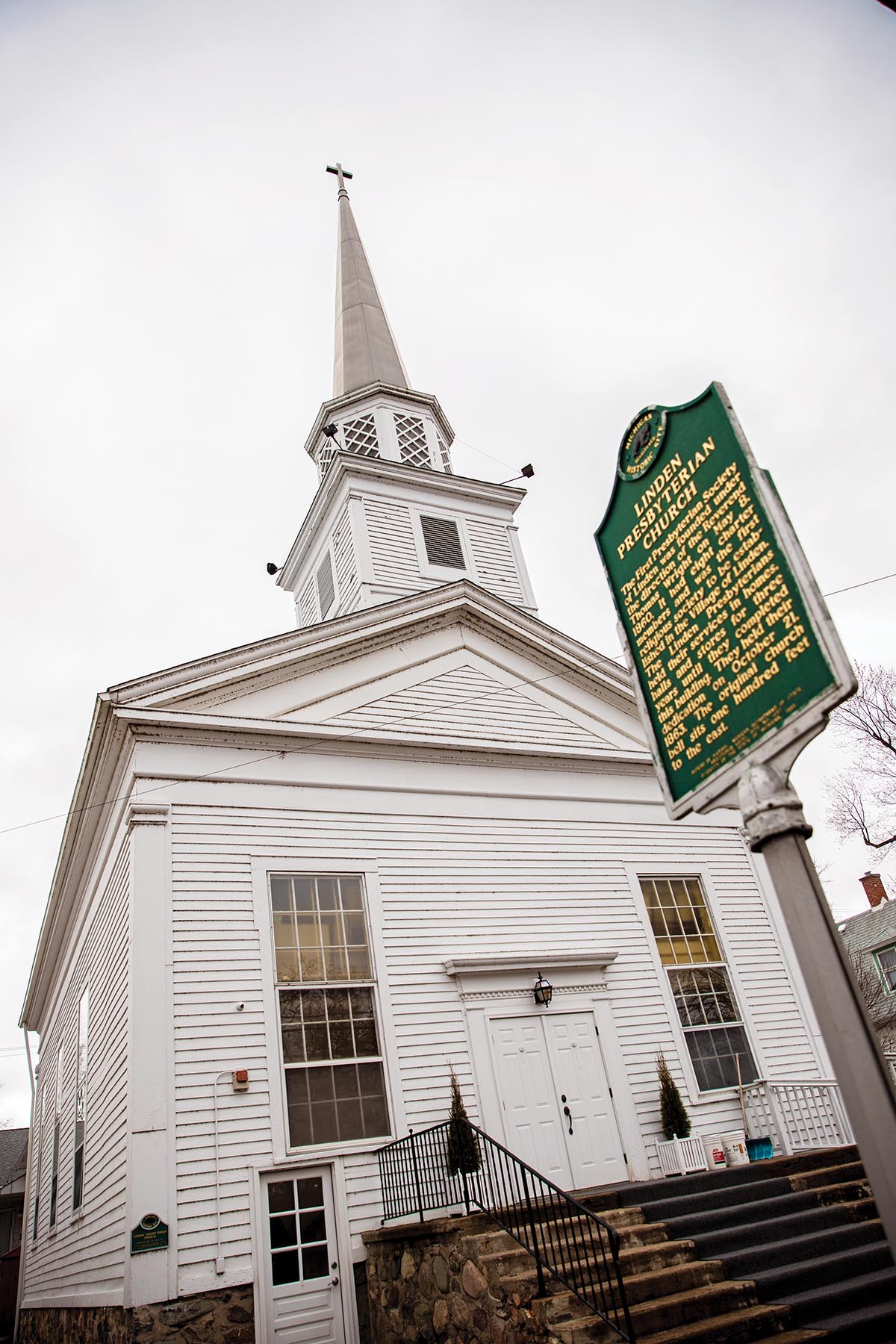 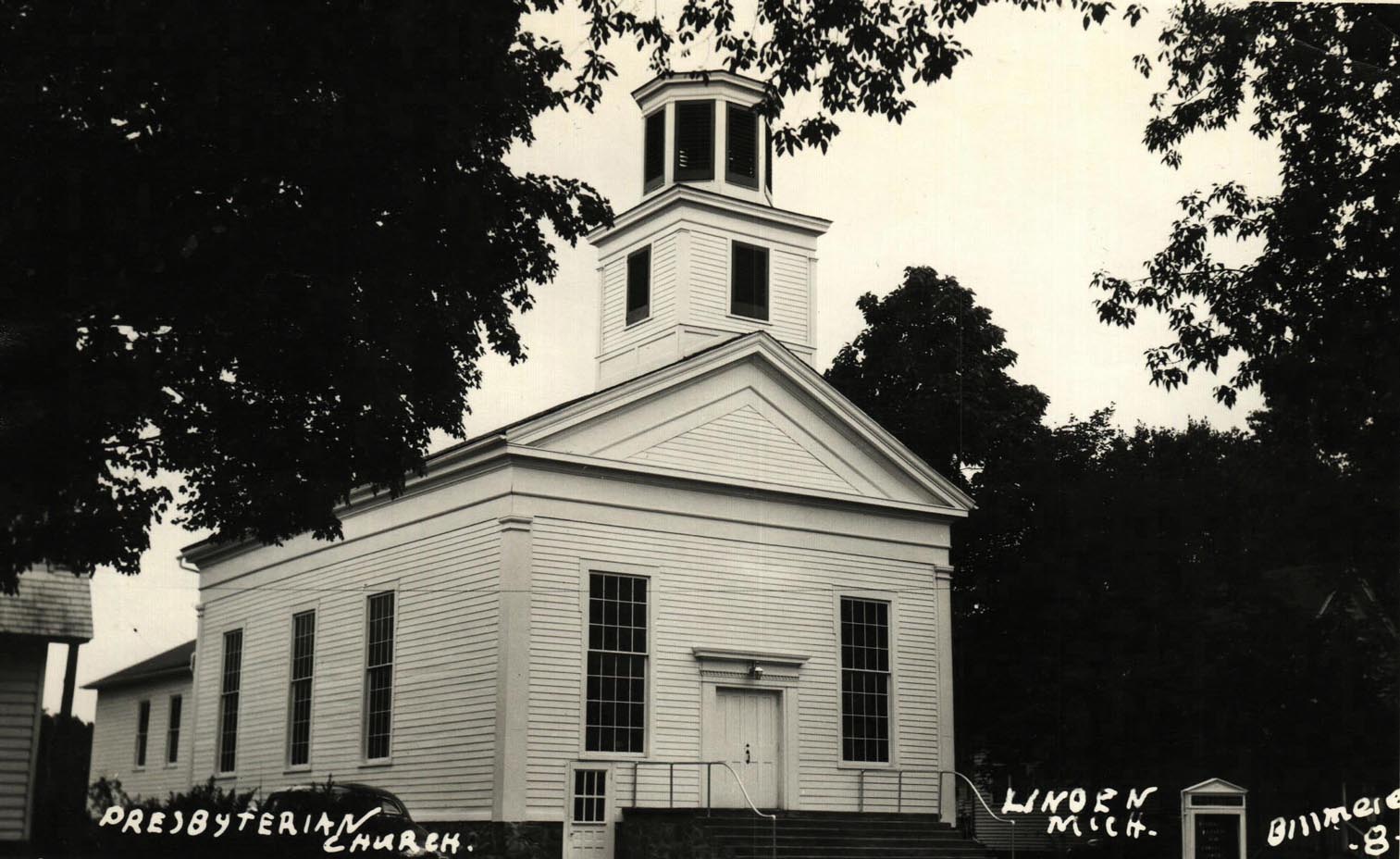 While James Murray was racing to finish his first mill, brothers Richard and Perry Lamb settled in the future Village of Linden. Perry Lamb built a reputation as offering shelter to any and all who needed it, with Mrs. Lamb known as a most gracious hostess and entertainer. In 1836, Mrs. Lamb’s father, Zenas Fairbank, arrived and began to practice medicine with some aplomb, even though he had no formal education. A War of 1812 veteran, Asahel Ticknor, settled in to spend the rest of his days along with Consider Warner, Seth Sadler and Eben Harris.

Warner and Harris, seeing the area’s vast potential, quickly built a sawmill, gristmill, goods store and drug store. (The settlement was known as “Warner Mills” before the name was changed to Linden around 1850.) In 1840, Warner and Harris platted the land. In early 1850, the Warner/Harris mills burned and the land was bought by Seth Sadler and business partner, Samuel Warren. They built a new sawmill and gristmill in 1850. After another fire, another mill was built on the same location in 1871. 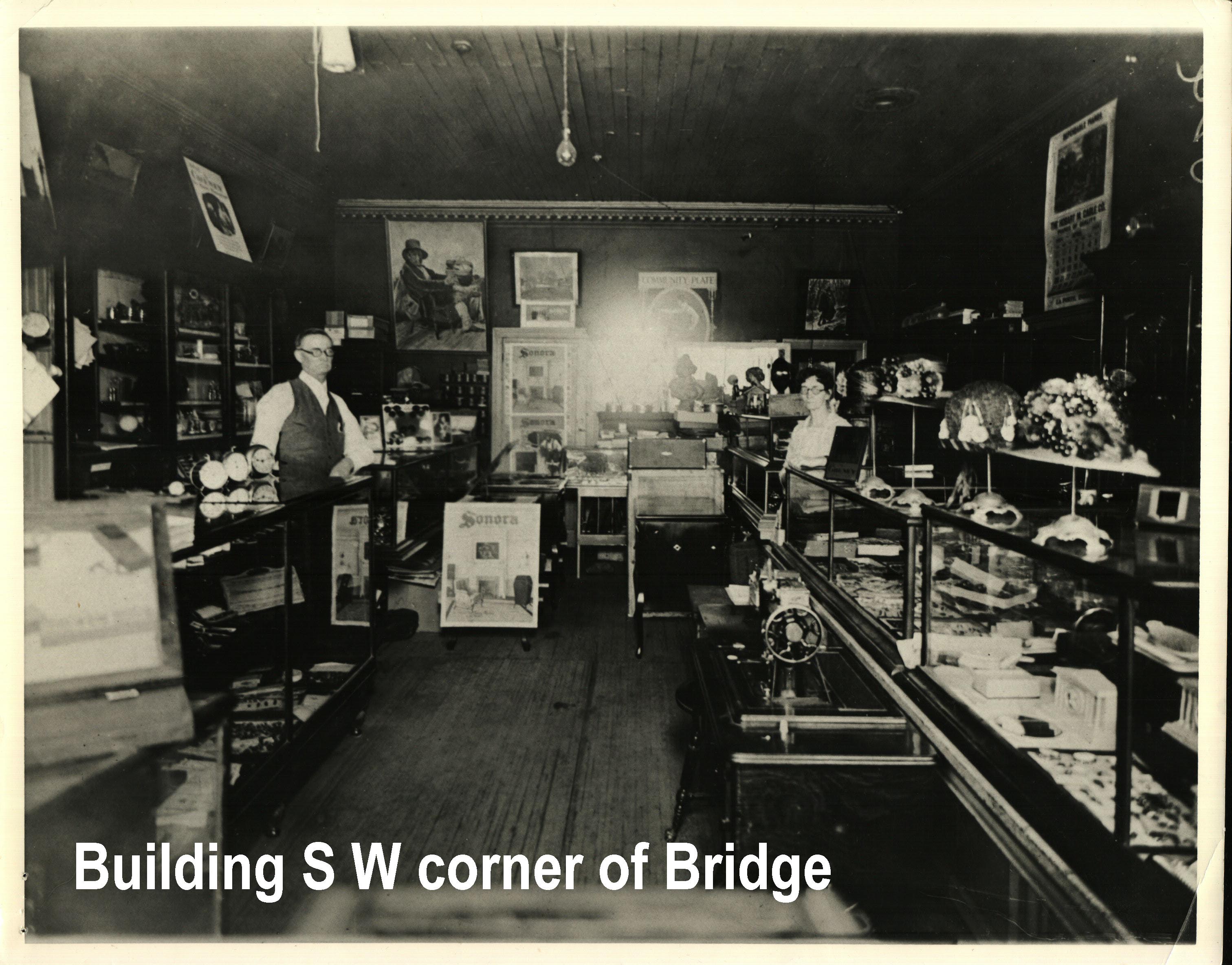 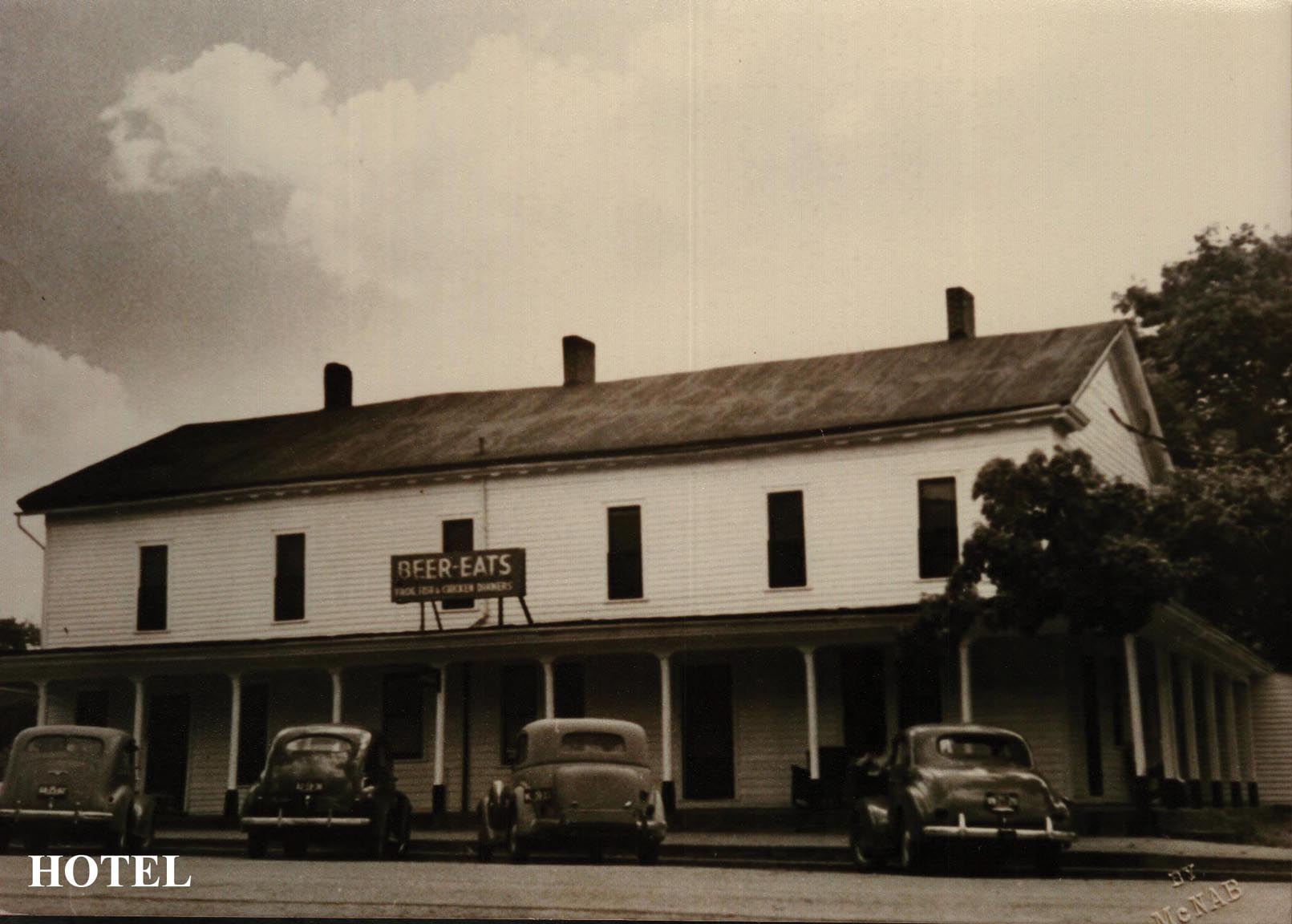 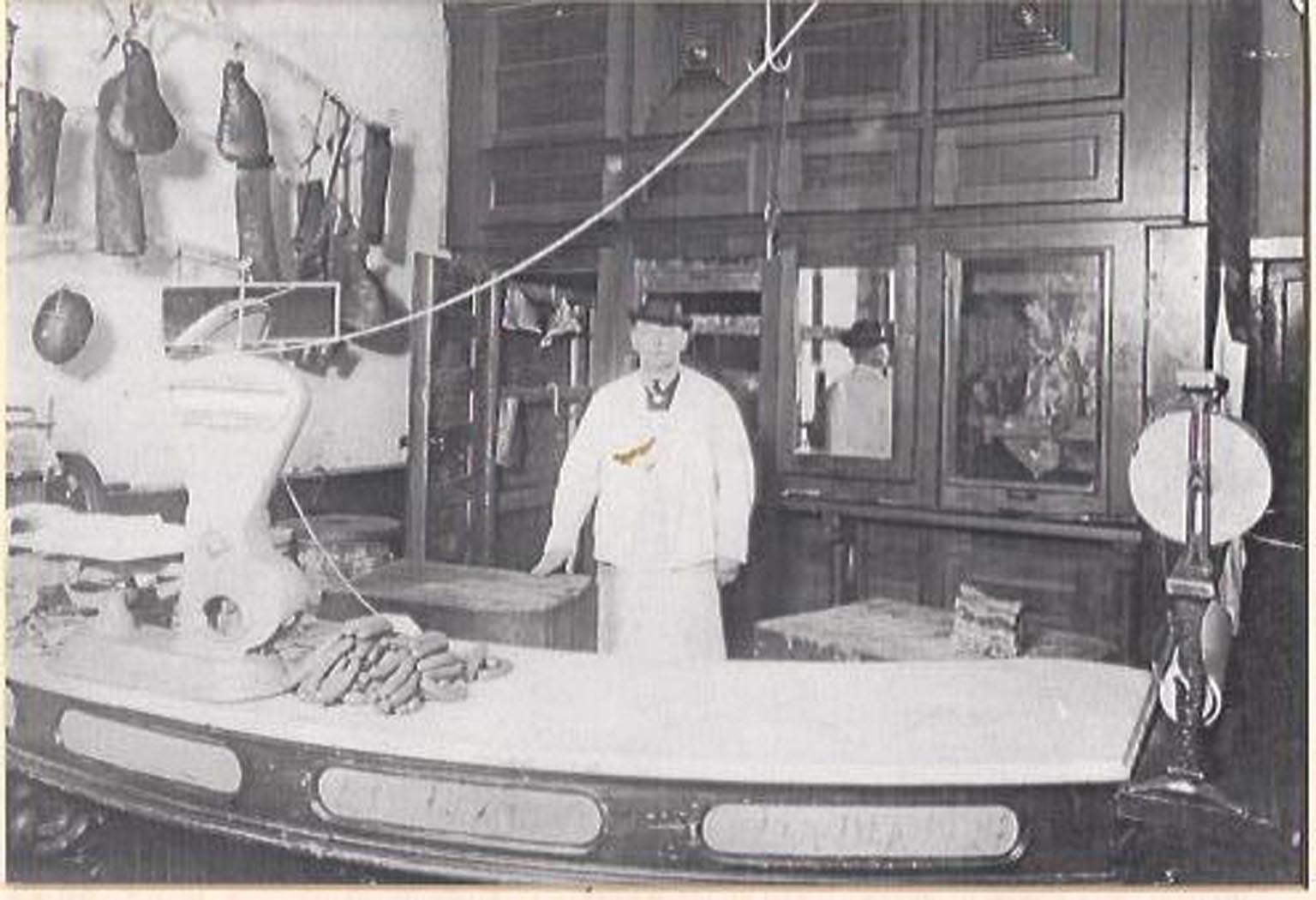 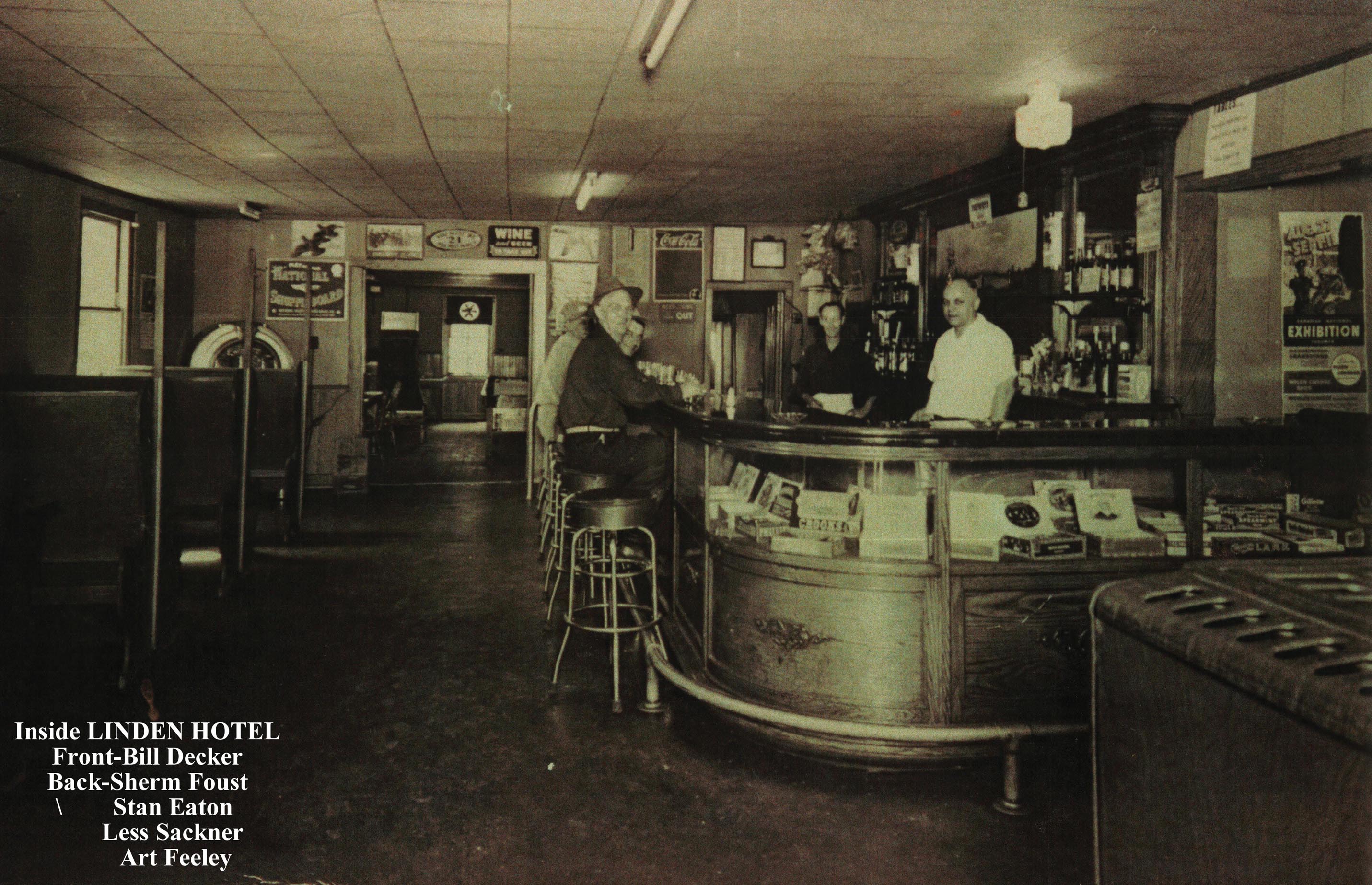 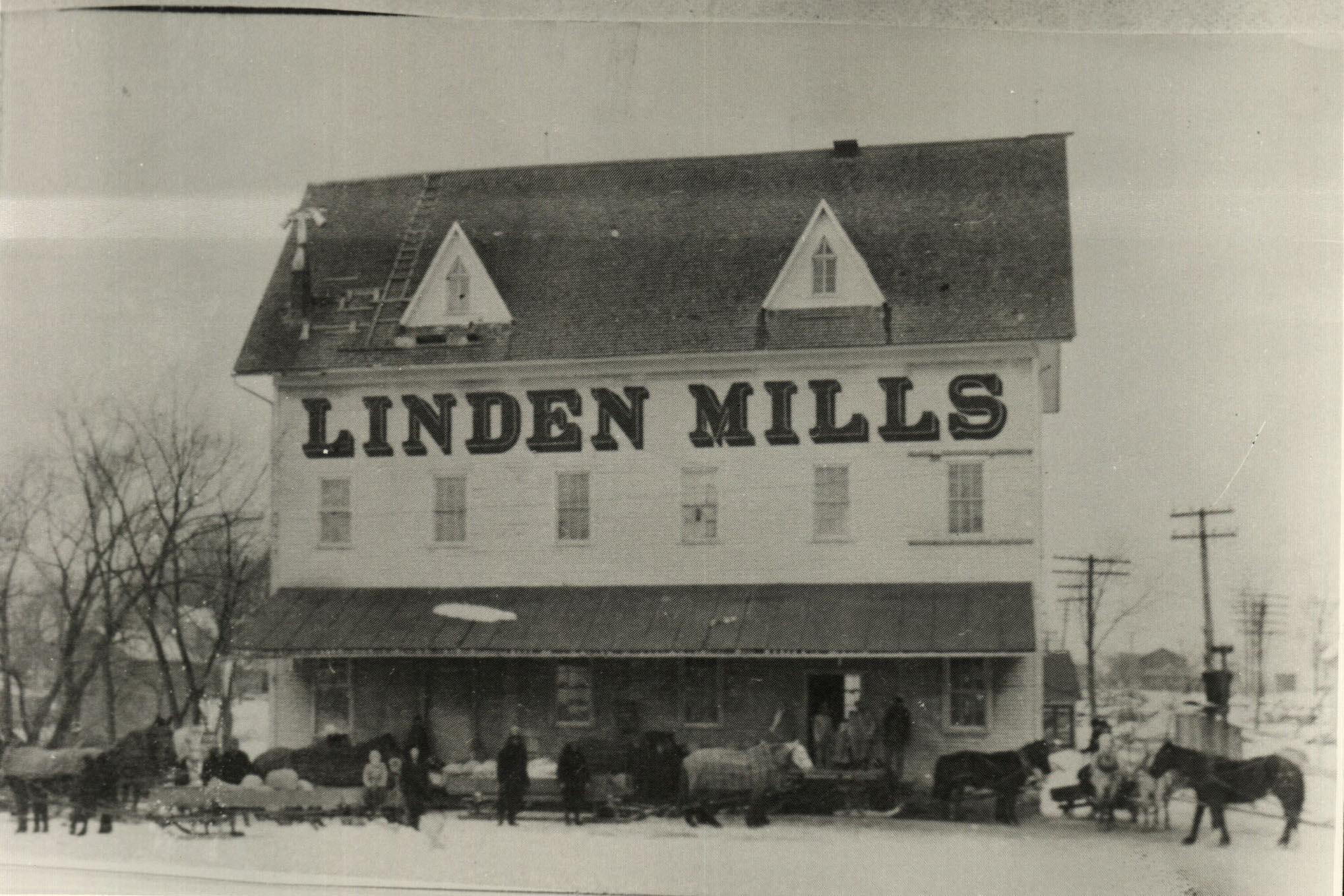 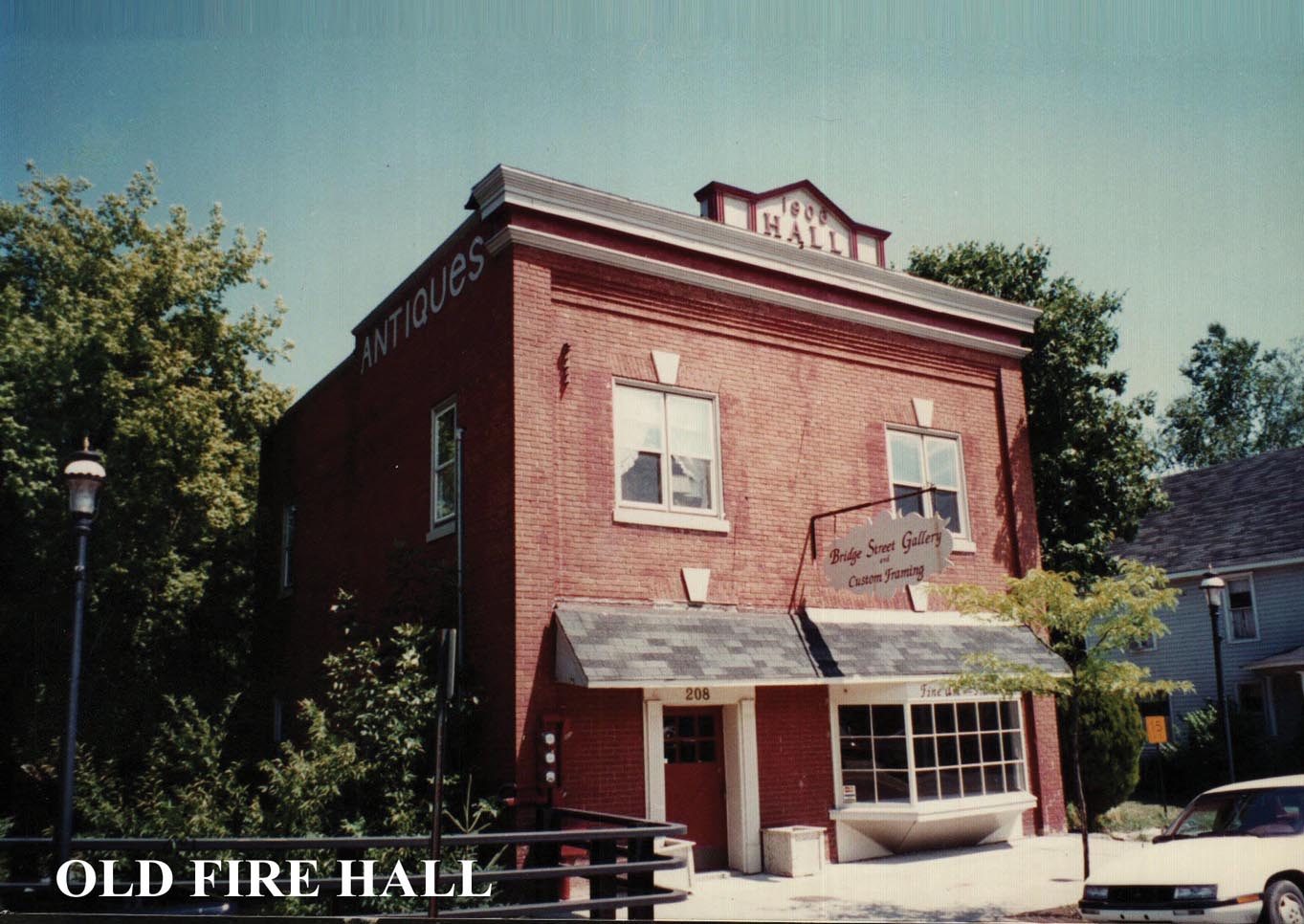 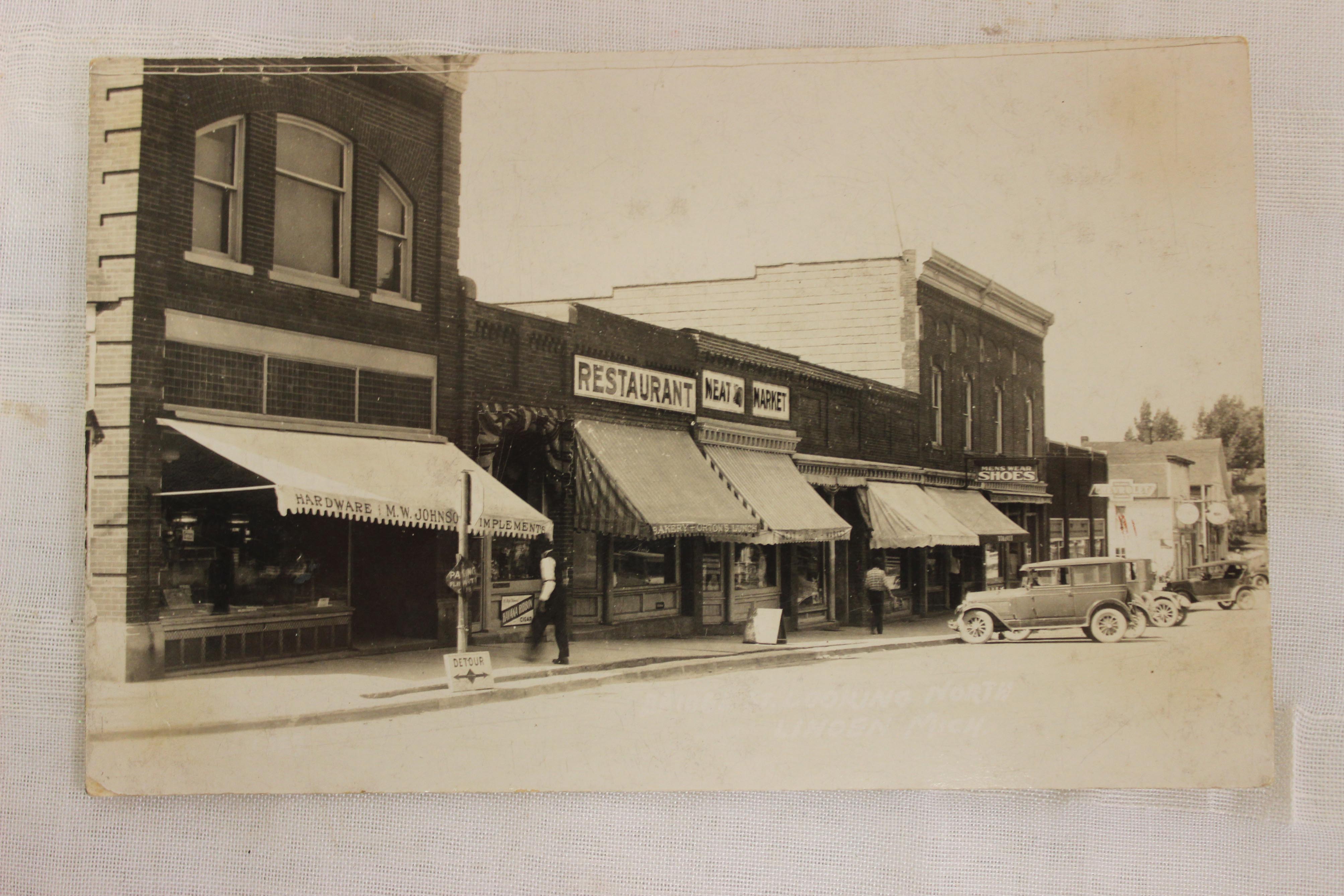 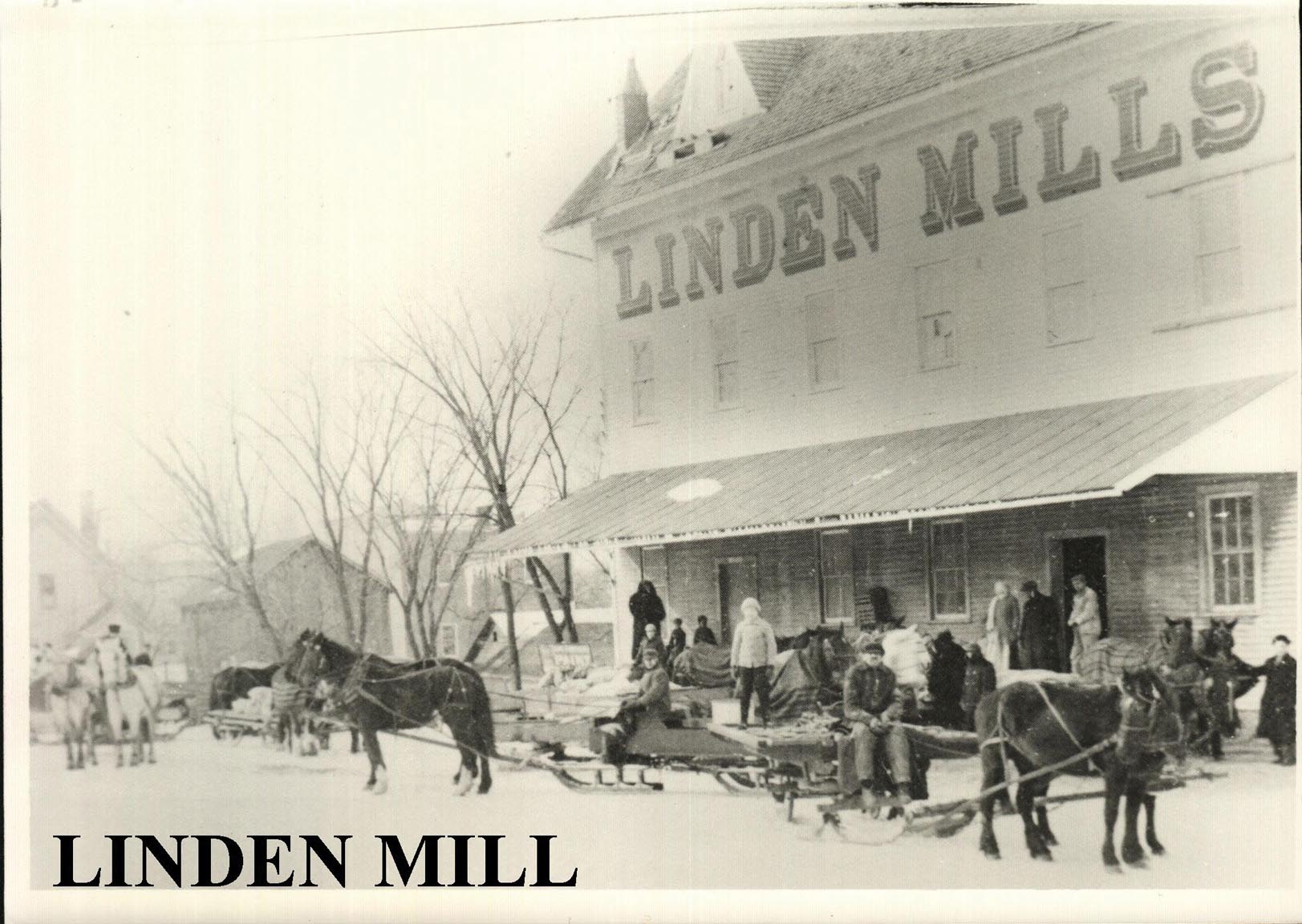 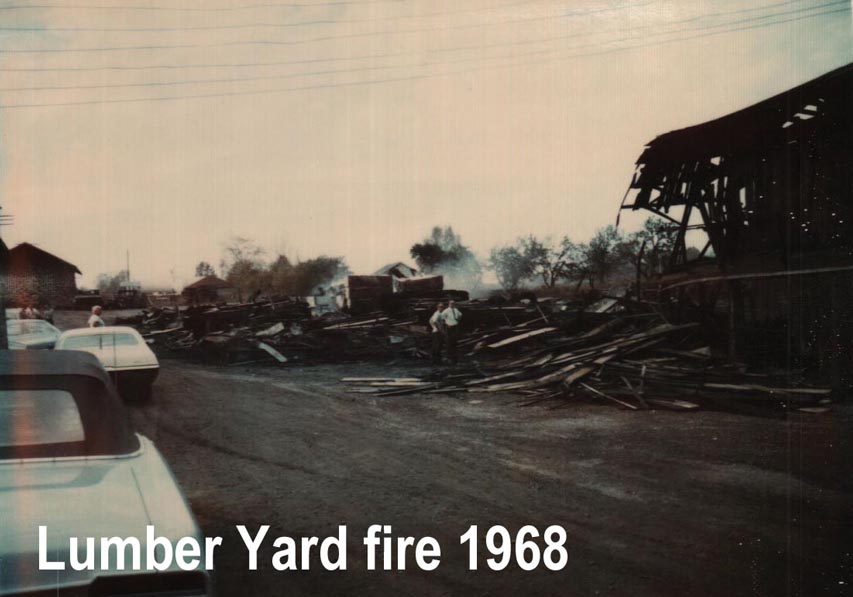 In 1836, Fairview Cemetery was established when worker James Ball slipped and fell from a mill on the Shiawassee River. His family wanted him to be buried in the place where he lived and at the time, there were no cemeteries in or near Linden.

School was first taught in Linden in 1839 by the daughter of Abel D. Hunt in a shanty located in front of the Warner gristmill. The school would be taken over by Walter Brown when a permanent structure was built in 1840. That same year, warner established the Linden Hotel. Known initially as “The Exchange,” the hotel became an important stop for salesmen and travelers and was known for sumptuous dinners and fine hospitality.

With the addition of the railroad, industry exploded in Linden. Businesses had immediate access to shipping and new customers. The Beach Brothers established a buggy factory after making carts for Civil War operations. The horse-drawn Beach Buggy pre-dated the automobile by almost 50 years. In 1858, the Foundry was built by Stephen Clark to help with general furnace work. In 1870, the Union Block was built by A.B. Hyatt and James Moshier, holding eight stores including a grocery, meat market, clothing store and a drug store. Hyatt and Moshier were also instrumental in establishing Linden’s original high school. 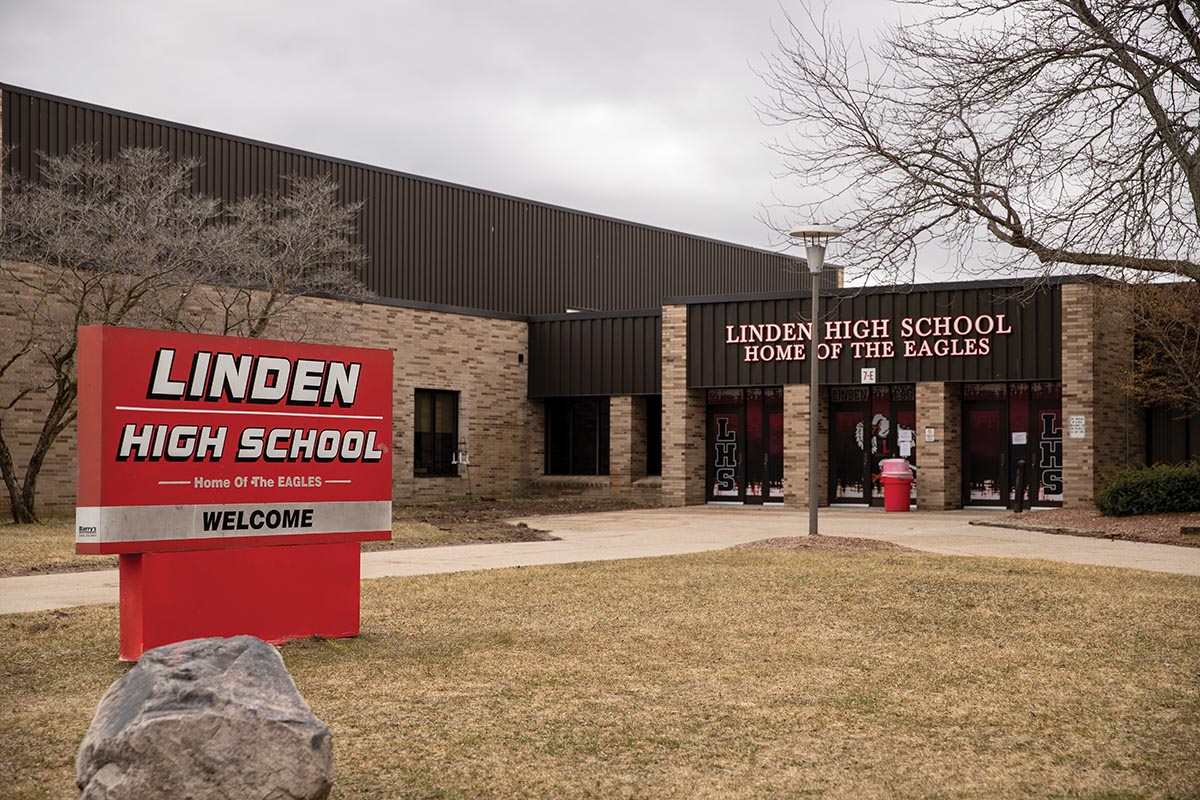 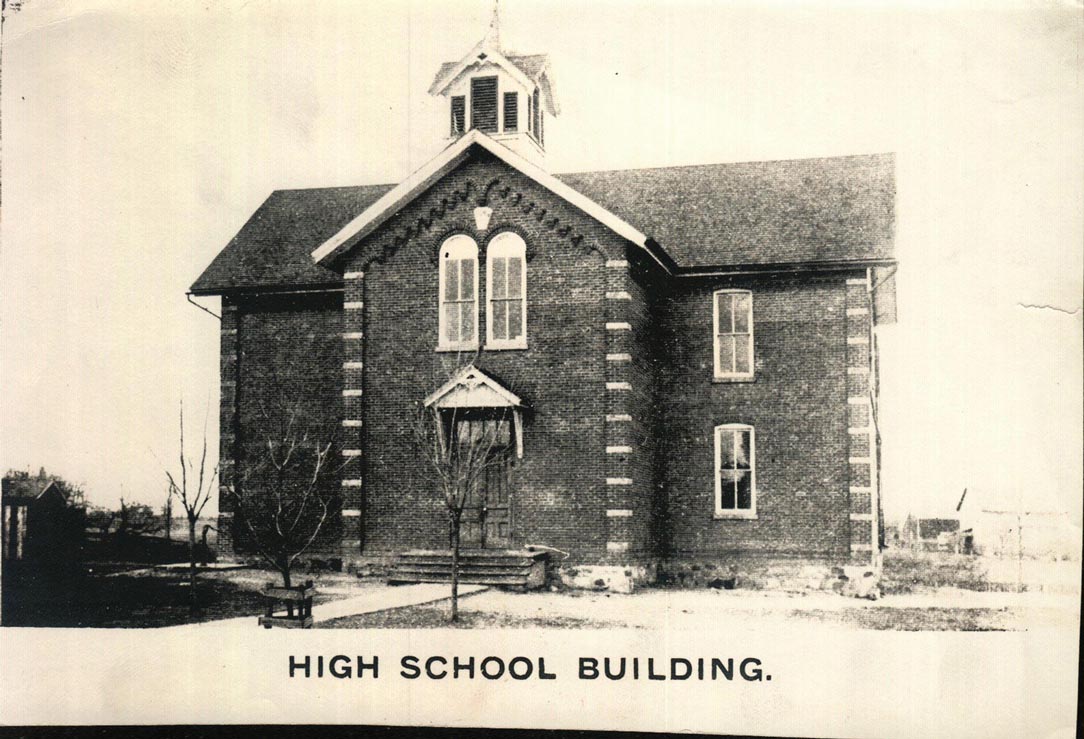 In 1871, Linden was incorporated as a village.

At the turn of the century, fire ravaged the Village of Linden, destroying an entire block of businesses and homes – but, the population remained unfazed. Linden continued to grow, rivalling the neighboring village to the east: Fenton. In 1988, Linden officially became a city.

In Argentine, Anson Wolcott bought Murray’s original mill after its previous owner, Dennis Stiles, lost it during the Great Depression. The Wolcott family continued to run the mill until selling it to Argentine Township in 1993. In 2000, it was purchased by Lee and Linda Purdy and re-named Westwind Milling Co., LLC. The gristmill in Linden, owned by Seth Sadler and Samuel Warren, continued to operate under new ownership until 1956, at which point the Village of Linden purchased it for use as a library and municipal housing. In 1976, the Linden Mills Historical Society museum opened in the building.

In 1947, the Linden Sportsman’s Club was founded. Billed as “The Friendliest Club in the World” its mission was “to promote conservation, education, sportsmanship, public relations and firearm safety.”

A 245-acre cornfield and pasture was acquired in 1956 by the West Side Family Golf & Country Club Committee for the establishment of a golf course featuring a family-friendly atmosphere that included a children’s recreational area and swimming pool. On Memorial Day in 1959, the Spring Meadows Country Club was dedicated and opened. 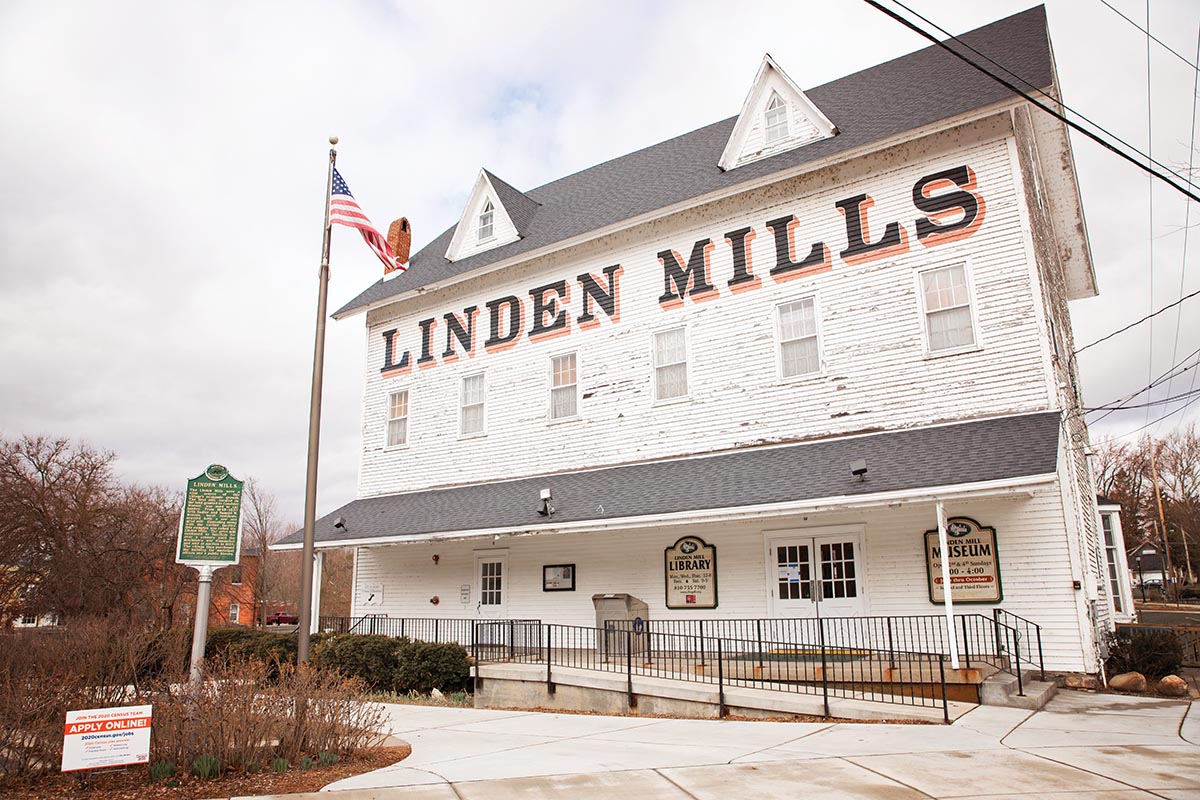 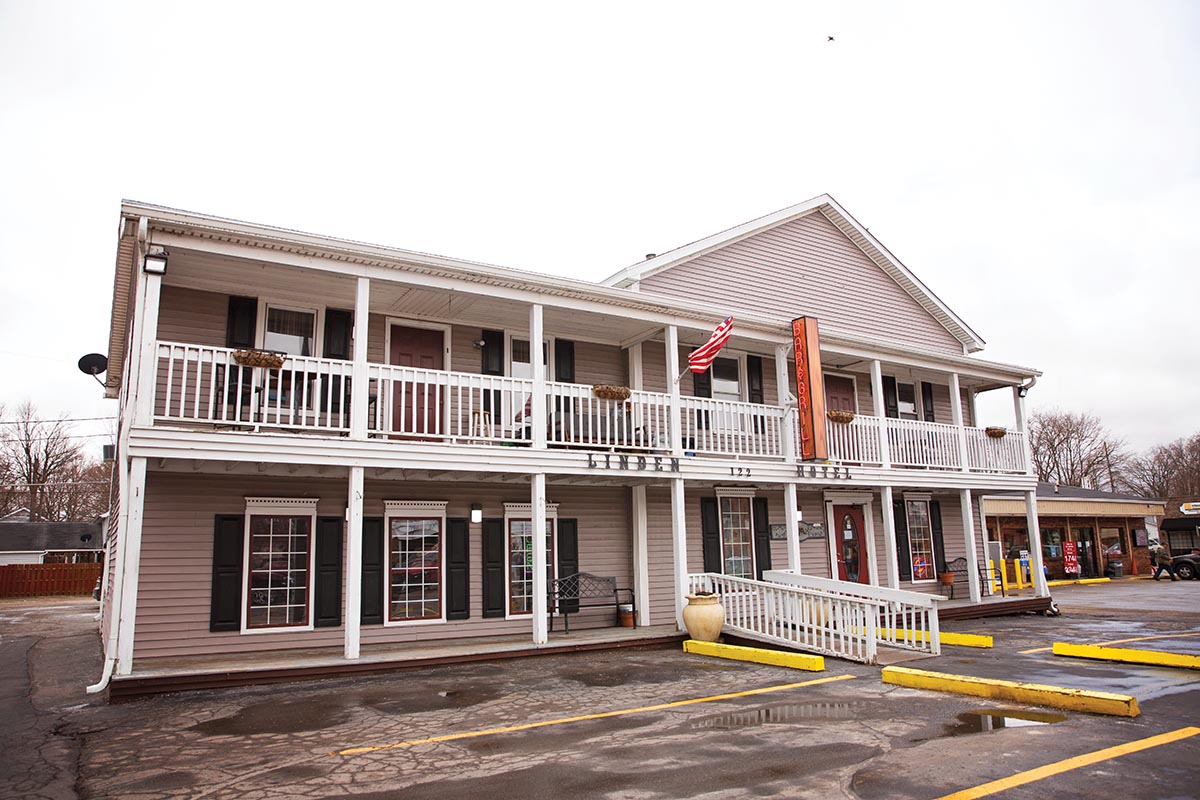 In 1916, the first school in the Linden Community School District, Argentine Elementary, was built. Linden, Hyatt and Central Elementary, along with Linden High School, were built in the mid-60s to ‘70s. The newest addition was Linden Middle School in 2004.

In 2007, tragedy struck when fire again swept through and destroyed the historic Union Block of businesses and apartments. Local philanthropists and business owners quickly swooped in to redevelop the area making it a success, once again.

Linden and Argentine are the southern gate to Genesee County and the city and township perfectly represent our work ethic, community values and scenic splendor. Since the beginning, their inhabitants have been welcoming to all who come through and that tradition continues today.