For the fifth year, the University of Michigan-Flint Department of Public Safety (DPS) River Trail Watchers are back patrolling the Flint River. The trail begins near Downtown Flint at the UM-Flint campus and heads north along both sides of the Flint River to Bluebell Beach. In 2010, the trail was extended from the University west into historic Carriage Town, passing by Atwood Stadium, Chevy Commons park at the former Chevy in the Hole site, the Kettering University campus, and the charming neighborhood park and recreation area at Mott Park. “The Trail Watchers are responsible for monitoring the trail from the UM-Flint Campus all the way to the city border at Flint Township,” states DPS Chief, Roy Hall. 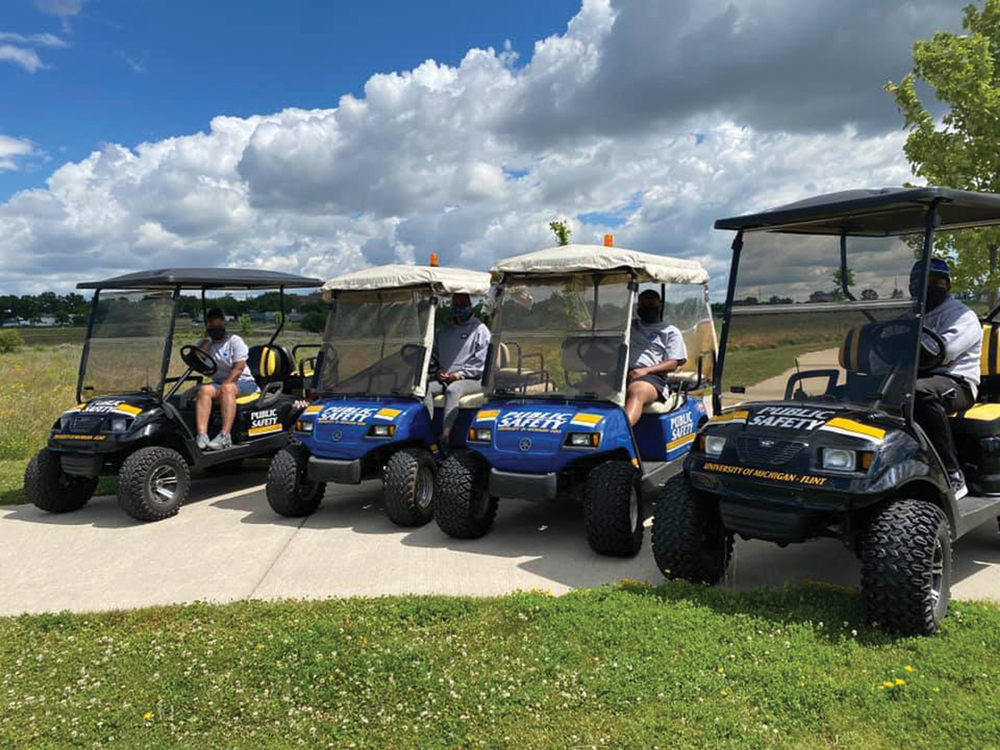 A need for the watch group came about due to a number of high-profile crimes that had occurred on the river trail around six years ago, the chief explains. The DPS teamed up with United Way of Genesee County and the Genesee County Park rangers to launch a safety program. “The top priority is to provide a safe and welcoming environment along the river trail,” says Hall. The DPS operates the programs and United Way is the fiduciary. Now, after five years, the river trail is a safe and friendly place to go. “It has become safer and more people use it now,” Hall adds. 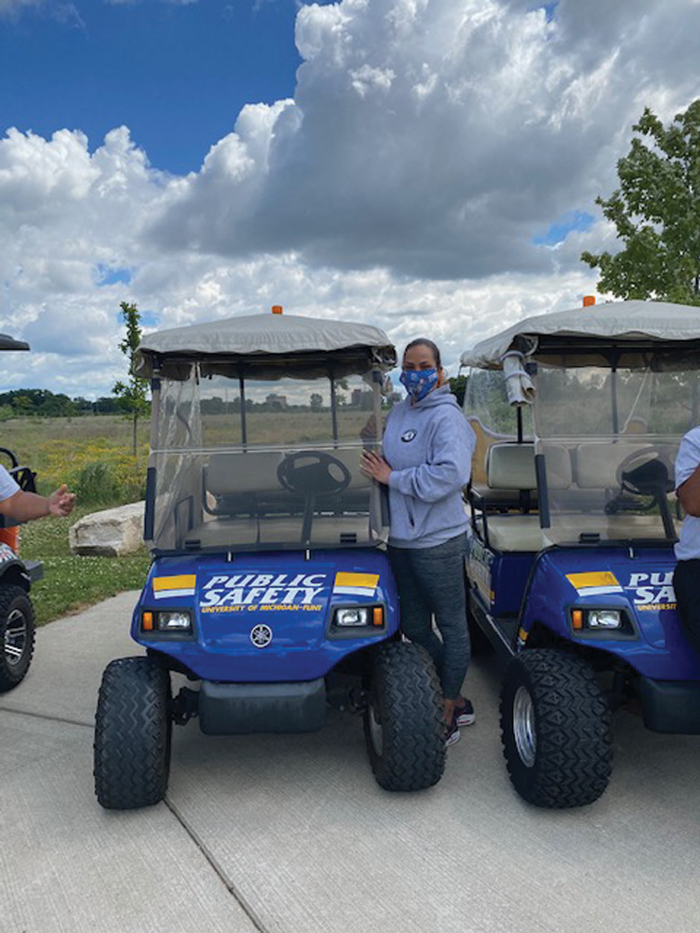 Sgt. Meochy Proby is the Flint Urban Safety Corp program director and oversees the members who monitor the trail. You can see them patrolling in golf carts equipped with police radios, from dusk to dawn, five days a week.” They are the eyes, the ears and the smiles of local law enforcement along the Flint River Trail,” Hall states.

Chief Hall is very proud to report that in the last five years, they have not been made aware of any injuries as a result of a crime along the river – but there is a litter problem. The Trail Watchers help eliminate blight by picking up trash. They also exchange pleasantries with visitors, adding to the friendly and welcoming environment.

The river trail’s charm, the chief says, is the scenery and abundance of nature and wildlife. “You quickly forget you are in an urban area!” he exclaims. “It’s a nice escape. Wildlife and butterflies are plentiful. It is very scenic and you will always find a surprise or two along the way.” There are picturesque bridges and an old cemetery to explore. “I encourage people to take a break at the cemetery and discover something about Flint’s history.” 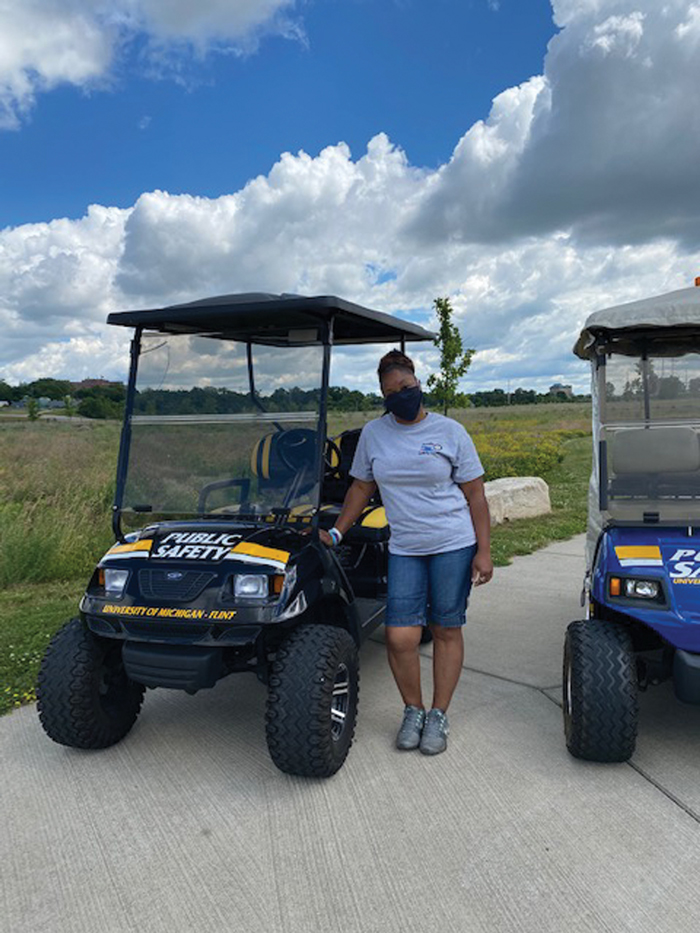 Hall encourages people from all over to visit the river trail. Free parking is available along E. Boulevard Drive at Campus Drive. “Drive downtown, park for free and explore our river trail,” he says, adding that it is an ideal place to walk the dog. Walking, biking and running are all encouraged.

“Bring the family, bring your friends and you will find a wonderful escape in Downtown Flint – a safe, inviting place to enjoy an afternoon. I can’t say enough about our river trail,” says Hall. “I look forward to seeing it used in a more robust way.”