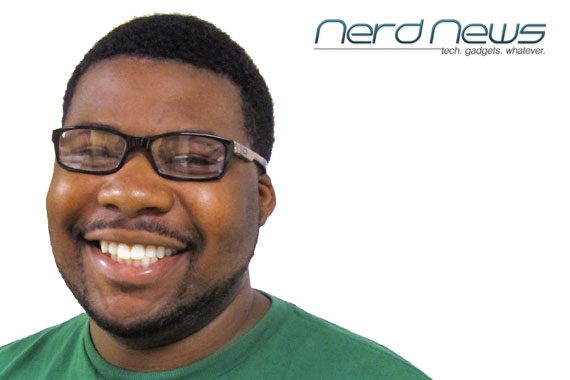 One night late in the year 2009, Rob Boggan of Flint sat with two close friends to discuss all things geekdom. What began as a normal conversation would soon evolve into a business plan. Boggan explained to My City Magazine what was deliberated that night.

“We wanted to start a tech blog that reviewed phones without trying to sell phones through the reviews. We just wanted to review the devices from a strictly consumer standpoint: how good the screen was; what the battery life was like, and get rid of all the fluff.”

Immediately following that night of brainstorming, the trio started Nerd-News.com, a website dedicated to reviewing high-tech products. Immediately after its inception, one third of the team bowed out, leaving Boggan and his friend, Johnny Mason, as partners. Mason provided most of the site’s content in the beginning stages. It was not smooth sailing for the two at first: Boggan and Mason sent emails to as many companies as they could in hopes of receiving a product to review in advance of its market debut, but they often got no response. If they were lucky, they received a cellphone carrying case for review. But the two remained persistent. “We got a lot of ‘Nos,’ but we would ask for something again the next week,” Boggan explained. Reflecting on the beginning of Nerd-News, Boggan said it was easy to “work as a team,” but after two years of providing content, Mason stepped away from the project, leaving Boggan with all the administrative duties that encompass website maintenance. With little time but a lot of interest, Boggan began writing all the product reviews on Nerd-News, which seemed futile to him until he realized just how much traffic the site was generating.

“There were times when I’d write a review that I thought was great and it would get maybe 600 views, but then I’d write something generic just to provide content without thinking anything of it and get over 12,000 views!”

As the website gained momentum, Nerd-News began receiving notable recognition from the tech world. Boggan’s reviews of cellphone, tablet and computer devices have been accepted as authoritative by the likes of Verizon and Samsung, and he has been personally invited to launch events at top venues throughout the United States, including Radio City Music Hall in New York. He also typically receives new products weeks in advance of their consumer release, and has progressed from reviewing cellphone cases to devices worth hundreds of dollars. All of this success belongs to an independent web-based publication started in Flint, by Flint natives, which remains based in the city to this day.

Boggan explained to My City Magazine what his youth was like, revealing that Nerd-News had been something in the works for several years by virtue of his childhood experiences. It seems that he overcame great odds. His parents split when he was seven and from then on, he and his younger sister were raised by their mother. He credits her discipline as the thing that set him apart from his peers. “I was always into tech devices when others were into clothes. I remember being the only kid on the block who knew how to navigate the Internet with Windows 95. As I grew older, all my friends wanted to smoke and drink, and my mom wasn’t having that. If I wasn’t home by the time the street lights came on, I was in trouble. But looking back on it, it was important for me that she raised me like that. Out of my five closest friends growing up, two are in jail, one just got out of jail and another is on the run – and then, there’s me.”

Boggan maintains Nerd-News.com while working full-time to support his wife and son. Attending the University of Michigan-Flint, he looks forward to finishing his degree in computer science with a focus on software engineering in order to accurately produce computer programs, software and write website code. As he pursues his life goals, Boggan wants the youth in Flint to know that they are not forever subjected to less fortunate circumstances.

“So many guys are just into basketball, basic level jobs and running the streets. I’m trying to bring that true, big city feel back to Flint by connecting with major industries through new technology. It’s all about becoming a master of your environment. Just because you came from a single parent home or just because you’re from Flint doesn’t mean you can’t make it. I’m tired of people saying there’s nothing here and nothing to do. It’s what you make of it.”