With five sons, and two on the autism spectrum, Brian Aubuchon and his wife, Tina, were looking for a way to connect with and support other families facing the challenges of autism. But, local resources for autism can be difficult to find. “There is a little bit of money out there, but it is really hard to get,” Aubuchon says. “It is almost impossible.” And, having a child with autism comes with its own set of individual needs and expenses that can add up quickly. Aubuchon, who owns and operates Holly Lanes Bowling Center, explains that, when attempting to help the community, they found it difficult to even find places to which they could entrust their donations. “We donated to a school that was supposed to build a resource center and they didn’t,” he shares. “I was very upset, but rather than taking it out on them, I decided to start a foundation.”

Team Nicky Inc. is a 501c3 fundraising organization, named after their son, Dominic, who was diagnosed with autism at around 18 months old. Aubuchon, frustrated by the way other organizations utilize donated resources, insists that every penny donated to Team Nicky Inc. goes directly to those who need it most. “At Team Nicky, nobody takes a salary, nobody takes a bonus, we take all of the money and pass it back to the community,” he states. In fact, Aubuchon says that one of the things Team Nicky spends the most time on, is making sure the money is helping the most people, in the best way. 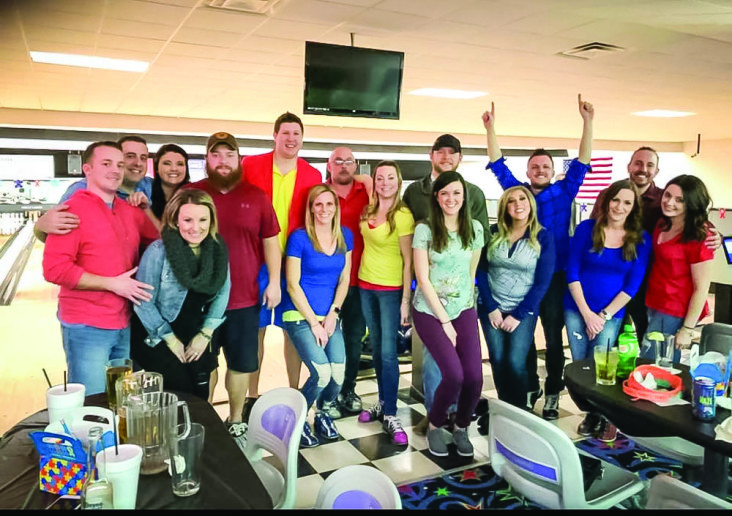 That means they are always researching and connecting with other autism groups, places like local schools and the Autism Support & Resource Center in Burton, and hosting events that help them remain an available resource for local families. They have donated money for rescue horses so that therapeutic riding is available in the area, they funded two therapy dogs, as well as addressing many smaller needs. Aubuchon explains: “We provide something locally that people can reach out to for help, and if nobody reaches out, then we just pick people to help because our goal is, at the end of the year, to have no money in our account. We don’t want a penny in that account, because we want it to all go where it needs to go. So, if it is a big cause, we will do a big cause. If it’s a little cause, we will do ten little causes, and everything in between – whatever the community needs.”

A majority of Team Nicky’s funds comes from their bowling event at Holly Lanes, “A Night Out to Strike Out Autism.” The last event took place in early March. “We had 138 people come and it was five hours of fun! We raised $21,000 in one night and that allows us to ask, ‘okay, who wants some help?’ Aubuchon shares.

What do families with autistic children need most? Aubuchon says the number one thing they need is, “more time to really be with the kids.” He explains, “puzzle pieces are the perfect symbol for autism, because each and every day – having two kids on the spectrum – each day is a different puzzle. And, getting that quality time with your child, in order to understand them better, is very hard to do.” What Team Nicky offers are ways that parents can get more time, whether that means things like helping a family to bring in an autism specialist once a week, or providing a cleaning service so the parent can step away from those daily tasks for an hour, they will do what they can to help.

“We provide something locally that people can
reach out to for help, and if nobody reaches out,
then we just pick people to help because our goal is,
at the end of the year, to have no money in our account.”
Brian Aubuchon, Team Nicky

The second thing that families need are resources outside of the schools. “There are lots of different tools, such as weighted blankets and weighted vests, puzzles and games that are specifically geared toward helping with sensory issues,” Aubuchon explains. These tools that can make a difference for a child on the autism spectrum are also rather pricey, so that is where Team Nicky can step in to fill the gaps and make life a little easier for the parents.

Once a week, Holly Lanes hosts a sensory-friendly day, providing a comfortable environment for kids to bowl by minimizing the lights and sounds. The most comforting thing for the families that attend, Aubuchon says, is just knowing that they’re around other parents who understand autism. “A lot of families are nervous to go places, because they have no idea how their child will react, or how others will react to their child,” he says. Social interaction is one of the biggest challenges for children with autism, so exposure to social situations is essential for their development. At the same time, when other people don’t understand the reactions of the child on the spectrum, it can be very difficult. This is so extreme at times, that Aubuchon has had strangers at the grocery store tell him to “better discipline his child,” because they simply aren’t aware of what autism is or looks like. 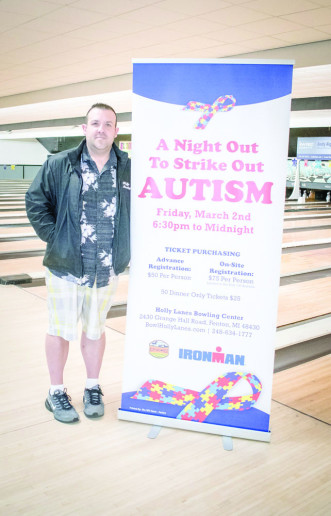 “A lot of parents are afraid to go to the park, because, for example, when my son pushes someone, it isn’t because he is angry, it’s because he is trying to relay that he wants to play. But, the first instinct of the other parent is to get upset. When you try to explain it to them, some parents are understanding while others aren’t. So, you get nervous.” Dominic is in fifth grade and has the reading and math skills of an eight-grader, while his social skills are closer to a second-grade level. He doesn’t need more help in math, he needs more practice socializing. At Team Nicky events, other parents are understanding and can help each other.

One of Aubuchon’s long-term goals is to develop a national identifier, so that children with autism might experience more understanding, rather than negative judgments. “If we had a bracelet to wear so that if you see another kid acting out on the playground or in the movie theater, you could see the bracelet and have at least somewhat of an understanding of what is going on,” he says.

In the meantime, Brian and Tina Aubuchon and Team Nicky will continue to do what they can to raise awareness and to create supportive environments for families with autistic children. “In our family, it’s great to watch how our sons support and help each other,” Aubuchon says. “If we can create that type of environment at the bowling alley and raise funds that help provide environments where families can congregate and support each other, that is a really cool thing for us.”

To get involved with Team Nicky Inc., visit teamnicky.org, or find them on Facebook. 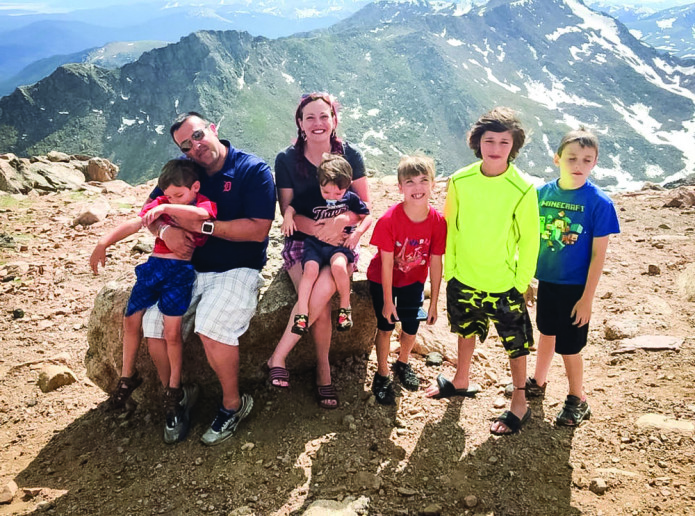 At Team Nicky, our mission is to provide inspiration,
motivation, and resources to groups, families, and
even strangers in times of need, and provide
assistance to others when normal resources run dry.