So popular a dessert is pie that February has been designated as Great American Pie Month. In celebration of the occasion, My City Magazine went in search of some old-fashioned, homemade pies. We didn’t have to look any further than Sandra’s Place at the Flint Farmers’ Market to find little slices of heaven: sweet potato, pecan, buttermilk, cherry, apple, Key lime – and much more! 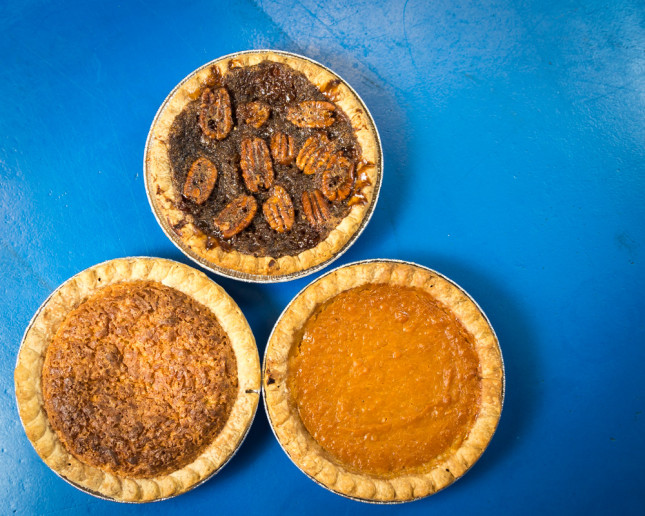 Owner Sandra Williams, a longtime resident of Flint Township, has been serving pies to customers at the Flint Farmers’ Market for the last six years and has been cooking and baking since she was 12 years old. “My mother, Earlene Linsy, taught me to bake; we didn’t have a mixer at the time, we had to stir by hand,” Sandra remembers. “I always stood in the kitchen while she was cooking.” The first thing Sandra learned to bake were old-fashioned tea cakes. Her recipes are a combination of her grandmother’s, her mother’s and her own, influenced by her Southern upbringing. Her grandmother, Ernestine Abrom, passed away in 2017, but her memory lives on in each and every bite of Sandra’s pies.

Sandra’s baked goods are well-loved at her church, The Freedom Temple Church of God in Christ, where her husband, Charles, is the pastor. After eating a slice of Sandra’s pie, one woman cried because it reminded her of her grandmother. Charles Baker, a longtime friend, loved Sandra’s baking so much that he gave her an application to open a place at the Flint Farmers’ Market and urged her to do so. Retired from GM, Sandra knew she couldn’t remain idle, so she took Baker’s advice. “I’ll just do it for a little while and make a little money,” she told her friend. “I have been here ever since.” Sandra was feeling especially blessed at that time in her life, as she had been diagnosed with breast cancer and had just completed 33 radiation treatments. “I’m cancer-free now!” she exclaims. “I wanted to work. I’m not a homebody and the Farmers’ Market was perfect for me.” 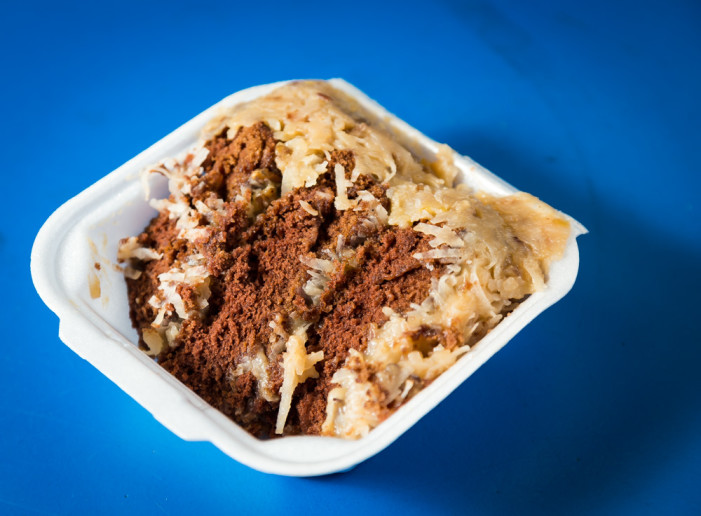 At Sandra’s Place, a customer favorite is the sweet potato pie, a secret recipe. “It’s the way I cook the potatoes that makes it so special,” she teases. Along with pies, Sandra also sells a variety of fruit cobblers and cakes. The luscious and rich German Chocolate cake is another Market favorite. She also sells caramel pound cake, red velvet and coconut cakes, as well as a delicious carrot-pineapple cake topped with cream cheese frosting. Her Million Dollar pie is popular, and she has graciously provided the recipe for MCM readers.

Sandra especially enjoys having her place at the Flint Farmers’ Market, where all of the vendors are like one big family. “They call me ‘The Queen’ because I dress up every day; I’ve always been a dresser,” says the pie-maker with a smile. “I love what I do. I love to have people eat my food and tell me it’s good. I was raised in the South and picked up a few things along the way. I don’t want people to forget the old way of cooking.” 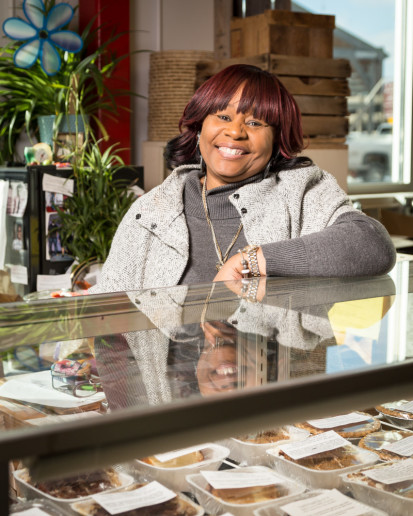 Combine above ingredients. Pour into a graham cracker crust and garnish with pecans. Chill and serve. Recipe makes three pies.