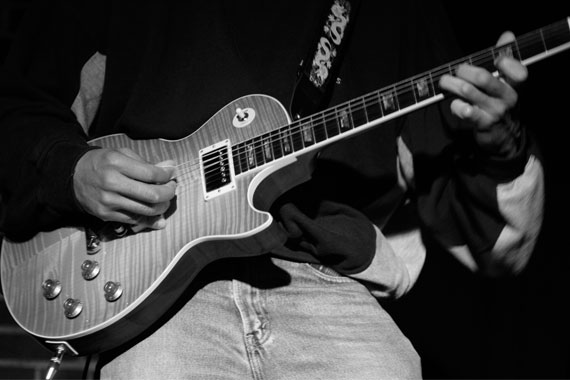 As a musician, I often gauge the vibrancy of life within a city by the accessibility one has to the arts, be it theatre, dance, literature or music. Not long ago, after concluding one of my many walks about town—I’m incessantly pedestrian—I happened upon a group of about half a dozen college-aged youth performing a step routine outside of Churchill’s on Saginaw St. I turned to my best friend who walked alongside me and exclaimed, “When youth are dancing in the streets, that’s how you know a city is alive!”

In early May, I sat with Greater Flint Arts Council President/CEO, Greg Fiedler, to talk all things art. Greg intimated that when he was in his 20s, the happening thing to do in Flint was to frequent the clubs. “Even if you were a seven-day-a-week person,” he said, referring to those who partied every day, “you could find something going on at one of the clubs in town.” We then lamented how clubs have become a bit unfashionable as of late, and that clubs are all but entirely absent from Flint.

It was during our tangent on clubs that Greg revealed what it is that makes Jazz Walk so special. He first explained a shift that happened in the club scene back in the 1970s. “When disco hit the scene, suddenly deejays became more popular than live bands. But there’s really nothing more exciting than live entertainment. With Jazz Walk, our mission is to build the Jazz audience with live entertainment, and boost the Downtown economy.”

Youth dancing in the streets … live entertainment … I see a motif and I like it. Is it possible that appreciation of live music is about to supplant the docile habit of sitting idly while some bloke in a vest clicks on a playlist from behind digital turntables? What I wouldn’t give to have a Jazz quartet play the Charleston while I grab my best gal and dance ‘til the sun comes up, or at least until the manager at Blackstone’s kicks us out. (I suspect the reader might begin to hear my inner Luddite come forth at this point, but don’t abandon me as a technology-hating tyrant yet.)

The live music of Jazz Walk attracts around 500 people on average to Downtown Flint on the fourth Thursday of each month, and come rain or shine, Jazz Walk will make your toes tap. I had the privilege to buy a few drinks for the trio who played at Blackstone’s on April 25. The trio is comprised of Des, Owen and Owen, all UM-Flint students. They’ve been a group for just over a year, and they hail from Flint and Davison. After playing a two-hour set, they collected some cash, and recounted how it was GFAC that got in touch with them to play that night. I was all ears. “A reverie is what I’m experiencing,” I thought. “I’ve woken up in the roaring twenties!”

Along with Des and the Owens, three other bands played three other venues downtown that night: TRE at White Horse, Blu at Cork, and Joe Wright & Friends at 501. They all walked away with cash in hand. “Jazz Walk creates paying work for local musicians,” Greg mentioned during our talk, and we both mused on how cool that was.

So, here’s my charge to the reader. The next time you’re flipping the channels in search of something to worthwhile on prime-time television, and you begin to form the phrase, “There’s nothing to do in Flint,” remember Jazz Walk, and its cousin Art Walk, and the dozens of other well-advertised events that take place weekly in Flint. From 5-9 pm on every fourth Thursday of the month, you can take a stroll to different bars and restaurants and fill up on great food and great live music, and if the ladies of Flint are so lucky, they might also be treated to a great dance with a certain writer, as well.