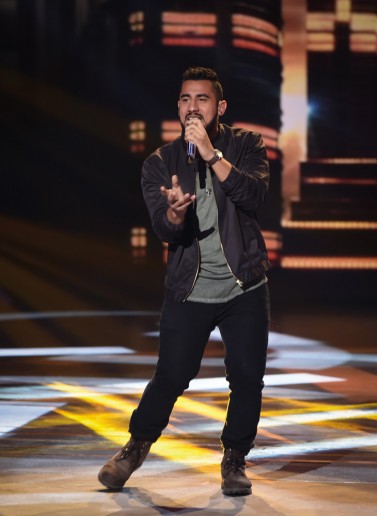 This year has been one heck of a ride for Manny Torres, a soulful singer who grew up in Flushing and graduated from Flushing High School. He was not only the last American Idol contestant to audition for the show’s final season; he made it all the way to the Top 14! The winner of the Season 15 series finale was Trent Harmon, a 26-year-old from Mississippi who bested La’Porsha Renae, who had been considered a front-runner. Manny has formed lasting friendships with both of the finalists. He caught up with My City Magazine to talk about this once-in-a-lifetime opportunity and to share his amazing journey.

The 20-year-old worship leader has always loved music. His father, Ezequiel Torres, was a pastor at a Flint church. “I grew up playing music at church,” he says. He eventually learned to play the drums, piano, bass and guitar. Later, he discovered he had vocal talent, as well. After graduating from high school in 2013, he had to decide if he wanted to pursue a music career. “If I do this, I have to give it everything I’ve got,” he had said. He decided to go to Chicago and follow his dream. “It was quite a jolt coming from a small town and going straight to a full-time job in Chicago,” he laughs. The R&B/pop singer-songwriter has been a vocalist for weddings, corporate events and private parties. He describes his music style as pop/soul: “My voice has a very raspy, soul sound, while the music has a groovy pop style to it.”

How Did it All Begin?

While still in high school, Manny auditioned for Season 3 of The Voice, but was stopped short just prior to the blind audition. From that experience, he gained the attention of the folks at American Idol, who asked him to come in for a private audition. “They [American Idol] contacted me,” he says. He first auditioned in the Chicago Celebrity edition and then flew to San Francisco, where he waited in line for his turn in front of the judges. “It was crazy!” he exclaims. Manny gave an energetic performance of Maroon 5’s “This Love,” which wowed judges Jennifer Lopez, Keith Urban and Harry Connick, Jr., earning him three “yes” votes and a Golden Ticket to Hollywood. “It was very nerve wracking,” he remembers. “But I made it to the next level.” He was especially favored by Jennifer Lopez, who shares his Puerto Rican heritage.

His time in Hollywood was the most difficult part of the entire American Idol experience, Manny claims. “We called it ‘Hell Week,’” he explains, laughing. “They really work you and this is where you find out what you are capable of. The judges decide who makes it to the next round.” In the second round, which is called the Group Round, the semi-finalists have to form into groups, pick a song, arrange the music, and have choreography. In the third round, the Solo Round, the contenders give a solo performance, accompanied by a live band. Manny sang “I Live,” by One Republic, which landed him in the Final 24. 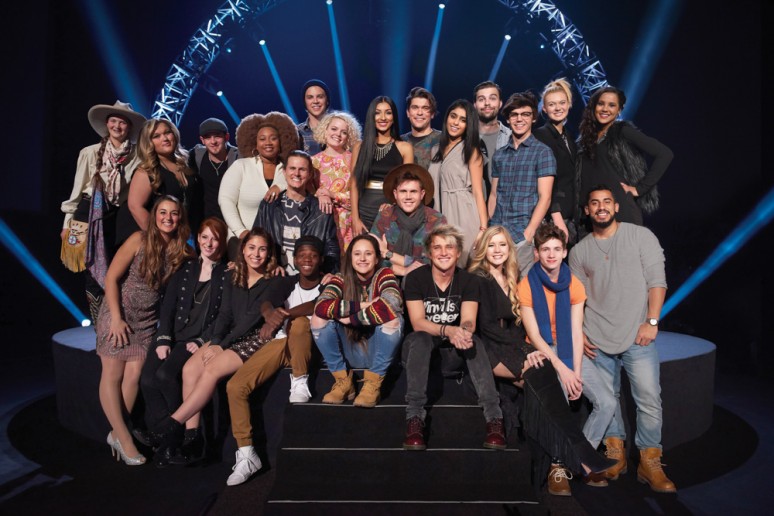 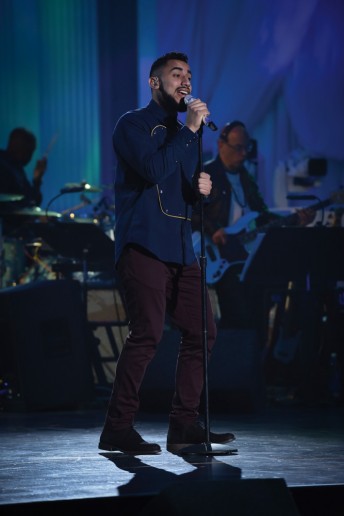 “If I do this, I have to give it everything I’ve got.”
Manny Torres
Photo from Fox Broadcasting Company

The competition was heating up. “It was definitely a step up in stress and intensity,” Manny remembers. “Things got real serious – real fast.” Manny was the first to perform and gave a rousing rendition of “Master Blaster,” by Stevie Wonder, with Judge Keith Urban telling him it was “a great way to open the show.” The highlight, however, was performing a duet with Jordin Sparks, Season 6 Idol winner. His father and brother attended his last performance. “That was when I was voted off the show,” says Manny. 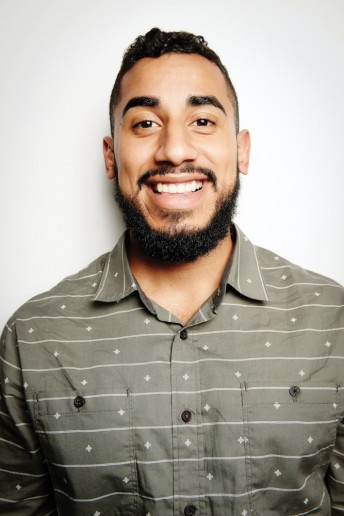 Manny says he wouldn’t trade his American Idol experience for anything. He is extremely grateful for the exposure it gave him, which has been a boost to his musical career. The feedback from the judges was also something he says he will always appreciate. “Harry Connick, Jr. is an incredible musician and has great knowledge of it,” says Manny. He also appreciated Jennifer’s feedback on performance. “She is a goddess,” he says with a smile, “and Keith is such a sweetheart, always kind remarks for everybody.”

Manny formed many friendships with the other contestants; Trent (the winner) was his roommate and Manny has kept in touch with him. “We talked on a regular basis, and I would give him words of encouragement,” says Manny. Trent’s family flew Manny out to Mississippi as a surprise for Trent during his Hometown Visit. Manny surprised Trent at his parent’s restaurant and was on stage while he performed. He rode in the parade held in Trent’s honor and performed with him at his Hometown Concert.

Manny is planning and strategizing for the future with his team. He plans to perform in Michigan once a month, and hopes to do his first performance at Flushing High School. “Growing up in Flushing was awesome,” says Manny. “It’s a great place to raise a family. My hometown supported me 100 percent.”

Manny considers it a privilege to have been a semi-finalist on American Idol. “It was life-changing,” he shares. “My family was great throughout the entire process. They know my passion for music and have always been so supportive of that.”

Manny’s duet with Jordin Sparks (Season 6 winner) was a highlight of his American Idol experience.