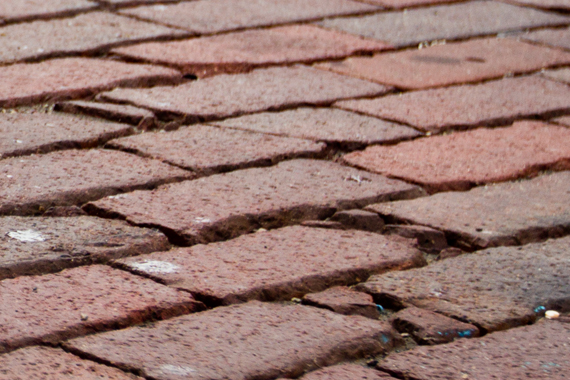 In Flint, August is the month in which the bricks of S. Saginaw St. see the most traffic: thousands of feet and countless car tires rolling in for the annual celebration of all things auto: Back to the Bricks, now in its ninth year. The 2013 installation of this classic event will take place on August 13-17.

Back to the Bricks came about as a local grassroots response to Detroit’s Woodward Dream Cruise. After putting up with years of price-gauging in order to park his classic car in Downtown Detroit for the cruise, local car enthusiast Al Hatch and a crew of other Flint-based Dream Cruise-goers decided to bring such an event to Downtown Flint. Hatch says that although there was an interest among local people to have a Flint car cruise, they were still met with a lot of opposition by naysayers who didn’t think a classic car cruise could work in Flint. But Hatch and others pressed on and were able to organize something that has become immensely popular.

Hatch says that Back to the Bricks is distinguished from the Dream Cruise in that it is run by “car people” and not by a municipality. There is no fundraising involved for Back to the Bricks either, with the exception of the money that was raised for the David Buick and Louis Chevrolet statues located Downtown on the Flat Lot. The two bronze figures are set to be joined by William Durant on August 17, and there are plans to erect two similar statues of car greats at Bishop Airport in the future. Hatch sees the statues as Back to the Bricks’ way of giving back to the city.

Back to the Bricks grows each year in both attendance and activities. It started as a one-day affair that doubled in size its second year. The third year saw three days, with the beginning of the cruise set in Grand Blanc; the fourth year brought four days of festivities and the gridlock with it, and Back to the Bricks became five days long by its fifth year. The reader might note the 1:1 year-to-day ratio trend, but the organizers of B2B decided to rest at the five-day mark after year five. It’s been estimated that almost 500,000 people will turn out over the five days, and B2B has received worldwide press from media outlets such as CNN, The New York Times, The Washington Post and BBC. Not bad for something that many said could never work in Flint.

David Wood is a Flint native and one of the Back to the Bricks organizers. He shared with My City Magazine what he believes B2B is all about. “This started as a way to get people Downtown and show them that Downtown Flint is the place to be. Our success has been a really rewarding thing,” he says. Hatch agreed with Wood’s sentiment, and added that B2B was also seen as a means to “help all the businesses Downtown.” Warm-ups for Back to the Bricks this year included smaller cruises around Genesee County that started in July and will run through August, with August 5-10 featuring many mini-cruises. The US-23 Drive-In Theatre will host a free viewing of “Grease” this year for B2B participants on August 13. The drive-in’s involvement in B2B started in the fifth year, and nearly 1,500 cars fill the theatre lot to capacity each year.

With heavy traffic from cars and people alike, worldwide news coverage and growth each year, it looks like Hatch, Wood and others have overcome the clamor of the naysayers. Get ready to rev your engines and round up the whole family for this major Flint car celebration.