Kettering University, the school well-known for its ties to the automotive industry and its engineering programs, quietly launched a Pre-Med program in 2008. Although still a surprise to many, Kettering’s Pre-Med has been bulldogging its students into med school at an outstanding acceptance rate according to program coordinator, Dr. Stacy Seeley. The program, similar to Kettering’s other degree programs, focuses heavily on experiential learning.

The development of the pre-med program was motivated by Kettering students, Dr. Seeley explains. “We had a number of our alum who went into the medical field. Also, because we are a school where the students have the opportunity to work in their chosen field, we had students who realized that they were more interested in working with people in the medical field. At that time, we had a new Biochemistry program, so we knew we could provide the pre-med prerequisite courses. So, it really was in response to our students.”

Since the program began, KU Pre-Med students have been accepted at UCLA, MSU, Wayne State, Central Michigan, LECOM, OU, Texas Tech, Texas College of Osteopathic Medicine, and SUNY, to name a few. According to Dr. Seeley, Kettering has a relationship with all Michigan medical schools, as well as Early Assurances with both LECOM (Lake Erie College of Osteopathic Medicine, a DO school) and MSU’s MD program. These Early Assurances make it possible for students to have a secured seat, as long as they fulfill GPA and MCAT requirements. 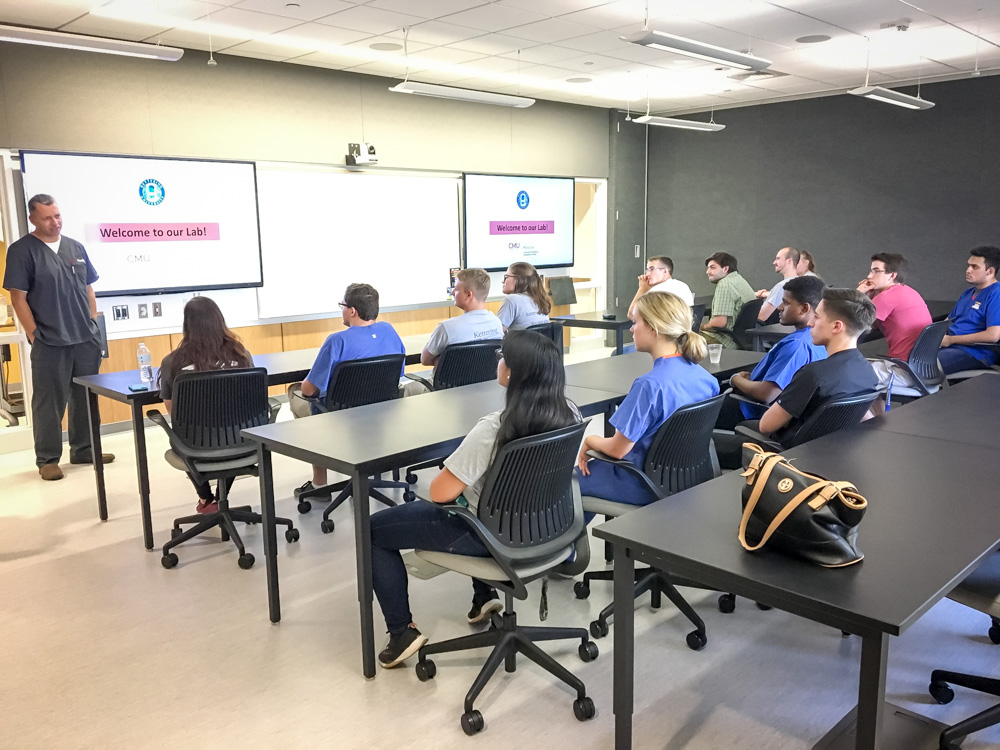 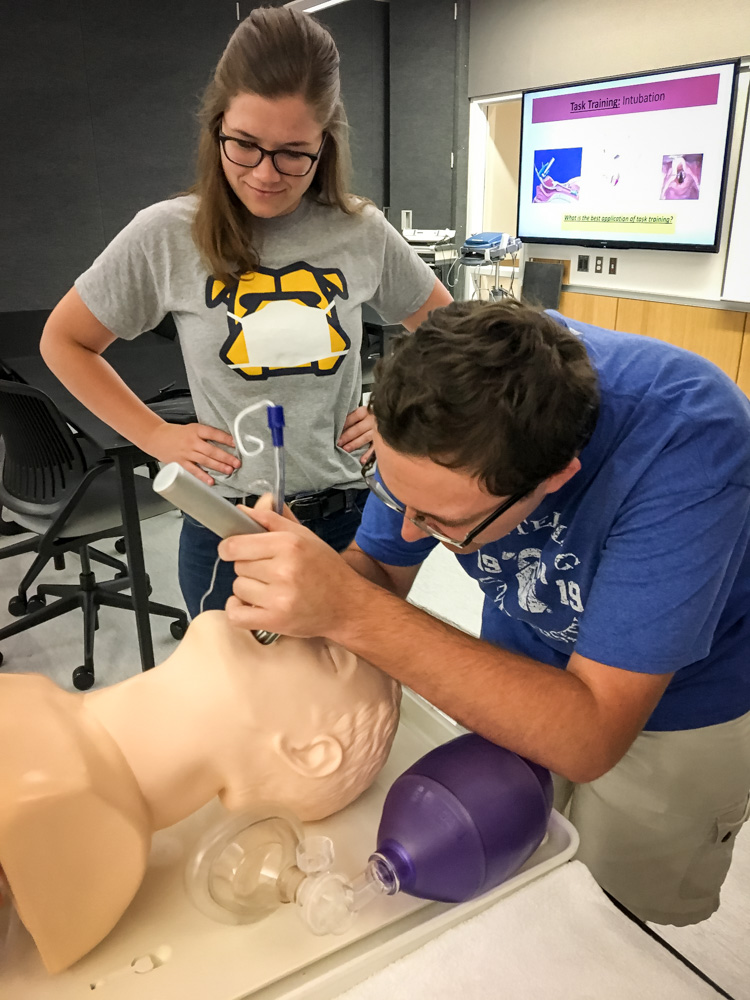 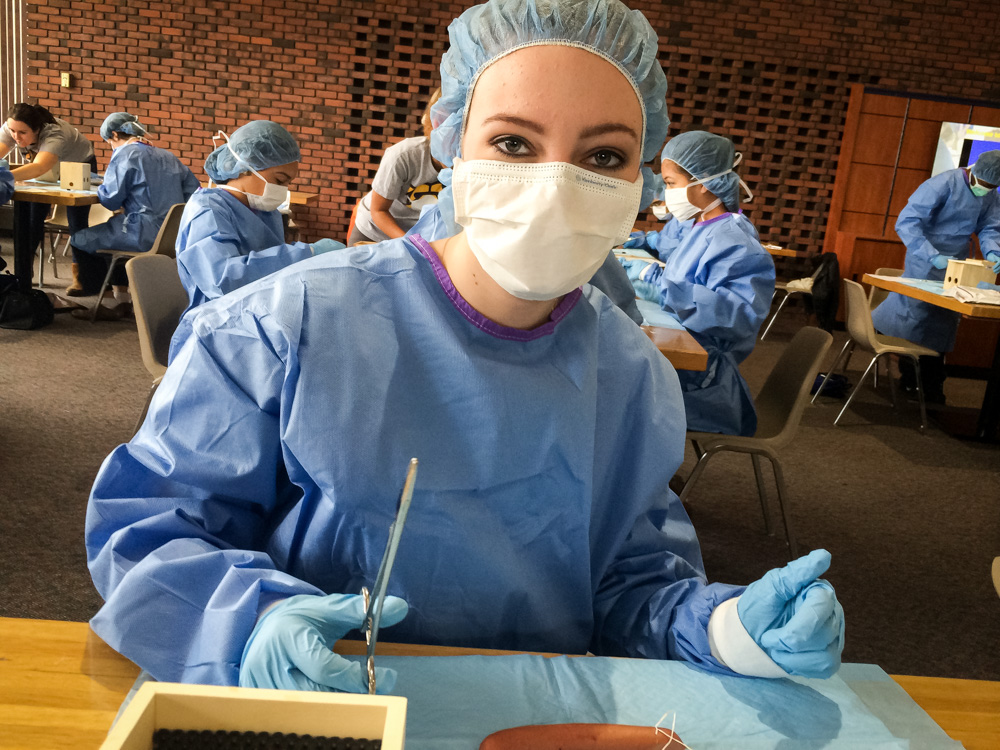 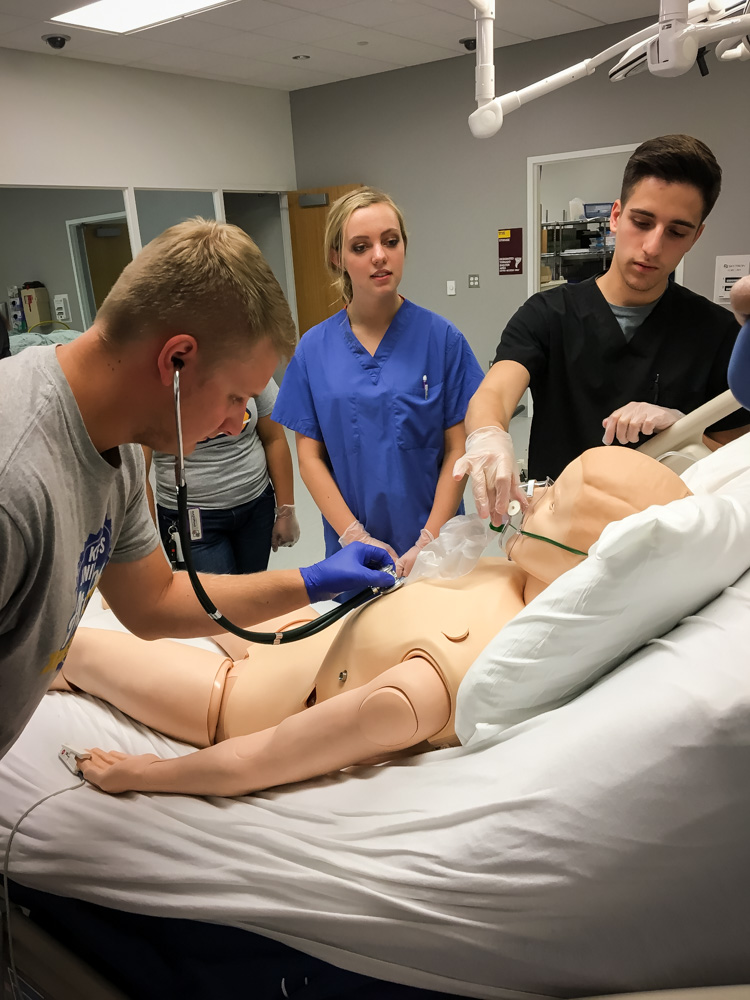 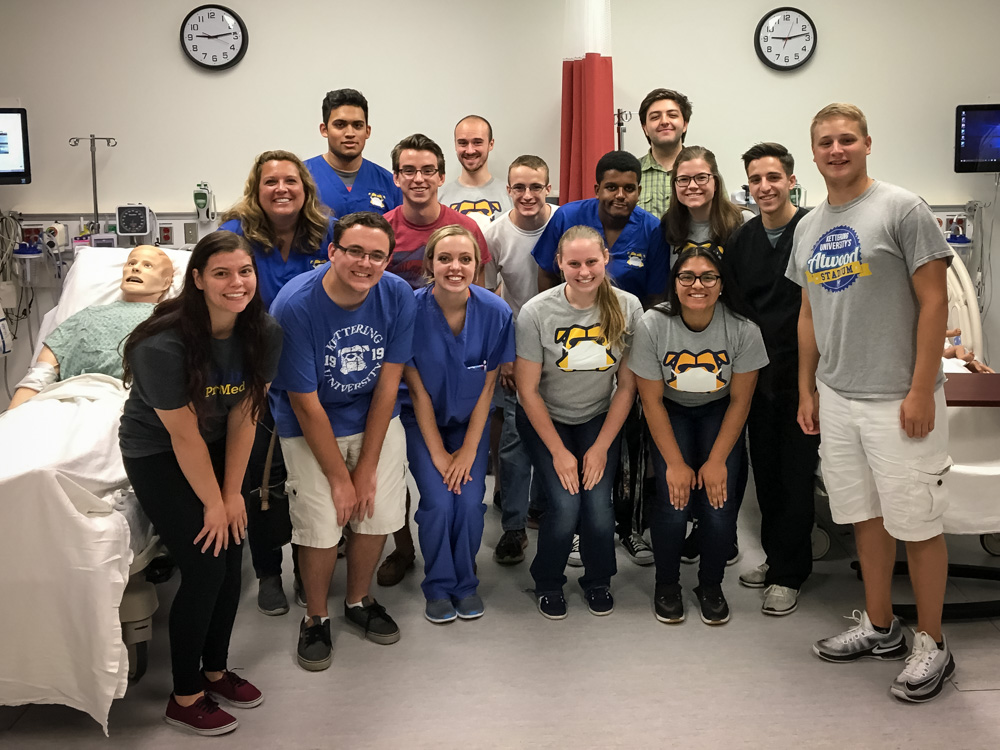 What makes Kettering Pre-Med different? According to Seeley, “There are really multiple things that allow us to deliver a phenomenal pre-med program. We are really fast-paced! We are most like a quarter system, so our students get a lot of material at once. This really benefits them at medical school because they are already used to that pace – our alums say the med school pace is very similar to Kettering’s. The heavy lab-based curriculum really helps them score well on the Critical Analysis and Reasoning Skills portion of the MCAT. In addition, we have small class sizes, one-on-one termly advising, and a very active pre-med club.” But the thing that really sets Kettering apart is the lab-based, experiential learning that they set as their standard. “Clinical experience is absolutely key to getting into med school,” Dr. Seeley emphasizes. At KU, the terms alternate so that students do three months of intense coursework, then three months of full-time work in their field, and they alternate on and off like that all year. Most of the pre-med students have jobs in hospitals and medical offices in the community. Dr. Seeley explains, “because we are a co-op school, when we started pre-med, we wanted to create clinical co-ops for our students. When we found a connection with Hurley Medical Center through a Kettering alum, President and CEO Melany Gavulic, we were thrilled.”

It was at Hurley that the Physician’s Scribe positions began, and the program has expanded since to include Lansing Urgent Care, Michigan Orthopedics, Michigan Health Specialists, and various clinics and practices where they have asked KU to send students to them, as well. The Physician’s Scribe position began as assisting doctors with the Electronic Records system – since students at Kettering are technologically proficient, they quickly became an asset for doctors who didn’t want to lose out on the quality of patient care while trying to navigate the digital records system. While the majority of the pre-med students are working as scribes, others take on different roles depending on where they are employed. For example, at Lansing Urgent Care, the students act more like medical assistants and are trained in phlebotomy and taking patient vitals. 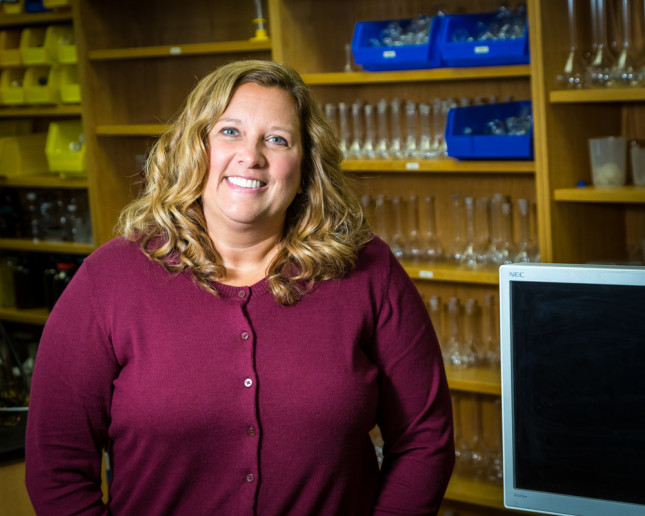 Dr. Laura Vosejpka, Dean in the College of Sciences and Liberal Arts at Kettering, emphasizes, “a lot of pre-med students in other programs will do shadowing, whereas, this is a job – our students get paid. Not only is it nice to have money coming in, but there is a big difference in the amount of experience and responsibility you get working in the field, as opposed to volunteering.” According to Dr. Seeley, Kettering grads are walking away not only with 5,000 clinical hours, but also with letters of recommendation from the doctors they worked with, as well as critical knowledge of the medical field and what medical areas interest them. Dr. Seeley explains, “when they are primarily scribing, they are mainly at patient visits, but when students move around through the departments, they get to see areas of medicine and make important connections.”

Allison Seeley, a Sophomore in the program, wasn’t sure about whether or not she could handle the emotional side of medicine and also wasn’t certain about what area she was interested in. But, after scribing in many different areas at Hurley, she is set on being an obstetrician-gynecologist with a focus in maternal fetal medicine. Using the connections that she made in the Scribe program, she was granted the opportunity to help out in the Maternal Fetal Medicine Department and in Labor and Delivery. Dr. Seeley says, “She helped a midwife with the labor and delivery of five babies in one day! The amazing things that she learned just from being there – those connections through the Scribe program made it possible.”

Another unique experience Kettering Pre-Med students have the opportunity to participate in is a series of workshops at the CMU Clinical Simulation Center in Saginaw. Dr. Seeley found out about the facility – equipped with numerous state-of-the-art simulators, including high-fidelity manikins – and did not stop until she could get the Kettering Pre-Med students in. She explains, “Once we toured the facility, I was determined to figure out a way that the KU students could be trained on the simulators! The Center has developed eight different workshops that we are going to cycle through. We went to the first one and it was so amazing – they learned how to intubate, they did CPR, and learned basic life-saving skills in a realistic scenario.” Dr. Seeley says that they were able to learn their natural reaction in an emergency situation. “They were amazed how quickly they forgot it was a simulation dummy and they found out about their instincts – some of them pulled back and didn’t know what to do, while others were born leaders and jumped right in. They learned how important it is to communicate with their medical team.”

According to Dr. Vosejpka, it is the experiential learning in which they get the chance to have uncomfortable experiences in a learning environment that is so important. “We want them to have these learning experiences now, rather than in med school when it’s sink or swim,” she says. “They develop self-assuredness now, and a confidence in what they are doing. Most programs are preparing you to get into medical school. Our program is preparing you to succeed once you are there.”

To find out more, visit kettering.edu/programs-and-degrees/pre-med

“We want them to have these learning experiences now, rather than in med school when it’s sink or swim.”
Dr. Laura Vosejpka

Photography by Eric Dutro and provided by Dr. Seeley