The community will once again be filled with holiday spirit and Christmas cheer as The Flint Symphony Orchestra and Flint Symphony Chorus join to create an exciting, multi-genre presentation at The Whiting. The Holiday Pops performers will inspire and delight with the heartwarming musical traditions of the season, including a selection of Christmas carols chosen to encourage a festive audience sing-along! 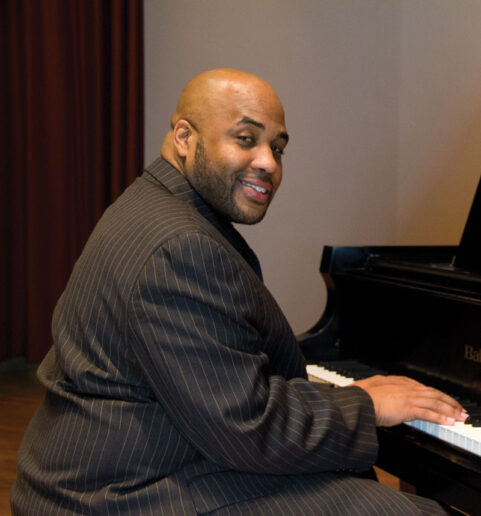 The leader of jazz band Roger Jones and Higher Calling, Roger is a Flint School of Performing Arts alum, joining the FSPA faculty as a jazz piano instructor in 1997. Since 1989, the Flint native has worked professionally with various artists in the USA, Europe and Japan. Roger discovered his musical abilities as a youngster at church, his gospel background becoming a springboard to his passion for playing jazz music. He cites his non-gospel influences as Miles Davis, John Coltrane, Herbie Hancock and McCoy Tyner. After graduating from high school, Roger pursued a degree in jazz studies at Oberlin Conservatory in Oberlin, Ohio which he credits with exponentially expanding his understanding and musicianship. Since that time, Roger has performed and “sat in” with various musical icons associated with jazz and other musical styles, including Wynton Marsalis, Joe Henderson, Roy Hargrove, Wallace Roney and JJ Johnson, among others. Also a cutting-edge band leader, his Higher Calling band includes phenomenal musicians dedicated to inventing fresh and innovative ways to approach the execution of music. His most recent album Higher Calling has received much enthusiastic acclaim. Mixed with a soulful and modern approach, the music is both innovative and currently relevant. There is no doubt that Roger is one of the most explosive and innovative pianists and composers of his generation.

This is Roger’s first time participating with Holiday Pops. “I feel that this is a wonderful opportunity to perform with the FSO, as well as some iconic figures in gospel,” he stated. “Jeffrey Lavalley is a living legend and Damien Sneed is one of the most respected conductors and composers in gospel music today. I am excited for the Greater Flint community to see a very brilliant merge of gospel and classical music executed with brilliance!” 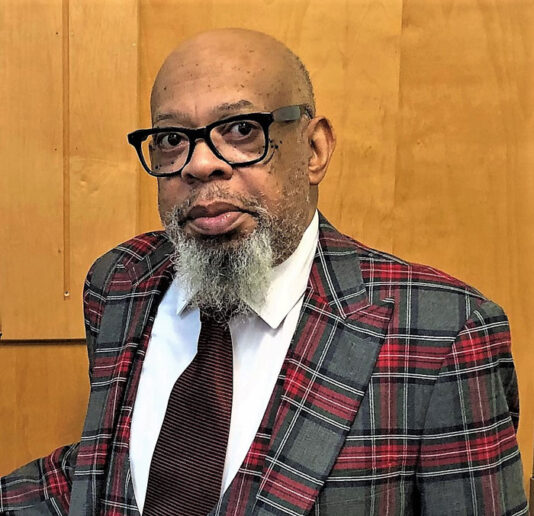 Jeffrey began his musical career at the age of five on a piano purchased for his older sister to play. After studying journalism at Pennsylvania State University and Marquette University, he began formal music studies in 1986 at Mott Community College, where he achieved Dean’s List status with a 4.0 GPA. He has enjoyed great success as a writer, musician, director and producer of gospel music. Jeffrey has appeared on over 250 projects including the New Jerusalem Baptist Church Choir, Wilmington-Chester Mass Choir, Florida Mass Choir, Charles Fold & The Charles Fold Singers, Myrna Summers, Rev. Donald Vails, Rev. James Cleveland, The Full Gospel Baptist Church Fellowship Mass Choir (which he produced and was nominated for 1996 Stellar, Soul Train and GRAMMY Awards), Lou Rawls and many others. His composition, “Revelation 19:1,” was chosen as the entrant for the 2006 Papal Celebration at the Vatican. In December 2008, Jeffrey was fêted as a legend in the Flint Gospel Community. On Christmas Day 2019, “Revelation 19:1” was re-released in its entirety as part of the Kanye West project, “Jesus is Born” by the Sunday Service Performance Choir. In March 2021, the “Jesus Is King” project won the GRAMMY® Award for Best Contemporary Christian Music Album, making Jeffrey a GRAMMY-winning composer. In June 2021 (on his 68th birthday), he received the prestigious BMI (Broadcast Music, Inc.) Trailblazers of Gospel Music Award in recognition of his many contributions to the gospel genre.

In 2017, Jeffrey was a part of the Holiday Pops event along with three local church choirs. “It is an honor for me to again be a part of this local celebration for the holidays!” he exclaimed. “Flint has an abundance of talent, and I’m grateful to have the opportunity to share with the other talented musicians and vocalists. I’m really excited to hear the collaboration of the FSO with the gospel flavor of the Flint Holiday Choir. Some of the songs are original tunes, and I’m awfully glad to share them with my city. I’m also excited about working with my long-time friend and spectacular musician, Damien Sneed.” 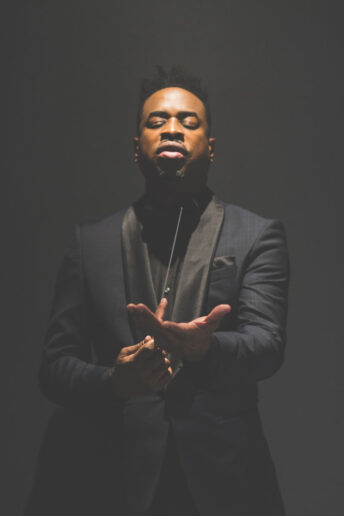 A multi-genre recording artist, Damien is a 2014 recipient of the prestigious Sphinx Medal of Excellence. He has garnered attention in many musical genres including jazz, gospel, pop, R&B and musical theatre. He has been featured multiple times in the New York Times for his work. A pianist, organist, conductor, composer, producer, arranger, vocal coach, professor and arts educator, Damien has worked with legends such as Aretha Franklin, Wynton Marsalis, Jessye Norman, Stevie Wonder, Diana Ross and Ashford & Simpson. He has also served as music director for GRAMMY® Award-winning gospel artists including The Clark Sisters, Richard Smallwood, Donnie McClurkin, Hezekiah Walker and others. He received a 2020 Dove Award for his work as a featured producer and writer on The Clark Sisters’ project, The Return, released in March 2020. Damien was commissioned to compose a chamber opera for Houston Grand Opera titled, “Marian’s Song” about the life of Marian Anderson, which had its world premiere in March 2020.

Damien was recently commissioned by Alvin Ailey Dance Theater to create an original score for Testament, a contemporary response to the 60th Anniversary of Revelations for the dance company’s first virtual season, premiering in December 2020. He was also commissioned by Opera Theatre of St. Louis to compose The Tongue & The Lash, with libretto by Karen Chilton, which premiered in June 2021. He was commissioned to compose a symphony to honor the Tuskegee Airmen which will premiere in Spring 2022. On his boutique label, LeChateau Earl Records, Damien recently released his debut classical album, Classically Harlem, and We Shall Overcome Deluxe. A member of the Manhattan School of Music faculty, he most recently became an artist-in-residence at Michigan State University, where he will work with Wharton Center and the MSU College of Music to bring social impact programming to both institutions. Highlights of the upcoming 2021-2022 season include: the world premiere of his ASCAP Kingsford Commission composition; an IMG Artists’ holiday tour “Our Song, Our Story” featuring Brandie Sutton, Raehann Bryce-Davis and a string quartet; guest conductor of the Manhattan School of Music Studio Orchestra Mary Lou Williams Celebration; another IMG Artists’ tour, “A Tribute to Aretha Franklin: The Queen of Soul” featuring Valerie Simpson and Karen Clark-Sheard; and guest conductor of an Aiken Symphony Orchestra concert, “Amore: A Night of Opera.”

This will be Damien’s first appearance in the FSO’s Holiday Pops program. “I am super excited to perform with the orchestra in The Whiting, as this will be an historical moment to conduct living legend Elbernita “Twinkie” Clark’s very first solo performance on a Hammond B3 organ with orchestra and Maestro Jeffrey LaValley leading a choir of singers from the Flint community. This is sure to be a moment in my career that I will never forget.”