They have won World Series rings, thrown no-hitters, pitched in the All-Star Game, won an Olympic gold medal and replaced Babe Ruth in a starting lineup. Here is a look at ten of the greatest baseball players Greater Flint has ever produced. 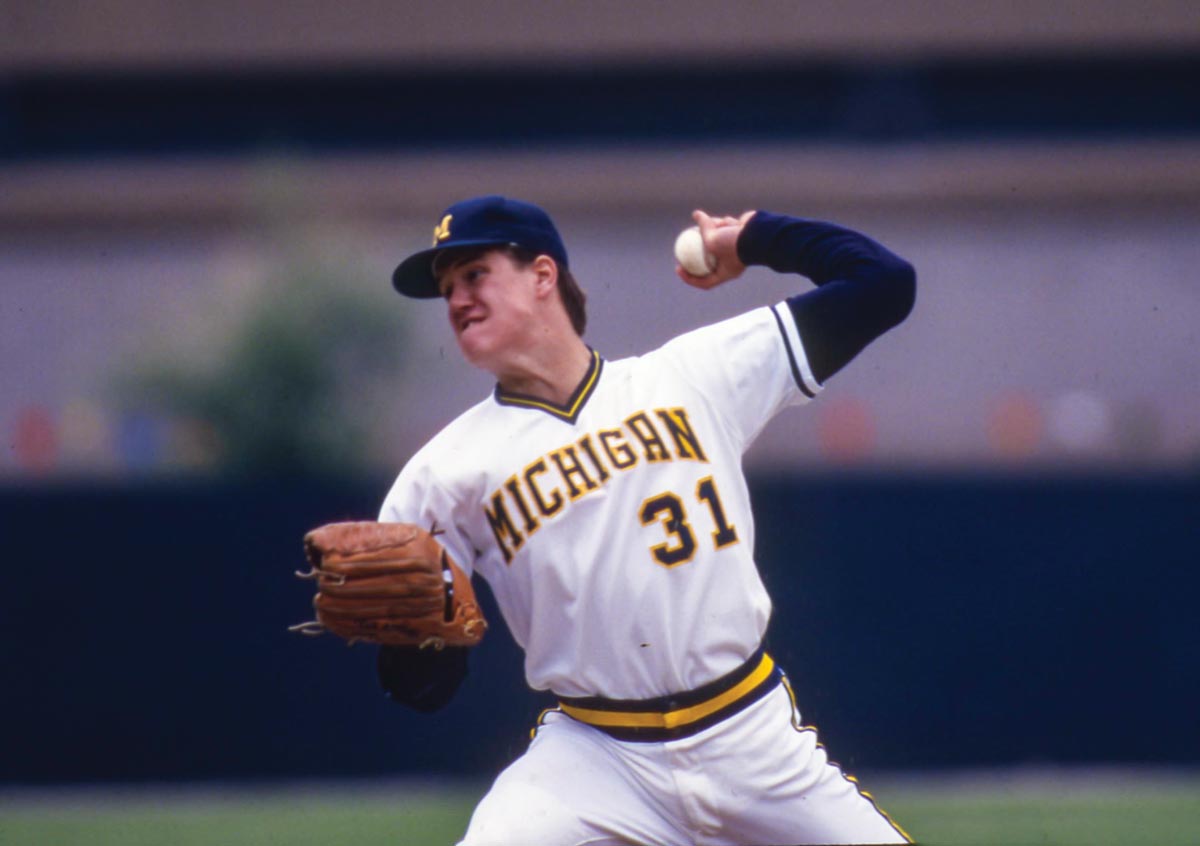 Being born without a right hand did not stop the Flint Central legend from becoming an All-American, winning an Olympic gold medal or pitching a no-hitter.

As a Flint Central senior, he batted .427, hit seven home runs and posted a 10-3 record on the mound, averaging two strikeouts per inning with an outstanding 0.76 ERA.

Abbott was taken by the Toronto Blue Jays in the 1985 MLB Draft, but turned down their $50,000 signing bonus and began one of the most memorable careers in University of Michigan history. He collected numerous honors while at Michigan, including the 1987 Sullivan Award as the nation’s best amateur athlete and the 1988 Big Ten Athlete of the Year award. Abbott also won the 1987 Golden Spikes award, baseball’s Heisman Trophy. He was an All-American and three-time All-Big Ten choice, as well.

The California Angels drafted Abbott eighth overall in 1988 and he made his MLB debut the following spring. He was 12-12 with a 3.92 ERA his first season, the most wins by a rookie pitcher since 1924. He was fifth in the American League Rookie of the Year voting.

Abbott’s best overall season was 1991 when he was third in the AL Cy Young Award voting after going 18-11 with a 2.89 ERA. His finest moment, however, came on September 4, 1993 during his first season with the New York Yankees when he threw a no-hitter against the Cleveland Indians. Abbott also played for the Chicago White Sox and Milwaukee Brewers before his career ended in 1999. He finished with an 87-108 record and a 4.25 ERA. He struck out 888 and walked 620 in 1,674 innings. 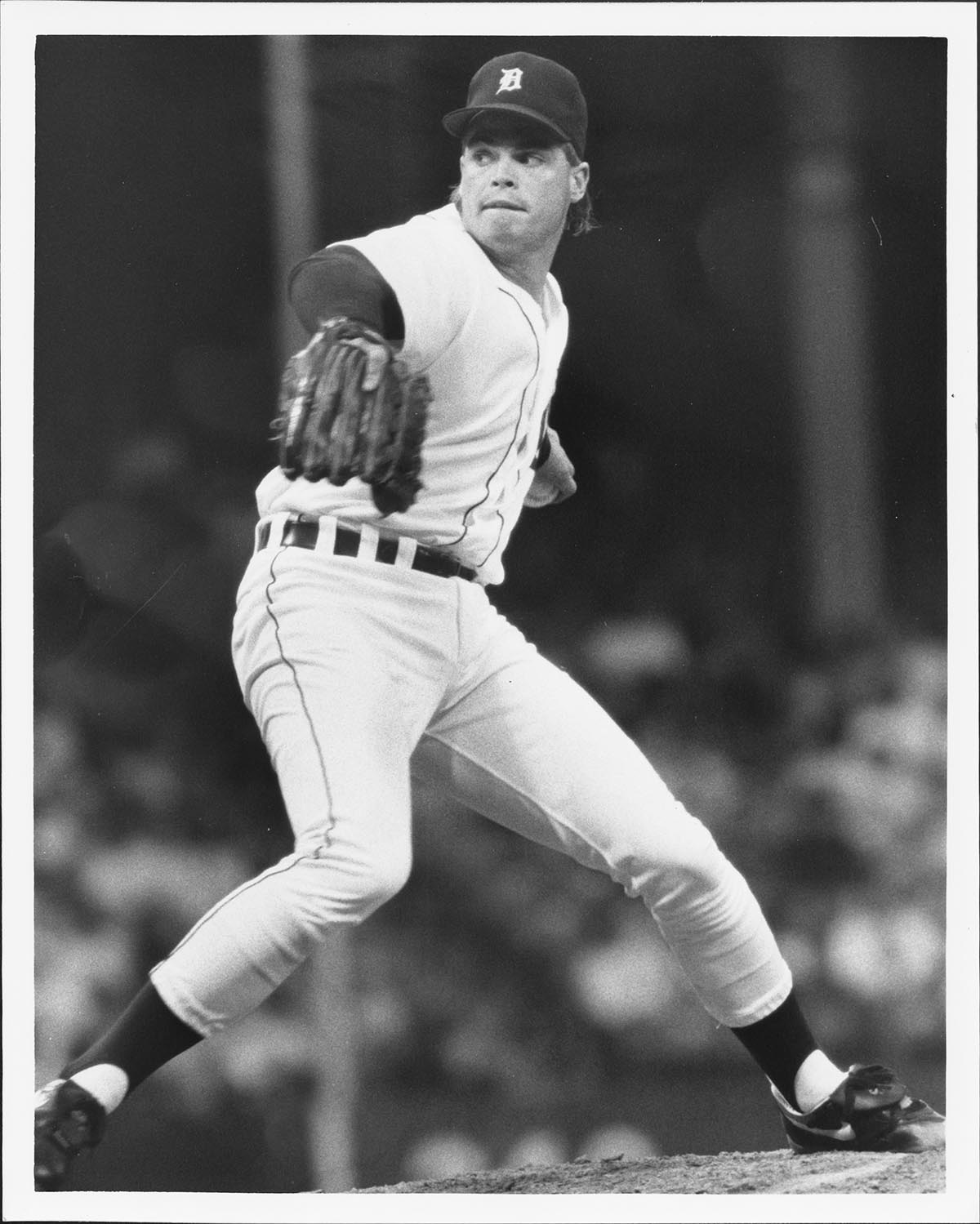 The Montrose All-Stater endured his share of ups and downs but repeatedly bounced back from injuries to put together an 18-season (1987-2004) professional career. That includes a decade pitching in the Majors (1990-2000) with the Detroit Tigers, Colorado Rockies, Montreal Expos, Tampa Bay Devil Rays and Philadelphia Phillies.

Aldred’s most memorable season was 1996 when he began his second stint with the Tigers as their opening-day starter, but he struggled and did not win a game before being waived at the end of May. That set the stage for another one of his comebacks. Aldred was signed by the Minnesota Twins and went 6-5 the rest of the season. Despite not joining the Twins until May 28, he finished fifth on the team in wins and strikeouts (75).

After his playing career ended in 2004, Aldred spent 15 seasons as a Minor League pitching coach with the New York Yankees. 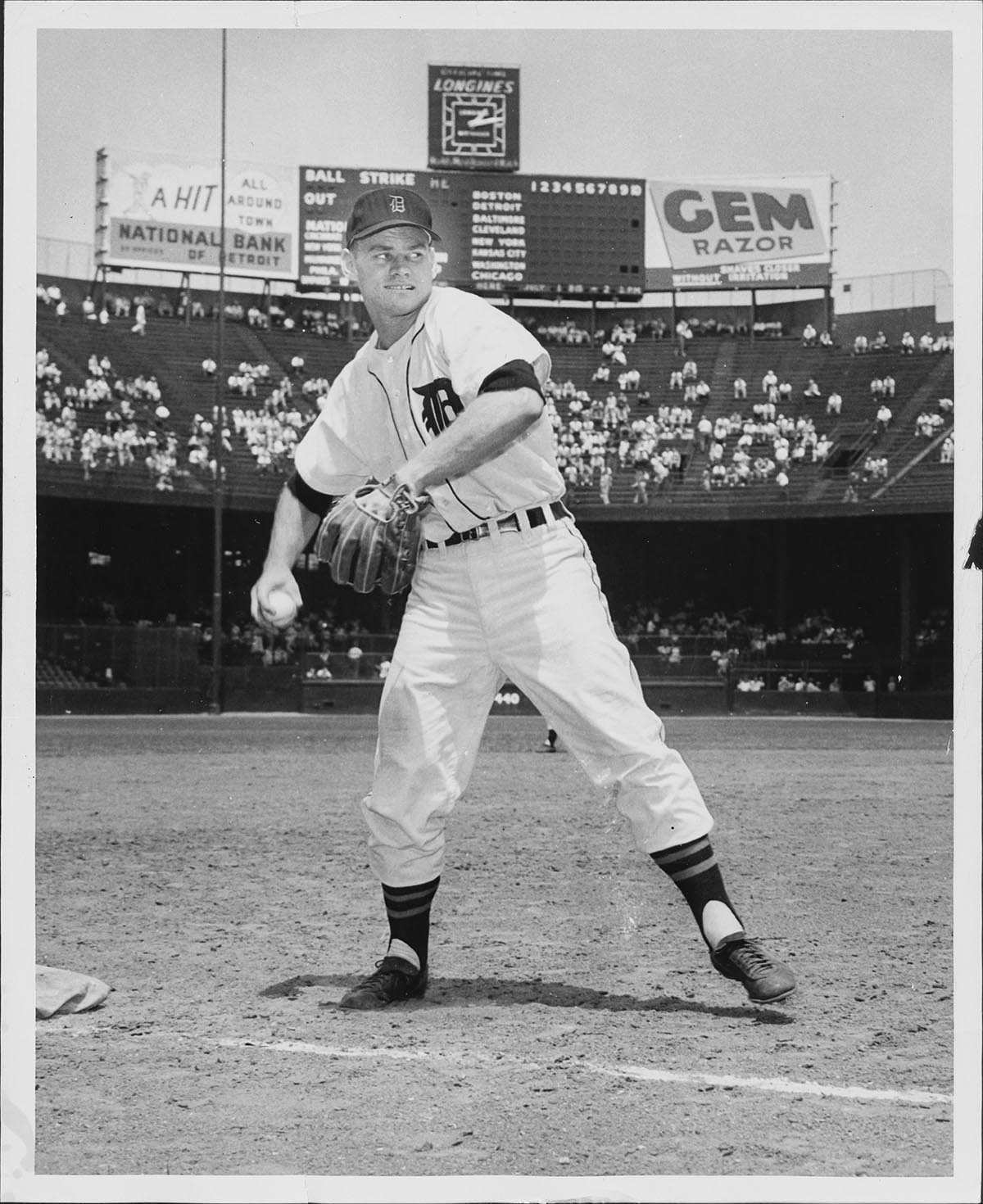 Major League scouts took notice of the Flint Northern standout during his two seasons at the University of Michigan (1956-57) which led to a nearly 50-year career as an MLB player, manager, coach and scout.

Boros, a third baseman, hit .324 his first season with the Wolverines and .381 in his second, making first-team All-Big Ten. He then signed with the Detroit Tigers in 1957 and remained with the organization through 1962 before continuing his career with the Chicago Cubs and Cincinnati Reds through the 1965 season.

From 1970-82, Boros coached for the Montreal Expos and Kansas City Royals and managed three minor league teams. That body of work led to Boros being named Oakland Athletics manager in 1983. He is one of only 17 Michigan-born managers in MLB history.

While a coach, Boros was one of the first to use a stopwatch to time baserunners and pitchers. He then turned heads by becoming the first manager to significantly use a computer (Apple II) to analyze players’ performance, a practice now known as sabermetrics. He then became a scout for the Los Angeles Dodgers, picking up a World Series ring in 1988.

Boros later coached with the Baltimore Orioles and spent nine seasons with the Tigers as a minor league field coordinator (1996-2002), director of player development (2003) and special assistant to the general manager (2004). 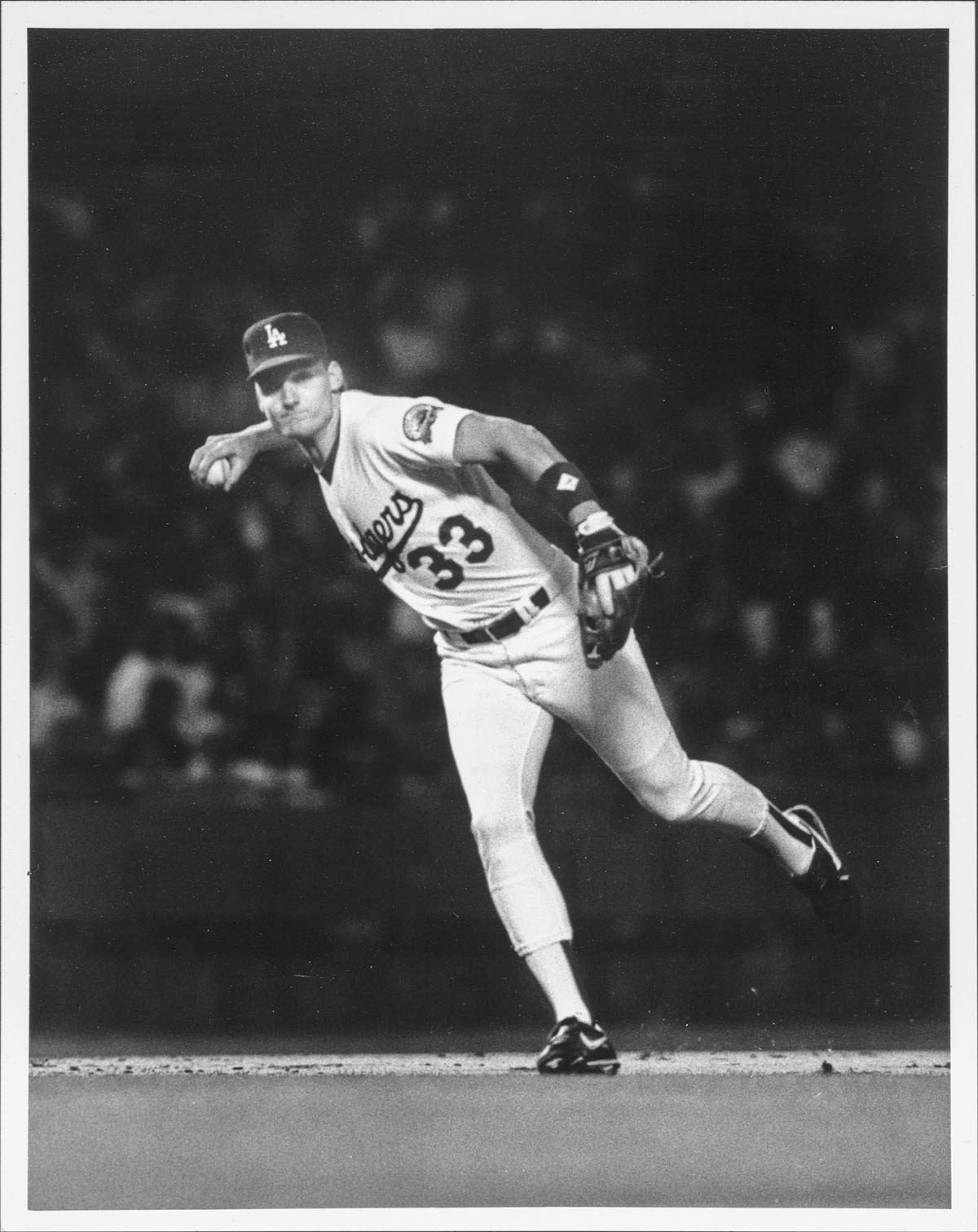 The two-time All-Stater was drafted in the 29th round by the L.A. Dodgers soon after graduating from Flint Carman High School in 1982. Hamilton signed with the team and was an All Star in each of his first three Minor League seasons (1983-85) before making his Major League debut in 1986 and remaining with the Dodgers through 1991. Hamilton spent his first two seasons with the team as a backup infielder and began 1988 in the same way, but Hall of Fame manager, Tommy Lasorda, made him the team’s starting third baseman after five-time All-Star Pedro Guerrero was injured and then traded.

One of his most memorable moments came with the Dodgers trying to keep their grip on the National League West Division lead as they faced the second-place Cincinnati Reds on September 11. With the scored tied 3-3 in the bottom of the ninth inning, Hamilton stepped in to face four-time All Star John Franco, who led the NL in saves that year. In fact, Franco had not blown a save opportunity in ten weeks, but Hamilton ended the game by drilling a two-run homer.

One of only four Dodgers to start all 12 postseason games, he contributed seven hits and three runs, as they knocked off the Oakland Athletics to win the World Series.

One of the most interesting moments of Hamilton’s career also came that season when he was inserted as a relief pitcher with Lasorda running out of arms in the 21st inning of a game against the Houston Astros. Hamilton retired all three batters he faced and got the first two outs of the 22nd inning, including striking out three-time All Star Ken Caminiti, but later gave up the game-winning hit. 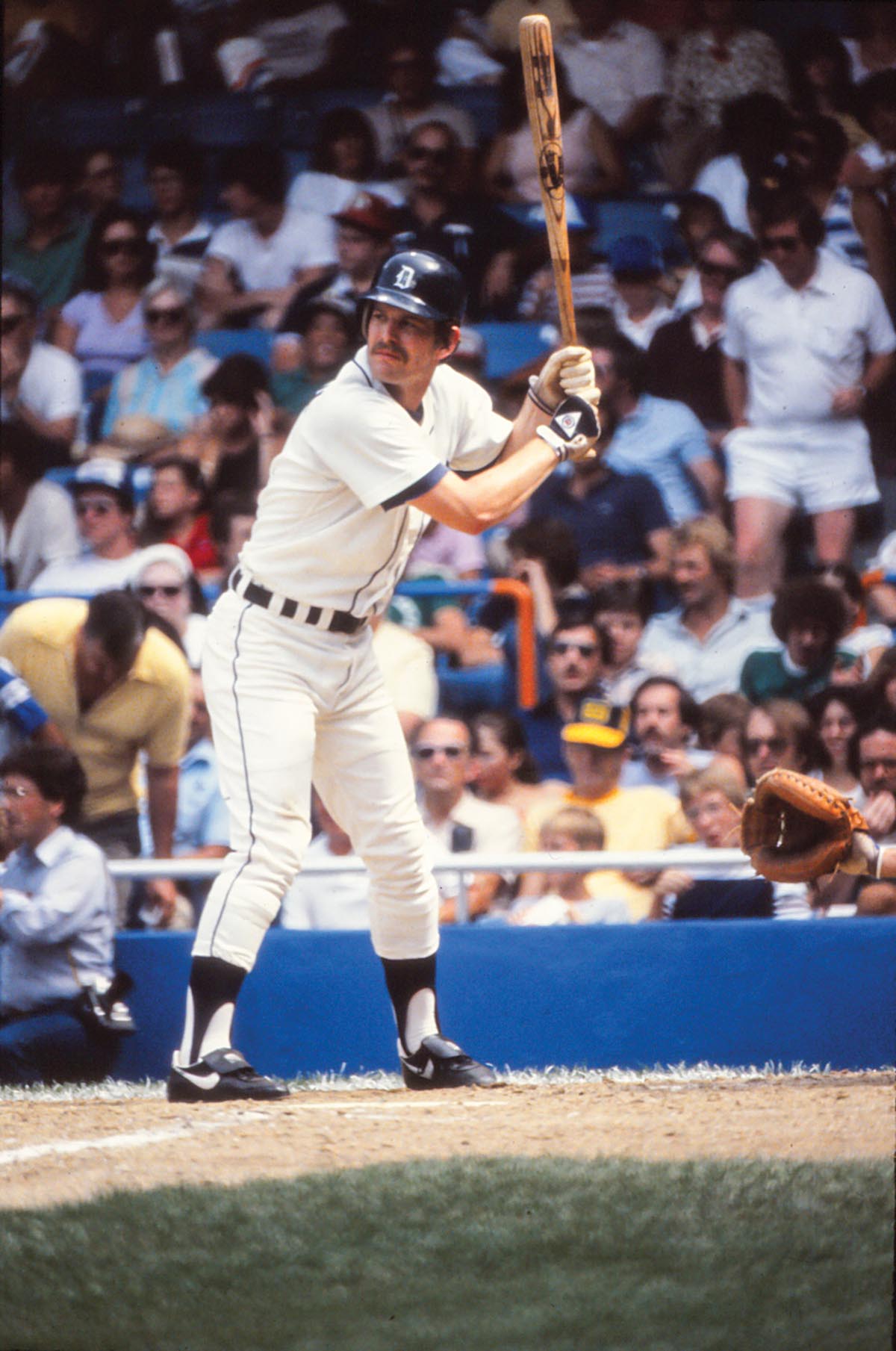 A baseball, football and basketball All-Stater at Flint Southwestern, Leach was a rare All-American in both baseball and football at the University of Michigan prior to a ten-year MLB career.

The outfielder was Big Ten batting champion as a junior with a .404 average, still the ninth-best, single-season mark in team history, and was the top hitter as a freshman and sophomore, as well. Leach was named to the All-Big Ten first team three times and the Wolverines’ Co-MVP as a sophomore and junior.

After college, Leach signed with the Detroit Tigers in 1979 after they drafted him 13th overall. He also played for the Toronto Blue Jays, Texas Rangers and San Francisco Giants from 1981-90. His best season came in 1986 when Leach was Toronto’s second-leading hitter (.309 average) and finished with 76 hits, including 15 home runs and 14 doubles.

In 1999, Leach was ranked 22nd on Sports Illustrated’s 50 Greatest Sports Figures from Michigan list. Last year, he was named the tenth-best player in U of M history by the Detroit Free Press.

More than 100 years ago, the Montrose native spent three seasons in MLB with the Detroit Tigers, Philadelphia Phillies and Kansas City Packers of the short-lived Federal League.

After pitching for several Minor League teams, Main made his MLB debut at age 30 with the Tigers in 1914. He was 6-6 with a 2.67 ERA that season, completing five games and saving three before jumping to the Packers the next season and experiencing the highlight of his career. 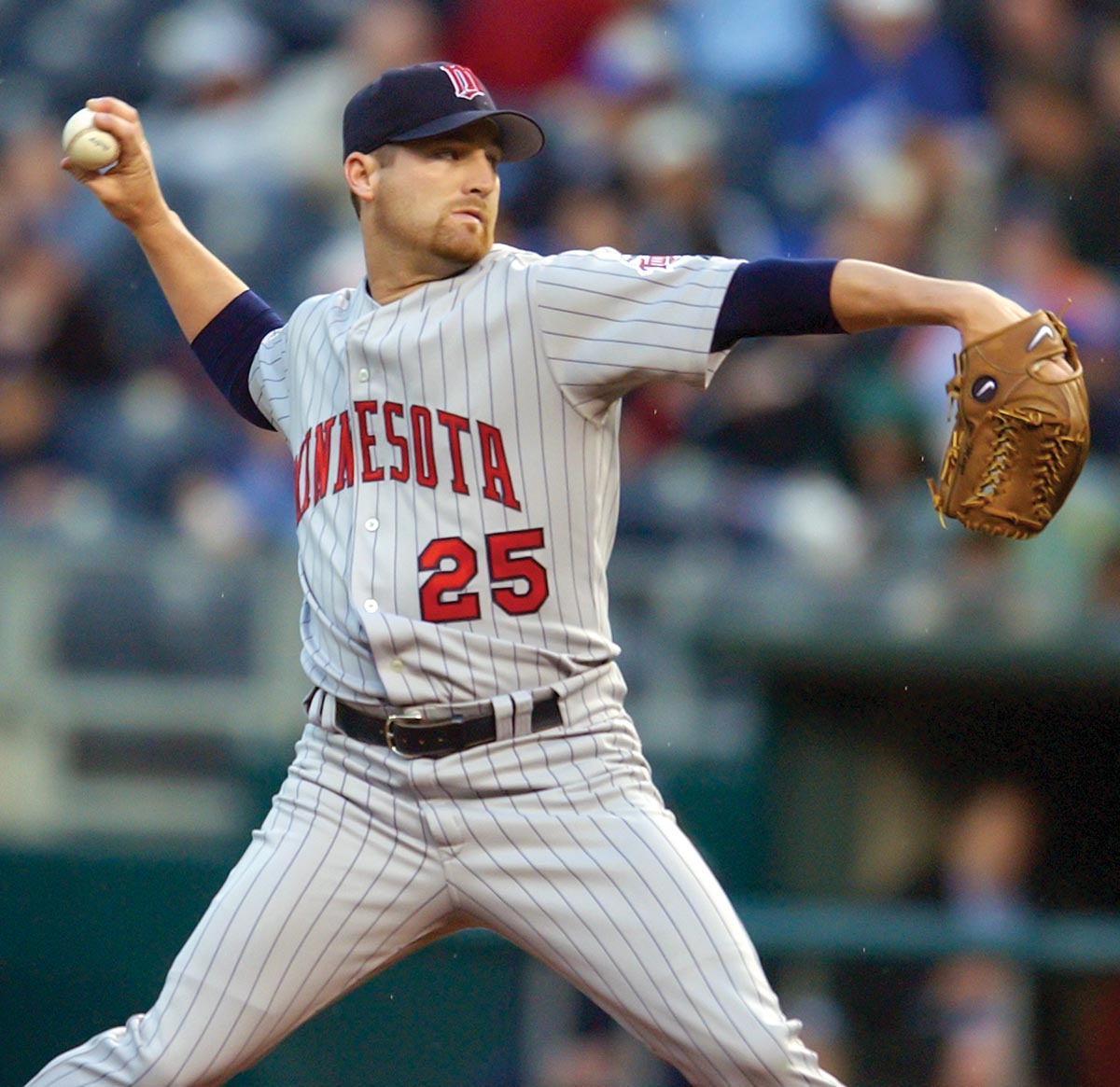 The Flint native was drafted in the sixth round by the Seattle Mariners in 1994, but never played for them.

While still in the Minors, the pitcher was traded to the Minnesota Twins in 1997 before beginning a seven-year MLB career with the Twins, Kansas City Royals and Cincinnati Reds in 1999.

Mays’ best season, by far, was 2001 when he went 17-13 with a 3.16 ERA, third-best in the American League, and pitched in the All-Star Game – where he had his biggest moment of the season. With the AL holding a 1-0 lead, Mays took the mound in the top of the fifth inning. Up next were three future Hall of Famers: Larry Walker, Mike Piazza and Chipper Jones. All went quietly as Walker and Jones hit non-threatening flyballs to left field while Piazza grounded out to third base. That was Mays’ only inning of work, but he had preserved the lead and the AL won, 4-1.

Another memorable moment for Mays was winning Game 1 of the 2002 AL Championship Series against the Anaheim Angels. He scattered four hits, walked none and struck out three in eight innings in Minnesota’s 2-1 victory. 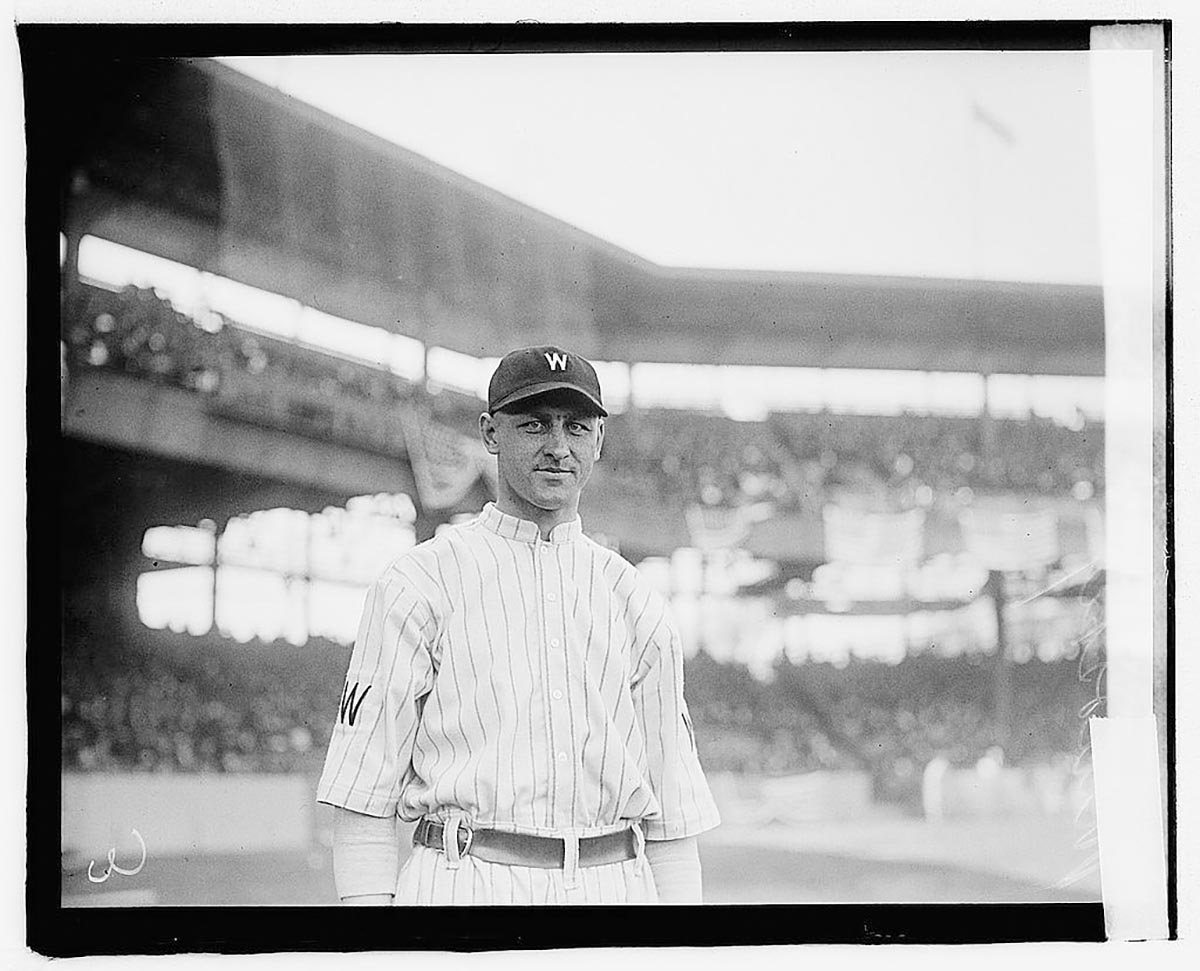 Among Flint-area players, only Merv Rettenmund played in more Major League games than the Flint Central legend. He appeared in 810 games for the Pittsburgh Rebels of the Federal League, the Washington Senators and Boston Red Sox from 1914-23.

Menosky is also strongly connected to one of baseball’s most significant events. On December 26, 1919, Boston Red Sox owner Harry Frazee sold all-time great Babe Ruth to the New York Yankees for $100,000. Needing a replacement for Ruth in left field, Boston acquired Menosky in a trade with the Senators three days later. Despite the pressure of a nearly impossible situation, Menosky was one of the team’s top players during the next four seasons. 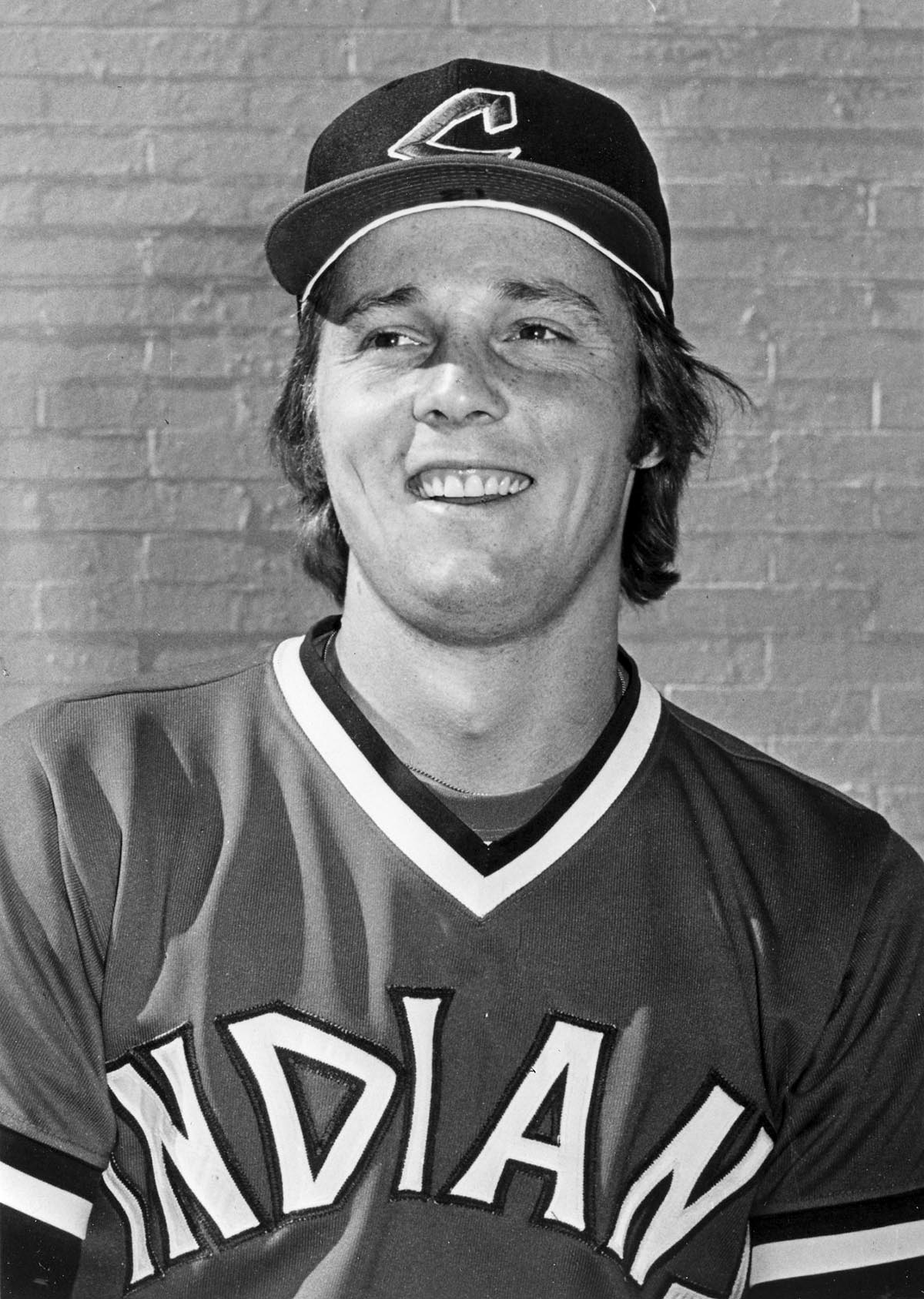 The Flint Central standout was a reliable utility player for the Texas Rangers, Cleveland Indians, Chicago White Sox and San Francisco Giants from 1975-83. He finished with a respectable .269 batting average in 341 games with 214 hits, including 28 doubles, 12 home runs and four triples. Pruitt drove in 92 runs, scored 88 and recorded 286 total bases.

His best season was with Cleveland in 1977. Pruitt batted .288 in 78 games, including ten doubles, two homers and two triples while driving in 32 runs and scoring 29.

During his time at Flint Central, Pruitt led a team of Flint-based players to the Connie Mack National Championship game before a memorable career at Michigan State. Pruitt remains co-owner of MSU’s record for triples in a season (seven). He was a two-time All-Big Ten selection, a second-team All-American in 1971 and a first-team All-American in 1972 when he was the Spartans’ top hitter (.392 average). He was then taken by the Rangers in the second round of the 1972 MLB Draft. 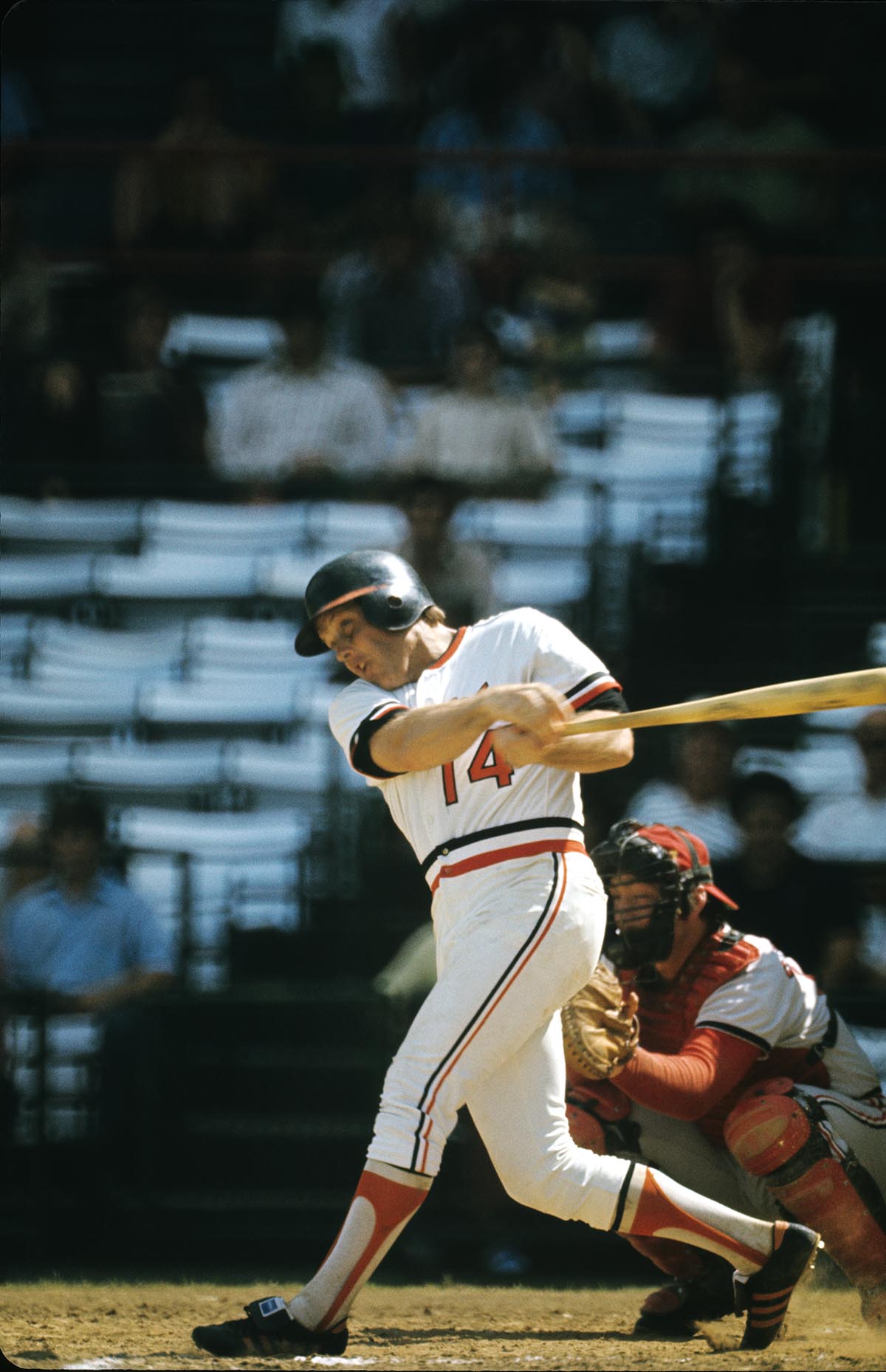 Of the 434 Major League Baseball players born in Michigan, only 30 played in more games than Rettenmund, who appeared in 1,023 major league games from 1968-80.

A multi-sport standout at Flint Southwestern, Rettenmund signed with the Baltimore Orioles in 1965. After a three-year stint in the minor leagues, he helped Baltimore to World Series appearances in his first three MLB seasons. The Orioles won one World Series, beating the Reds in five games in 1970. Rettenmund stroked two hits, including a home run, drove in two runs and scored two in the final game.

Rettenmund’s best season was 1971 when he was sixth in the AL in batting (.318) and second in on-base percentage (.422). He also played in a team-best 1,170 innings and finished with 11 home runs, 75 RBIs, 81 runs and 15 stolen bases. He collected a second World Series ring in 1975 with the Cincinnati Reds and in 1978, he hit the first pinch-hit home runs in California Angels history.