This summer, the movies – or at least the ones I seemed to enjoy the most – made me feel nostalgic.

First, there was Rocketman, with its spot-on portrayal of Elton John by Taron Egerton, and its revival of a pop music songbook that rivaled anyone’s in the 1970s. I felt like unearthing my old, scratched-up disks of “Honky Chateau,” “Goodbye Yellow Brick Road” and even “Rock of the Westies” for post-viewing home enjoyment. I settled for YouTube instead, but the effect was the same.

Then there was Yesterday, which really wasn’t so much about The Beatles as the effect of their music on a non-Beatlesque world. The movie made a pretty good case in favor of those tones being timeless, despite its primary status as a sweet, lightweight romance that can be forgiven for leaving certain questions unanswered.

Best of all was Once Upon a Time … in Hollywood, Quentin Tarantino’s love letter to a time, a place and its dueling cultures. I’m old enough to remember what movies and TV were like in the very late ’60s, and Tarantino’s attention to detail was fantastic. So was Brad Pitt – so much so that the Oscar-promotion positioning for him and co-star Leonardo DiCaprio should be interesting. A must-see … if you haven’t yet. 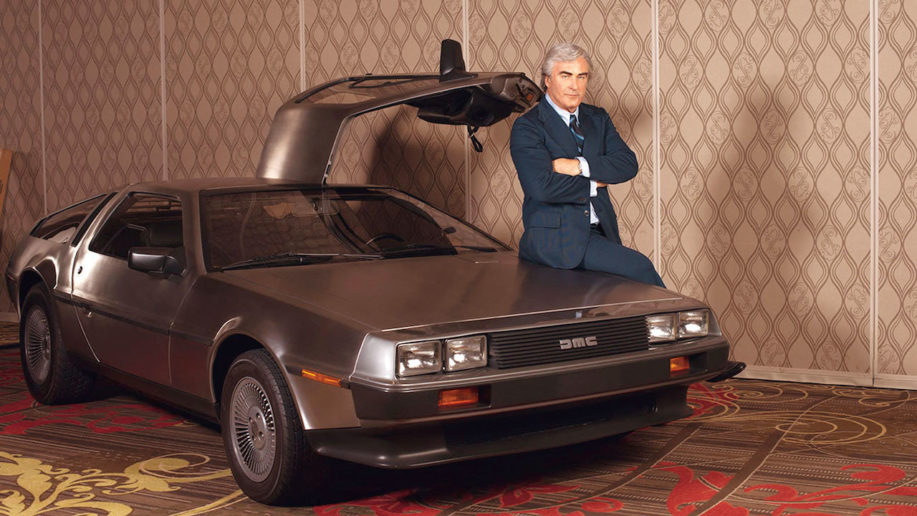 As I resume this column with the onset of the 2019-20 Flint Institute of Arts movie season, I am reminded of a past-harkening documentary on the museum docket this month – Framing John DeLorean. Many people know the DeLorean name only because of Back to the Future and its clever use of the futuristic sports car he created, but DeLorean’s own story is fascinating, and symbolic of the end of the Golden Age of American automaking.

DeLorean shot to the top at General Motors in the ’60s, created his own car company in the ’70s, then crashed to earth in the ’80s via legal troubles that included accusations of drug trafficking, tax evasion and fraud. The new biopic lays them out and supplements the real happenings with a series of re-enactments that include Alec Baldwin (as DeLorean), Josh Charles and others.

Framing John DeLorean can be seen at 7:30pm September 26 and 4pm September 28-29 in the Friends of Modern Art film series in the FIA Theater.

The FIA season begins September 6-8 with Tolkien, an account of the early years of the “Lord of the Rings” author. Showing September 13-15 is Official Secrets, a UK spy thriller with Keira Knightley and Ralph Fiennes. Also slated for September are The Souvenir (September 20-22), a coming-of-age drama with Tilda Swinton and her real-life daughter, Honor Swinton Byrne, and All Is True (September 27-29), in which director Kenneth Branagh portrays Shakespeare in his final days, aided by Dame Judi Dench and Ian McKellen.

As is customary, information on all screenings at the FIA is available by visiting flintarts.org or calling 810.234.1695. Welcome to the fall!