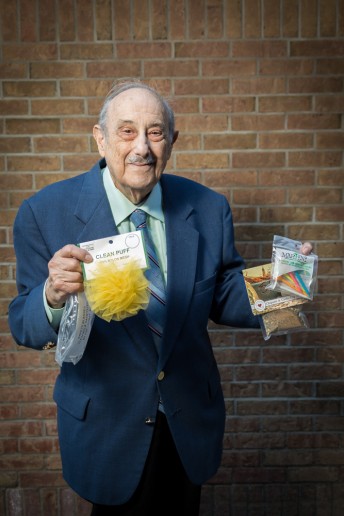 For many people, the work they do is a defining factor of their character. But having a job means even more to the most vulnerable of us – it means independence. The Vocational Independence Program (VIP) Work Center, located on Van Slyke Road in Flint, is a place where adults with developmental and intellectual disabilities receive vocational training, help with social and living skills and securing employment through one of many work programs. Max Gelanter has been the Executive Director of the non-profit organization since 1974. The organization itself has been around since 1954, and is funded primarily by the Genesee Health System through Medicaid dollars.

It was initially the Genesee County Association for Retarded Children and later became the Genesee County Association for Retarded Citizens. According to Gelanter, people with disabilities were looked at differently back then. When a child was born with mental retardation, which was a term commonly used at that time, parents were basically told by doctors to just get on with their lives and send the child to a facility, such as the Lapeer State Home, which later became Oakdale Regional Center. “But some parents didn’t agree with that,” says the director. So, a group of them got together and developed a plan for a place where children with developmental disabilities could go. “It used to be just recreational,” he explains. “The parents were the drivers and the teachers.” 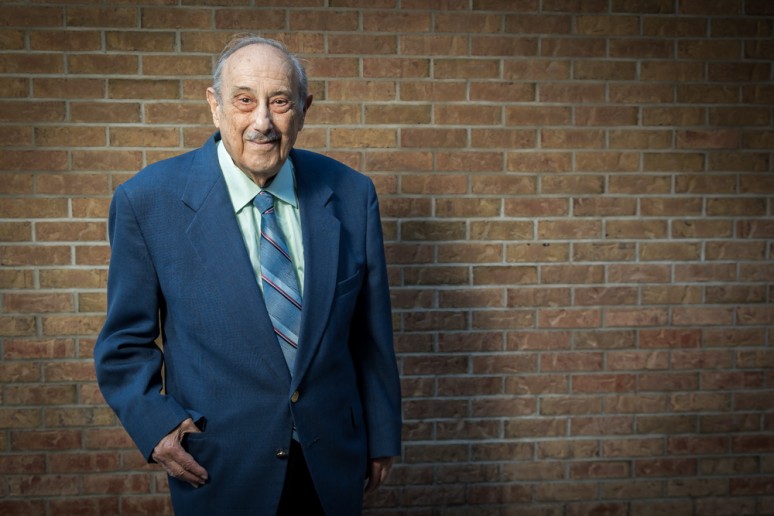 “I’ve been here for over 40 years and seen a lot of changes.
I love it. We are really helping people.”
– Max Gelanter 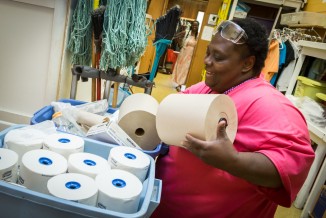 It has come a long way since then. In 2009, the organization’s name was changed to Vocational Independence Program. There were just 40 participants when Gelanter came on board in 1974 and that number has now grown to 124. The number of buildings has grown from one to ten, and there are many training programs offered, as well as work programs in which participants are paid using a deviated wage system. “I instituted the take-out work contract with GM and other places,” says Gelanter. 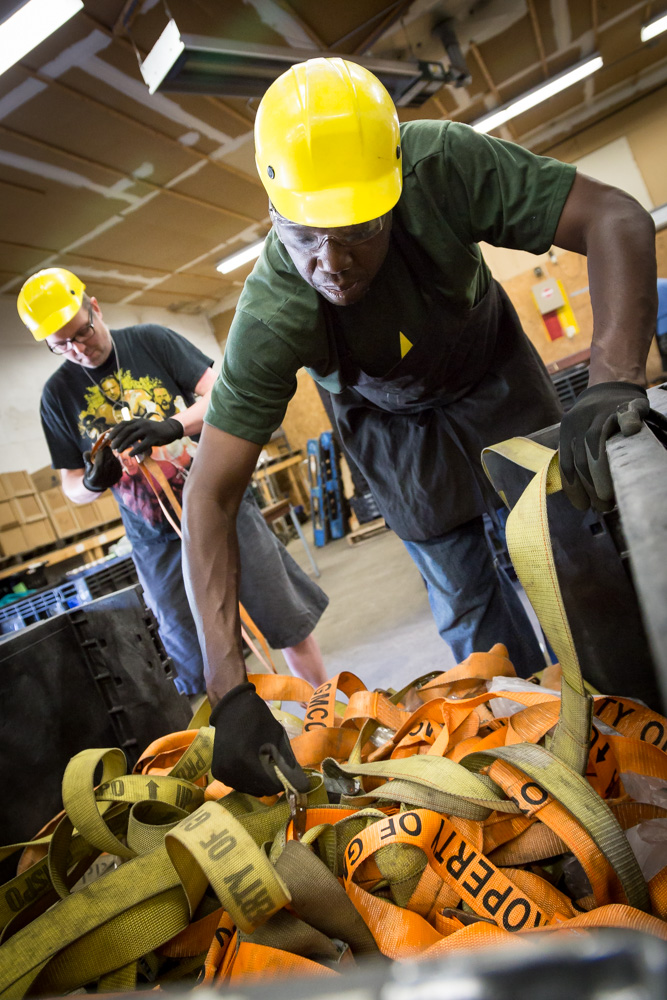 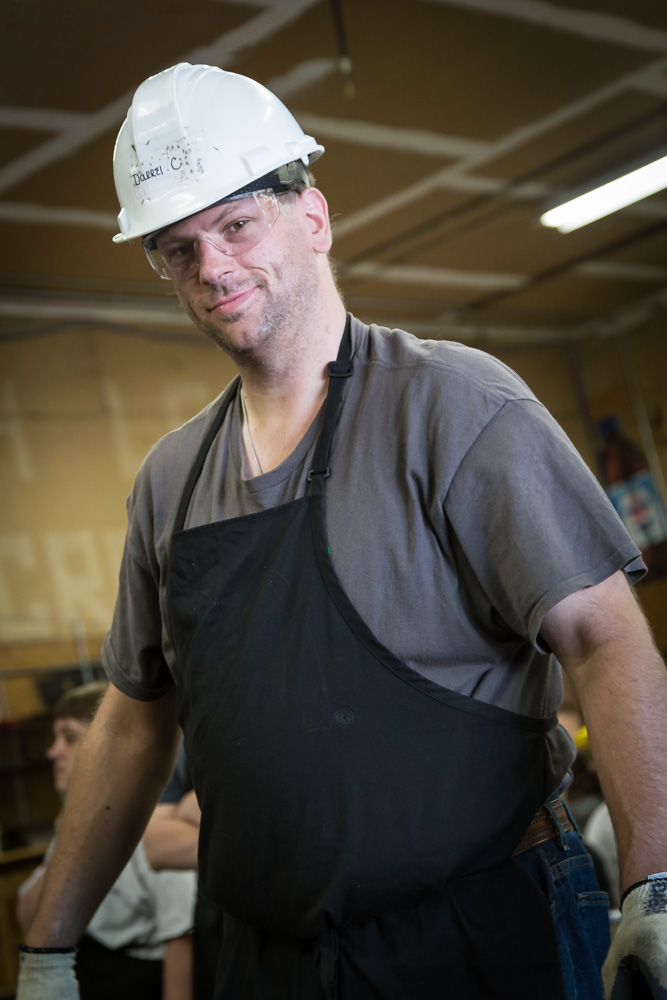 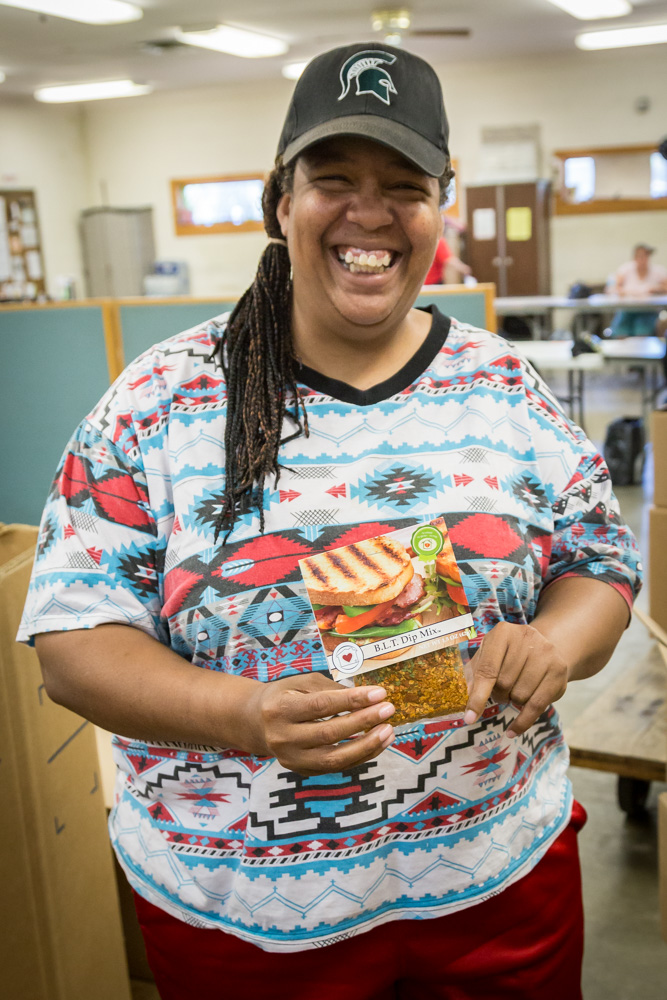 Among the services VIP offers, Gelanter lists job development, job coaching and case management. The Work Center offers participants training in product assembly and manufacturing, as well as group skill development activities including communication, health, safety and community awareness. “In the work program, they actually earn a paycheck,” he reports. In the Industrial Department at the Work Center, the workers roll shipping containment belts for GM, and also refurbish and sanitize safety glasses which are then re-used. They also do packaging for Country Home Creations in Flushing, as well as packaging golf tees for Martini Twist, a company that promises “a longer, straighter drive.” They produce Clean Puff 100 percent nylon mesh dish/pot-scrubbers, and VIP is currently looking for places to sell them. The program has contracts with several other businesses. 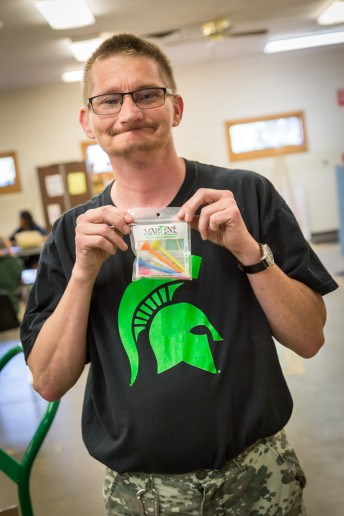 Through the Community Employment Program, VIP helps participants find work with area businesses that offer supportive employment, such as Mongolian BBQ restaurant and Boy Scouts of America. The Transportation Program takes the workers to and from the Work Center. “Our blue buses go to their homes and right up the driveway to pick them up,” Gelanter says. In the Hot Lunch Program, the consumers actually assist in food preparation, serving and cleanup, and they are paid for the work they do.

Gelanter has found his career at VIP to be very rewarding. “I’ve been here for over 40 years and seen a lot of changes,” he says, “I love it. We are really helping people.”