Growing up, Royce Stephens learned a thing or two about the motivating effect that sports could have on youth. “My father was the leader of my Boy Scout troop and he would teach us from the handbook for the first half of our meeting and allow us to play basketball for the second half,” he says. “When he stopped letting us play basketball, kids stopped coming. He used basketball to provide an incentive to education.” While playing basketball at Hamady High School, Stephens learned the hard way when he decided to sit out his junior year and in doing so, suffered a drop in his grades. “I realized how important sports were to me and I knew what I had to do. I turned it around quickly,” he adds.

After graduating college, Stephens came back to Hamady and began to make an impact on young lives as the basketball coach for 6th and 7th graders. “Teachers began reaching out to me for help with individuals’ grades or behavior issues and I immediately saw improvement. It was then that I realized what an educational tool extracurricular activities like sports could be. You have to reach people where they are.” Stephens started playing in local leagues and traveling with a team outside of Flint where he began mixing lessons into his trip itinerary depending on his destination. “It was an eye-opener for the kids as many had never left the city before,” he adds. 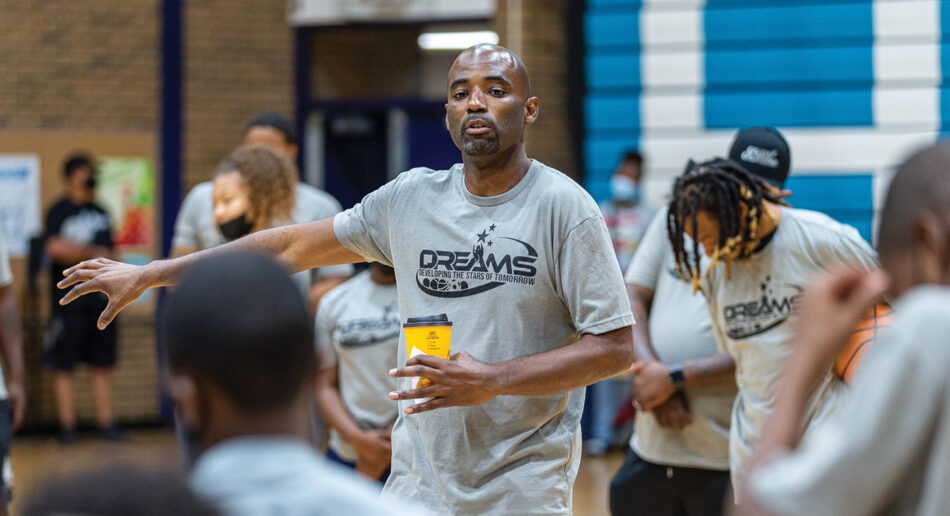 Stephens soon established the non-profit D.R.E.A.M.S. (Developing Respectful Educated Aspiring Minds with Sports) as a way to further his mission “to use sports and enrichment programs to foster resiliency, inspire and motivate youth in Genesee County, specifically those who have encountered adverse childhood experiences.”

Recently, Stephens has expanded his vision to include much more than sports. “In the fall of 2019, I began using gardening as an instrument to connect with youth,” he explains. “I always had a garden as a kid and know what it’s like to eat something I grew myself. It’s something our youth should experience. I was all set up to work with middle-schoolers at Hamady when the pandemic hit and shut down the schools – so, the program went virtual. I did some research and we began to do bucket gardening.” His bucket gardening idea was a hit and encouraged him to go one step beyond. “We grew collard greens because the plant is resilient, can mitigate effects of lead poisoning and is culturally relevant. When the project was complete, we welcomed local Chef Nate Brown to teach the kids how to cook the greens and while doing so, we talked to the children about life and mental health.” The class was such a success that Chef Brown held a follow-up chili-cooking class and the participants had all of the ingredients delivered to their homes. More cooking classes are planned for the future.

In February of this year, D.R.E.A.M.S. received grants from Flint ReCAST and the Community Foundation to continue the urban gardening program and starting next year, Stephens hopes to operate and teach students in a new aquaponics lab being equipped at The New Standard Academy in Flint.

In October, D.R.E.A.M.S. held its first Basketball and Life Skills Academy at Hamady High School and the participation was off the charts. “It was meant for 5th to 8th graders and our goal was 60 ‘Dreamers’. We had over 90 Dreamers participate!” exclaims Stephens. “I ordered around 110 T-shirts just in case, and we ended up with about ten left,” he laughs. In addition to basketball instruction, Dreamers heard presentations from Commit to Fit about sugar intake, from former basketball standout Kelvin Torbert, the Flint Police Department spoke about decision-making, ReCAST offered tips on awareness and emotional control, and John L. Financial Services instructed the group in financial literacy. The next Skills Academy is planned for January 2022. 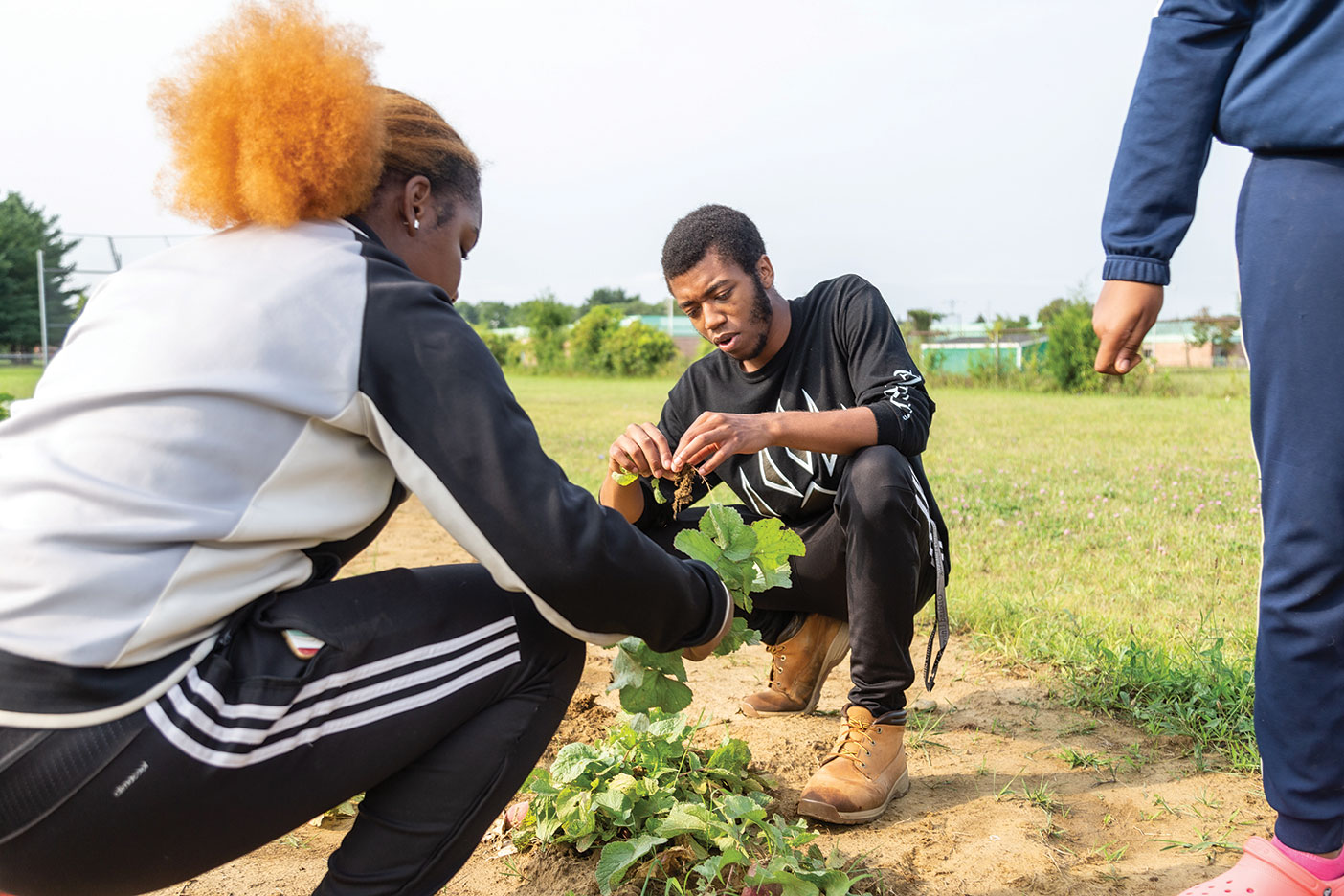 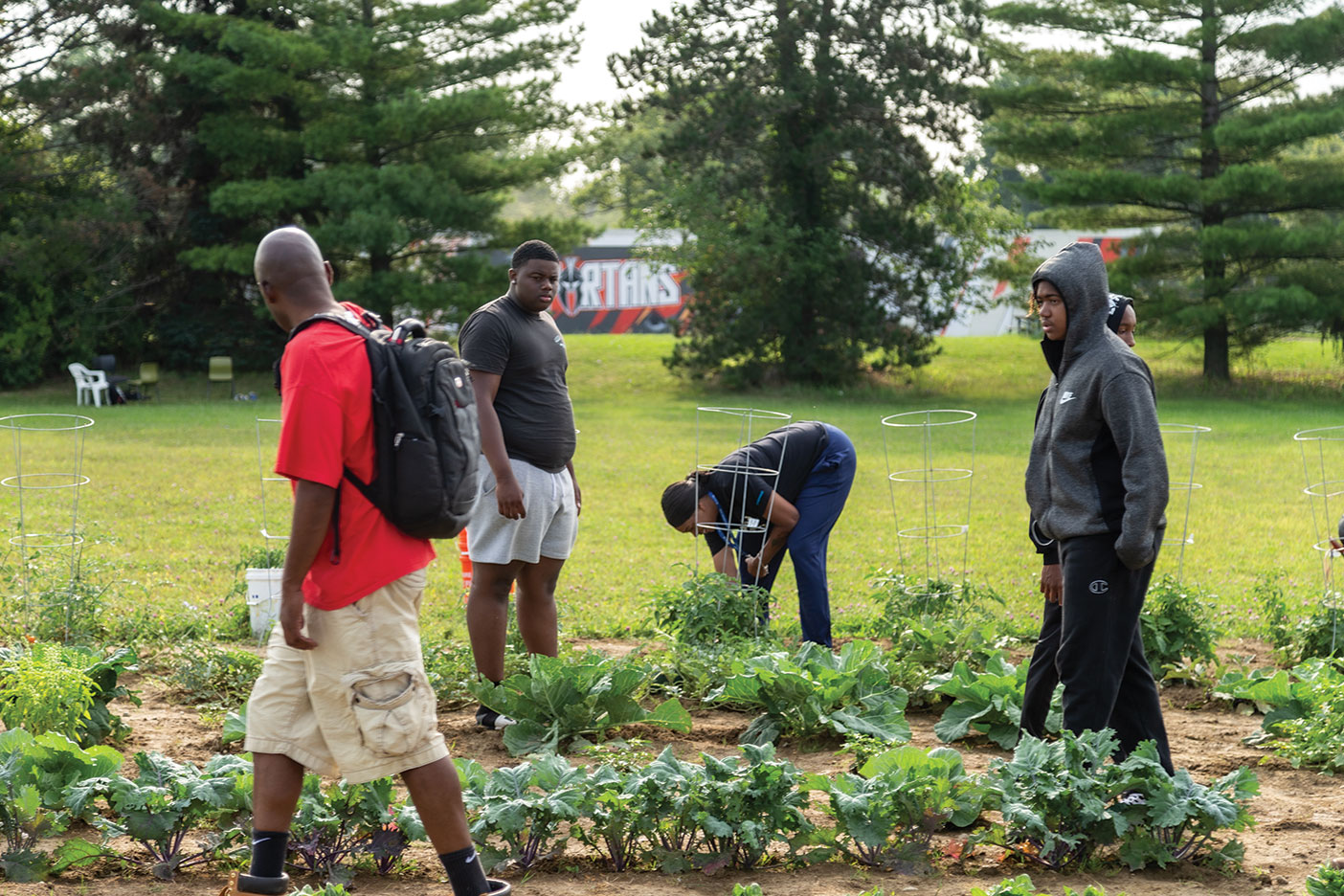 Stephens is continuing to develop programming for D.R.E.A.M.S. that focuses on entrepreneurship and continuing education. “I would like to institute a retail or fashion design program and a graphic design class,” he states. “I want our youth to know what they are capable of and what they can accomplish. For example, with the gardening program, I want them to learn that agriculture can be a profession if you love it. I want to plant dreams. Do what you want to do!”

Through it all, Stephens is quick to point out that he could not have grown the program without help from the community and partnering organizations. “Collaboration is the key for Flint,” he says. “Many organizations are doing great things but they are working in silos. Why should I reinvent the wheel if somebody already has one? We are all working toward the same thing but sometimes, we fall enroute. Let’s pick each other up and get to the end together.”

Stephens loves the changes he sees in Downtown Flint and hopes it will continue. He just wants to make sure that everyone is a part of the plan. “I hope that the youth I work with are included in Flint’s future. Everyone at D.R.E.A.M.S. is working hard to change the culture of our youth. I see too many kids who think school is a waste of time. We are working to make it cool to be a good citizen and to do what’s right, and these kids are trying. I think as adults, we forget what it was like to be young. Don’t leave the dreamers out. They won’t be perfect, but they will get there.”

Photos Provided By 4th Down Films