The holiday season’s most enchanting story will captivate audiences as the Flint Institute of Music brings The Nutcracker back to The Whiting!

For nearly 50 years, the young and old from Greater Flint and beyond have been delighted by the magic of this Christmas classic – the sparkling sets and costumes, the dreamlike music – for many youngsters, it is their first experience with the world of ballet and classical music.

My City asked a few of the talented and dedicated people who make this cherished holiday tradition happen to give us a little peek “behind the curtain” as they prepare to share the gift of The Nutcracker with performances on December 4 (7:30pm) and December 5 (3pm). 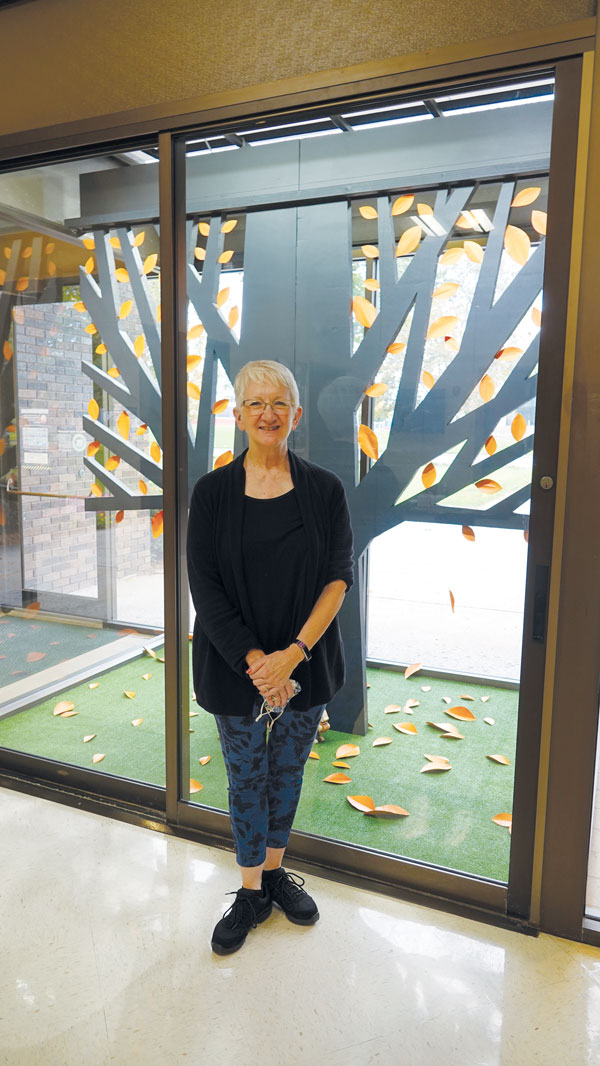 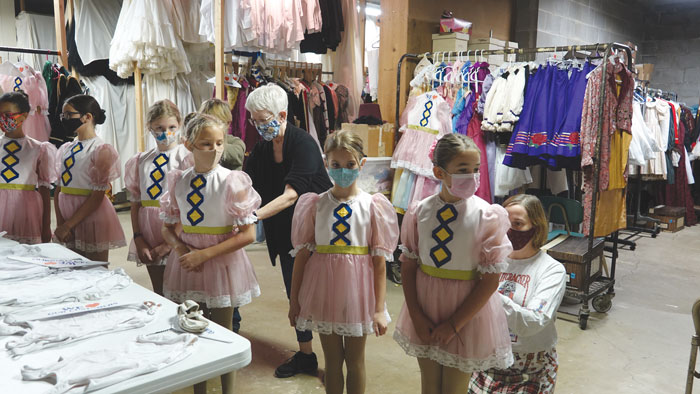 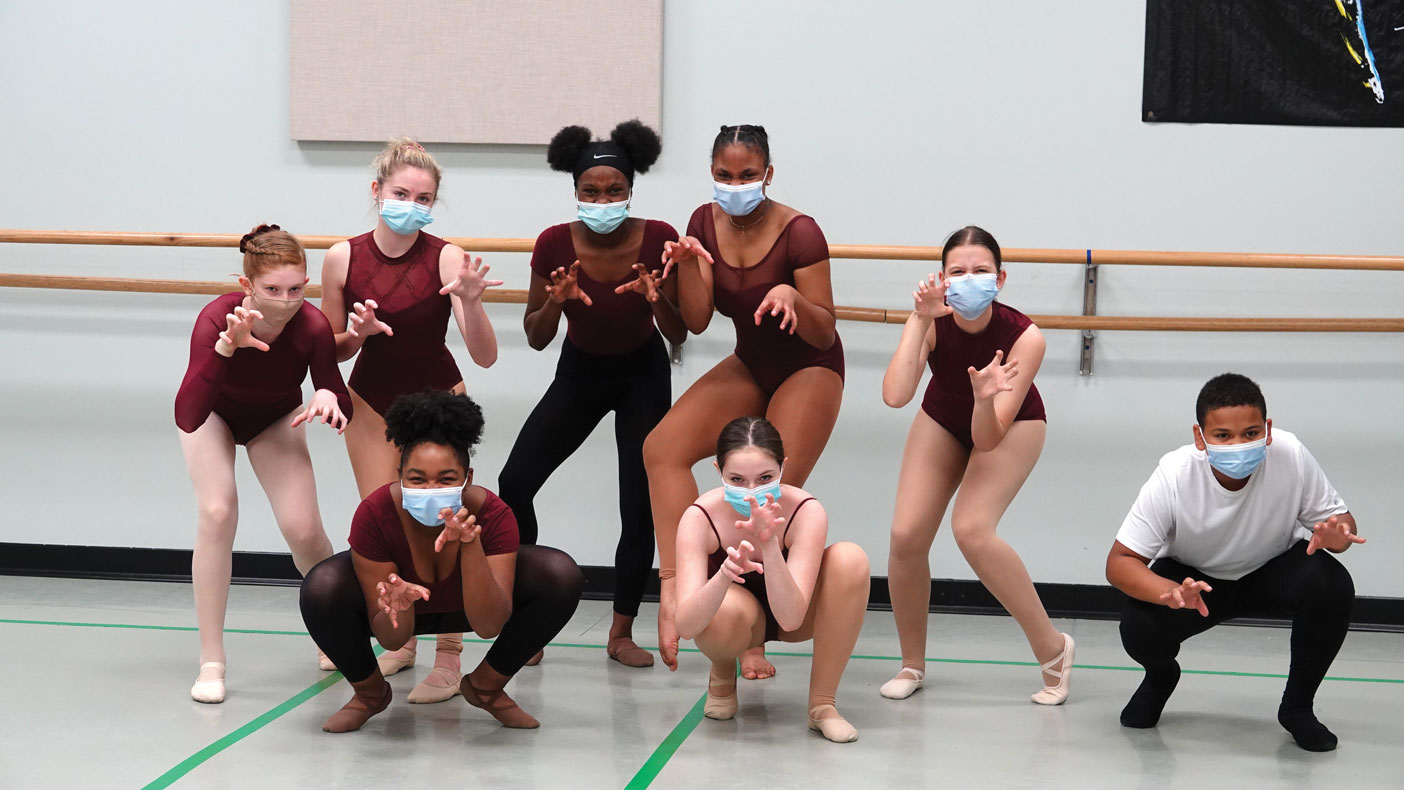 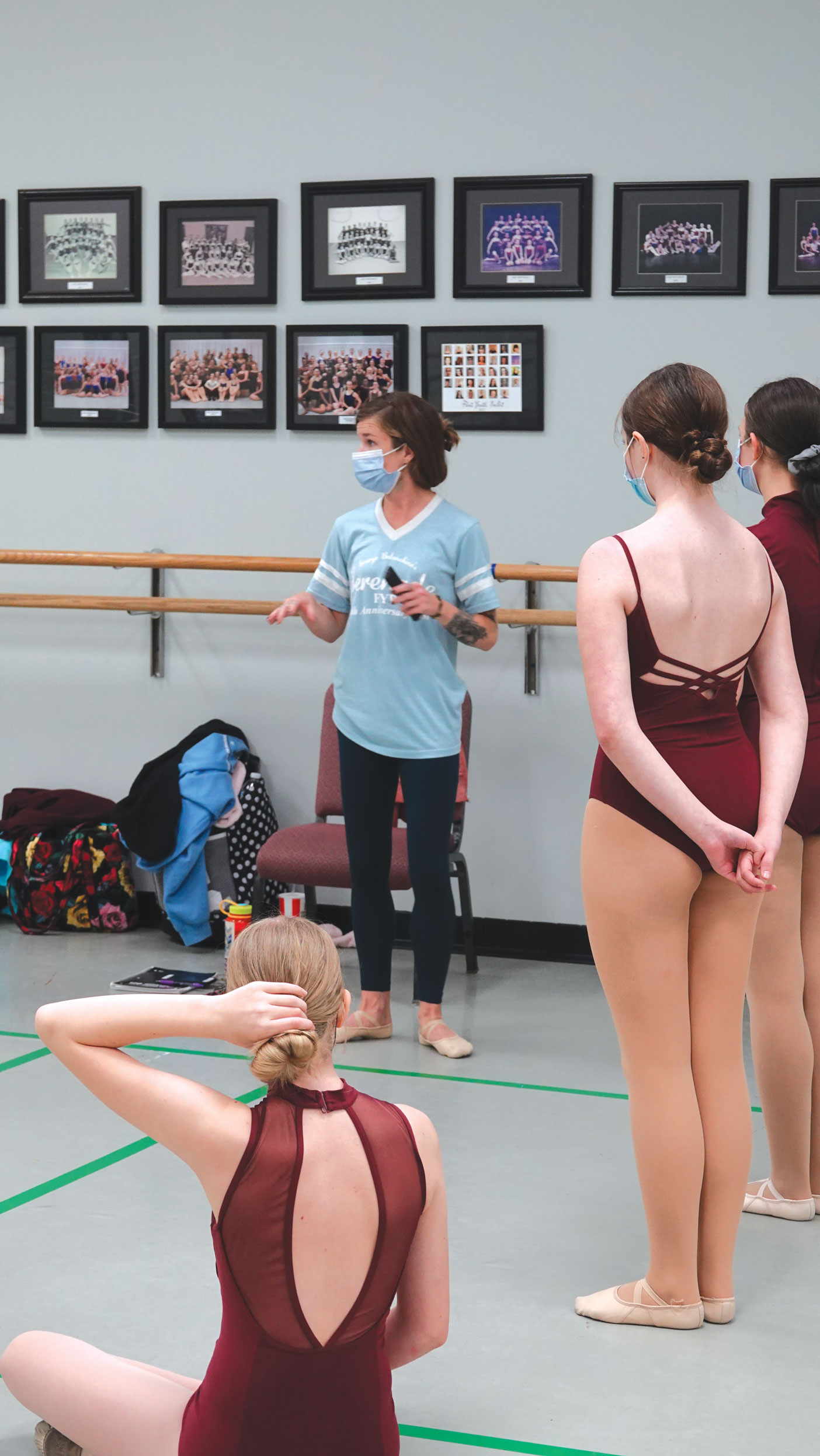 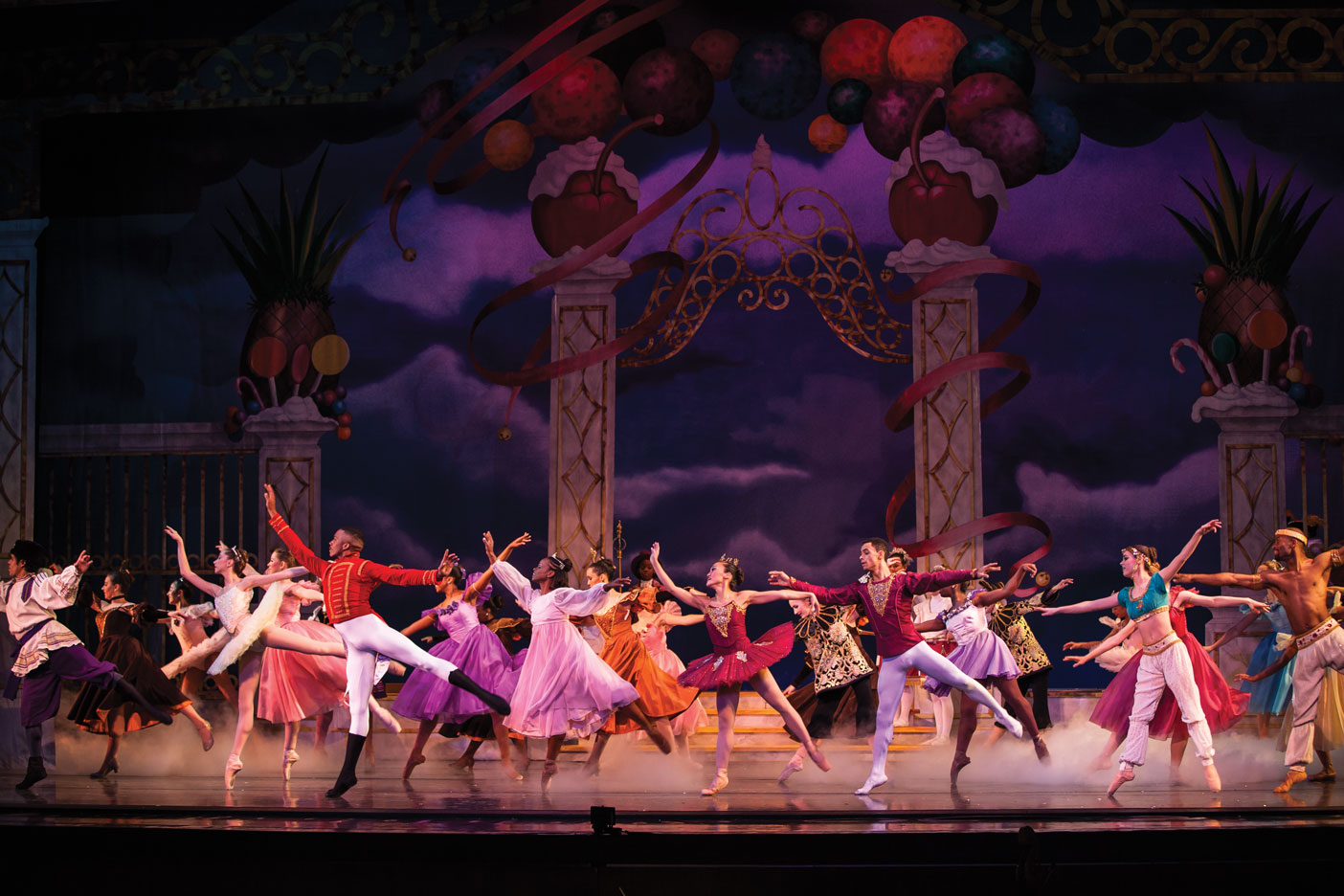 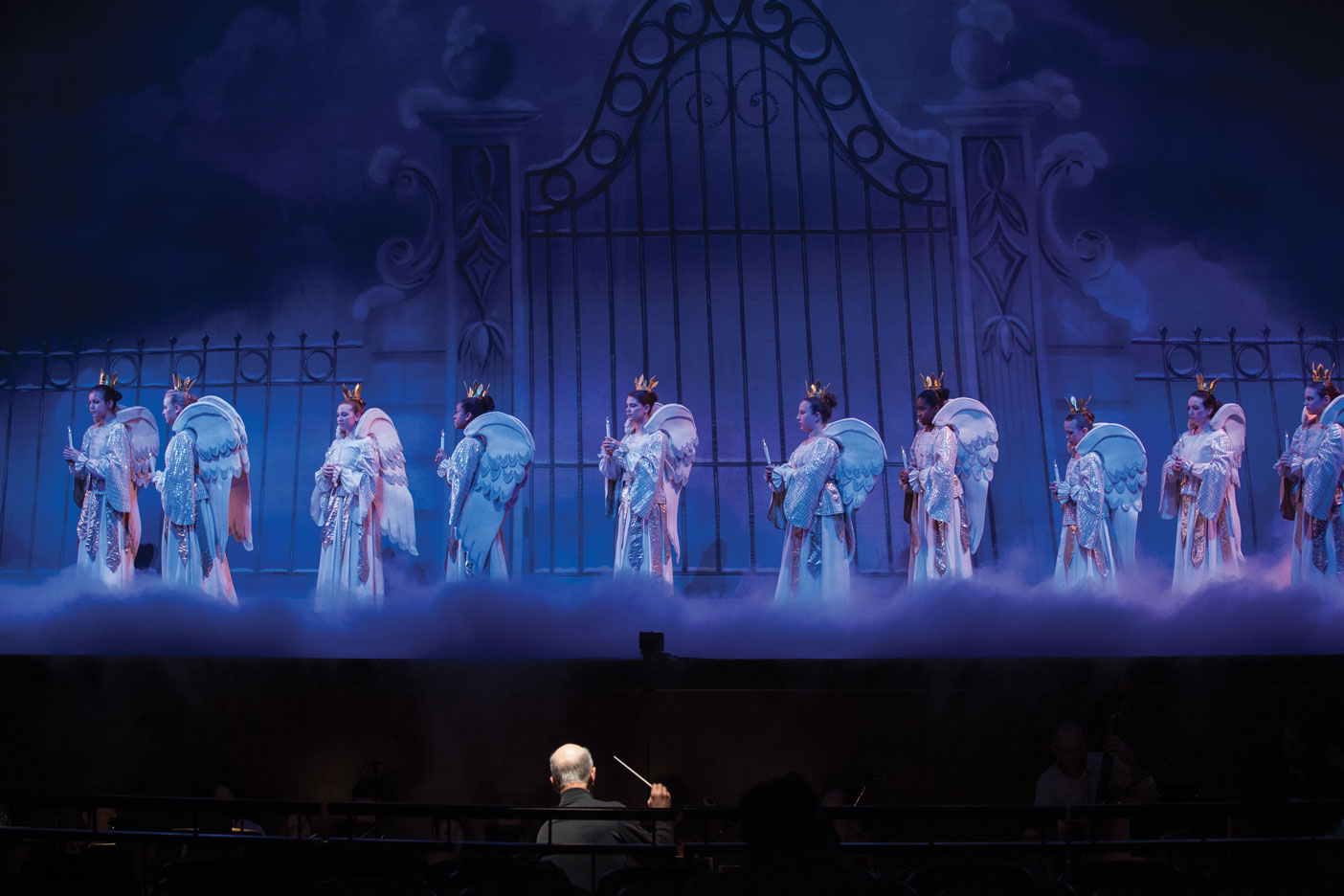 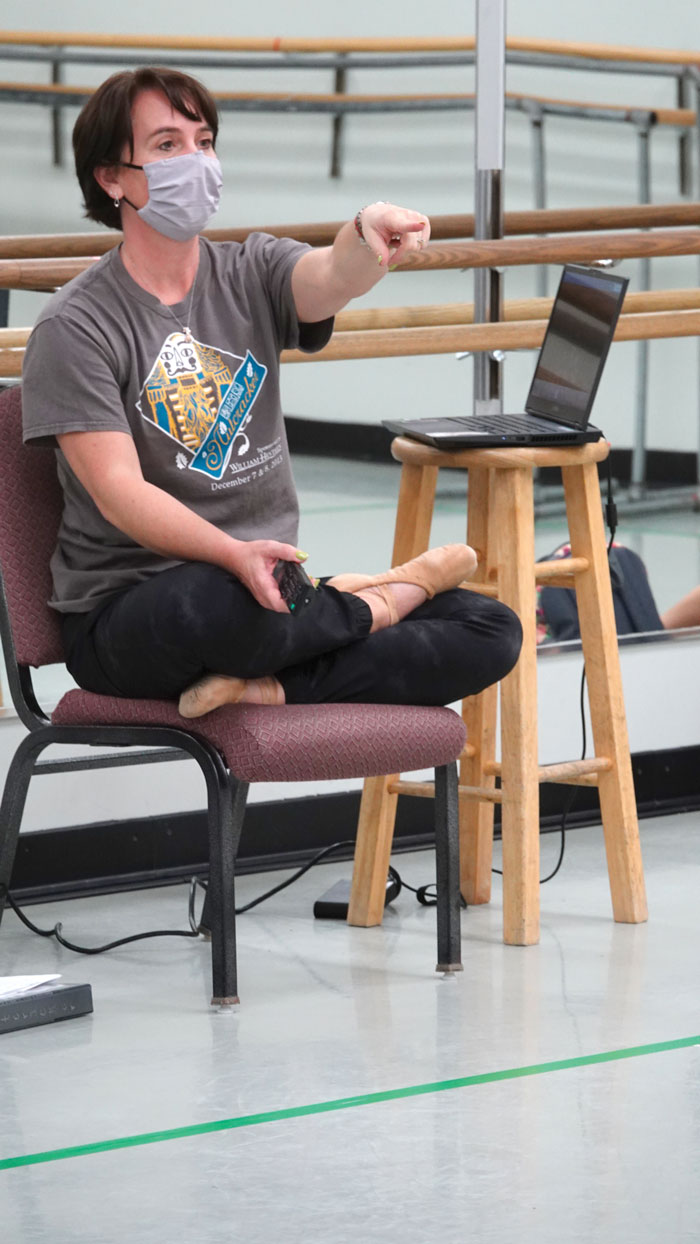 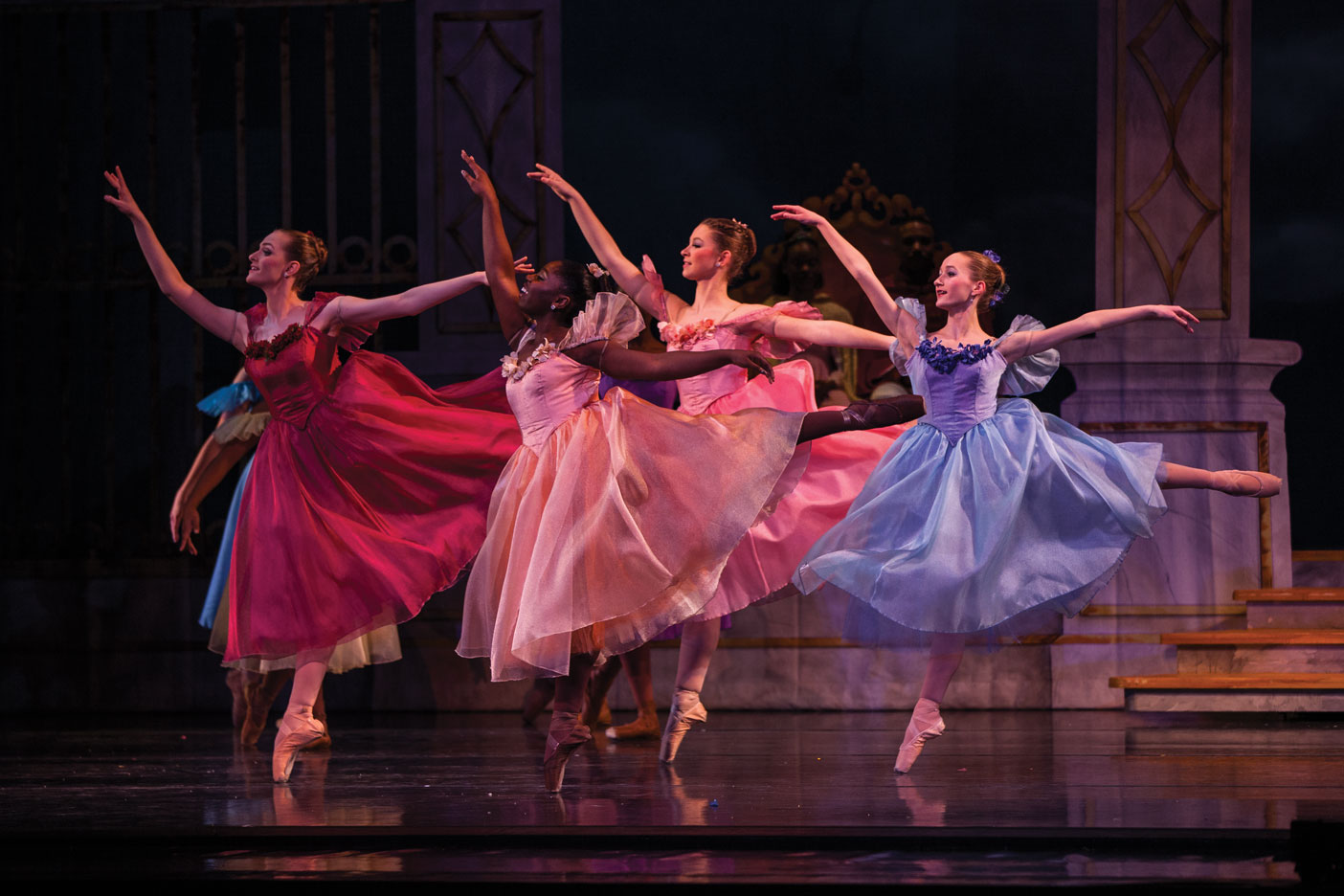 On the day My City visited the FIM, the facility was filled with dance students and faculty in full rehearsal mode. Mills Jennings was overseeing costume fittings. “I tend to micromanage this process, because I want each individual costume to reflect my overall artistic vision,” she admits. The young dancers stood patiently while a team of three seamstresses fussed over all the delicate details of their costumes.

While fittings were taking place in the basement, rehearsals were going on in the FSPA dance studios. Mills Jennings had placed the dancers in the capable hands of Elizabeth Philippi, Nutcracker Assistant to the Director and Julia Felton, Nutcracker Children’s Ballet Mistress. “Once the production is cast, we spend approximately 18 hours per week in the studios for 7-8 weeks, beginning in October,” Mills Jennings states.

“When we add the daily rehearsals during the week of Thanksgiving and the hours at The Whiting, it totals about 166-182 hours. I prefer the years when we have 182 hours!”

The number of student dancers in The Nutcracker production varies. There have been as many as 85; but due to various challenges related to the health crisis, including social distancing backstage, 49 FSPA students will perform this year.

As one would imagine, getting a production such as The Nutcracker to the stage often presents challenges. “Sometimes it is a blizzard, sometimes a pandemic! For me, the greatest challenge is to maintain the quality and integrity of a production that has been loved by the community for 46 years,” states Mills Jennings. “Each year, I ask myself: Is the production still relevant to our community and the dancers? Does the set still look and function magically? Do the costumes look as new as when they were? Does the production spark the imagination of new audience members? Will it still charm families who attend every year? If any answer is ‘no,’ I will develop a strategy to correct it.”

When all is said and done, Mills Jennings treasures her role in bringing The Nutcracker to the community for the holidays. “I love watching the entire ballet!” she exclaims. “It is a relief to hear the first notes of the Overture for the Saturday performance and just relaxing and enjoying this beautiful production made possible by the Flint Institute of Music.”

The diversity of The Nutcracker cast allows ballet dancers (and some non-dancers) of all ages the opportunity to participate. Joining 49 talented dancers from the Flint School of Performing Arts (FSPA) are several guest artists.

Before the production can begin, the dancers must be cast in their roles – the job of the adjudicator. This guest artist has no previous experience with any of the dancers, runs the auditions and makes all of the casting choices. Lee received her formal training as a scholarship student at the renowned Jones-Haywood School of Ballet in Washington, D.C., as well as the Dance Theatre of Harlem and the Ailey School. She performed with Ailey II and the National Gazelle Tour of “The Lion King.” She was the rehearsal director for Collage Dance Collective and Flint ballet fans know her from performing the roles of both “Clara” and “Sugar Plum Fairy” in the FIM productions of The Nutcracker.

Reprising her role in the FIM production, Murphy-Wilson is an internationally renowned ballerina from Shreveport, LA. She is in her fifth season with The Washington Ballet after 13 years with Dance Theatre of Harlem.

Wilson began his classical dance training at age 15, studying with Lawan Morrison at the Bremerton Dance Center in his home state of Washington. He is now a dancer for the Washington National Opera.

Born in Flint, Mihailoff began her training at the FSPA and performed in many FIM Nutcracker productions, as well as Flint Youth Ballet. She is currently dancing in her first season as an apprentice with The Roanoke Ballet Theatre and in the process of receiving her personal training certificate through the National Academy of Sports Medicine.

James Felton, II
“Russian” “Harlequin” “Mouse King”
A Michigan-based artist and educator, Felton earned his BFA in Dance Performance and Choreography. Originally from Lapeer, he started his training with Sandra Brewer and later studied under Karen Mills Jennings at the FSPA with the Flint Youth Ballet. Felton is thrilled to be joining Confluence Ballet Company in their inaugural season this fall.

Originally from Lancaster, SC Atkins debuted at age 17 as a principal dancer with Classical Contemporary Ballet Theatre and Ballet Savannah. In 2012, Atkins founded Ballet Inc. and through his artistic vision and choreography has gained commendable, international credibility and groundbreaking success.

Slade started dancing at the age of seven and was selected to train at the South Carolina Governor’s School for the Arts and Humanities. She went on to continue academics and dance education at SUNY Purchase College earning a BFA in Dance and Performance in 2009. A fully-accredited ABT certified ballet teacher, she is currently ballet mistress for The New Ballet Ensemble, School and Principal Artist for Ballet Inc., and continues a freelance performing career. 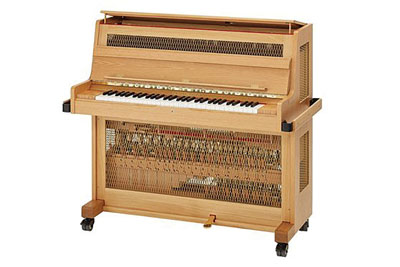 Tchaikovsky based the “voice” of the Sugar Plum Fairy on a new instrument he discovered in Paris: the celesta (celeste means “heavenly” in French.) Its bell-like tone and ethereal notes make it perfect for the fairy-tale ambiance of The Nutcracker. This year, the celesta will be played by Flint Symphony Chorus Conductor, Jeff Walker.

This iconic Christmas classic has been delighting audiences for more than 125 years. First performed in St. Petersburg, Russia in 1892, the ballet was inspired by “The Nutcracker and the Mouse King,” published in 1815 by the German author E.T.A. Hoffmann. The score was composed by Pyotr Ilyich Tchaikovsky and the ballet choreographed by Marius Petipa and Lev Ivanov, three of Russia’s greatest artists of their era.

Personal note: Having experienced the FIM production many times, I can say that the FSO musicians have perfected their performance of the magical score.
Tchaikovsky’s “The Nutcracker Suite, Op. 71” consists of eight movements, including the memorable “Dance of the ​Sugar Plum Fairy,” “Russian Dance,” and “March of the Wooden Soldiers.​”

This year, the FSO will be led by Guest Conductor Timothy Muffitt from the Lansing Symphony. It is his second time in The Whiting pit. He will be joined by 47 musicians, and six “Snow Voices” who are members of the Flint Symphony Chorus, led by FSC Conductor Nada Radakovich.

The conductor and musicians receive The Nutcracker score in October to begin rehearsal. During performances, the musicians wear all black so as not to compete with the costumes on stage. Each one has a tiny light on their music stand so they can see their music, which is a challenge during scenes when the “fog” rolls off of the stage into the pit.

FSO Operations Manager, Cathy Prevett, gushes over the talented group. “There are a couple of musicians who literally play fewer than ten notes during the whole performance, but their parts are absolutely integral to the score,” she shares. “They are a fabulous bunch who turn down other offers for holiday work to play with the FSO.” 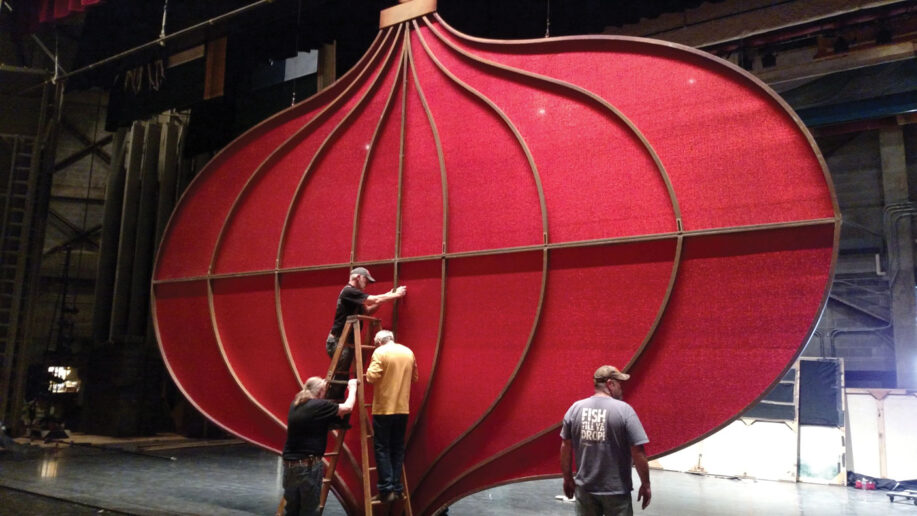 MCM talked with Doug Mueller, Technical Director/Lighting Designer University of Michigan-Flint Department of Theatre & Dance about his role in bringing The Nutcracker to the stage.

How long have you been involved with The Nutcracker?

I’ve worked with Karen Jennings and the FSPA for 30 years, and I’ve never been so excited to bring this production back to life! I started in 1999, the year The Whiting reopened after major renovations. I share the responsibility for mounting the physical production with FIM Master Electrician,

Dave Thompson. I primarily oversee the lighting design and Dave deals with most of the logistics and scenic installation, as well as calling the show. Together, we oversee maintenance and improvements.

Take us through the set-up.

Production always takes place the week after Thanksgiving. It takes about 3.5 days and a dozen stagehands to install the wall-to-wall sprung dance floor, hang the drops, scrims and show portal, assemble the scenic pieces and hang, circuit and focus over 250 lights to get ready for Wednesday night’s rehearsal. This is the first time the dancers are in the space after weeks of studio rehearsal. It’s also the time for the stagehands to practice the major scenic moves and for me to get a look at the lighting. If needed, we do more cleanup and adjustments on Friday, and add some of our guest artists to that evening’s final dress rehearsal. After that, the show is in Dave’s hands. All told, there are 16-18 hands, a handful of dancer-parent volunteers and dozens of performers backstage during performances.

What is the biggest challenge?

Given how long Dave and I have done this together and the continuity we have with the excellent IATSE Local 201 crew and house staff, the challenges come in the unexpected. Some years back, we had a blizzard and the rented lighting gear was delivered early … to the wrong building! It took us hours to locate it, and then we had to push the road cases through the snow. In 2019, someone broke into the warehouse and stole the rocking horse prop, of all things – nothing else was missing or damaged. We had 24 hours to find an image of the missing piece and construct and paint a replacement, in addition to the full day’s work still ahead.

How is it going for this year’s show?

Typically, we do a five-hour shift on the Tuesday before Thanksgiving to hang the drops and scrims. It gives us a jump on the week and lets the wrinkles from a year of storage “hang out” of the soft goods. This year, we have “Fiddler on the Roof” in the space on Thanksgiving weekend, so we have to find a way to wedge that work into Monday and Tuesday. The only way that can happen is to make the days longer! The Saturday and Sunday shows are followed by a long day on Monday to pack it all up and put it away … until next year.