On May 1, Durant-Dort Factory One in historic Carriage Town reopened after what General Motors Executive VP, Mark Reuss, described as “a long journey” from purchasing the building in 2013. The Factory One building was a dilapidated piece of history the community could have lost; instead, it went through strenuous renovation and through collaboration between GM and Kettering University, was transformed into an interactive and innovative hub in Downtown Flint.

Along with many community members, Factory One Operations Manager, Kevin Kirbitz, was on hand for the grand opening ceremony to share details of the renovation process. Kirbitz recounted that when GM bought the building, the first restoration phase included work on every major area: the walls, windows, leaking roof, and foundation. “Masons replaced over 17,000 color-matched bricks,” Kirbitz stated. Important to the project was maintaining and preserving the historic site – including keeping the vintage structural beams that inspired Reuss upon his initial discovery of the building – while adding discreetly modern amenities that “connect the industry’s past, present and future.” 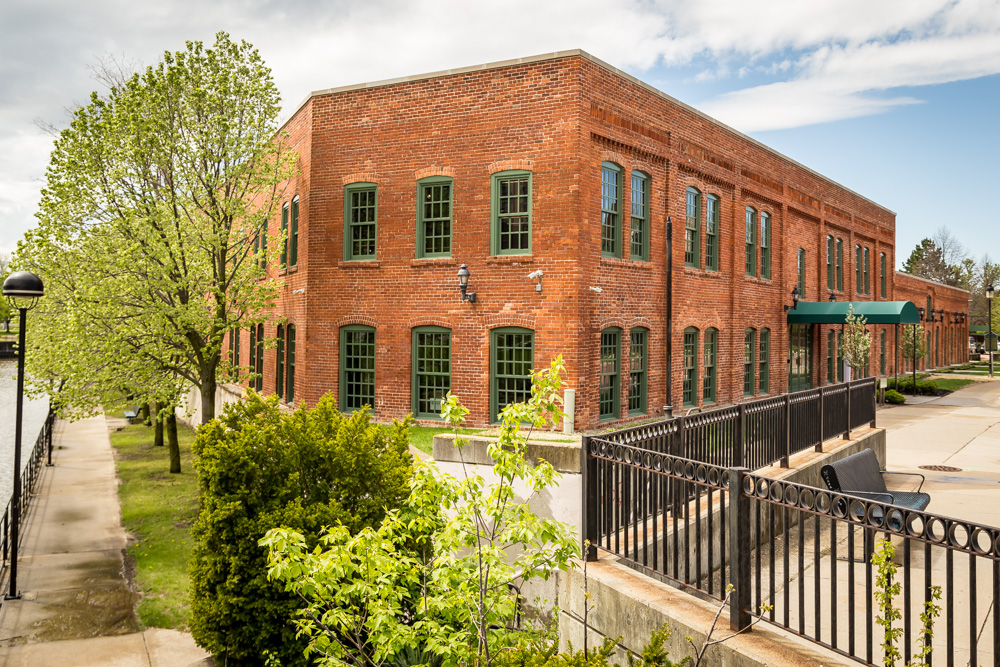 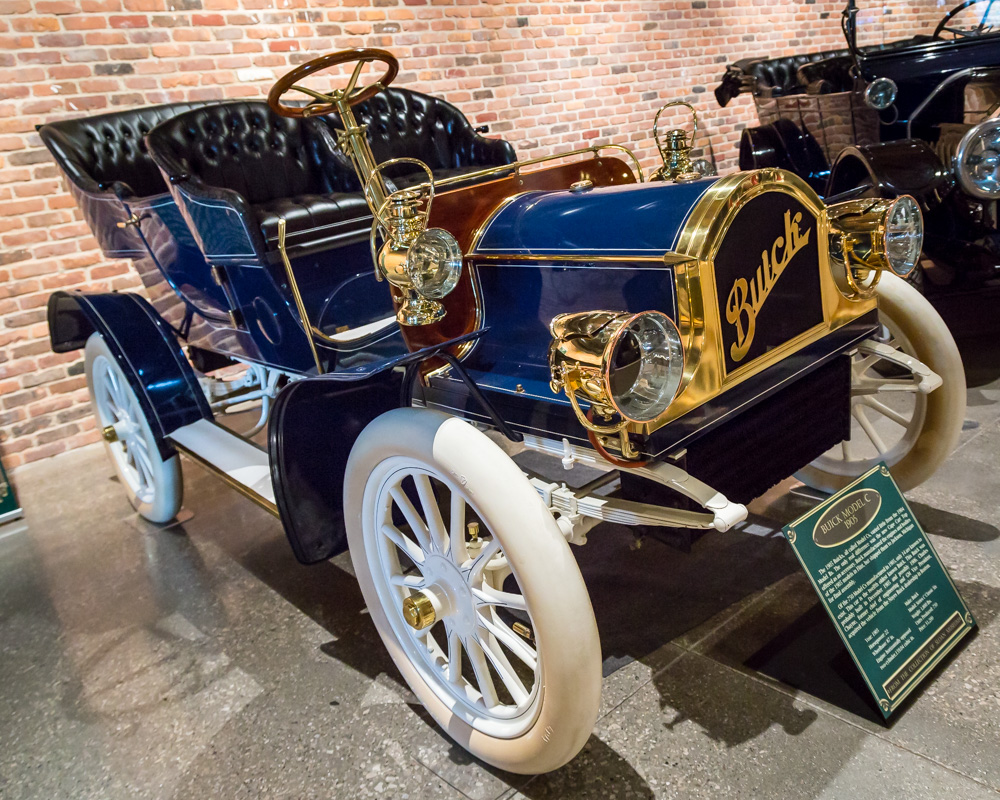 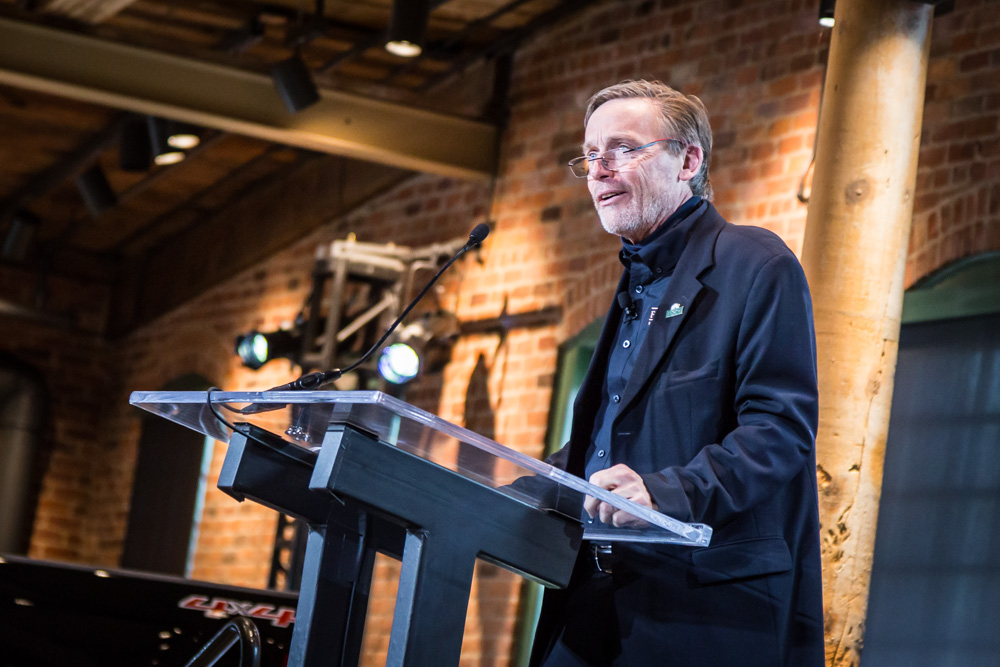 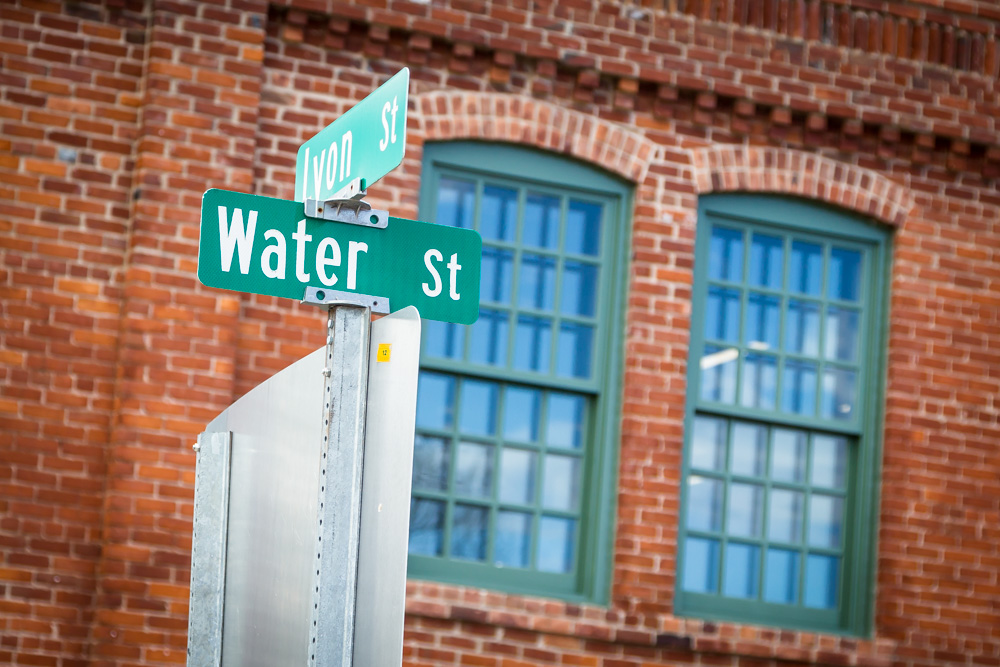 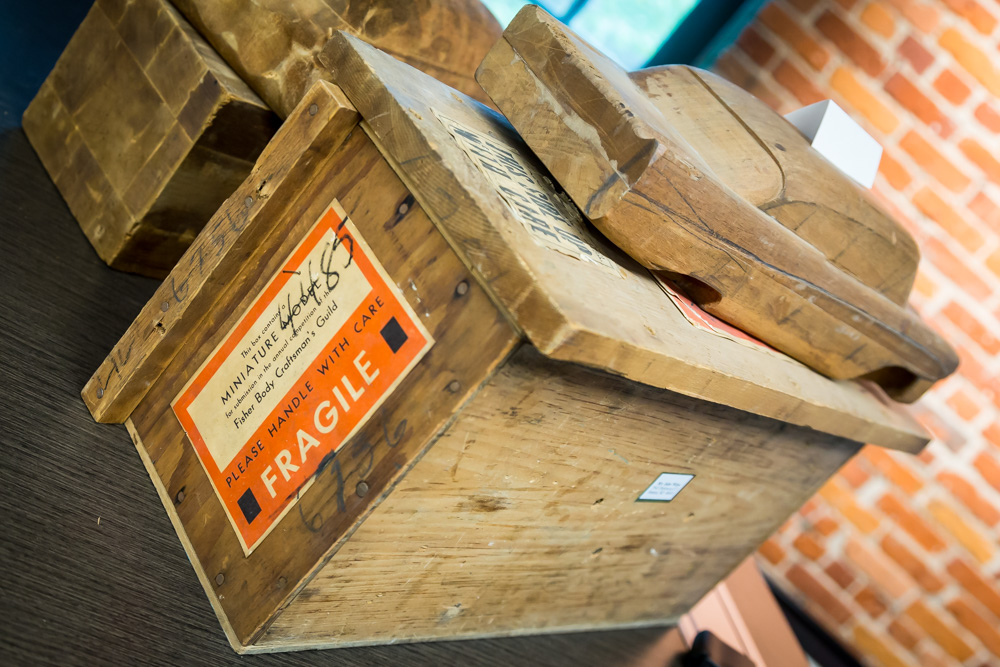 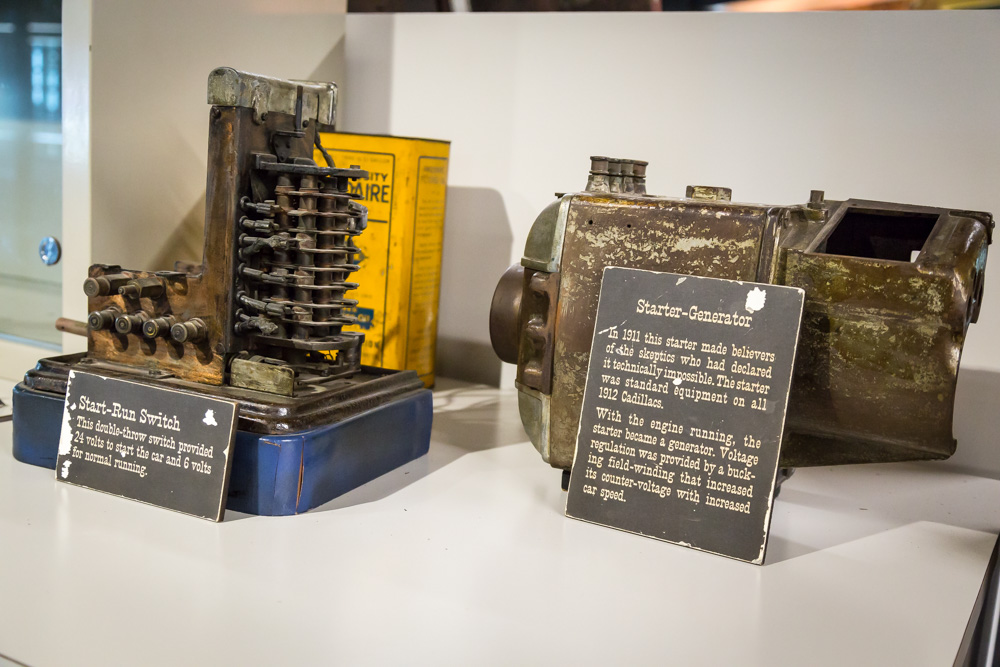 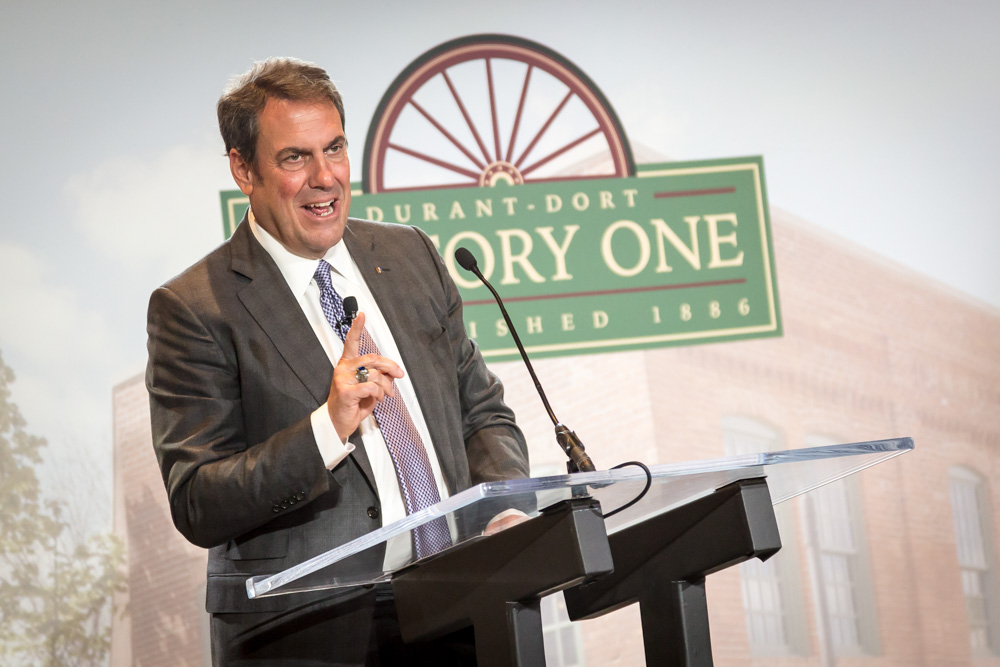 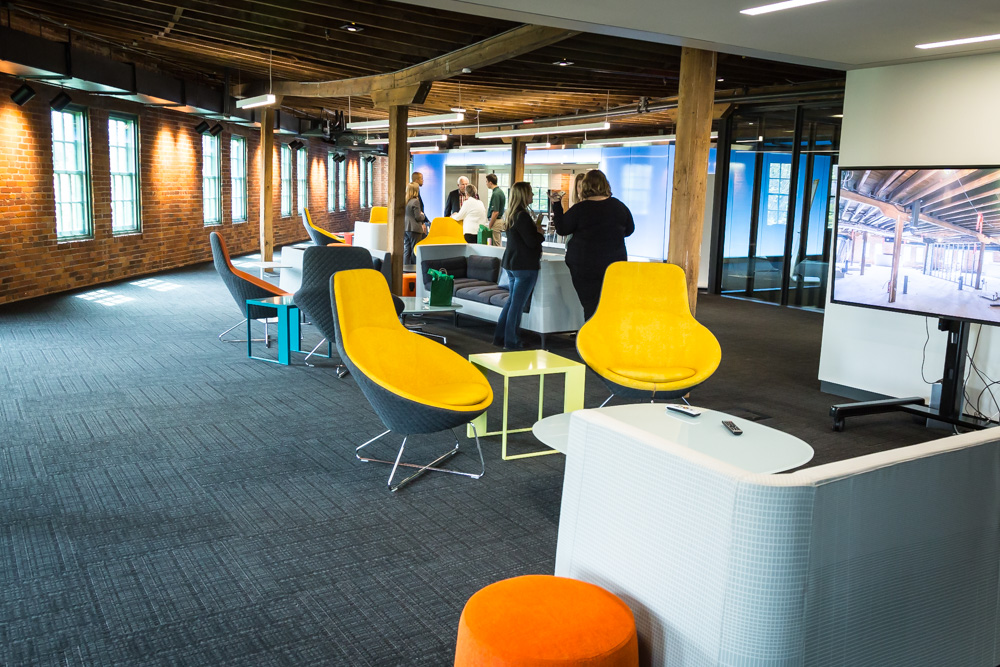 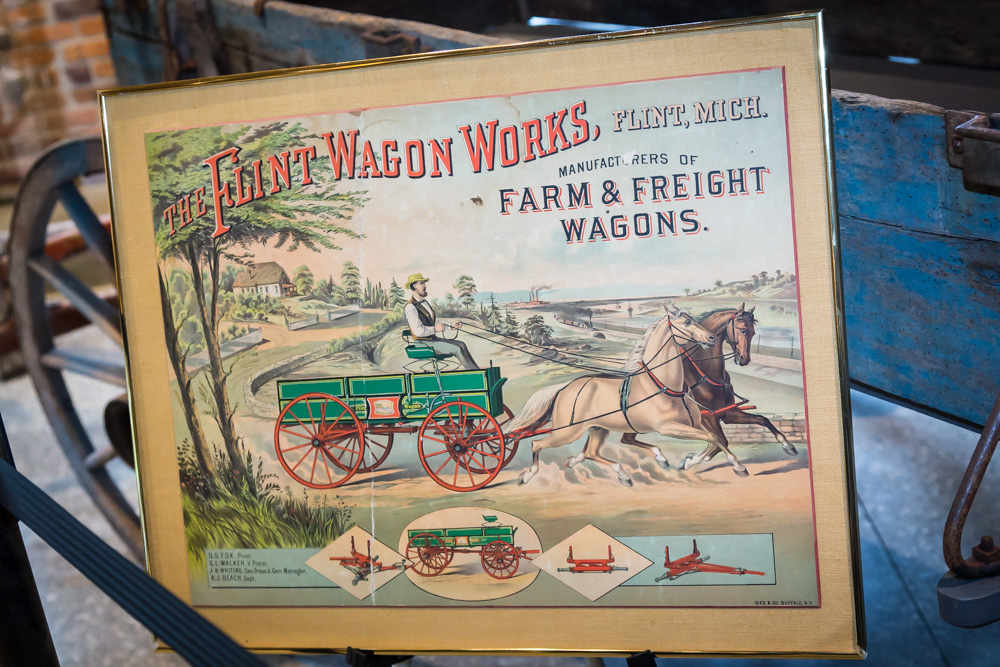 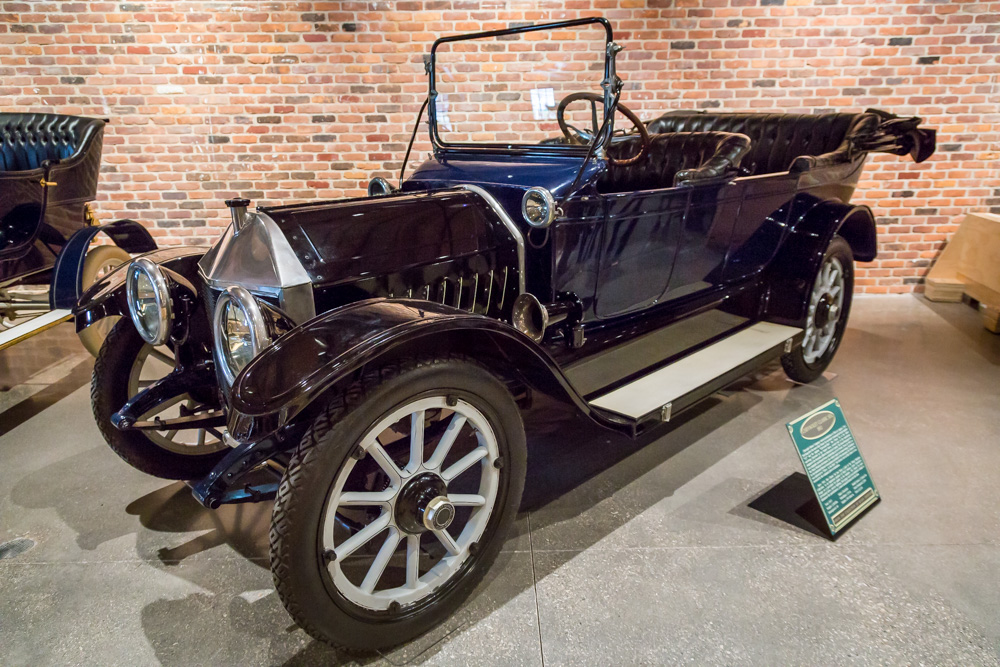 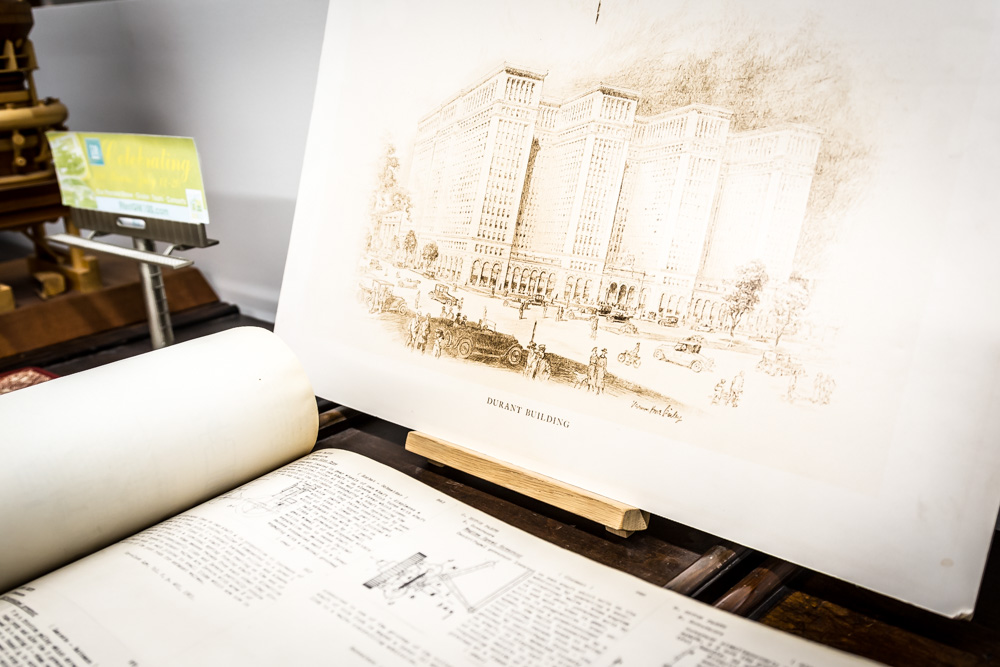 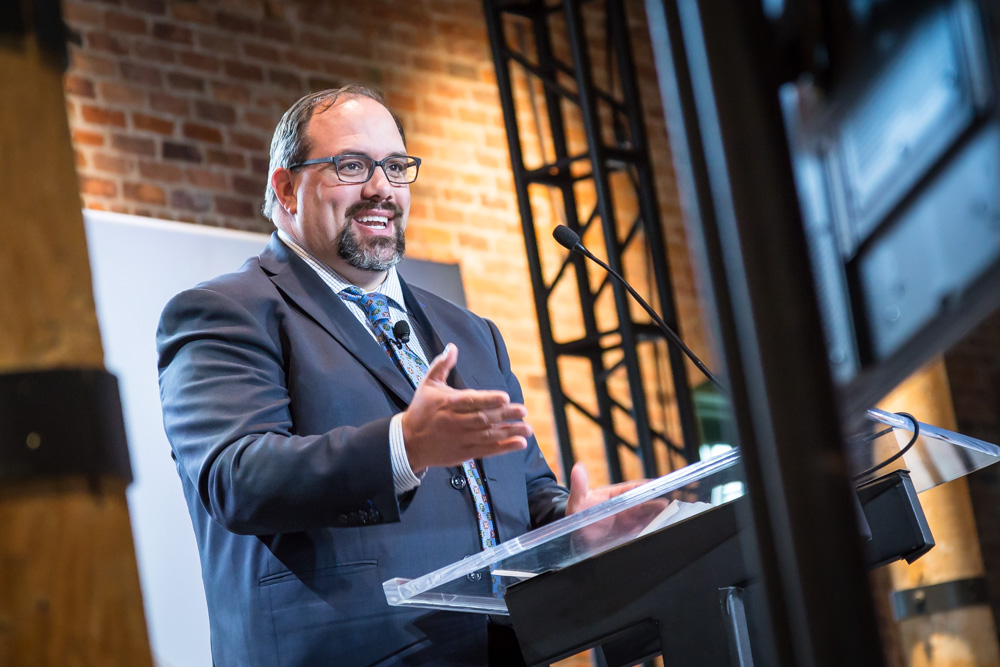 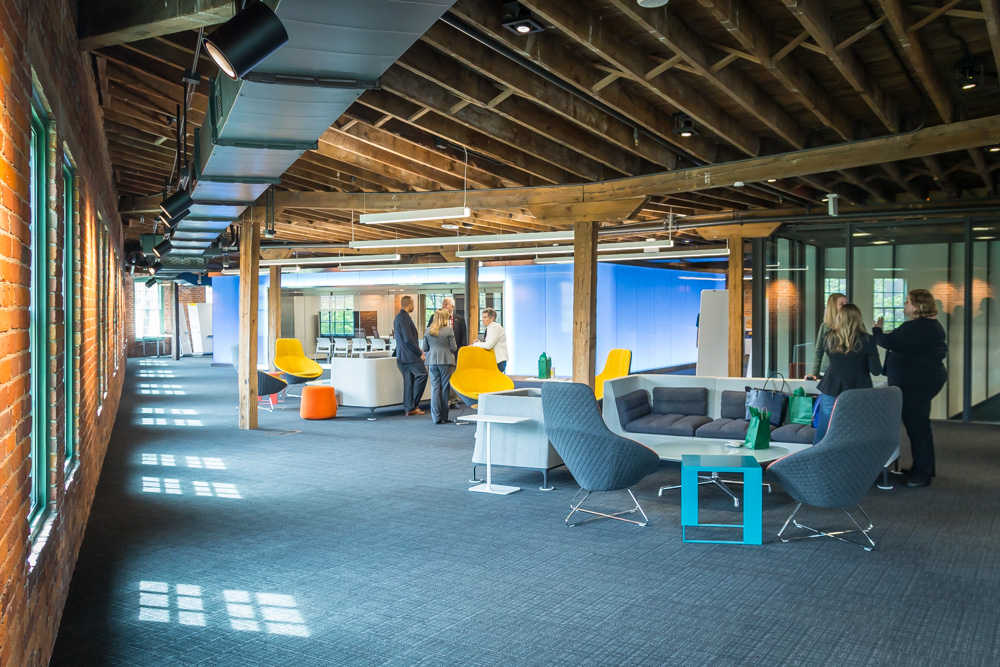 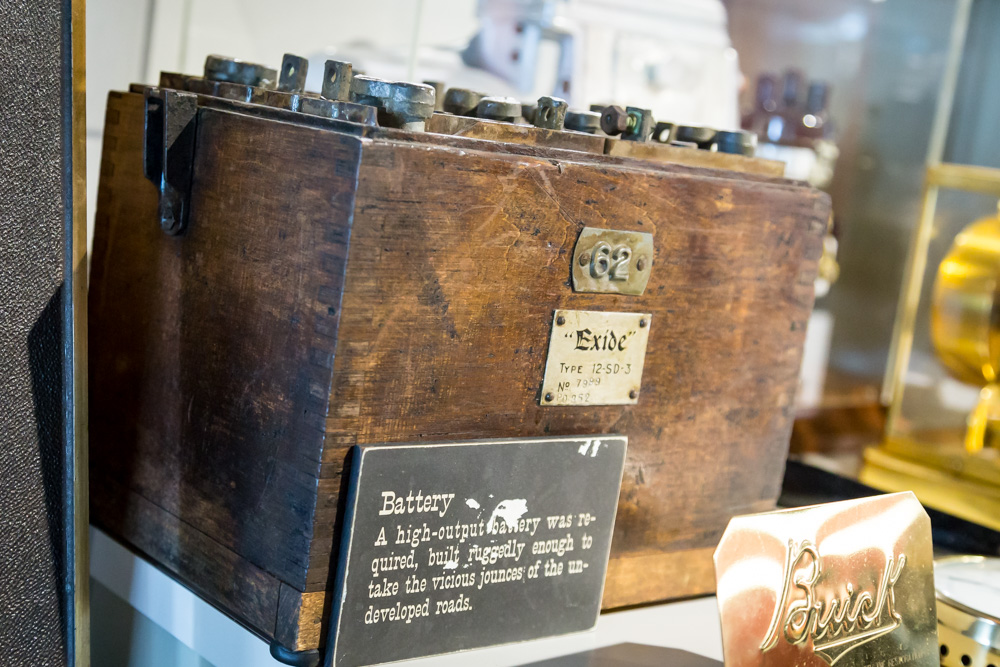 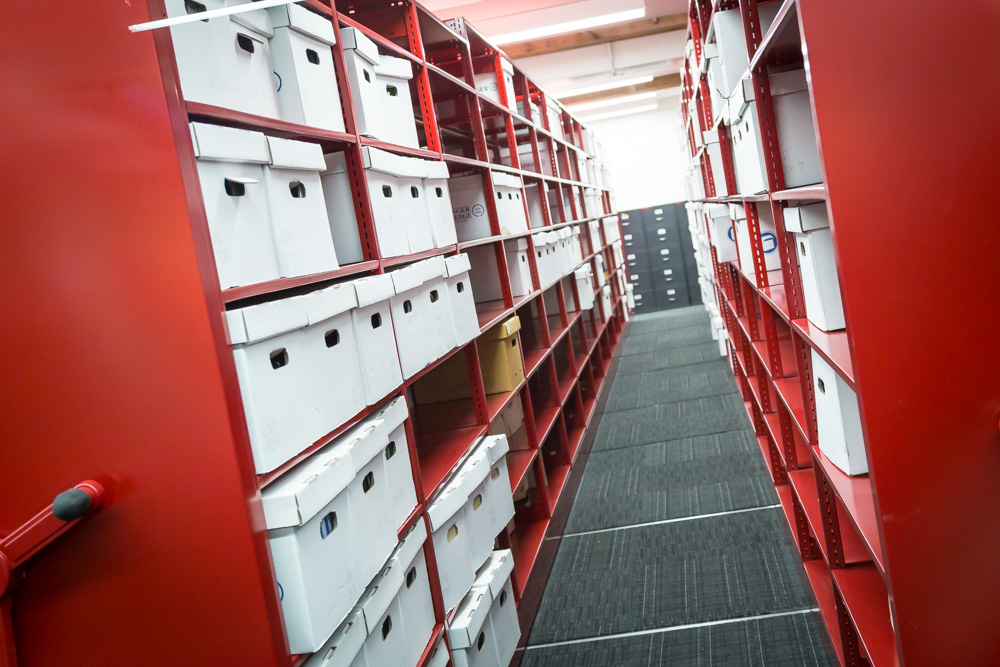 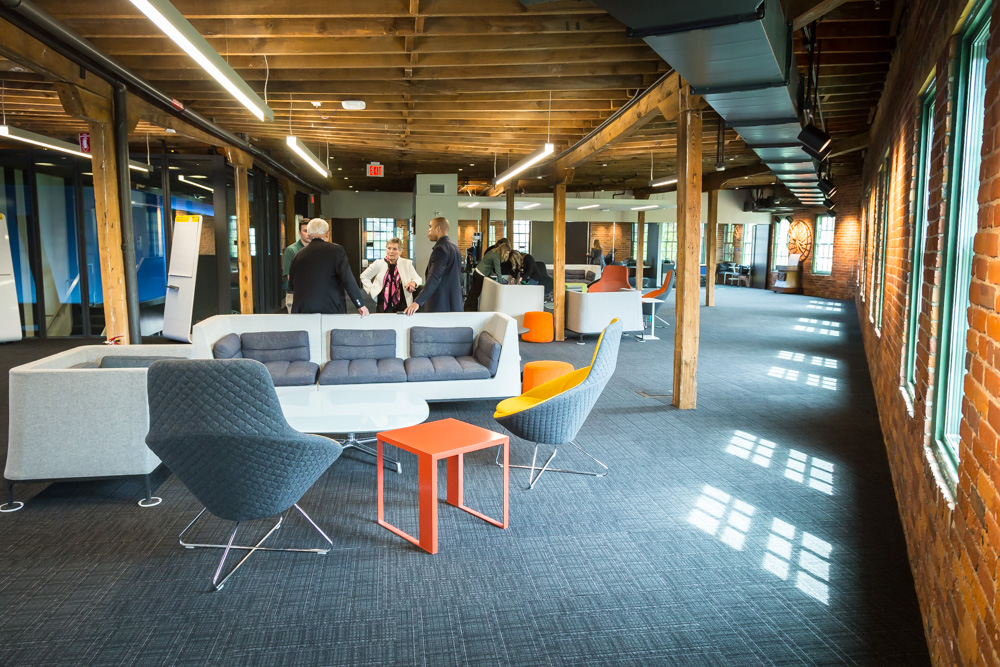 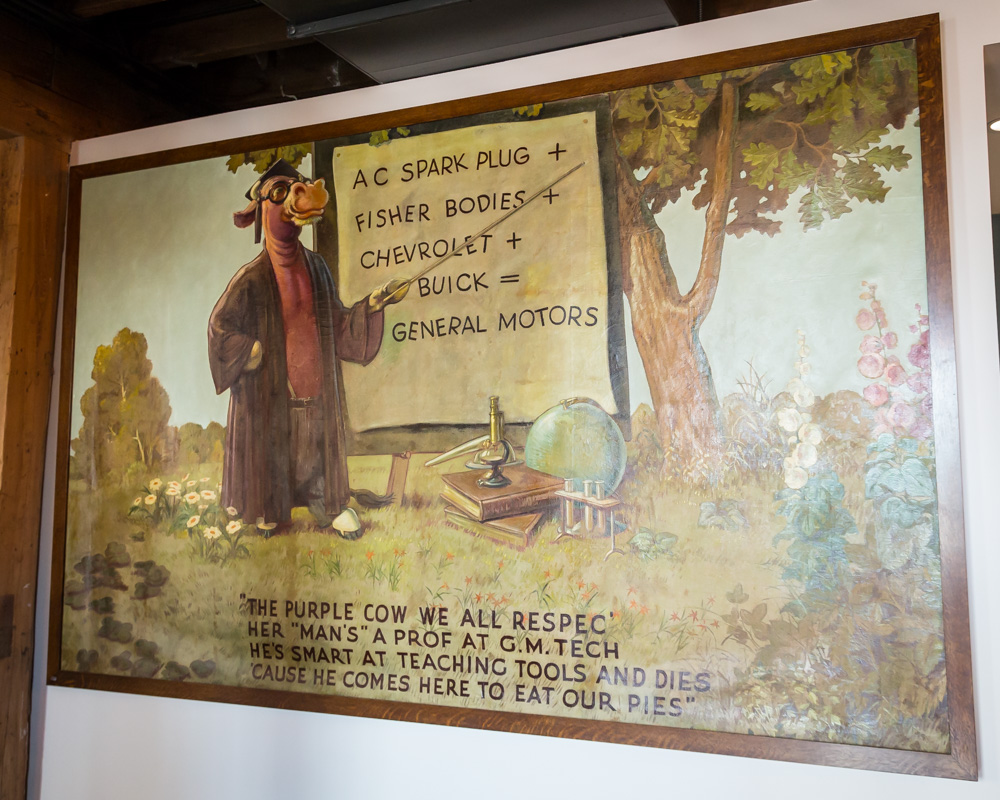 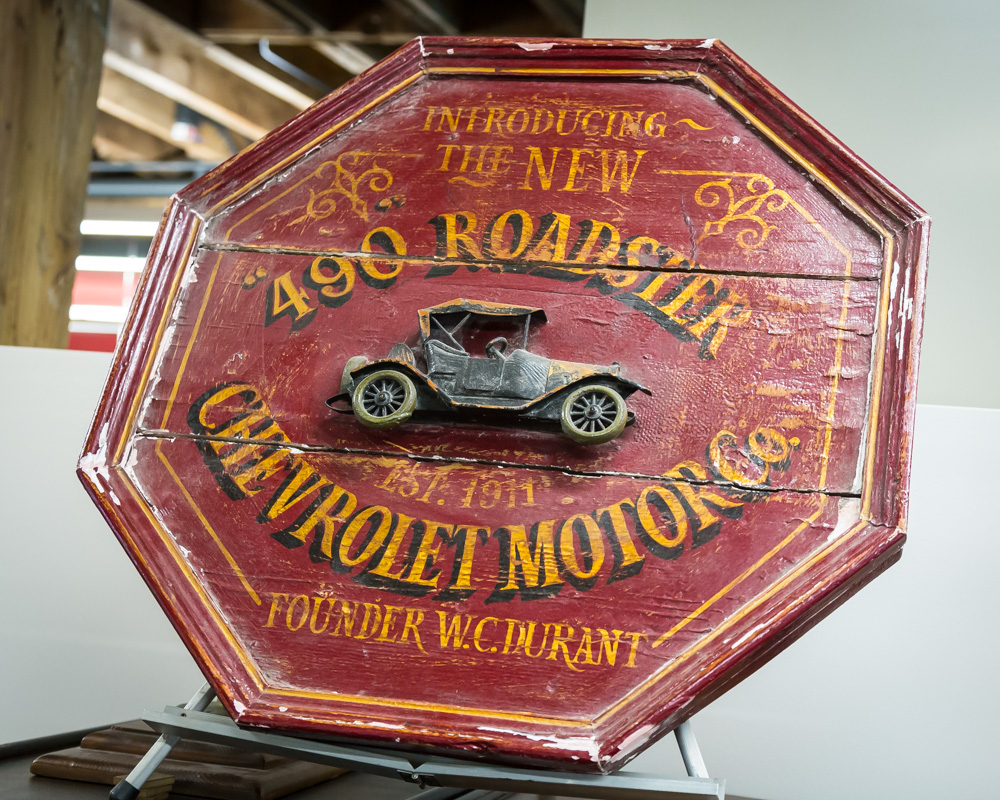 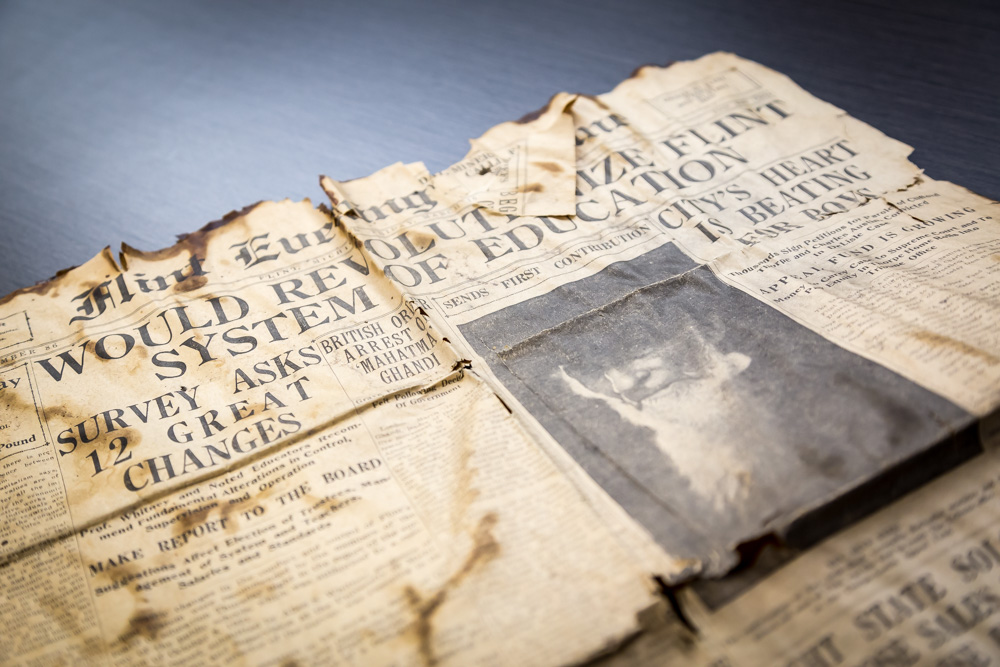 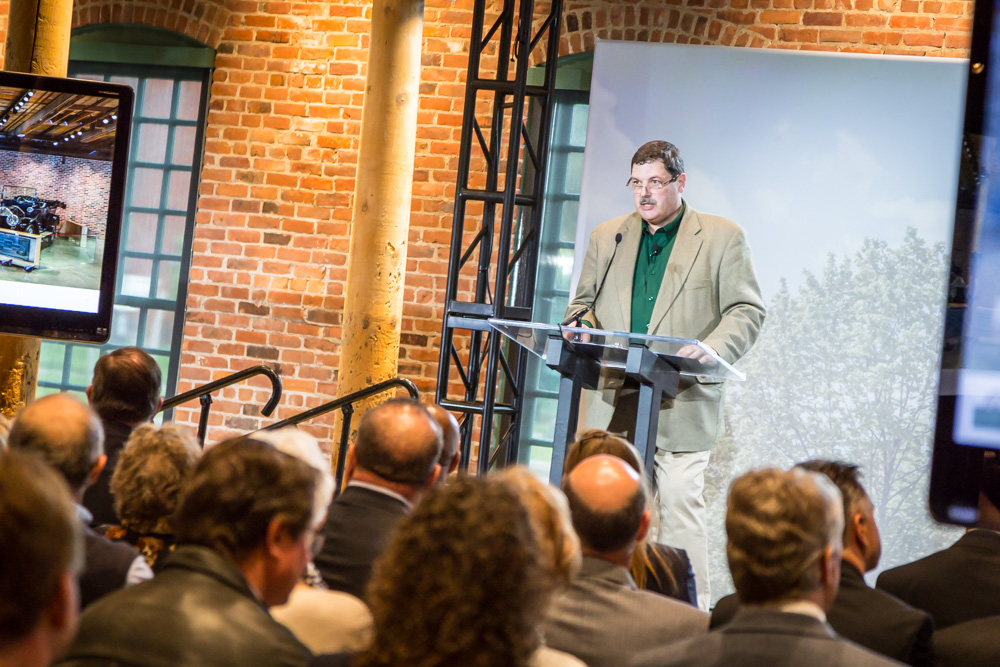 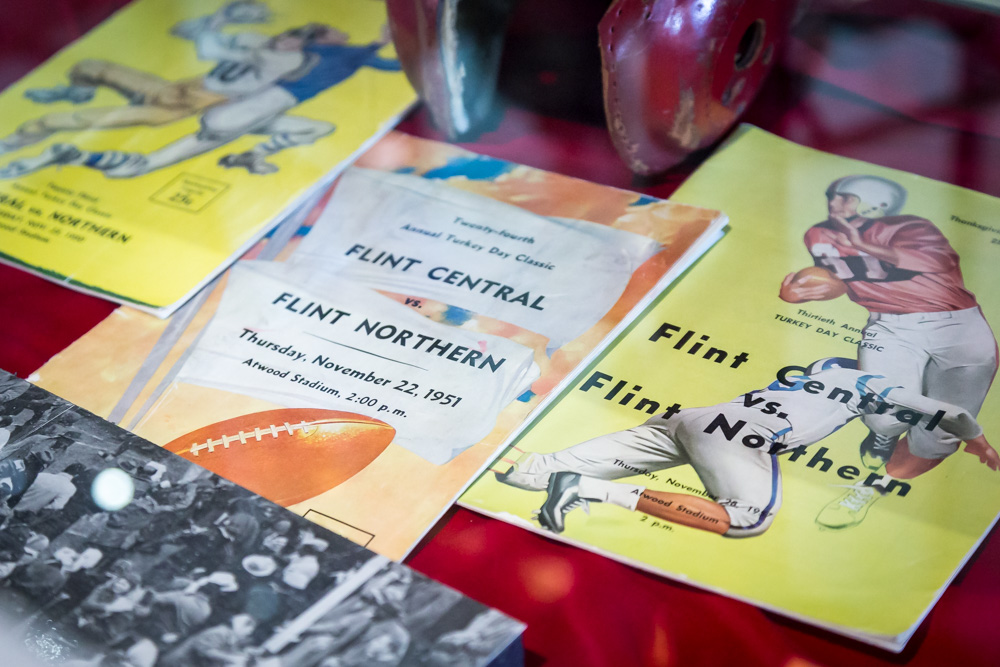 Factory One can claim to be the birthplace of General Motors and will now house its rich history. Kirbitz offered evidence through a historical artifact. In a 1923 dealer newsletter, W.C. Durant acknowledged Factory One with a caption over a photo of the building that read, “Big oaks from little acorns grow. This is the factory where W.C. Durant began his manufacturing enterprises.” While GM was never technically producing in Factory One, it is where Durant and J. Dallas Dort formed the Flint Road Cart Company. “They developed a business model that would propel the business world,” Kirbitz said. To appeal to different demographics, Flint Road Cart expanded to produce other vehicles in different local factories. The company eventually became the largest auto manufacturer in Flint and then, the largest in the nation.

Reuss recounted that when Kettering University President, Dr. Robert McMahan, offered to move the school’s archive to Factory One, the true vision for the building was solidified. The archive offers the community over a century of automotive history in a location where much of that history actually began. “Kettering’s archive is filled with incredibly rich, rare pieces,” McMahan stated. Founded in 1974, it houses over 100,000 items including documents, photos and artifacts from the carriage years and early auto industry. It will operate under the direction of Kettering’s archivist, Dr. Greg Miller, who McMahan describes as a nationally recognized historian and archivist with deep ties to Flint and the auto industry.

Factory One is focused not only on preserving history, but also on the future of students and the Flint community. According to Reuss, the archive creates a location in Flint where members of the community can access this wealth of information. “They know that they will be reliant on the next generation of innovators to push the industry forward, and they want to support those students,” Reuss said. The building and archive will be accessible to anyone in the community and to scholars around the world.

Factory One also is a workspace for GM employees with conference rooms and offices on the second floor, and a large meeting room that can host up to 300 guests for events. Kirbitz hinted that they already have a program planned for August during Back to the Bricks.

“Factory One is once again an asset to this community, and will be for generations to come.”
– Kevin Kirbitz

For information or reservations to use the archives or rent conference space, call 810.777.5101 or visit www.gmfactoryone.com.