The Mott Community College Campus has a guardian. Standing in front of Mott’s Ballenger Fieldhouse, a 600-pound, six-foot tall bronze bear statue keeps constant vigil over the campus and its students.

Dubbed “Bearmadillo” due to the bear’s fur that resembles the scaled look of the armadillo, the statue is the product of a three-year Mott Art Department project.

The work began in 2005 as a project of the sculpture students of instructor Cate Smith. Soon, it began to take on a life of its own as more students and instructors took part. In step one, students made small clay models of the bear in a variety of poses. A pose was chosen and, after procuring funding for materials, work on the full sculpture began. 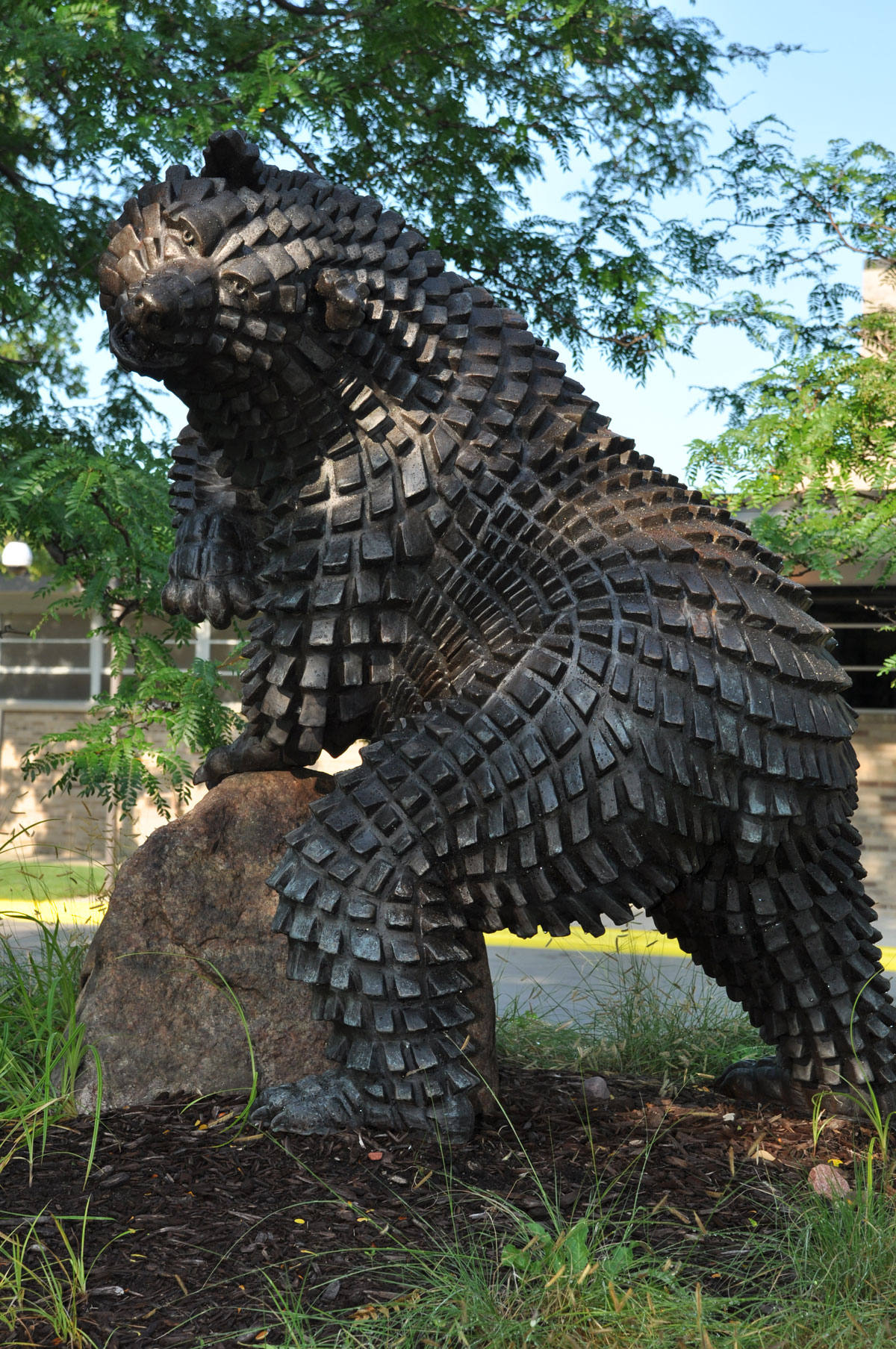 The original Bearmadillo was molded out of oil-based clay, covered in shellac and then, a thin layer of rubber was applied as the last step before casting. The completed mold was then sent to Pappas Art Foundry in Ypsilanti where the final product was cast in bronze. The statue was unveiled in September 2008.

The Bearmadillo’s creation involved the help of over 20 individuals and almost came to a catastrophic end when the entire statue collapsed in the middle of molding. The artists persevered and now, Bearmadillo stands resolute as the MCC mascot.