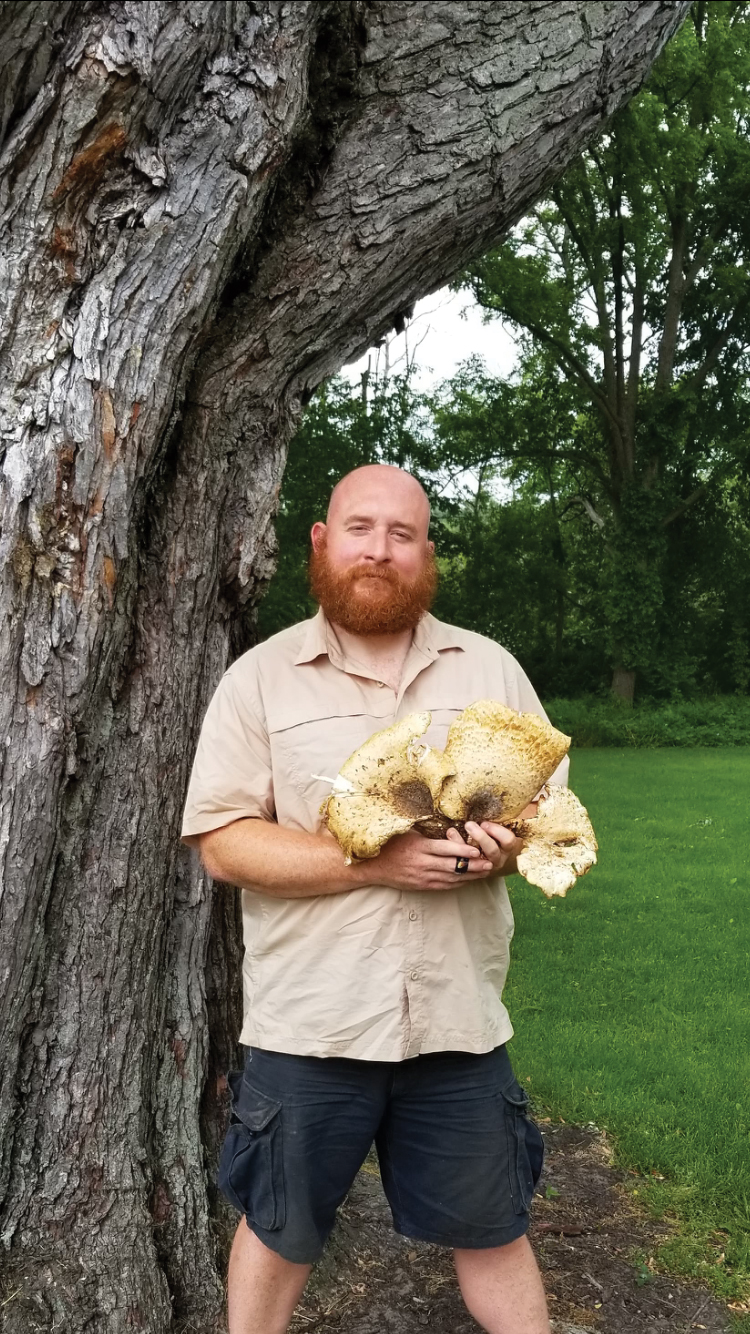 The morel mushroom season may be over in mid-Michigan, according to Patrick Scanlon, Urban Agriculture Coordinator for the Genesee Conservation District, but “fungi lovers” can hunt for plenty of other varieties. “I have a profound respect for fungi,” says the Flushing native, who studied the subject during his last semester at University of Michigan-Flint where he graduated with a degree in wildlife biology.
A nature lover, Scanlon enjoys hunting for mushrooms. And while not part of a group, he and his fellow “nature nerds” are always on the lookout for a variety of fungi. “I wonder what they are and I take a lot of pictures,” he says.
Morels are considered one of the most desired wild mushrooms varieties in the world. When hunting for the acclaimed morel, Scanlon has actually found them growing in his own backyard. They like to grow around certain trees, including ash, oak and elm trees, he notes. “Fungi need a moist environment to grow,” he explains. Morels are also known to flourish in burn sites and logging areas.
Scanlon has also spotted morels and other mushrooms while hiking around Genesee County. “Nobody ever gives up their morel spots or tells you where they are,” he laughs. “I’ve heard stories about people bequeathing morel spots in their last wills. That’s just hearsay, but I wouldn’t be surprised if it’s true.” 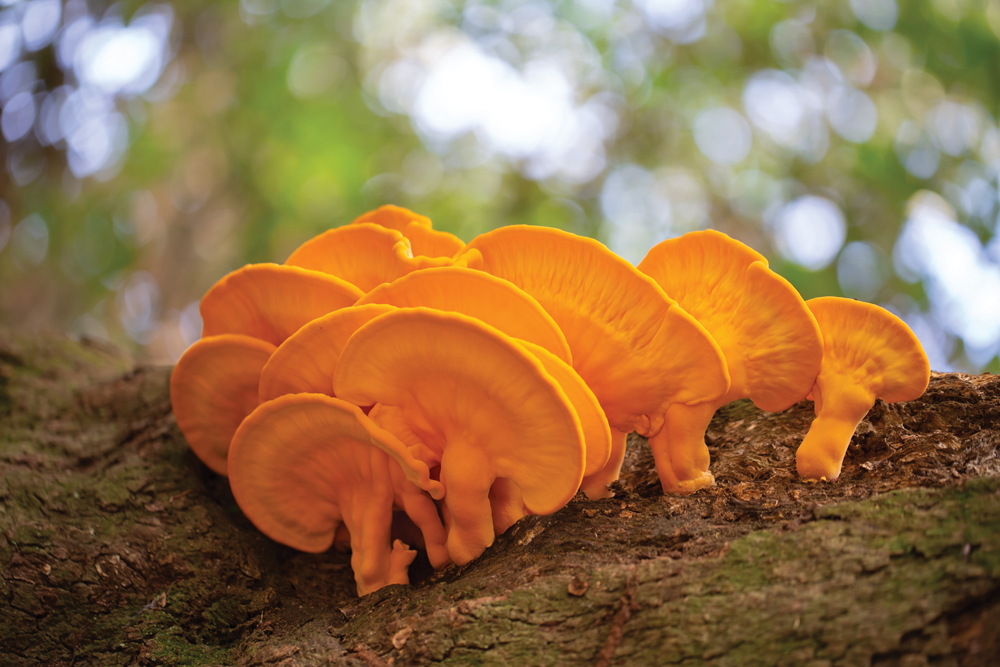 According to Scanlon, it’s not only fun to hunt for mushrooms, they’re also fun to cook and even more enjoyable to eat. The last time he found some of the treasured morels, he stuffed them with cream cheese, shredded cheddar and jalapeno peppers. “I broiled them in the oven and they were amazing!” he exclaims.
One of Scanlon’s college professors told him, “There are old mushroom hunters and there are bold mushroom hunters. But you won’t find an old AND bold mushroom hunter.” Why? “Some mushrooms can be hard to identify and some can be dangerous to eat,” Scanlon explains. There are “true” morels and “false” morels which are regarded as toxic. “A good rule of thumb is ‘do not experiment,’” he advises. He suggests slicing the mushroom in half – true morels are hollow with no material inside and false morels will have a substance that looks similar to cotton. “You have to be smart about it,” he adds. 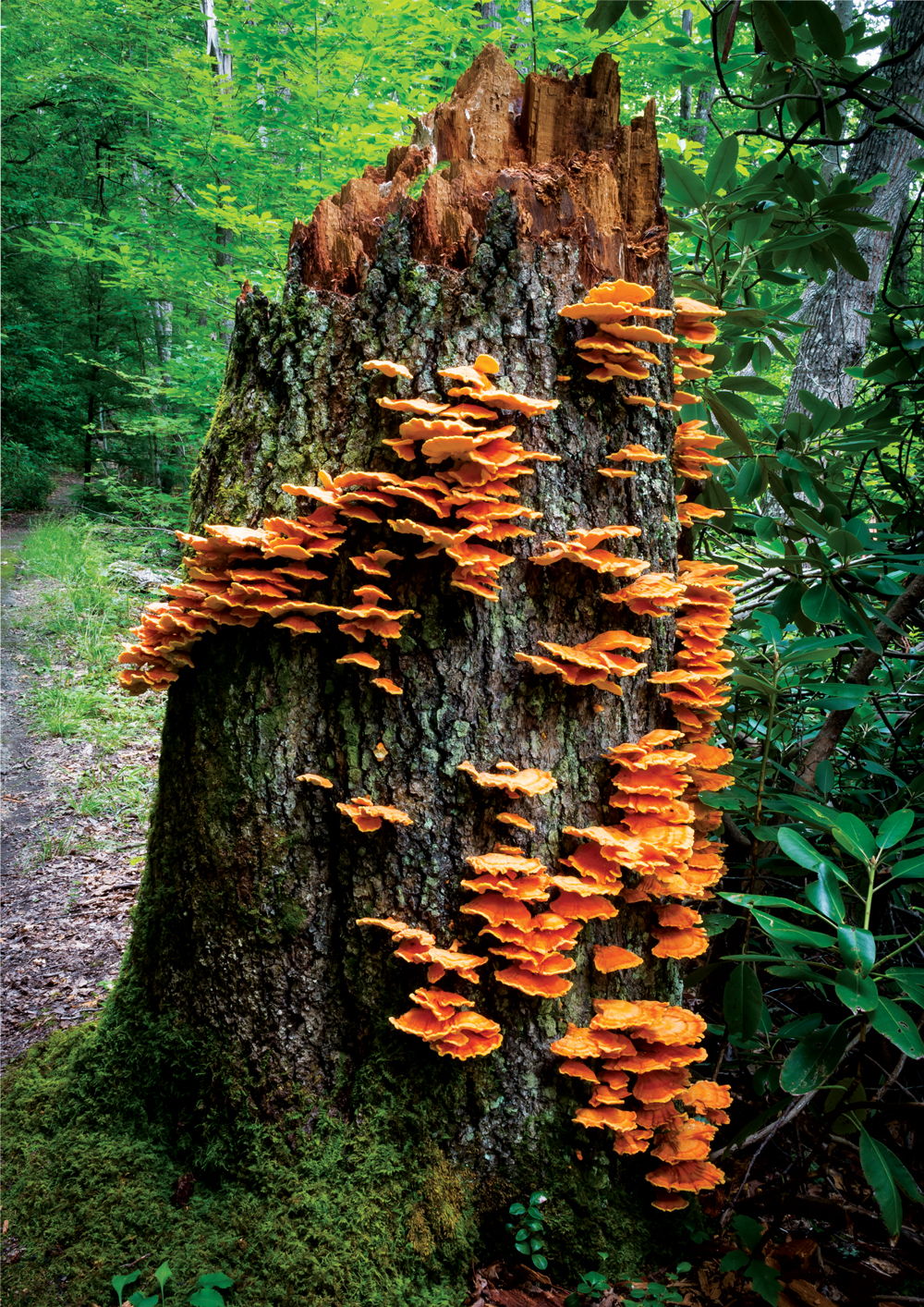 One mushroom that is easily identified is Lion’s Mane, which Scanlon describes as looking like a big, white Koosh® ball. “It’s one of my favorites and grows on a tree in my backyard.” Studies have shown that consuming the mushroom is known to help protect against dementia, reduce mild symptoms of anxiety and depression and help repair nerve damage. 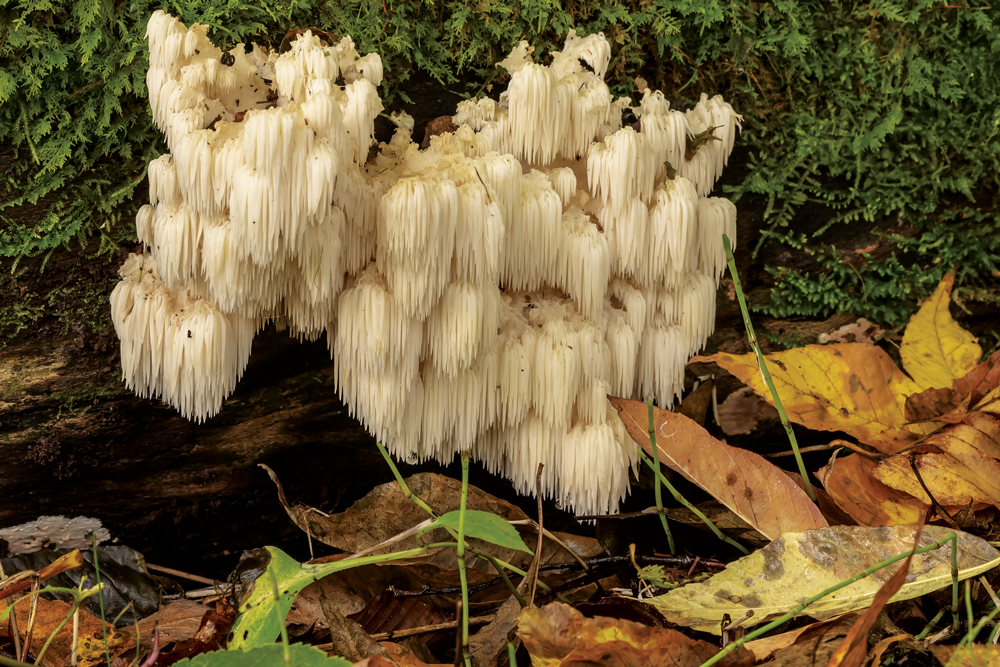 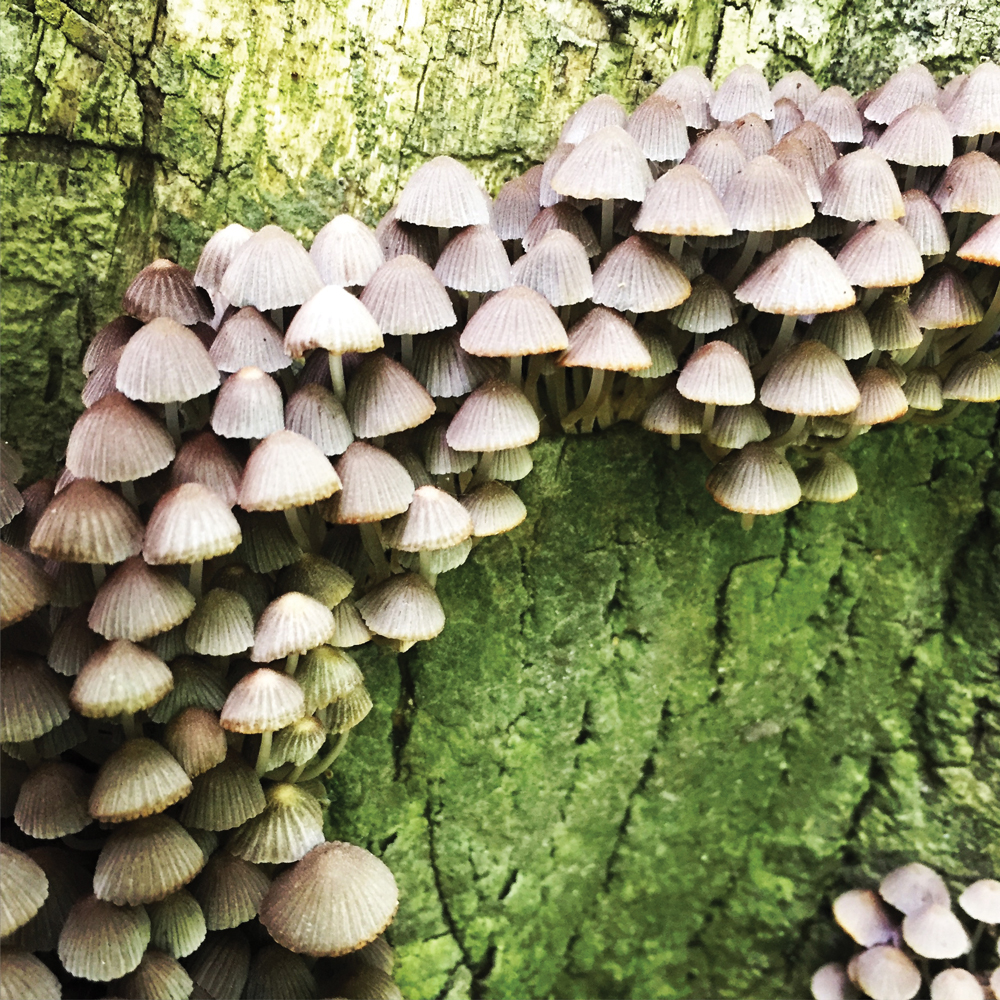 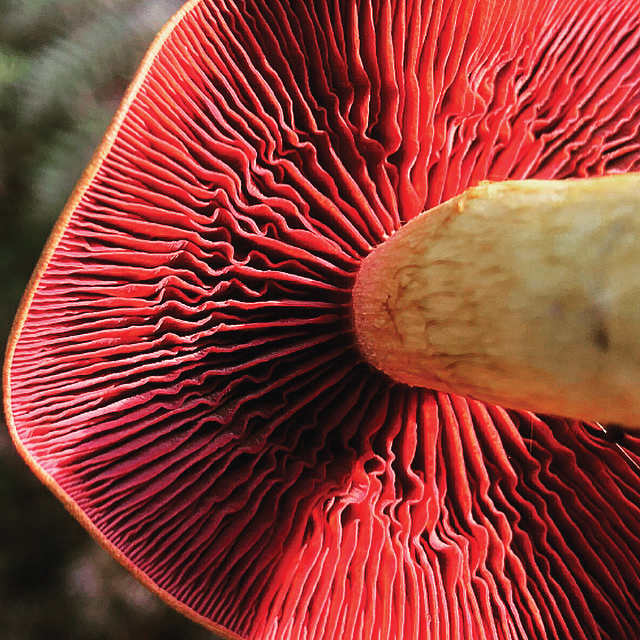 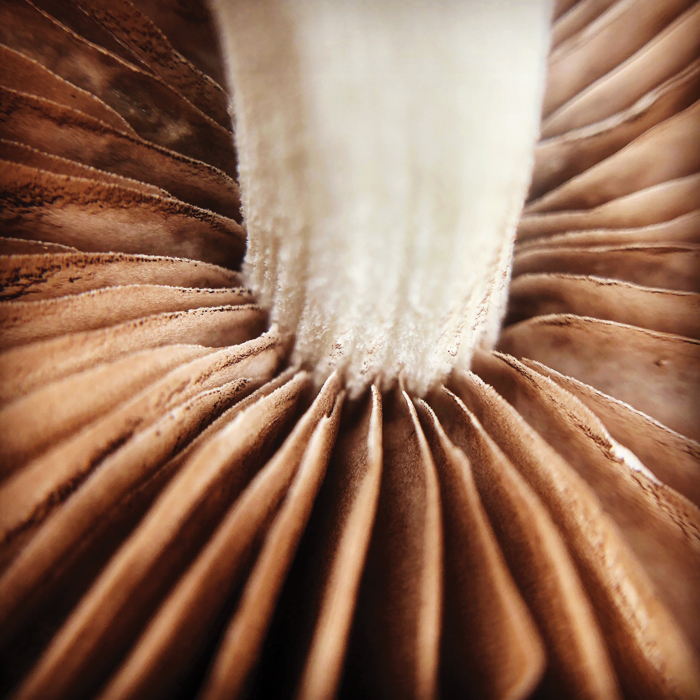 Another fungi variety Scanlon enjoys searching for is Chicken of the Woods, which is bright orange and easily recognizable. “But I haven’t found any this year,” he reports. They are commonly known as Chicken Fungus, because it tastes like chicken. He also likes Pheasant Back mushrooms, which grow in trees. “When I was growing up in Flushing, I would climb an old box elder tree in my backyard to pick them,” he recalls. “I like to slice them thin and sauté them with butter and garlic. They have a mild flavor and texture. “ 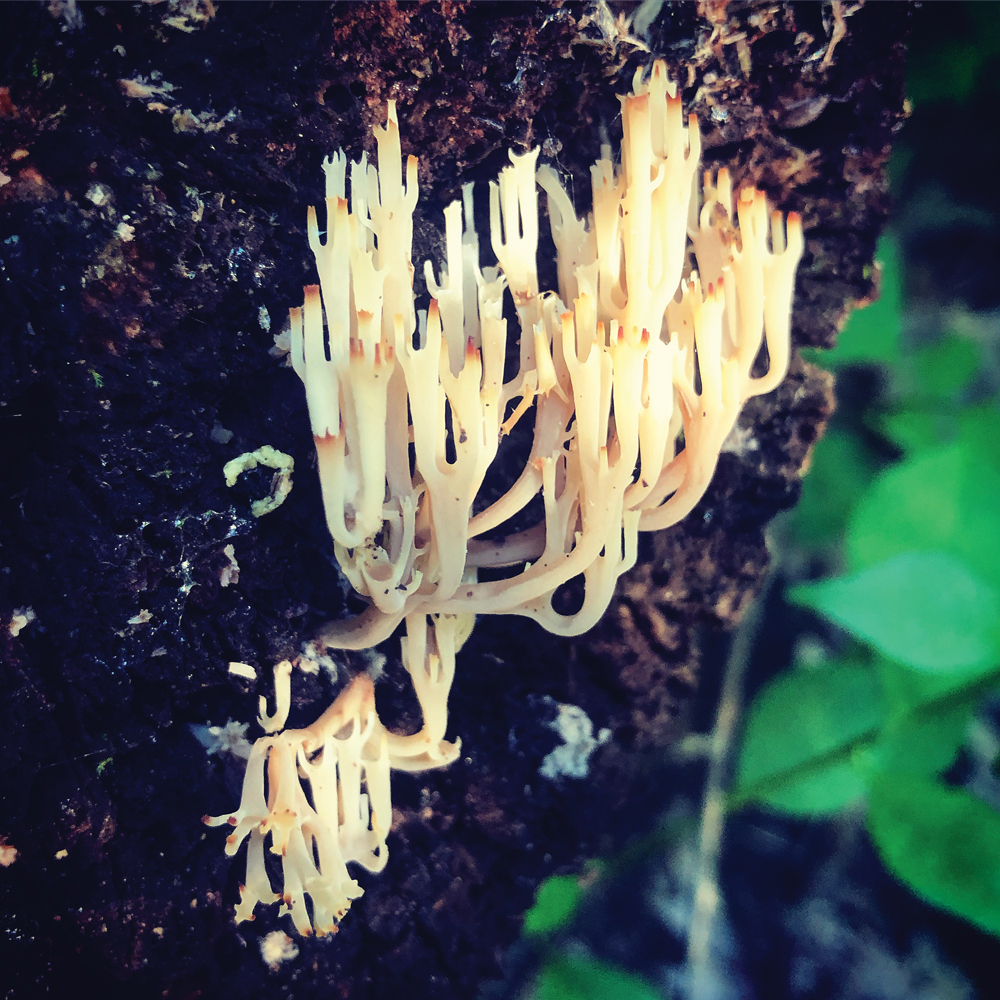 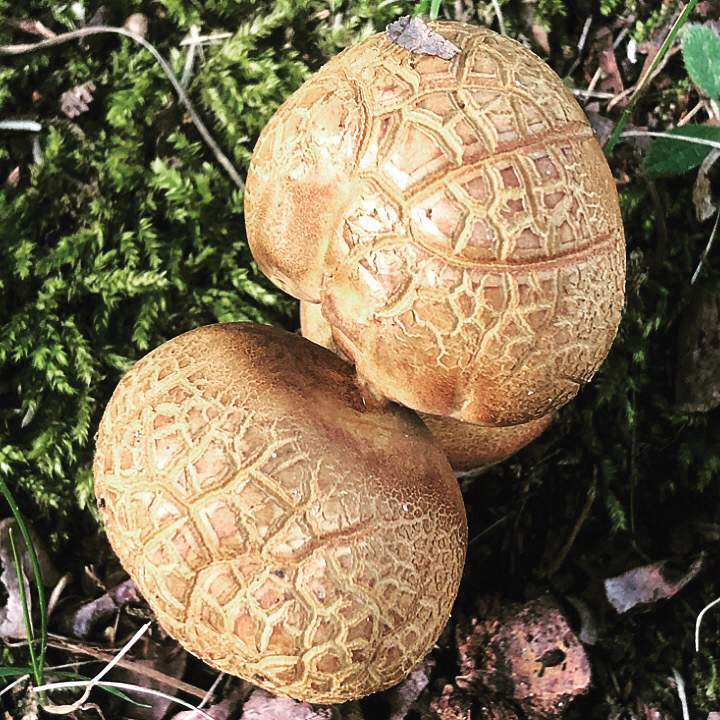 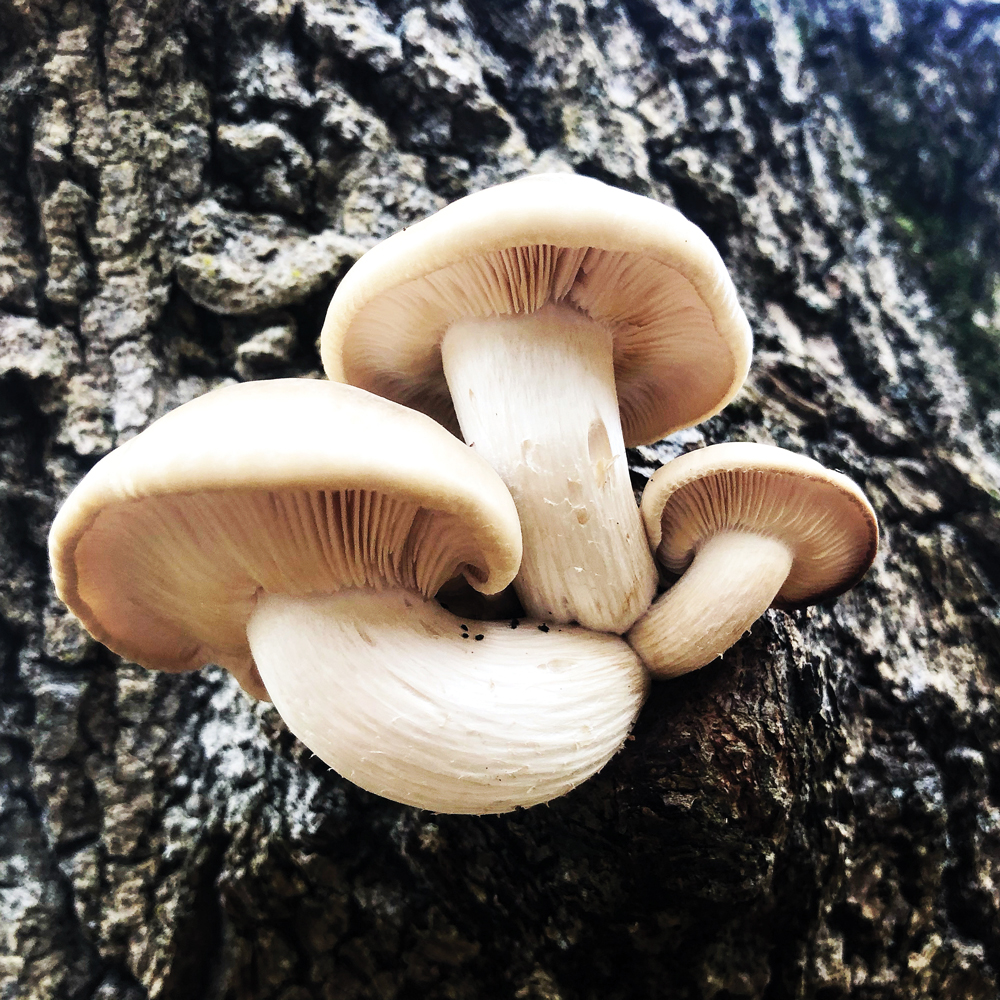 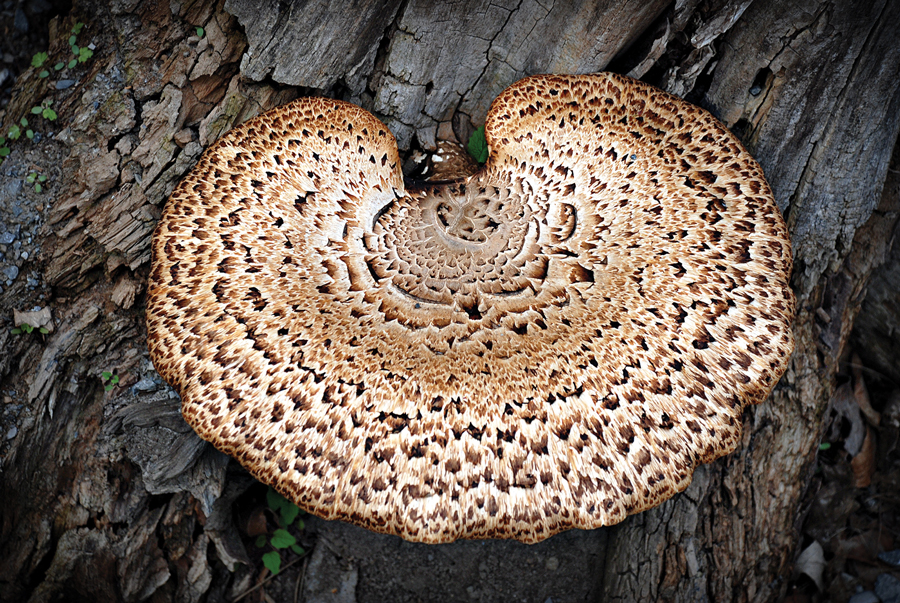 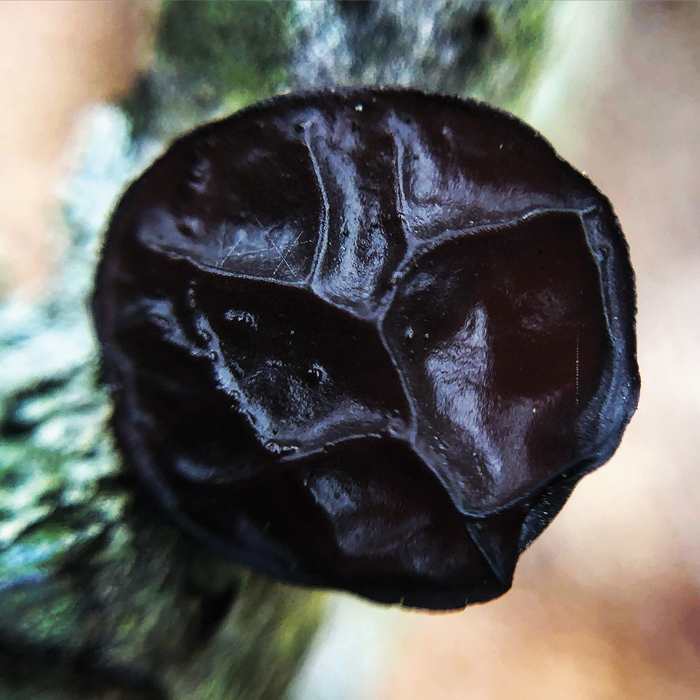 Scanlon loves everything about nature and he combines his love of hiking with his love of fungi. He can be found hiking the paths at For-Mar Nature Preserve & Arboretum and has been trekking the trails there with his dad since he was three years old. He enjoys the trails at Stepping Stone Falls and the Hogbacks hiking area in Genesee and Lapeer Counties, as well as the trail at Flushing Park, which he reports is now one of Genesee County’s most widely used trails. Scanlon has served on Flushing’s Parks & Recreation Committee.
During his hikes, Scanlon is always on the lookout for mushrooms and creatures such as salamanders and bugs. He is fascinated by freshwater fairy shrimp, considered the “morel” of the small crustacean world. “I look for anything that I can find,” he laughs. “It’s the whole experience. I can never get enough of nature!”
Photos provided by Patrick Scanlon
Share. Twitter Facebook Google+ Pinterest LinkedIn Tumblr Email
Previous ArticleThe Germ Zapper! Hurley Using Xenex LightStrike™ Robots
Next Article INflation or DEflation?