Ever since he was a little boy, Larry Atkins felt a deep connection with nature. The Michigan native spent a lot of time outdoors collecting rocks, fossils and interesting pieces of wood. Then, he read about meteorites and was filled with wonder. “It was a defining moment,” he remembers. “I knew then that I was going to search the world to find them.” And, that is exactly what he did.

Atkins is the owner of Cosmic Connections, a gift shop in Goodrich, and when customers walk in and see his treasures, the only thing they can say is, “Wow.” The contents of the shop are the culmination of a lot of work, time and trips all over the country in search of meteorites. 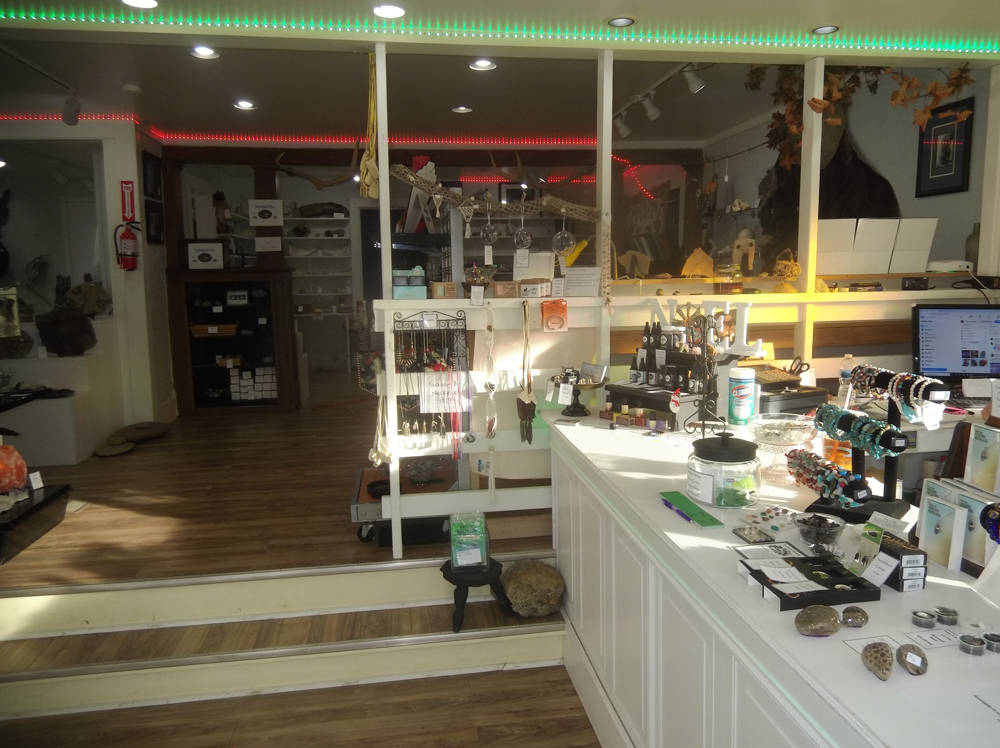 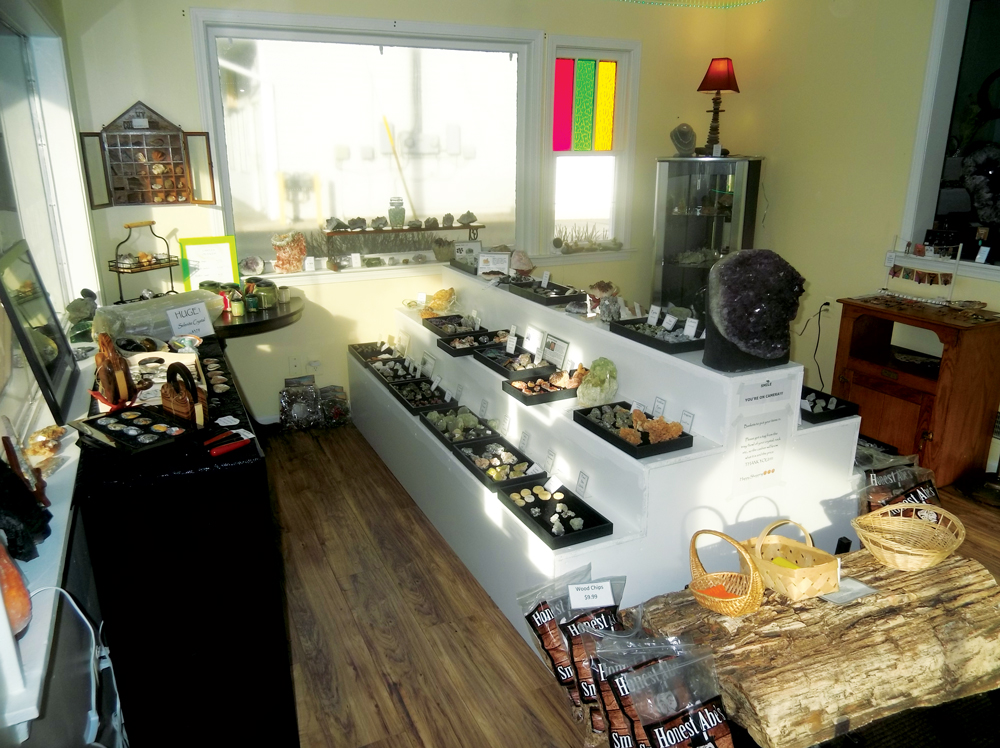 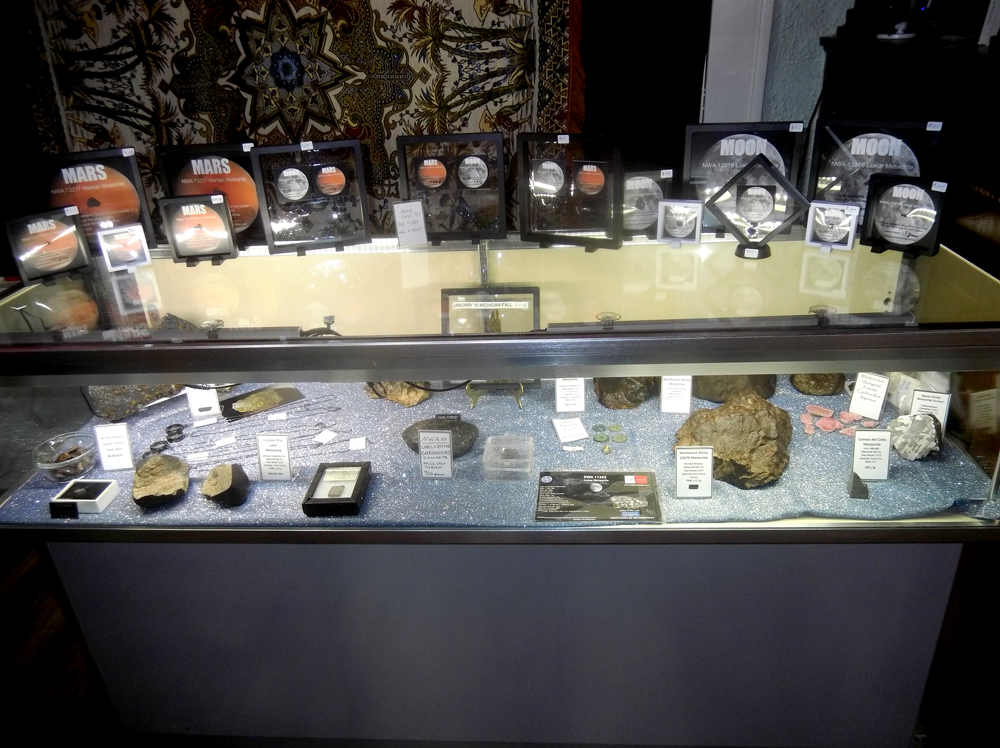 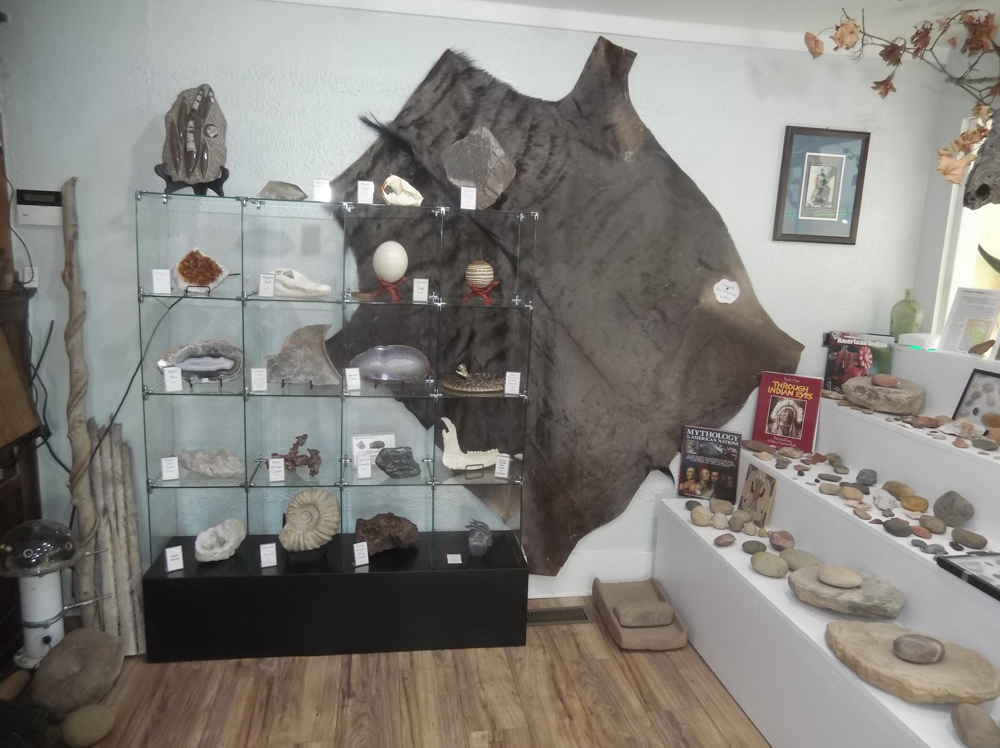 Atkins, who served his country in the U.S. Navy from 1983-1987, bounced around for a few years, trying to figure out a way to realize his dream of searching for meteorites. He started a seasonal poison ivy control business and that has allowed him the funding and time to follow his dream. He has searched for and found meteorites in various locations, including Florida, Wisconsin, Arizona, California, New Mexico and Michigan. “I have found a lot of them,” he says. “I connect with other meteorite dealers in the world. I have a network of friends who buy, sell and trade them with me.”

In January 2018, Atkins was searching for meteorites in Arizona when he received a telephone call from his sister in Michigan. A huge fireball, which could be seen from six different states, had landed nearby that was so big, it shook her house. Atkins immediately returned home. “The meteorite landed on a frozen lake in Hamburg!” he exclaims. A press statement was released that same week, he remembers, and that’s when things got crazy. “Hundreds of people came out to the lake in search of meteorites and about 30-40 stones were found,” Atkins reports. “Our team found six, and I found two of them.” 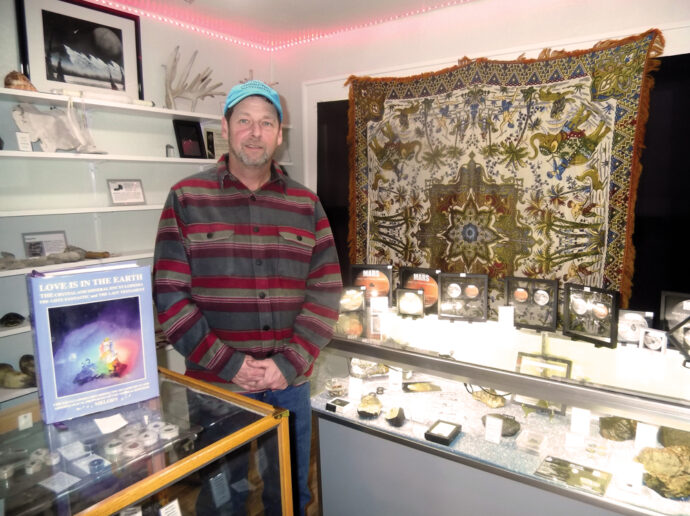 According to Atkins, meteorites are really hard to find in Michigan because they usually get buried. The best place to find them is in the desert. He uses a metal detector while looking for them. One of his best finds, which he describes as “the find of a lifetime” is the Holbrook meteorite, which is on display in Washington, D.C. It is a large stone that he found in Holbrook, AZ. Sloan Museum also has a portion of his collection on display.

At Cosmic Connections, you will find “the coolest things in nature from all over the world” – dinosaur bones, crystals, minerals, fossils, rocks, gems, Indian artifacts and, of course, meteorites. “We even have pieces of the Moon and Mars, and the papers to prove it!” Atkins exclaims.

To read more about Atkin’s cosmic journey, visit cosmicconnectionsmeteorites.com. Merchandise can also be purchased online. The Goodrich shop will remain open through the end of January. Then, Atkins will be out doing what he loves most – engaging in another cosmic journey.