Student at Central Michigan University (CMU), 19-year-old Flint native Lydia Taylor has been named one of the top finalists in the seventh annual Breakthrough Junior Challenge, a global competition for students that was designed to inspire creative thinking about science.

The daughter of Steven and Sharon Taylor, she has three older siblings: Andrew, Austin and Katelynn. She is a 2021 graduate of Mott Middle College High School and Mott Community College, and is currently studying English and geology at CMU. “I decided to further my education at CMU because I heard great things from my high school teachers and college professors at Mott about CMU’s writing program,” she says. “Additionally, I have a personal goal of graduating college without taking out student loans, and CMU offered me a 50 percent-off tuition scholarship for my undergraduate degree.” 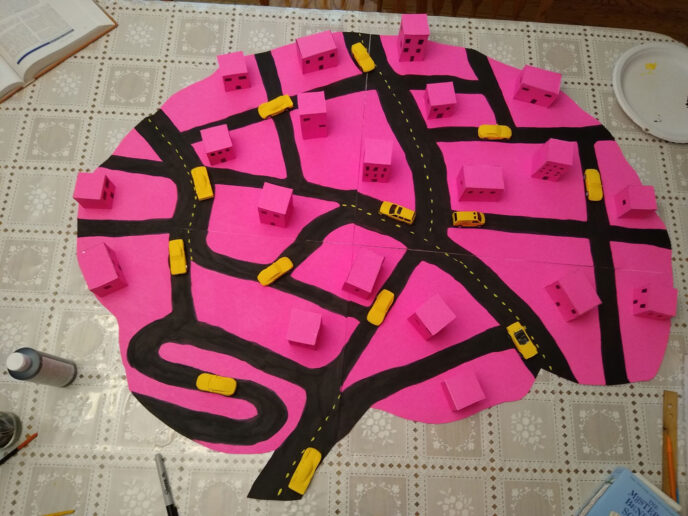 “My hope was that by explaining a tiny bit of what is going on inside a brain with dementia, I could show that it is a disease and not just age-related oddness.”

The Breakthrough Junior Challenge is a competition in which young people ages 13-18 from around the world create a three-minute video explaining a complicated scientific concept or theory. The winner receives a $250,000 scholarship and their high school will receive a new $100,000 science lab.

Taylor said she initially heard about the contest in a 2019 email from Khan Academy in California. “By the time I heard about it, I would have had less than two weeks to get my video done,” she shares. “I didn’t enter that year, but decided I would do it in 2020.” That year, she was named a finalist with her video explaining a concept in particle physics. “Since I did well last year, I figured why not give it one last shot before I age out of the contest?”

Taylor chose the concept of dementia for the contest because her grandmother has Lewy Body Dementia, a degenerative condition similar to Alzheimer’s disease.. “It’s been heartbreaking to watch her live through it,” Taylor admits. “Throughout most of high school, especially the last two years, I have helped take care of her. My grandpa has been her primary caregiver, and my family stepped in to help with her full-time care when he started to have his own major health issues.” Taylor says many people don’t think of dementia as a disease and often think it’s “crazy old people being crazy.” “Since this was my last year participating in the contest, I wanted to work on something that means a lot to me. My hope was that by explaining a tiny bit of what is going on inside a brain with dementia, I could show that it is a disease and not just age-related oddness.”

To create her video, Taylor spent about one to two weeks researching the topic, a week writing the script, and about one to two weeks on the filming/editing. “I filmed it on my cell phone and edited it using Adobe Premiere Pro,” she explains. “The most time-consuming part of making the video was the portions that had stop-motion animation. While it was fun, it took forever! It definitely gave me a new respect for professional animators.” 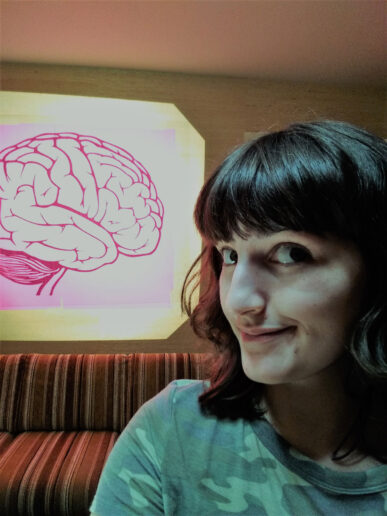 Taylor is excited about being chosen as a Breakthrough Junior Challenge finalist. “It’s pretty crazy!” she exclaims. “I felt confident that I would make it to the semifinals, but did not think I would go further. Winning this competition would open up so many opportunities for me and also relieve the stress of trying to figure out how I’m going to pay for college.”

When not studying or in class, Taylor loves to read and write. “Reading is the first thing I do when I get up,” she states, “and writing is normally the last thing I do before going to bed. I primarily write short stories, but I would love to one day publish a fiction novel.” And while writing has always been her passion, she is also very interested in science. “I never wanted to give up on either interest, so I am interested in pursuing a career in science writing/science communication.”

For now, Taylor is just waiting for the final results of the contest. The videos will go through another round of judging and the winner should be announced sometime this month. “Winning this competition would be life-changing,” the talented student admits. “It’s not every day someone wins $250,000!” She highly encourages others to participate in the video challenge. “Whether you like science, making videos or are just interested in communication, I highly recommend you give it a try. It’s a fantastic opportunity and you learn so much in the process.”