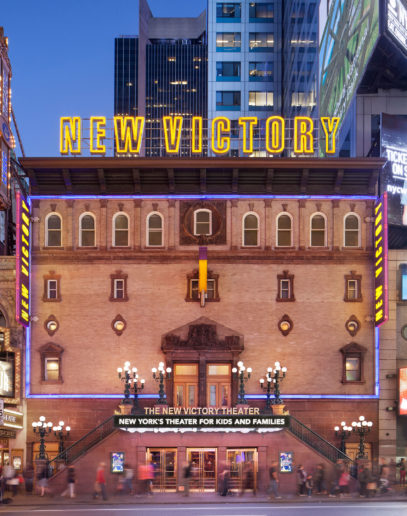 The Flint Repertory Theatre (The Rep) production of the family-friendly puppetry musical, “Riddle of the Trilobites,” is premiering off-Broadway at the New Victory Theatre – New York City’s premiere family theatre – from February 7-23. It will feature the original cast members from The Rep. Co-produced with CollaborationTown, a New York City Theatre Company, the play made its world premiere here in Flint in March 2019. It was an instant hit among audiences and critics, alike.

“To have a production from our first season as Flint Repertory Theatre move off-Broadway is a tremendous honor!” exclaimed Michael Lluberes, Flint Repertory Theatre Producing Artistic Director. “The New Victory Theatre is known in the theatre community as presenting the gold standard of children’s theatre from around the world. It’s wonderful that Flint’s work will be seen in this beautiful, historic venue in the heart of Times Square. Even more wonderful is that this brilliant, original musical will be shared with a much broader audience. It’s a great story for the theatre and a great story for Flint.” 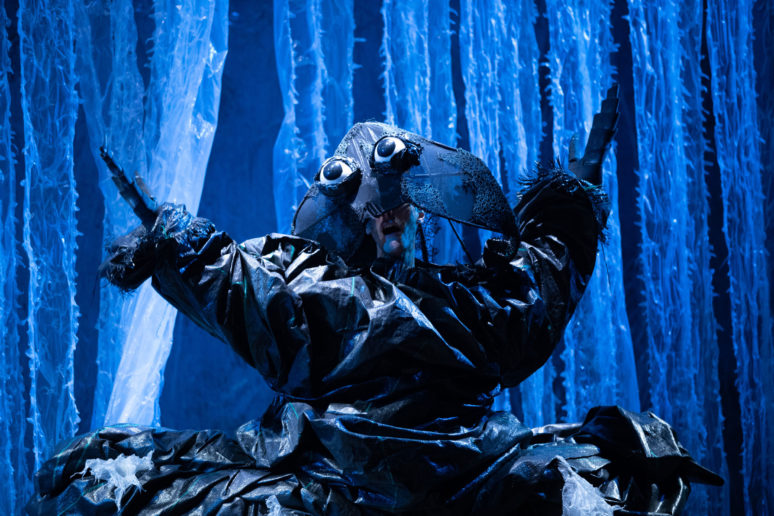 Part of the theatre’s new mission since transitioning to Flint Repertory Theatre is a focus on creating new work. The Rep, which is part of the Flint Institute of Music, is committed to commissioning, developing and producing risk-taking new plays and musicals, according to Lluberes.

“Riddle of the Trilobites” came to Lluberes from its composer, Nicholas Williams. They had worked on another musical together. 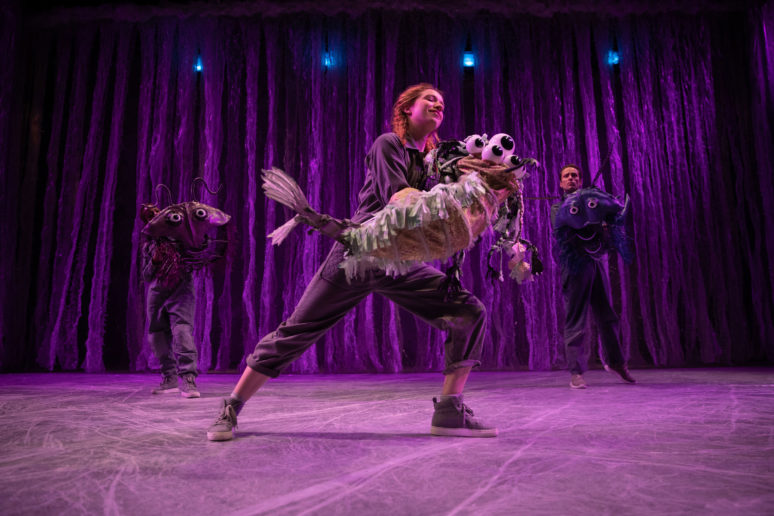 “The material blew me away. It was funny and tender, witty, weird and moving,” explained Lluberes. “It’s perfect for both kids and adults to enjoy together, like a Pixar film onstage. I was so thrilled with the idea of an original underwater adventure puppet musical for kids – I knew Flint Rep had to produce it.”

A big part of developing new work is The Rep’s New Works Festival, an annual three-day event presenting staged readings and workshops of new plays and musicals. Festival guests get a chance to experience this new work before anyone else and participate in post-show discussions with the playwrights and composers. 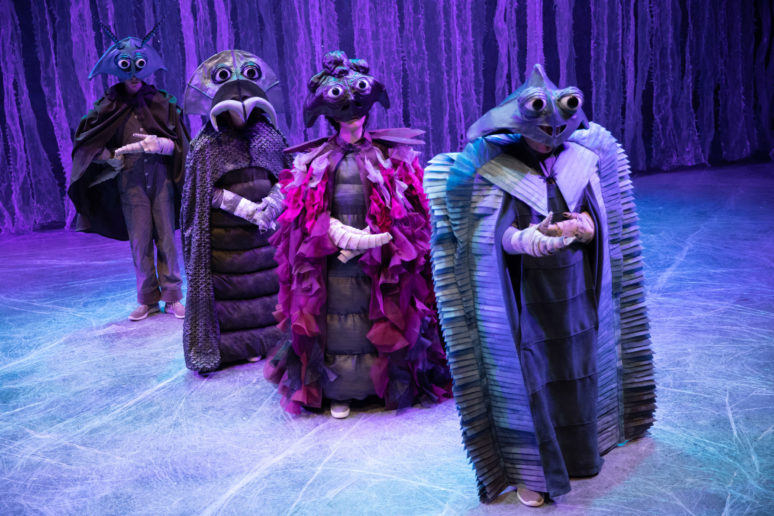 “Producers from The New Vic came to see ‘Riddle of the Trilobites’ and selected it for their 2019-20 season,” said Lluberes. “We’ve developed more than a dozen other shows through the festival. Several have gone on to be fully produced by The Rep or have life at other theatres.

“Last season, we produced the world premiere of ‘The Boatman’ by Alex Moggridge and this season, we’ll produce the world premiere of ‘The Magnificent Seven’, a new musical about the 1996 U.S. Women’s Gymnastics team. It will run May 1-10,” stated Lluberes. He hopes that The Rep can become a Midwestern hub for the creation and development of new plays and musicals. “There’s a huge, burgeoning arts and culture scene in Flint.” 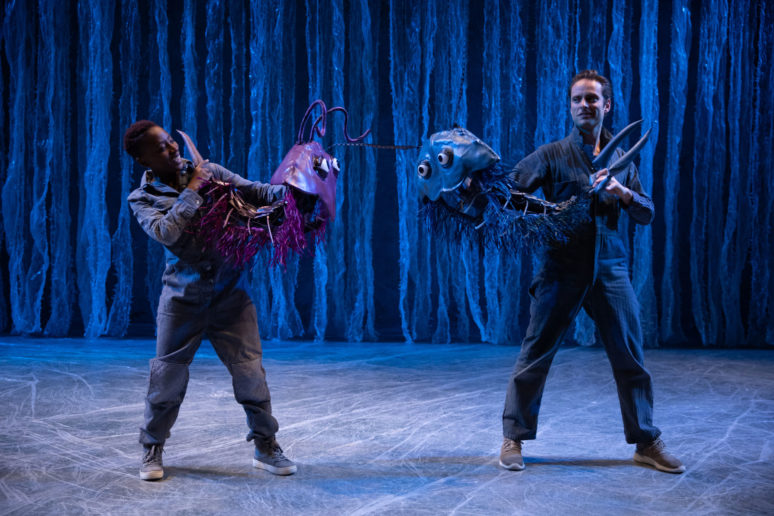 Obie Award Winner, Lee Sunday Evans, directed “Riddle of the Trilobites” in Flint and is directing it again at The New Vic. It was written by Geo Decas O’Donnell and Jordan Seavey, both from New York City. The play was generously underwritten by longtime Flint art supporters, Dr. Erick and Gloria VanDuyne.

The hopes of Lluberes and FIM of The Rep becoming a hub for new theatrical productions may be moving toward fulfillment. Encore Michigan, a web-based publication focused on Michigan’s professional theater industry, has taken note of The Rep’s work and is praising its success: “Since transitioning to Flint Repertory Theatre, the productions produced under Lluberes have been outstanding – taking singular approaches to classic shows, exploring little-known plays, creating new works and featuring stellar actors at the top of their craft.” 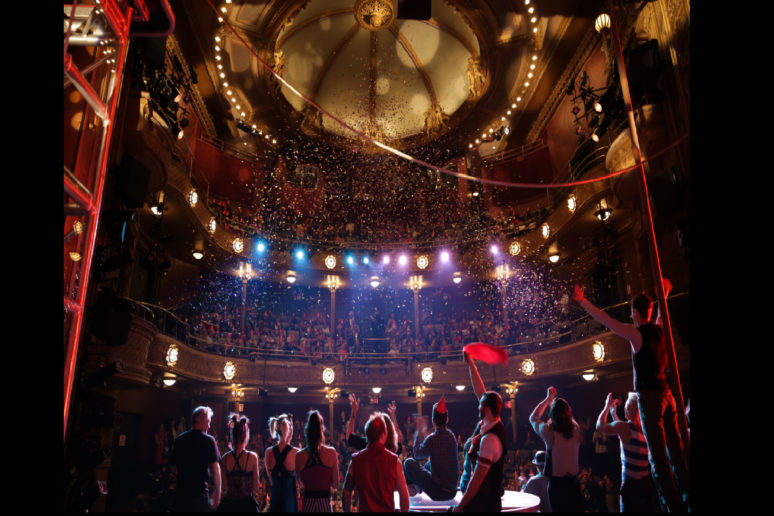