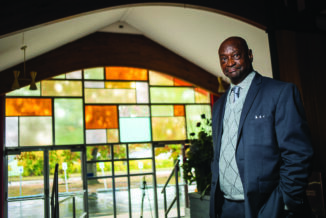 “There are so many stories to tell about our history that many people haven’t heard,” adds Winfrey, “and we have so much talent in Flint.” The theatre has excelled at showing musicals, dramas, comedies, concerts and more. “Our musicals always pack the house,” says actress and Marketing Director, Pat Scott-Hill. Since its rebirth, there was just one constant, nagging problem – the theatre never really had a home. Instead, shows were opened in a multitude of places such as New Standard Academy, Northwestern High, local churches and others. “We were at the mercy of the space we were in,” explains Winfrey. “It made it very hard to plan a season and when the pandemic started, we were homeless.”

Backed by the Genesee County Arts Education and Cultural Enrichment Millage, the theatre still had a chance to continue, but it needed a stage. Even then, Winfrey had his doubts. “Of course, I thought about possibly shutting it down,” he says, “but we were still supported by the millage. It kept us going.” The theatre was able to raise and retain funding and when a church located on Clio Road went on the market, Winfrey jumped at the chance. The New McCree Theatre, located at 4601 Clio Rd., opened to the public in September 2021.

“Theatre is for everybody. Come and see what we do.”
Charles Winfrey 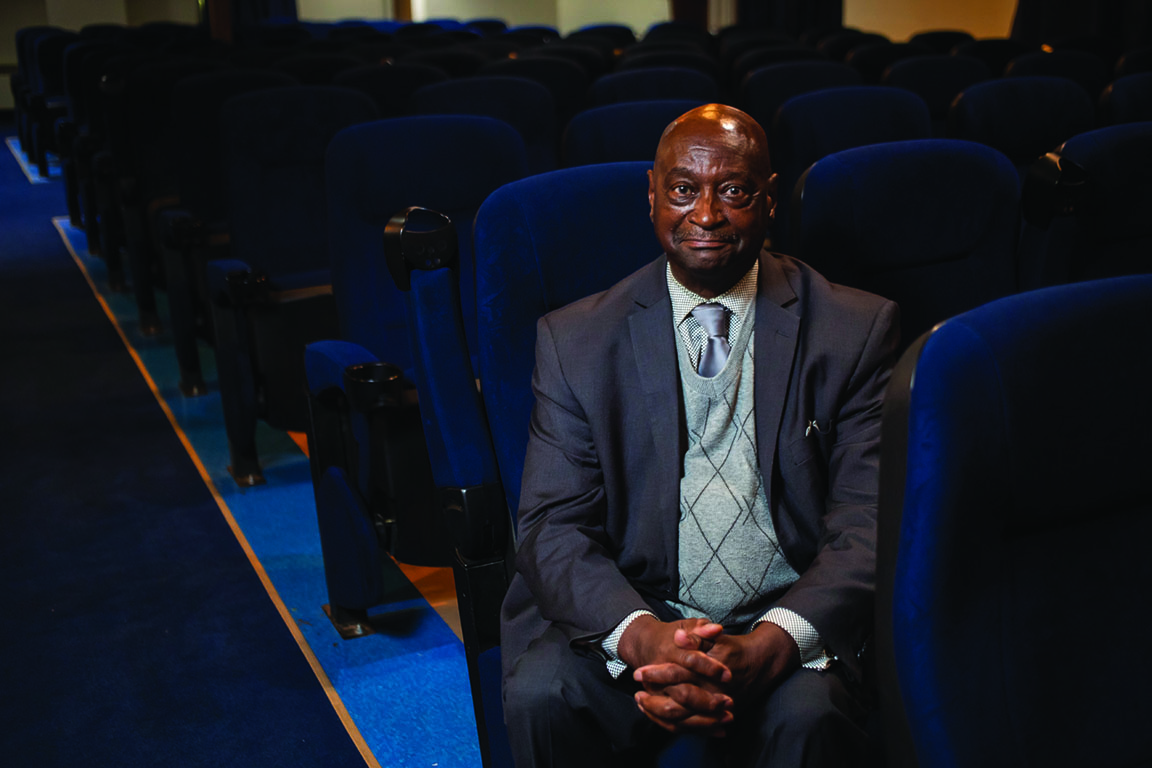 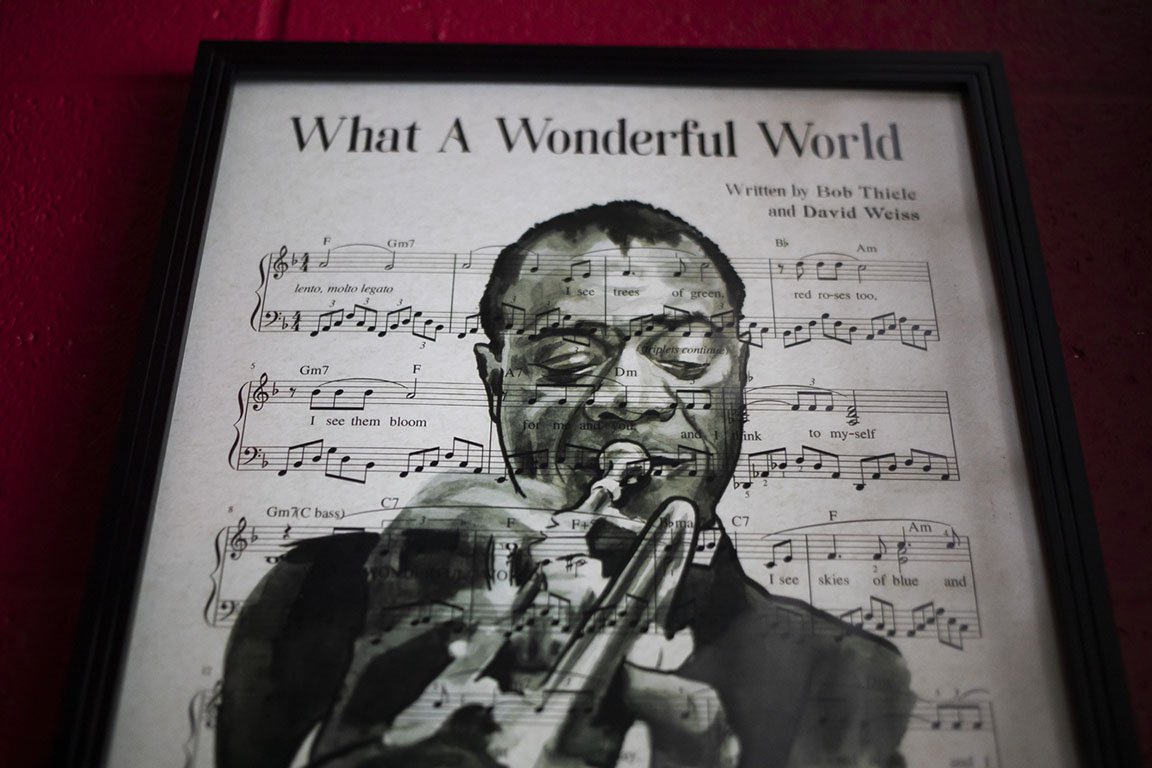 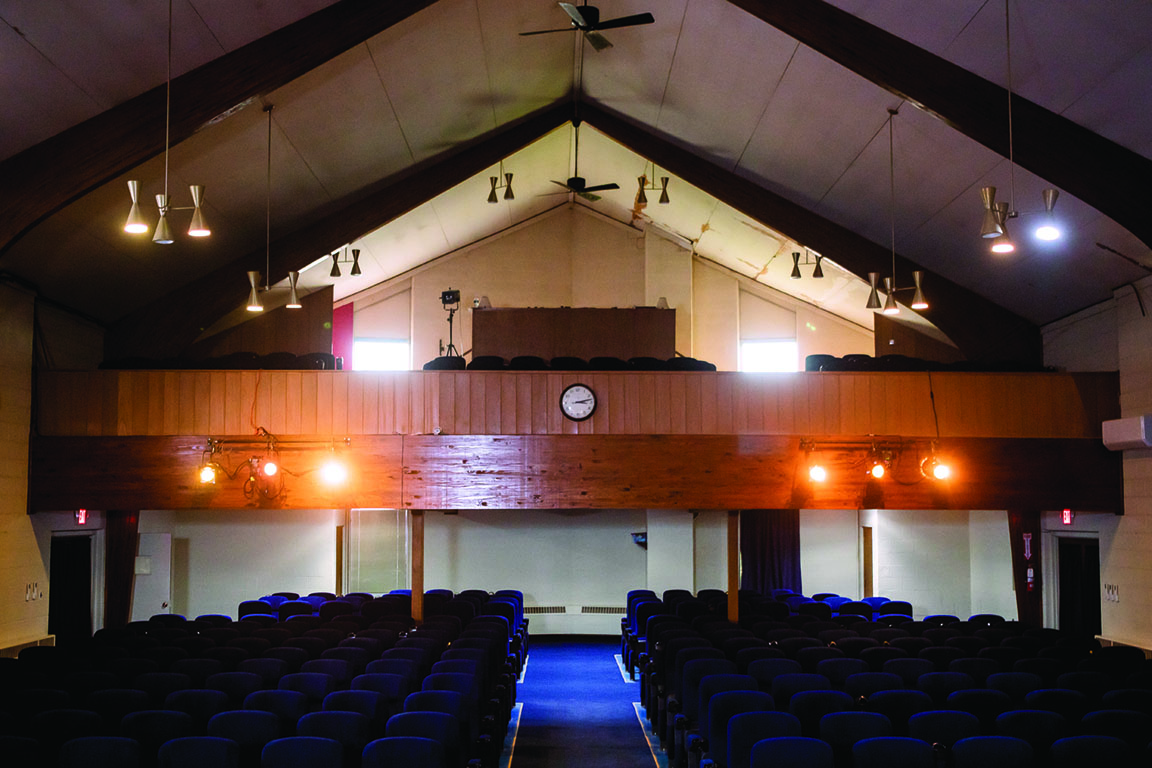 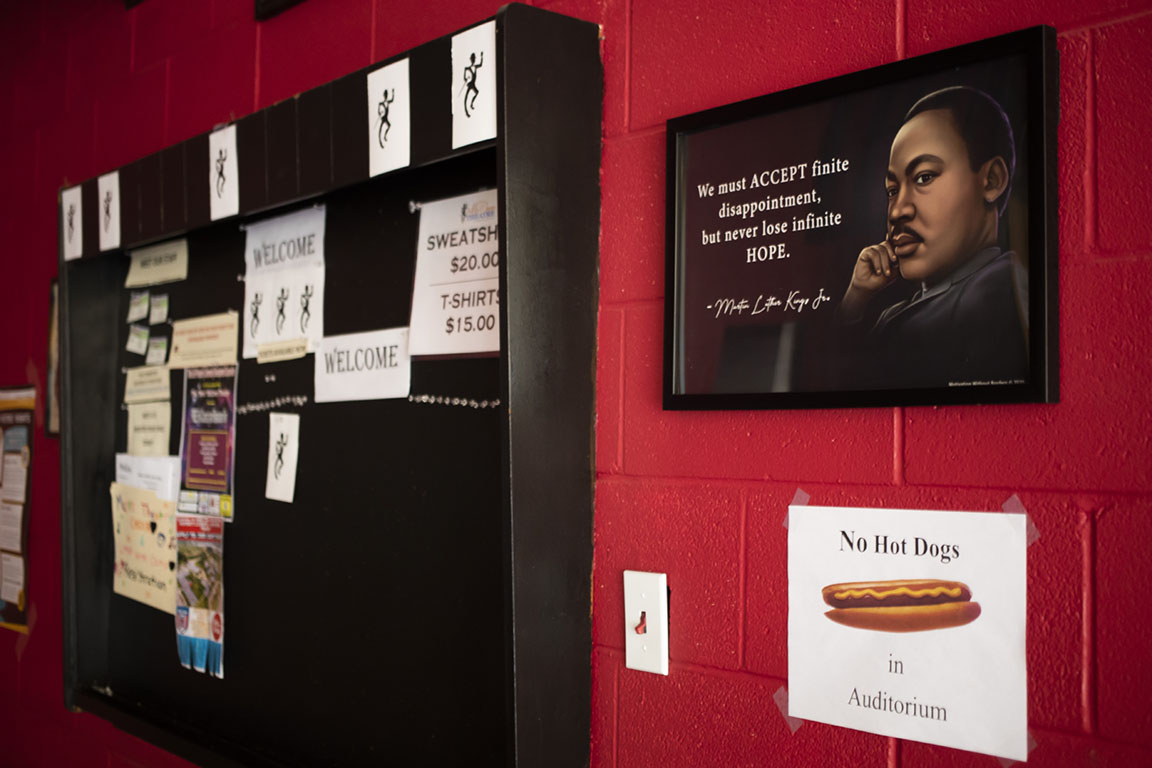 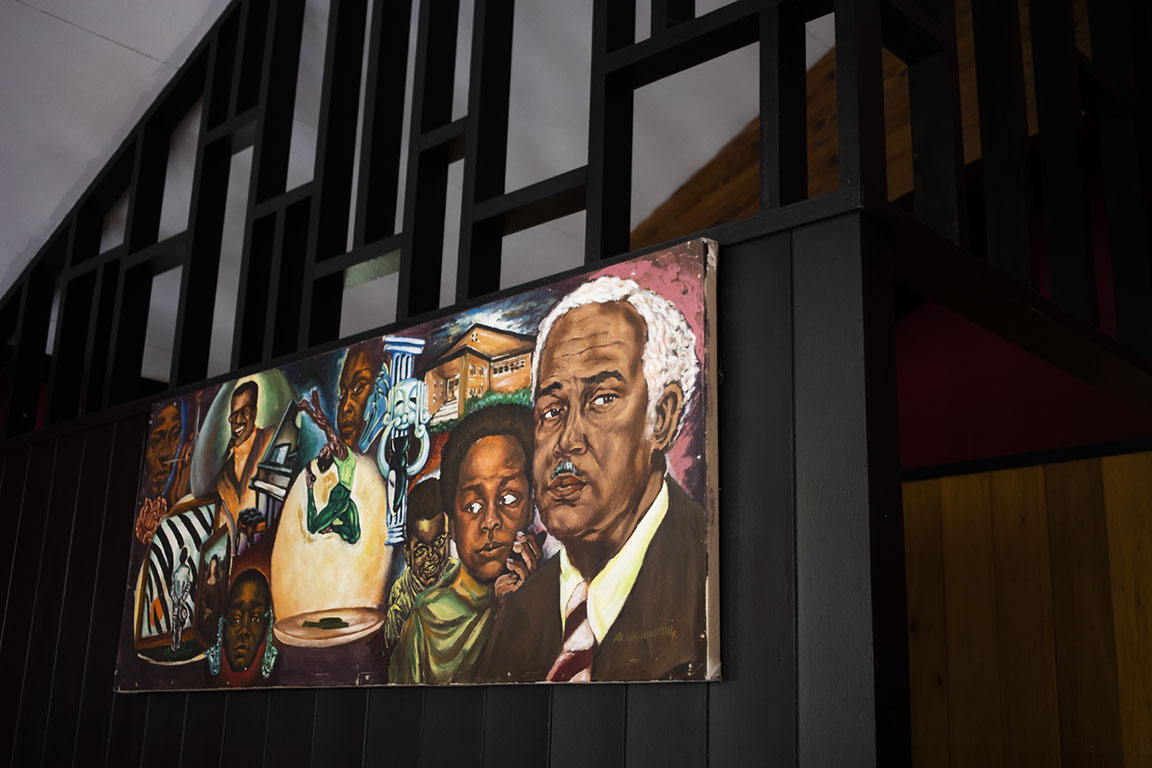 The home of the New McCree Theatre offers everything Winfrey and company dreamed of and perhaps more. The building provides space for dedicated dressing rooms, a green room for guests and performers, a dance room, warehouse for set design and construction, concessions, a box office and full theatre – complete with plush seating. It presented an opportunity to do more and Winfrey, cast and crew took advantage. They opened this season with their first-ever fundraiser “The Summer Soiree” in August and it was a hit. “It was very successful for us,” adds Winfrey. They invited prominent African American actors, writers and directors such as Javon Johnson and Woodie King Jr., to speak to aspiring Flint actors as part of a new goal of becoming a springboard for young talent. The new Black History Film Series showcases national documentaries highlighting current and historical social commentary on the Black and minority experience. The first show of the new season “The Legend of Bass Reeves” was written by Winfrey and highlights the exploits of Bass Reeves, the first Black U.S. deputy marshall west of the Mississippi. The show was a surprise hit and more importantly, raised awareness of an important African American figure in history. “After the first showing, the word got out and the audience started to grow,” says Winfrey. “After each show, people wanted to know more and started asking questions. We even had a few historians in the audience who jumped in with their answers.”

Next up for the theatre is the comedy “Livin’ Fat” which will take the stage in December. In the past, the theatre’s season would begin in September and run through March; however, with the addition of a brand-new air-conditioning unit, the shows can go year-round, according to Winfrey.

The new location also allowed for expanded after-school programming and community support. “We work with the local schools and offer vocal music, dance and drama classes. We are currently working with a youth chorus,” adds Winfrey. “Our workshops are free and open to anyone.” In addition, the theatre offers Saturday day camps and, usually starting the first week of July, a five-week summer camp. “I would love to see our new dance room filled with students,” says Pat Scott-Hill. As an added bonus, the building is open to hosting meetings for community groups. “We want the theatre to be a community hub,” explains Winfrey. “As long as your group is doing good in the community, you are welcome to use our space to meet. Just make sure to call and get on our calendar.” 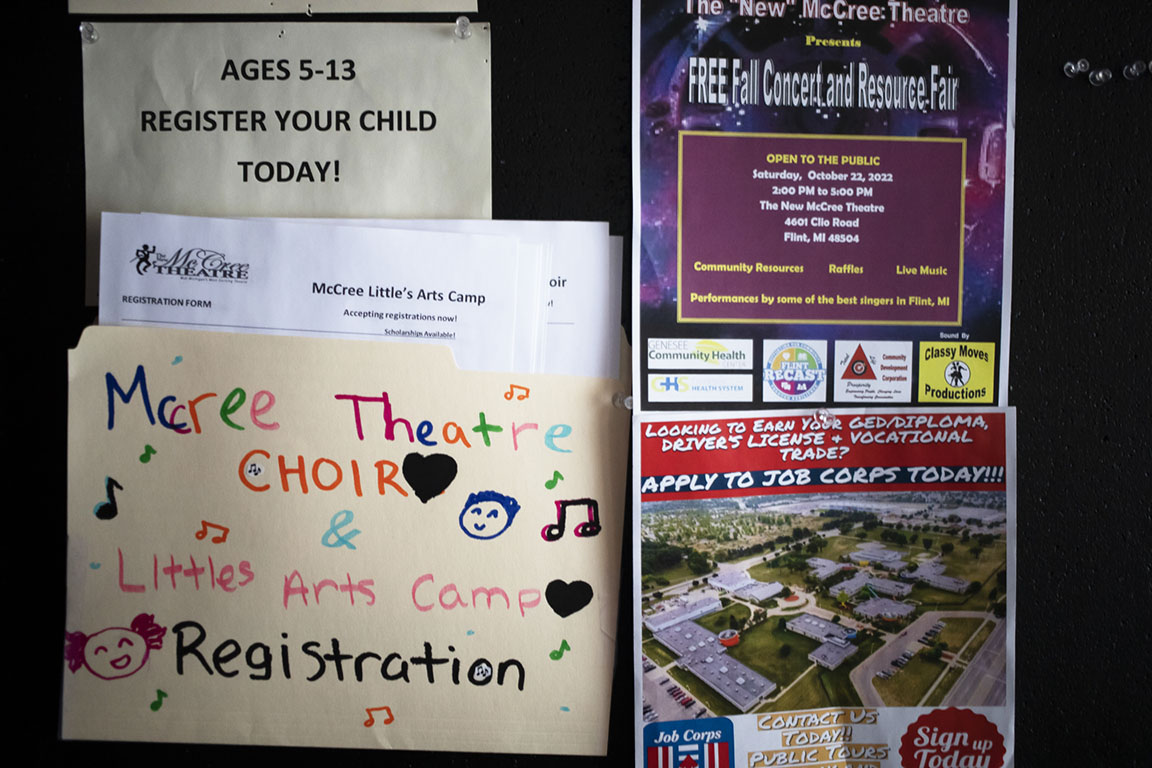 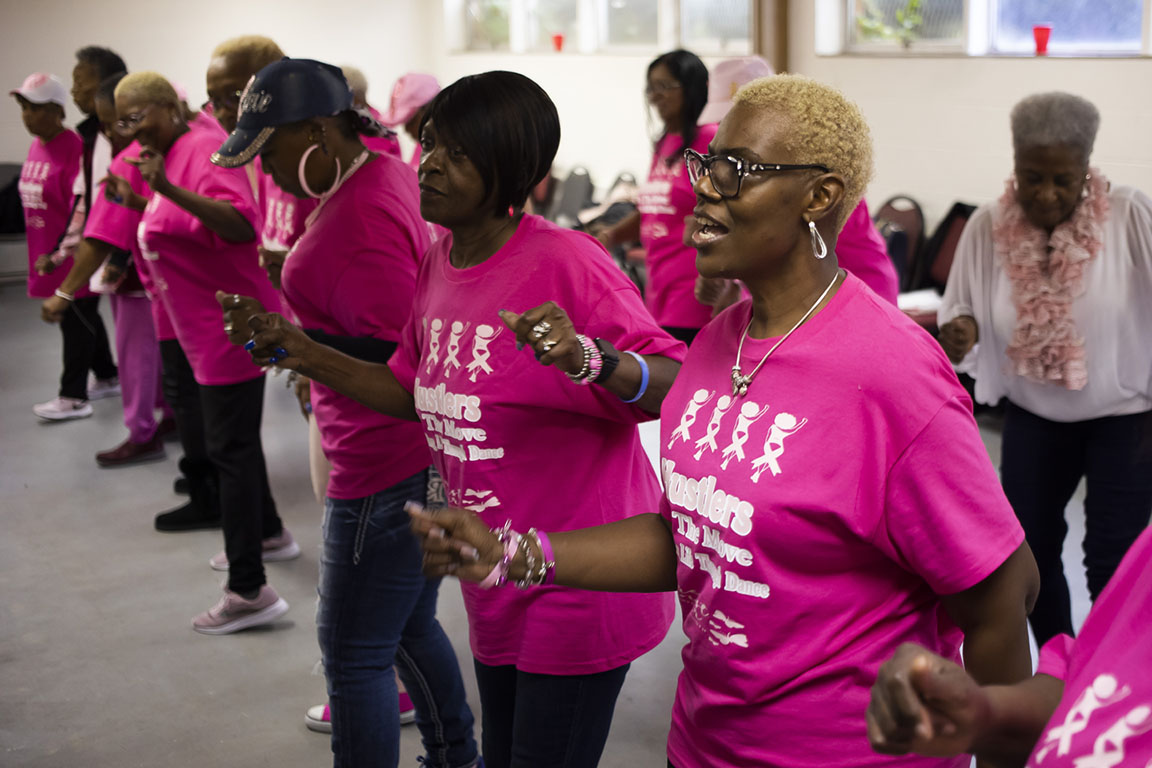 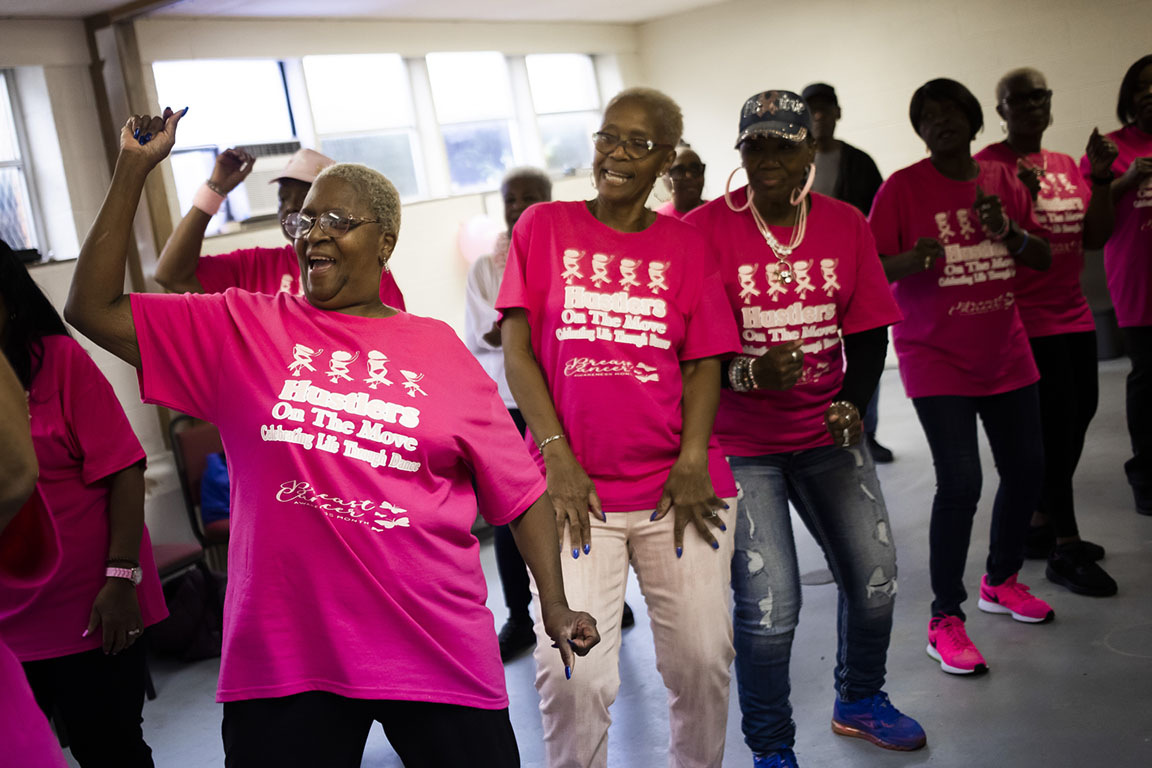 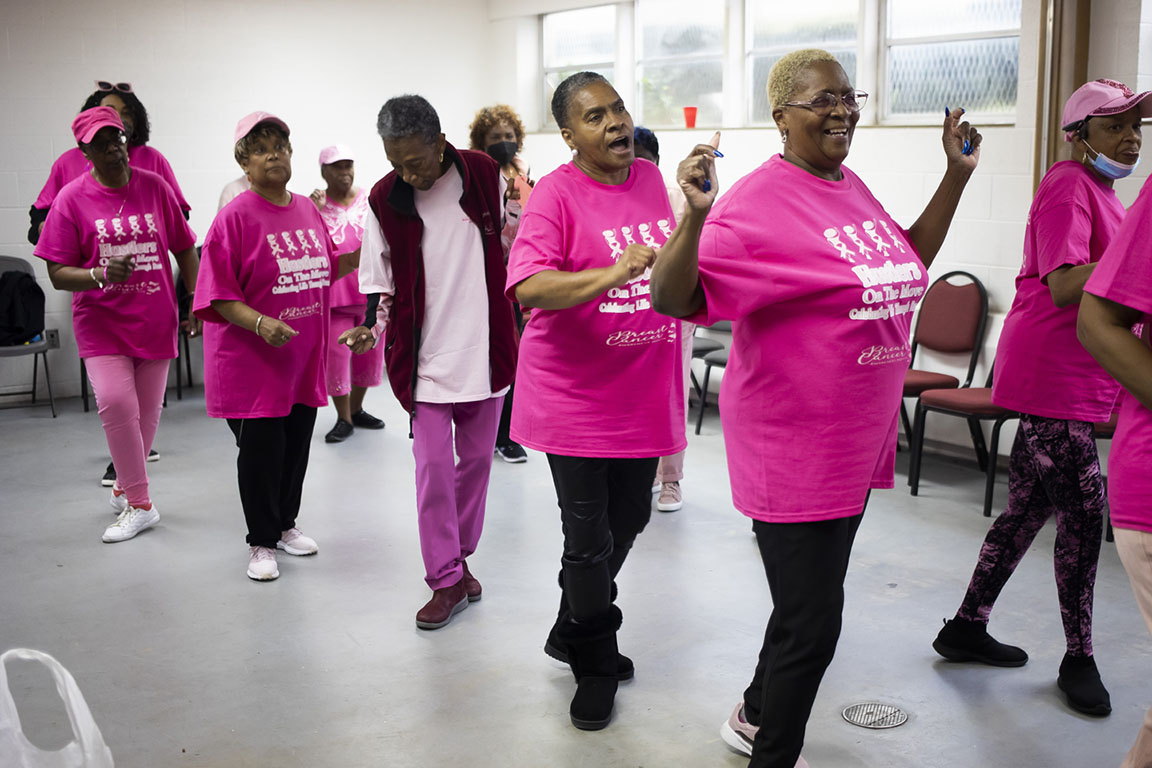 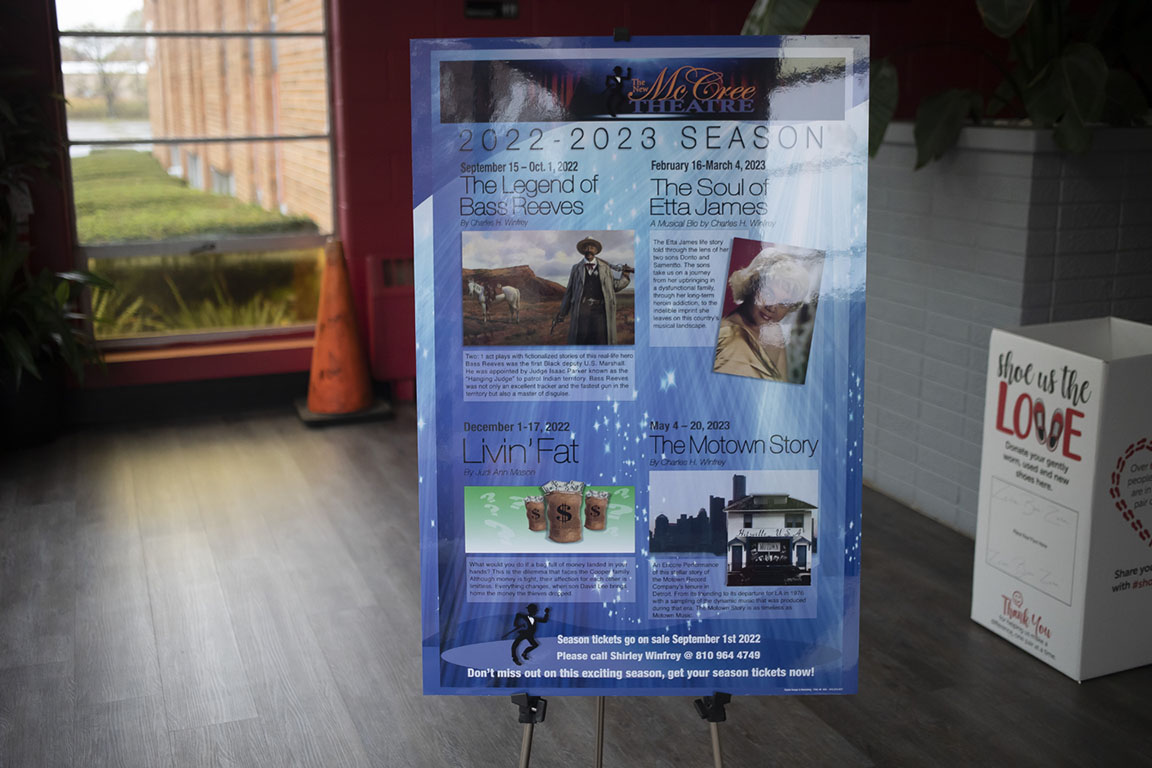 In order for the New McCree Theatre to really hit its stride, Winfrey and cast would love to see more participation from aspiring actors, writers and musicians from all walks of life. Another goal for the new season is to have greater diversity amongst the audience, cast and volunteers. “Diversity makes us civil and unifies us,” says Scott-Hill. “We have a number of shows that need a diverse cast and we welcome anyone of any race and background to audition.” The New McCree Theatre is in contact with other troupes such as Flint Community Players, Clio Cast & Crew and Fenton Village Players, and invites their professionals to see what McCree has to offer. Winfrey would like to emphasize that open auditions are for ANYONE – amateurs and professionals alike. “We want to develop local talent as a way to move them through the profession,” says McCree. “For me, it was a way to fulfill my dream of being on stage,” adds Scott-Hill. “It keeps me young.” In addition to performers, the McCree Theatre is looking for volunteer set designers, carpenters, light and/or sound technicians, dancers, writers and stage engineers.

The New McCree Theatre provides another outlet for Flint’s vibrant performing arts scene and in their new home, their offerings can reach a new level. If you have ever wanted to be a part of show business, the theatre is ready and willing to be your start. “Try it,” says Winfrey with a smile. “Theatre is for everybody. Come and see what we do.”