The Curtis/Ketzler family has a 170-year history of horticulture in Genesee County. Tonya Ketzler, Mundy Township Supervisor and former owner of Ketzler Flowers, is proud of her family’s heritage and works hard to preserve it.

“The Curtis family was in the landscaping business (Mundy Township) and the Ketzler family was in the dairy business (Flint Township),” she explains. Their 170 years of horticulture in this area began in the 1800s. In 1879, the Ketzler family had acquired 170 acres of tillable farm land in Flint Township. L.T. Curtis and first wife Florence Bigelow had four children, including Martha Curtis. “Louis Ketzler was born in 1869 on the family farm on Miller Road,” Tonya continues. “On June 22, 1898, Martha Curtis married Louis Ketzler (my great grandparents) in Mundy Township, combining the Curtis and Ketzler family names.”

Lymon Curtis Ketzler was born in 1903. He met Dorothy Smith when Dorothy was working at Curtis Flowers. They later married and together, they (Tonya’s grandparents) opened Ketzler Garden Center in 1956 at the corner of Miller Road and Ballenger Highway. “It was quite the place!” Tonya exclaims. The garden center moved to Hill Road in 1963, and became Ketzler Florist in 1967. 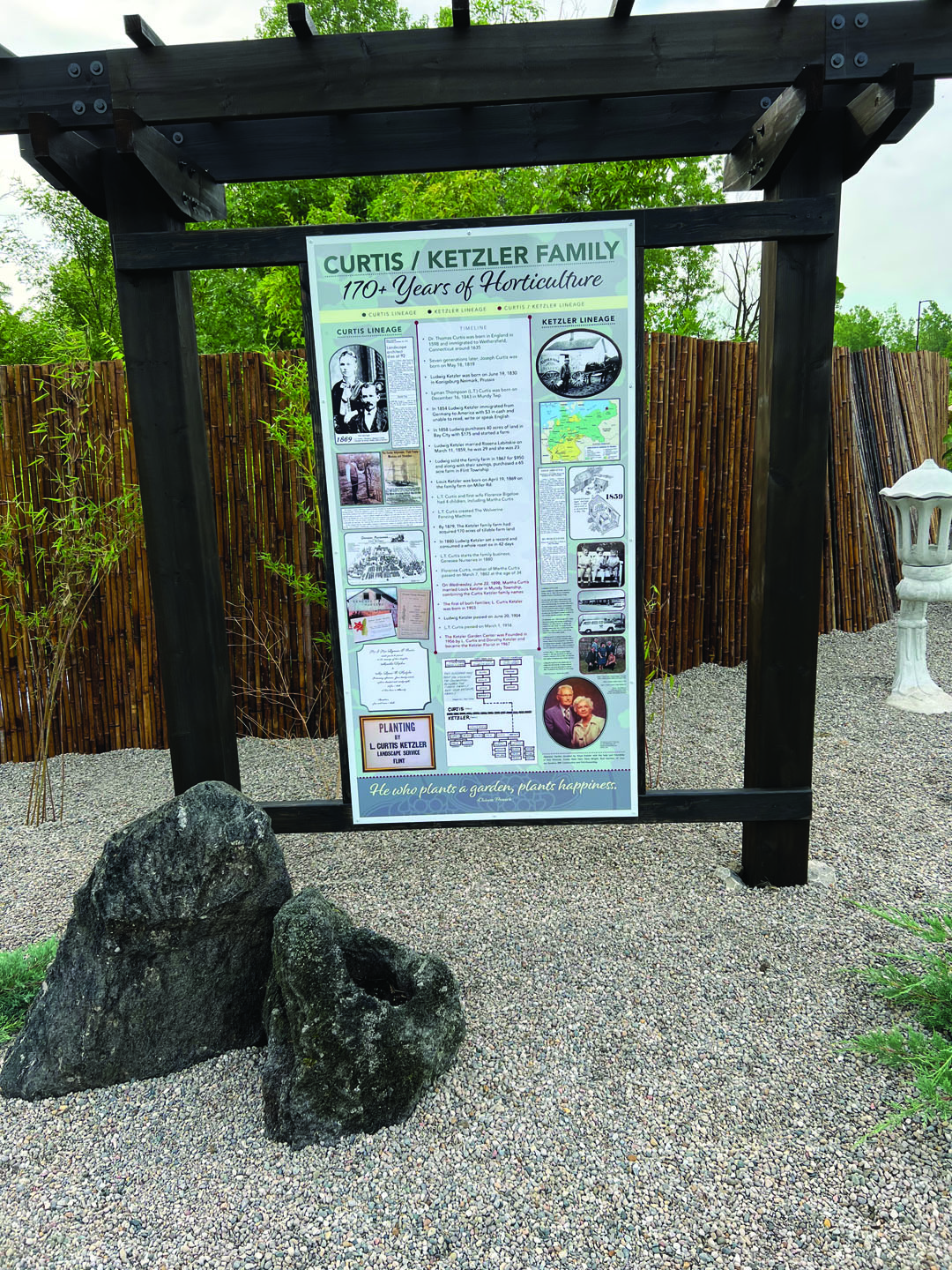 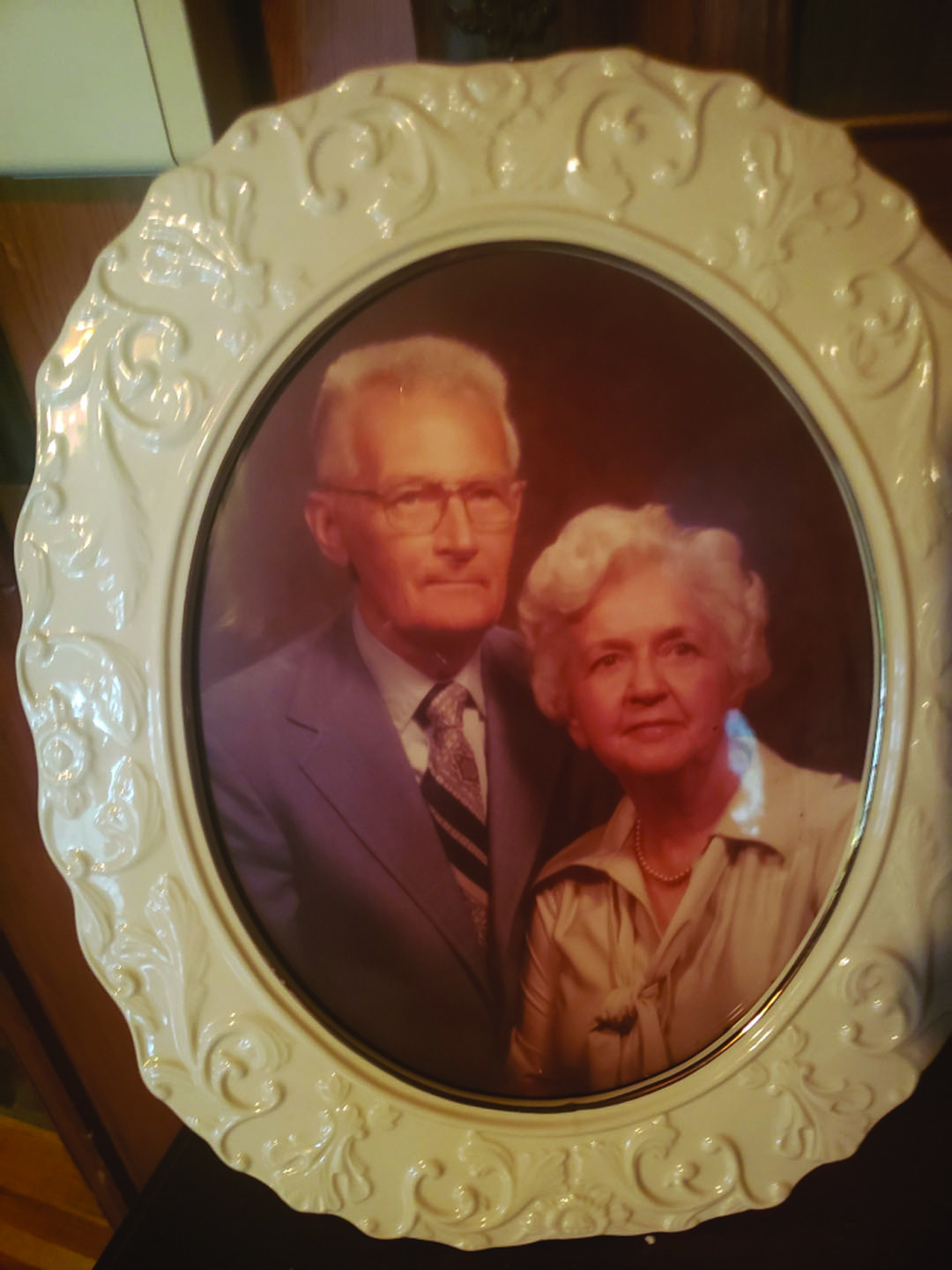 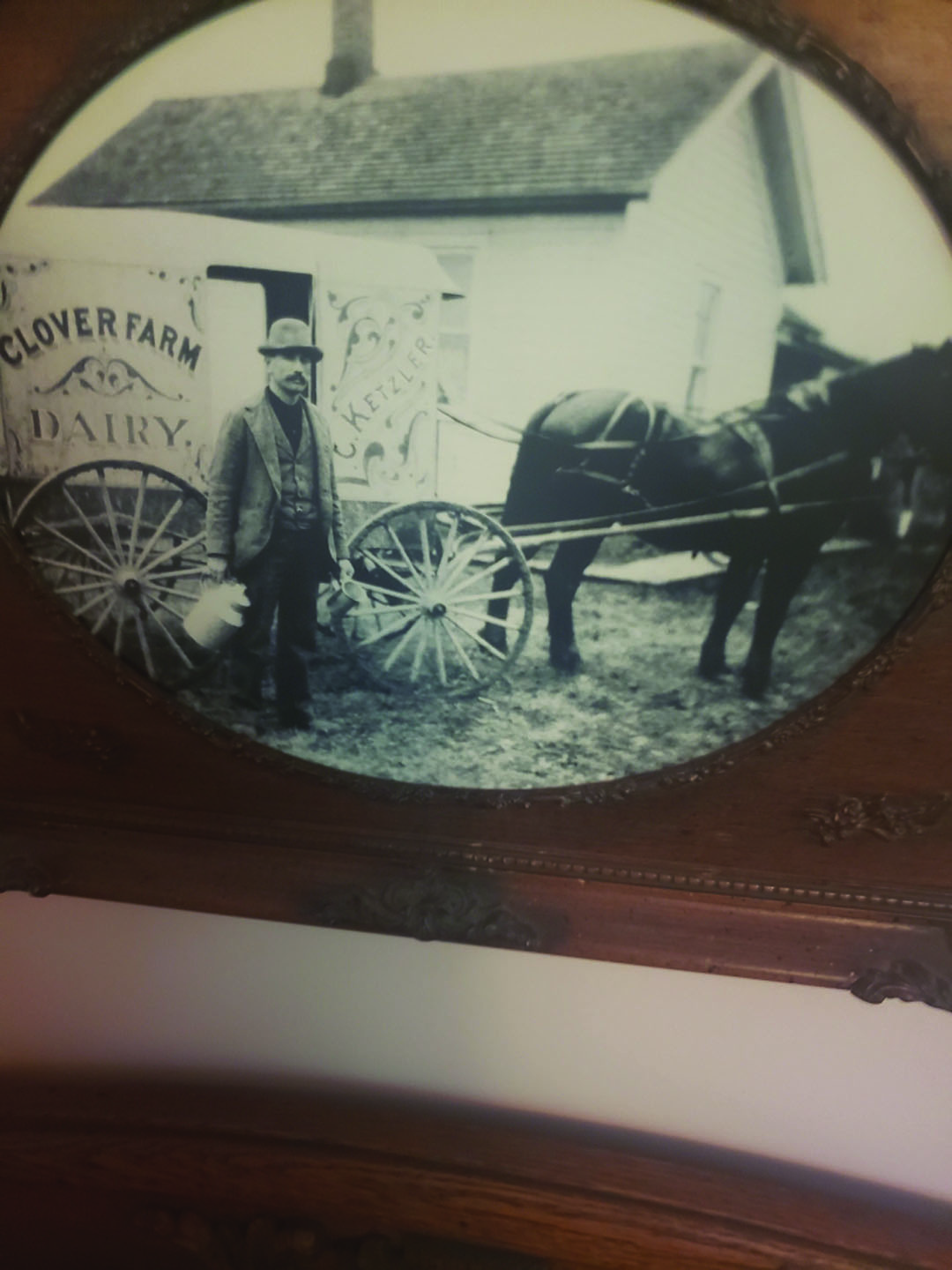 In 1968, David and Peggy Ketzler (Tonya’s parents) took over operation of the flower shop. After WWII, David, following in his father’s footsteps, got his landscaping degree from Michigan State University and joined his Uncle George at Genesee Nursery. Both Curtis and David Ketzler did a lot of the landscaping for estates off Miller Road in Flint. “In 1968, my dad decided he was too old to dig holes anymore,” Tonya remembers.

I grew up in the horticultural business. It’s in my blood – I didn’t have a choice!
Tonya Ketzler

Tonya was born in 1951. In 1983, she opened a successful business, Ketzler Florist Too, in Swartz Creek. She took over the Hill Road shop in 1994 and became the third generation to own Ketzler Florist. 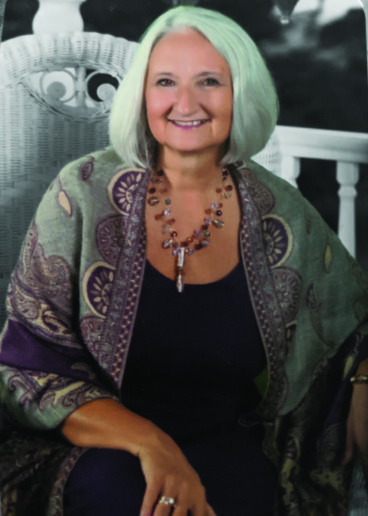 In 1995, Tonya moved into her grandparents’ home – a white farmhouse that sits next to Ketzler Florist on Hill Road. Built in 1930, the house contains many photos and family memorabilia. “My job is to keep up the history that was passed to me by my ancestors,” she says. “I grew up in the horticultural business. It’s in my blood – I didn’t have a choice!”

Initially, Tonya had no interest in the family business, as she was allergic to flowers! She studied to become a museum curator but returned home to help her family operate the flower shop. She remembers a day when she was helping a man pick out funeral flowers to place on his wife’s casket. “These were the last flowers he was going to give her,” she recalls. “I wanted to make sure they were perfect for him. I didn’t go back to school. I had realized that in this business, I could make a person’s saddest and happiest life moments better.”

Recently, Tonya completed a project that will help keep her family’s history alive: a Japanese Garden located at Mundy Miracle Commons. The 99-acre park of woodlands, wetlands and paved walking trails is located off Hill Road in Mundy Township. Tonya funded the garden, which was designed to be a quiet place of reflection – a labor of love and a living tribute to her family. “This is my gift to the Township,” she says. “I was a Girl Scout and was taught to always leave land as good or better than how I found it.”

A ribbon-cutting for the opening of the Japanese Garden was held in August in honor of the family. Family members from all over the country and the state traveled to attend the event. The garden features a large sign depicting a timeline that highlights the Curtis/Ketzler family’s 170 years of horticulture in Mundy Township. 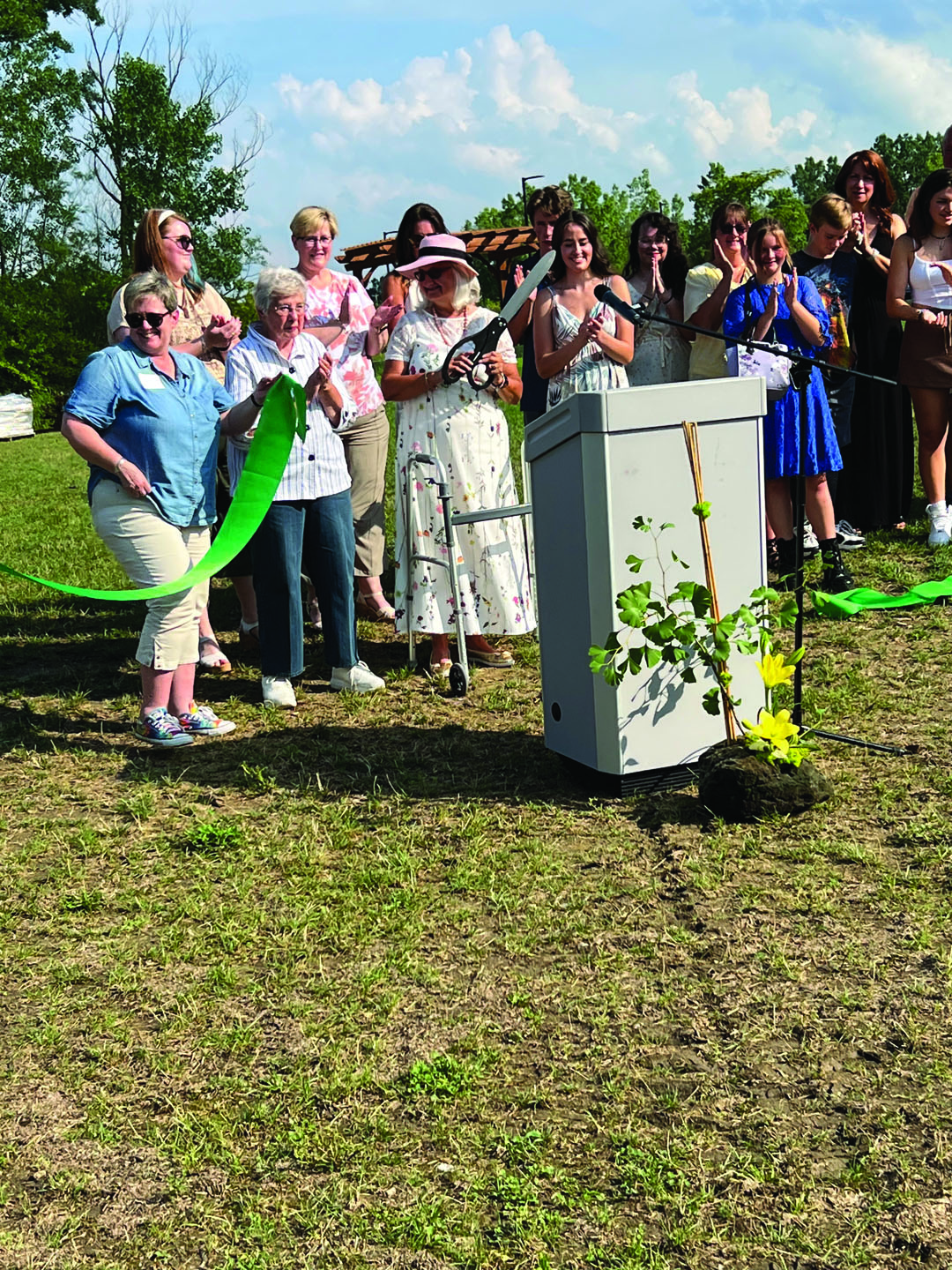 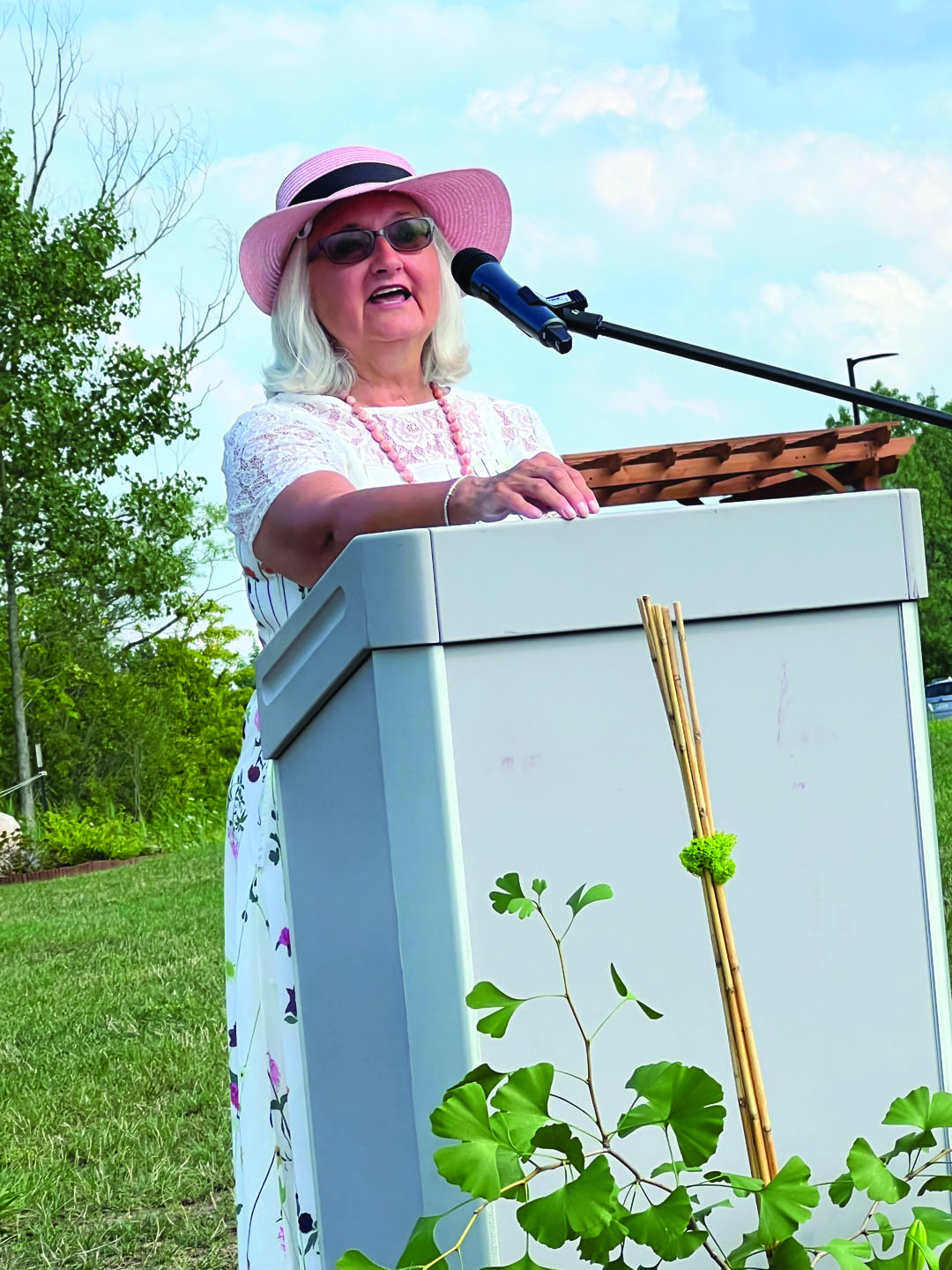 In 2018, Ketzler Florist was purchased by Waneita Bovan, Tonya’s previous employee at the flower shops in Swartz Creek and on Hill Road. Coming from three generations of flower shop owners herself, Bovan is proud to continue the longevity of family businesses. “That is extremely important to me,” she shares. She wants to not only uphold the standards established by the Ketzler family, she also wants to contribute to the community. “Tonya taught me about that. I also learned a lot of strong business practices from her.” Bovan hopes to continue community involvement, especially through horticulture at Mundy Miracle Commons and making sure the Ketzler family name lives on.

Tonya Ketzler is very proud of her family’s history and will continue to honor it. “I come from good roots!” she exclaims.