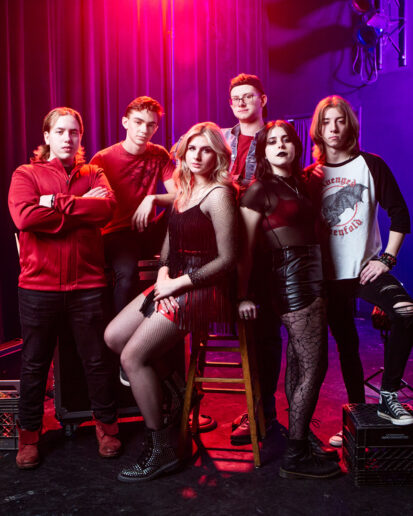 Rock is not dead.

In a world dominated by pop, country and autotune, the rock genre is slowly growing, getting louder and louder, and the world is going to find it impossible to ignore. Especially when the volume was just turned up to 11!

When Frame 42 took the stage on June 12 for their EP release party at Diesel Lounge in Detroit, the capacity crowd wasn’t ready for the assault. Boasting dual female lead vocalists, perfect guitar harmonies and foundational bass and drum play, the band possesses the sound, talent and energetic fervor of all the greatest bands of the 70s, but packages it into something uniquely their own. Frame 42 is about to take the next step forward in their young career and with the release of their first original EP “Undercroft,” the way is clear.

“Rock is heading back to the mainstream,” says singer Ava Morris. “It’s a whole new generation of rock,” adds guitarist Ben Dalgleish. “And we are going to make it our own,” concludes singer Arianna Smith. 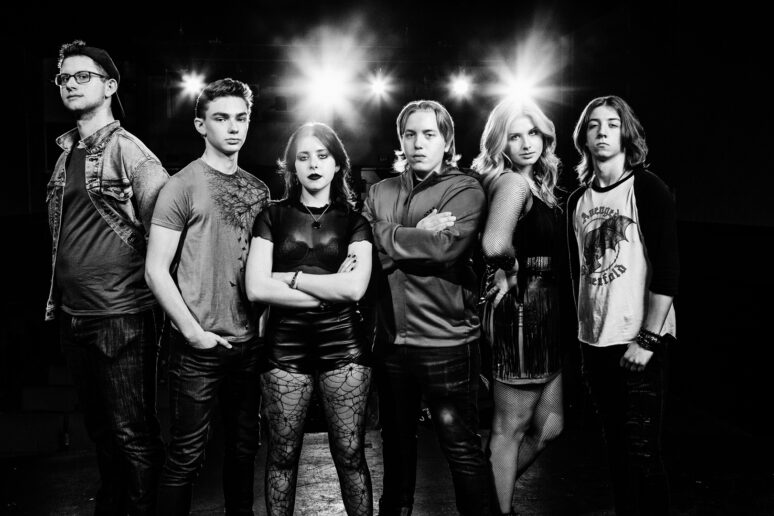 Formed in Lapeer in 2017, the band members met while attending dB’s LIVE music school. “They stood out amongst their peers,” says Band Manager, Kristen Farmer. “Their teacher, Deb Barber, noticed their talent right away and put them together. After that, they took off and started this journey all on their own.” Frame 42’s six musicians are between the ages of 16 and 20. They are Ava Morris (vocals/keyboards), Arianna Smith (vocals), Brock Morris (bass), Lucas Jacobs (drums), Michael Farmer (guitar) and Ben Dalgleish (guitar). “They all have a foundation in classic rock and add their own little influences and style to the music they create,” adds Farmer. “This is what they want to do with the rest of their lives and they are very motivated to do it.”

“We are 100 percent focused on making great music with each other and there is definitely a good chance that it really works out,” says Michael Farmer. “We want to only do this for a living,” says Dalgleish. “We don’t necessarily have to be super famous, just successful – I’ll take ‘financially stable,’” Brock Morris says with a laugh. 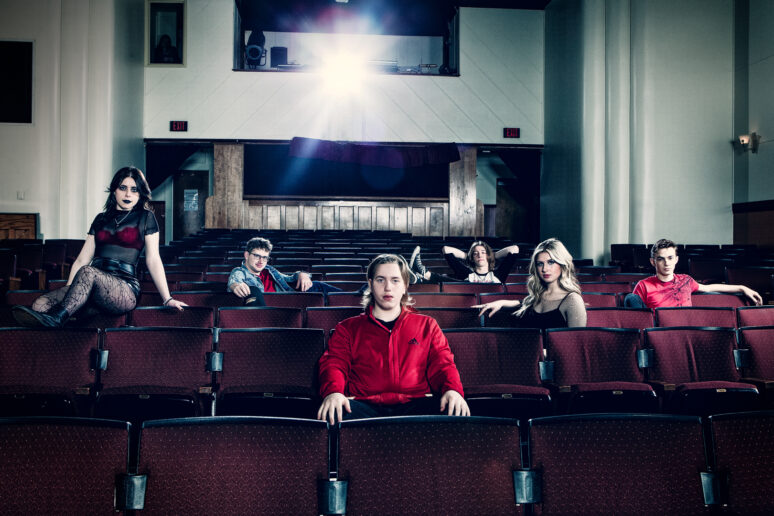 “They are an amazing group of young adults and they love performing together. They are living and loving it and I know they feel fortunate to be living their dream.” 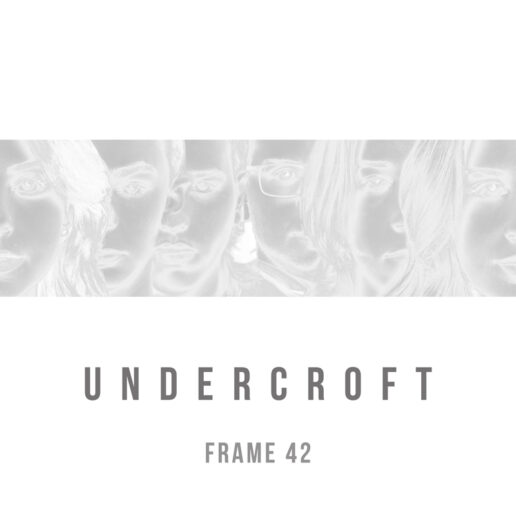 The band’s first EP release, “Undercroft,” features original music that was written in the band’s rehearsal space in the basement (the undercroft) of an Anglican church. Each of the EP’s seven songs is distinct from the rest. “The songs on ‘Undercroft’ are written from a source of strength and empowerment,” says Farmer. “Each song is well thought out and deals with situations that all of us deal with from time to time. Every band member brings something a little special to each song, little sprinkles of personality, and it all really works.” The EP starts with the song (“Bittersweet”) that perfectly encapsulates their sound and lets the listener know what is to come. A crunchy rock riff explodes into the power duo vocals of Smith and Morris. The rest of the album pulls the listener through heartfelt power ballads, electric riffs and relevant lyrics, culminating with the sonic avalanche of “Paranoia.”

Recorded and arranged during the pandemic, the EP was produced by Toby Wright, former producer of bands Metallica, Heart, Korn, and Alice in Chains. “Toby caught one of their shows in 2018 and expressed an interest in working with the band and in 2020, we decided to record with him,” says the band’s manager. “They worked 15-hour days in Royal Oak over Christmas and New Year’s. It just shows how much they love music and believe in themselves. They are 100 percent committed.”

“The songs were on the back burner for a while,” says Smith. “Toby really helped us with new arrangement ideas. Some songs are very different from when we first wrote them.” Dalgleish adds. “He remixed the songs and I think we really found out who we are in those sessions.” “The complexity of our music mixes really well with the dual vocals and stands out. Our sound is our own,” states Brock Morris.

“I truly believe that we have something never heard before. We mix so many genres together and we each bring something different to the table. The harmonies alone, whether vocal or musical, define us,” explains Michael Farmer. “We have been playing together for years now and we know each other’s styles. It’s more of a flow when we play.”

“We’ve grown up together and we realize what works for all of us,” says Jacobs. “I love how we play together and I love being with the band.”

One thing that stands out is the connection the band members have with one another. “They came together as young, aspiring musicians and ended up a family,” says Karen Farmer. “We hang out together outside of recording and songwriting. We are together all the time,” says Smith. “We have disagreements and argue from time to time, but we love being with each other enough to get through that and make great music.” 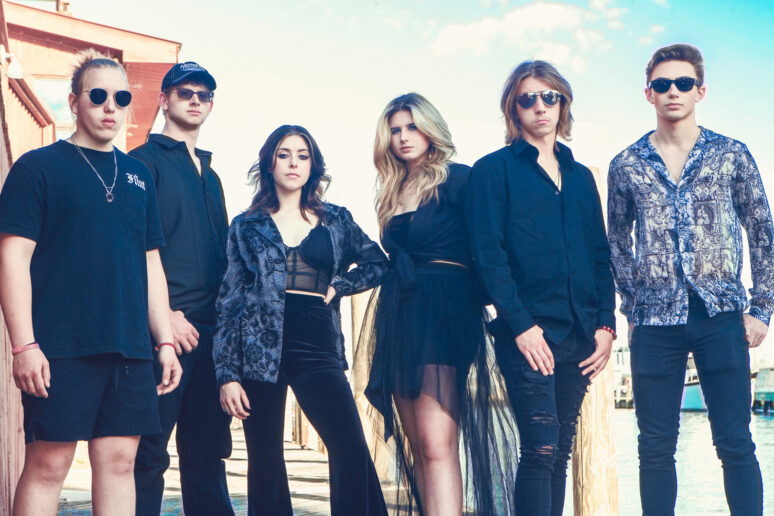 Frame 42 has a long way to go but has the drive, talent and support to get there. “Undercroft” is a fantastic start. At the release party, the band was blown away by the turnout and crowd’s enthusiasm. “We were finally able to play our new songs and when we did, the audience sang them right along with us,” says Michael Farmer. “When we’ve played covers in prior shows, we had the audience sing along but it was never anything that we wrote. The feeling was very surreal. It just makes us want to work harder.”

“We are always looking for that audience connection,” says Smith. “We want to share with the audience what we feel. We can’t wait to get out on tour.”

Frame 42 will play a full schedule of shows throughout the summer and open for well-known bands such as Buckcherry, Hinder, The Guess Who, and Steven Adler. And, don’t miss Frame 42 headlining at this year’s Back to the Bricks celebration in Downtown Flint.

“They are an amazing group of young adults and they love performing together,” says their manager. “Their fan base is expanding and the area is starting to support them in a big way. They are living and loving it, and I know they feel fortunate to be living their dream.” 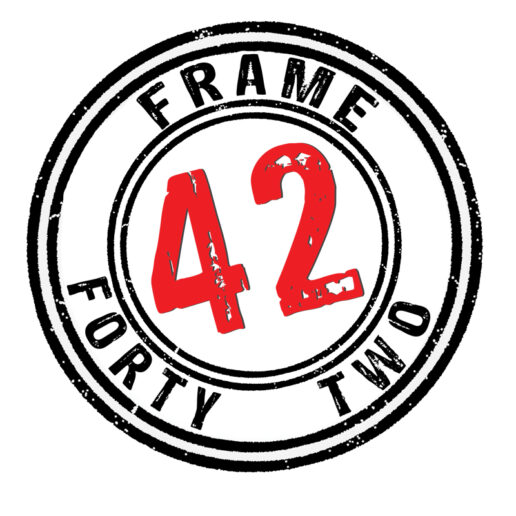 Aug. 21
Back to the Bricks, Downtown Flint

Sept. 11
United by Sacrifice with The Guess Who
Coleman Veteran’s Memorial