The first time Nate Brown saw an African-American Chef was at 25 years of age. “I mean, that’s crazy, right?” he asked. “I was just flipping through the TV channels and I stopped at Chef G. Garvin’s show and this dude was cooking! And he had a pretty cool watch.” Brown went out and bought the ingredients needed to make the same meal and he got to work. It wasn’t the best, but it was a start. “For weeks after, I found myself thinking about cooking all day at work,” he laughs. Then, Brown made a dish of his own and secretly put it on the table at a family open house. “I snuck it up there and then just sat back and watched. Everybody was enjoying it, so I finally told them I was the one who made it. That’s when I decided to become a chef. That was it.” Brown studied culinary arts at Mott Community College before completing his education at The Art Institute of Michigan, graduating in 2010.

Since then, Brown has been on an adventure that he never imagined possible. He’s developed his own business, owned a restaurant, had his own TV show, and has cooked for celebrities such as Kanye West, Halle Berry and others. “I’ve had a great career,” he says. “I’ve done all the things.” His current “thing” has brought him back home, and although it may not seem as glamorous as his past pursuits, Brown considers it his most meaningful. “I’ve come full circle,” he says. “It’s my mission now to reach the younger generation and show as many people as I can how to eat healthier.” 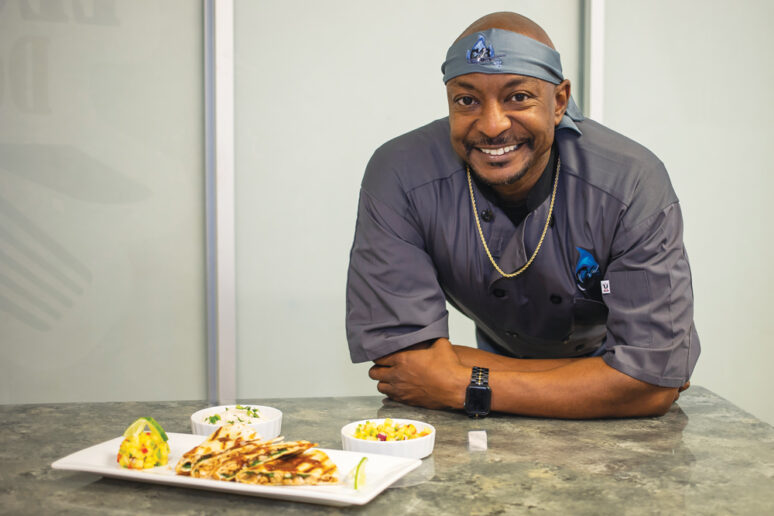 “I was a Flint kid who had a dream that got me to the top and giving back has always been a part of me.”

To accomplish this, he formed a partnership with Royce Stephens and his D.R.E.A.M.S. program. “Royce and I put a program together at Hamady High School to start an aquaponics garden that the students help to manage,” he says. “At the end of January, I started virtual classes to teach the kids how to cook the food grown in the garden.”

An aquaponics garden is a combination of plants and seafood, such as fish or shrimp. Fish that live in a tank underneath suspended plants eat and produce ammonia. Bacteria convert the ammonia to nutrients that are absorbed by the plants suspended above. The system produces nearly zero waste as it mirrors a natural ecosystem. In this way, students in the program learn about science, nature, nutrition and cooking skills. “Often, inner-city kids don’t learn about what good food can do for your health. One goal is to introduce them to the value of fresh food and to change their eating habits,” Brown explains. “Poor eating habits are often generational – if their parents eat unhealthy foods, they will too.” At a young age, Brown learned about the effects of a poor diet. “As a teenager, I dealt with high blood pressure and needed medication to control it,” he says. “As I became more educated, I began to change my diet and became more active. At 37, I was off the medication.” During the past summer, D.R.E.A.M.S. started a pilot program in which kids were delivered a box of ingredients for a meal and then, Brown taught them to cook it with a virtual lesson. It was a resounding success and both Stephens and Brown hope to have the same success this winter with the current program. 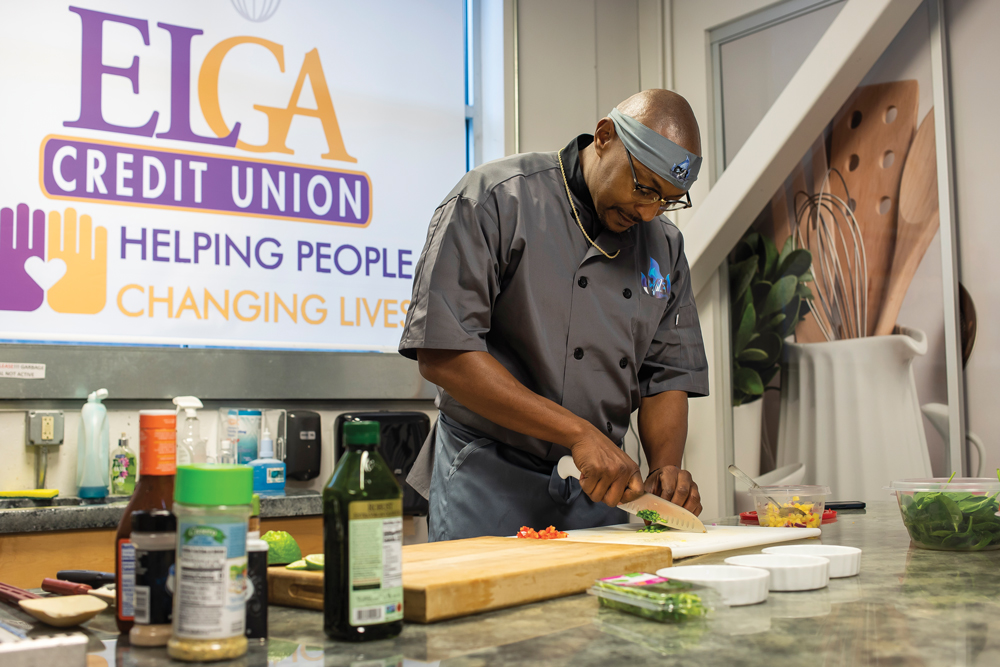 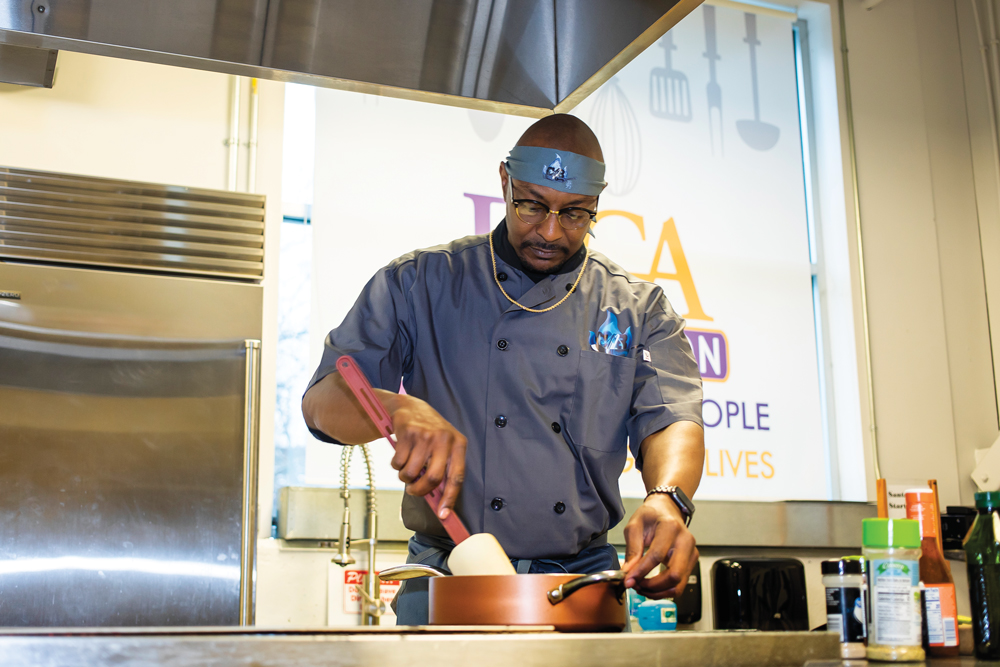 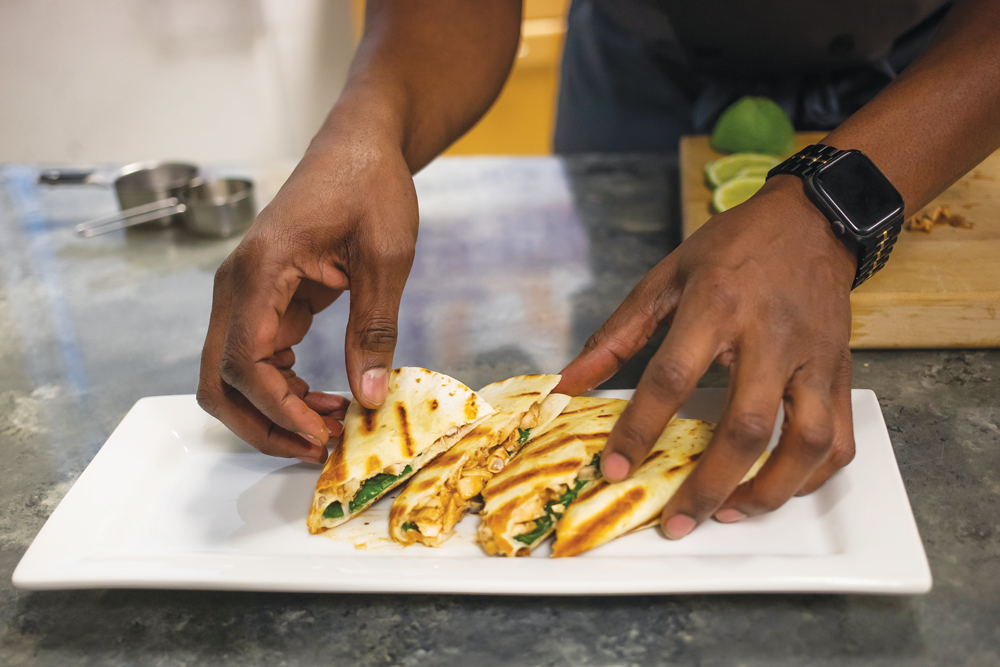 As the cooking classes continue into the future, Brown hopes he can be a positive role model and mentor to the students in the way his school sports coaches were to him. “The coaches helped save me,” he says. “Now, it’s my turn to take on that role. I had to wait until I was an adult to see an African American chef. I want these kids to see that cooking can be a profession for them.”

The D.R.E.A.M.S. program has been such a rewarding pursuit for Brown, he is looking to expand it and tie it in with some of his other professional plans. As soon as this spring, he will open his first food truck with a business partner in Chicago, hoping to have a food truck in at least five cities including Detroit. And, he hopes to start an extension of D.R.E.A.M.S. in each city. “I want to help educate youth about food and being healthy anywhere I can,” he states. Looking even further into the future, Brown plans to open a new restaurant by 2024.

Chef Nate Brown has never stopped moving forward and has found new motivation in the city of his childhood. “I love this city. Flint molded me and prepared me to go out and be successful,” he says. “I was a Flint kid who had a dream that got me to the top and giving back has always been a part of me. I want to do my best for the community and plan to continue doing so. It’s very exciting!”