While growing up in Ashton-in-Makerfield, situated roughly 18 miles east of Liverpool in central England, Andy Wagstaff envisioned the trajectory he hoped his soccer career would take.

At age 16, Wagstaff eagerly accepted a two-year playing apprenticeship with the elite Bury Football Club, intending to secure a permanent roster spot when it ended and continue as a professional player.

Fortunately for the hundreds of players who have benefited from his guidance during the past three decades, Wagstaff’s actual soccer path took him in a different direction.

While with Bury, Wagstaff began working with a local youth team and discovered he is equally as passionate about coaching soccer as he is playing the sport. Eventually, coaching became his sole focus.

After experiencing a plethora of success as a head coach at the college, club and high school levels and as assistant in the semi-pro and pro ranks, Wagstaff became the Flint City Bucks head coach last year.

He was promoted from associate coach, succeeding Demir Muftari roughly seven months following the Bucks’ United Soccer League Two championship during their first season in the city after moving from Pontiac. 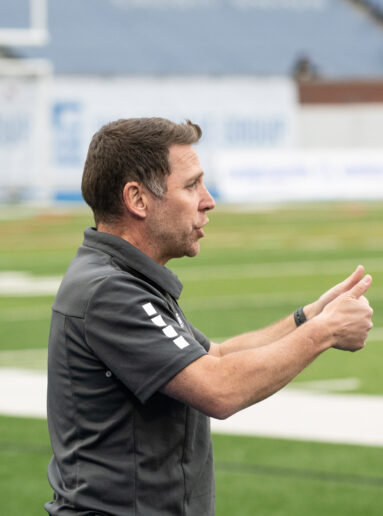 “I knew (the promotion) was coming because Demir’s plan was to only coach the first season in Flint after he returned for a second stint as head coach,” Wagstaff says. “I love being a head coach at this level because the players’ soccer intelligence, professionalism and dedication are just so strong. They are hoping to play at a high professional level one day.”

Shortly after Wagstaff was named head coach, however, the coronavirus pandemic put defense of the Bucks’ championship on hold. They did play six exhibition matches last fall in an empty Atwood Stadium, winning all of them by a dominating 26-2 margin.

“We were all shattered when the USL season was cancelled, but it was a massive relief when we figured out a way to play at least some games,” Wagstaff says. “We put a good team together, a very good bunch of lads who played well. It gave us a good bit of confidence that a USL season could happen this year.” 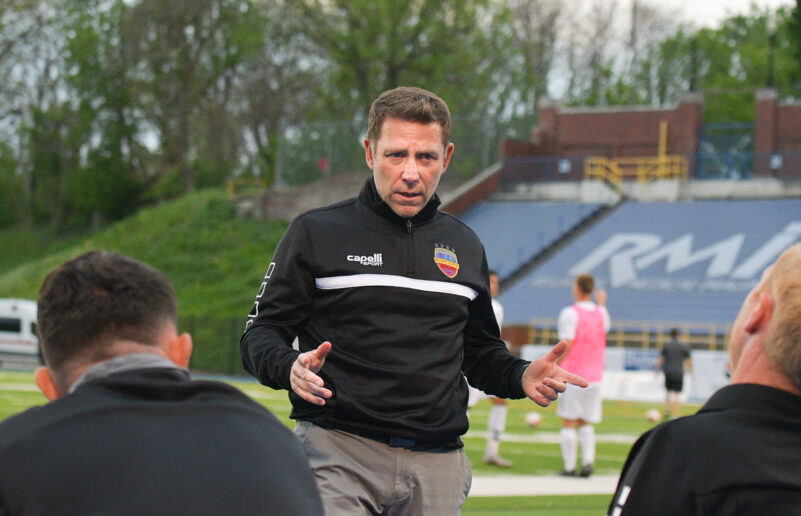 “Few people realize the pressure the staff and players are under because obviously, this program is used to winning.”
Coach Wagstaff

The Bucks finally began defense of their USL 2 crown on May 15 with an encouraging 3-1 home win over Toledo Villa FC.

“Few people realize the pressure the staff and players are under because obviously, this program is used to winning,” Wagstaff says. “We would have liked to have played better at times, but you have to be realistic because every game in this league is hard. We’ll take it, enjoy and move on.”

The Bucks are certainly an organization accustomed to winning.

Founded in 1995 by brothers Dan and Jim Duggan, the Bucks have racked up a league-record 268 wins, 14 division titles and four USL championships. The team has never experienced a losing season.

In all, 92 Bucks have been drafted or signed by MLS teams since 1999. They are the only team in the world with at least one player drafted in every MLS SuperDraft since its inception.

Flint fine-tuned for its season-opener with a 1-0 shutout of the Michigan Stars, a National Independent Soccer Association team, in a scrimmage.

“The game against the Stars was a great opportunity to see how we were developing during the previous ten days,” says Caleb Norris, another of the team’s five goalkeepers. “Even though some players had been with us for less than ten days, we could see how strong our talent level is and that our system was already coming together.”

Norris and Michael Sly, both goaltenders from Grand Blanc, are the lone local players. Norris plays for Division 1 Butler University while Sly begins his college career at Oakland in August. He posted shutouts in two of last year’s exhibition games.

For his part, Norris measures coaches by how much he enjoys playing for them, how strongly they motivate him and their overall soccer IQ. Wagstaff checks all of those boxes and more.

“Coach Wagstaff is obviously very astute, tactically, and very knowledgeable overall,” Norris says. “He’s great at adopting different strategies based on what our opponents are throwing at us. He is very approachable and makes it easy to enjoy playing for him. Coach Wagstaff is going to get the most out of you and all the players want to lay it all on the field for him.”

Wagstaff has high praise for his fellow Bucks’ staff, as well. “Gary Parsons (Director of Player Personnel) has put together a magnificent roster of talented players and the task is finding the ways each can serve the team best which is a great problem to solve,” Wagstaff says. “As a coaching staff, we believe in finding the system that best fits the players we have rather than trying to fit players to a predetermined system.”

Wagstaff spent most of the decade between his 16th and 26th birthdays both coaching and playing, but the long journey to his current position began at age 18 when he was not offered a contract to continue playing for Bury.

Unsure of where to continue his playing career, he wound up being evaluated by American college coaches at a recruiting event in England. Among them was Parsons, then Oakland University’s head coach, who offered Wagstaff a scholarship.

During his time at Oakland (1991-94), Wagstaff was an all-region performer, helping the squad to an appearance in the 1994 NCAA Division 2 championship game. He began coaching again during his sophomore year as a youth assistant with the Bloomfield Force, now known as Liverpool Football Club. Wagstaff is currently the club’s president.

After college, he played professionally for the Detroit Rockers and Detroit Neon and spent a season (1996) with the Bucks while continuing to coach. He made coaching his full-time focus in the late 1990s.

“I found myself pulled in two directions: trying to make it as a professional soccer player while also becoming more involved in coaching, so I had to make a decision,” he says. “I really began to love having an effect on the outcome of players’ journeys.” 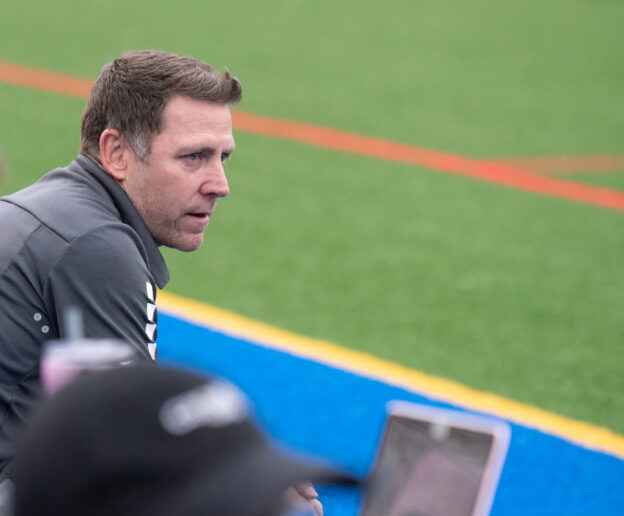 Wagstaff began loading up his coaching schedule, even splitting time between the U.S. and England from 1998-2002.

On this side of the Atlantic, he continued coaching with the Force and guided the Bloomfield Hills Lahser High School boys to the Division 2 state championship in 1999. In England, he was an academy coach for Bolton Wanderers and Liverpool FC.

Wagstaff later served two stints as an Oakland assistant, helping the team to a pair of conference titles and an NCAA Tournament berth. He was also a University of Michigan and Oakland women’s assistant and then served a four-year stint as Saginaw Valley State head men’s coach, guiding the Cardinals to a conference title and four NCAA Division 2 Tournament appearances.

Last fall, Wagstaff oversaw the creation of a Bucks USL Academy team which begins play this month under direction of Coach Ben Jones and will feature some of southeast Michigan’s top players ages 15-18 years, who will get the chance to train with the Bucks and even earn a spot on the Bucks’ roster.

Flint must finish among the top three teams in the Great Lakes Division to qualify for the USL 2 playoffs which begin July 16.

“Our No. 1 goal is delivering another championship for Flint, but getting there requires a tough journey and we can’t look very far ahead,” Wagstaff says. “It’s my job to be sure the guys focus only on the next game and stay the course. Hopefully, we’ll get on a run that ends with another trophy.”