She’s a basketball superstar, a member of six halls-of-fame, a Senior Olympic Gold Medalist, recent Art Hurand Art of Achievement Award recipient, a champion of Flint youth and MCM’s 2022 Cityzen of the Year – Linnell Jones-McKenney. “Awww… it’s such an honor to be recognized for everything I have been blessed to accomplish,” she says, humbly. “I’m very grateful for the chance to work toward what I would like to see happen in this city. Thank you very much.”

“We want Flint kids to see that life can be better! That’s what we do at SBEV. If we plan for our dreams, we can be successful.”

“Dream Big” is the message that Jones-McKenney has shared with youth and peers her entire life. “If every child had the chance to realize their dreams, then what a wonderful place this would be,” she states. Known as “Coach Linnell” across the city, Jones-McKenney found her calling at a very young age. “I’ve been called ‘Coach’ since middle school,” she laughs. It was at an even earlier age, however, when Coach Linnell found her ultimate purpose. “When I was six years old, I knew that my life could be something different,” she remembers. “I felt I had a calling from God to make this world a better place.” So, she started to dream big. 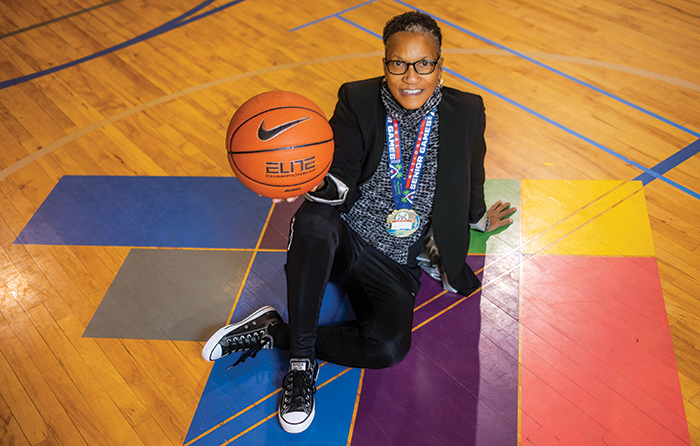 “I wanted to play professional basketball, travel the world, be a motivational speaker and build a sports complex for Flint,” she says. She quickly got to work building those dreams. At Bryant Junior High School, Coach Linnell honed her skills on the basketball court, playing on the boy’s team as no girls sports program was offered until Title 9 began in the late ‘70s. Off the court, her time was spent traveling to various schools and other functions with a few older kids to work with youth in basketball and to speak on the importance of following your dreams and planning for the future. Organized by Coach Linnell, the group was known as “The Traveling All-Stars” and it sparked her passion for working with youth that would continue through the present day.

After graduation, she attended Ferris State University where she made the basketball team, quickly becoming a standout. She then transferred and played with Saginaw Valley State before earning a full-ride scholarship to Kentucky State University where she became a two-time All-American. “I was the first woman from Flint to receive an athletic scholarship to play basketball,” she states proudly, “and in 1980, I made the United States Olympic Team but that year, the U.S. boycotted the summer games.” Next, she was the fourth overall selection for the U. S. Women’s Professional Basketball League, but that league quickly folded. Then came an incredible opportunity – one that Coach Linnell simply had to take. “My agent called and told me that the European Basketball League was offering 15 Americans the chance to play overseas. I signed up and was chosen.” She played in Rome professionally, traveled the world and became a star and league MVP. Two big dreams had been realized: traveling the world and playing pro basketball.

While in Europe, she checked another off the list when she was asked to work and speak with youth during numerous basketball clinics across the continent. In time however, Coach Linnell was beginning to feel the draw of home getting stronger. “It got to the point overseas when I just knew it was time to go back and focus on helping the youth of Flint,” she explains.

“When I grew up in Flint, the city invested in its youth,” Coach Linnell shares. “It was a dream city – we had ongoing afterschool programs, open parks and more. The community school directors would give us a chance to be at the gym until 9 or 10 pm. We could walk every street and develop our skills at no cost to us. Now, we are seeing the effects of that lack of investment,” she continues. “We barely have sports or art programs in schools and with a lack of after-school programs, children don’t have the opportunities we had. In fact, nearly 70 percent of kids in the city go to schools outside of their district or to charter schools.” 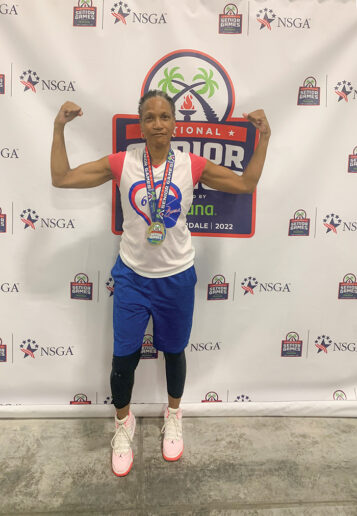 In May, Jones-McKenney took the court for Team USA at the Senior Olympics in Fort Lauderdale, FL, bringing home gold.

Upon her return to the city from overseas, Coach Linnell took a step toward resolving these problems and started her “School of Champions” program and after working with youth and other programs for nearly forty years, she was drawn to Sylvester Broome. “When Sylvester Broome Empowerment Village (SBEV) was just starting in 2017, I inquired about using the facility,” she explains. “SBEV Executive Director Maryum Rasool called me up and I told her my dream of helping youth in the city build and follow their own dreams.” The two quickly joined forces and “School of Champions” merged with the vision of SBEV. Now, SBEV provides a space for youth to learn and enhance their academic prowess, practice the arts and excel in athletics. Everything Coach Linnell dreamed of being able to provide … except for one thing. “Eventually, the need and idea to build a sports complex came up between me and Ms. Rasool. We have been working very hard to get there and have had some setbacks, but we should be ready to break ground next spring.”

The plans for the Flint Sports Complex include three basketball courts, space for gymnastics classes, robotics, soccer, baseball and more. “We want our kids to have the opportunity to play in tournaments, to learn and to train so that their dreams can be realized,” Coach Linnell states. “We want them to see that life can be better! That’s what we do at SBEV. We introduce them to robotics, sports, music and art, so that they can dream of becoming a nurse, doctor, engineer or athlete. We want to show them what success looks like, so they can see themselves in that role. Our kids see negativity every day and they internalize it. We look to give them a positive image of themselves and of life. If we plan for our dreams, we can be successful.”

The SBEV model has been turning heads around the country and the organization is in the process of opening another facility in Chicago to help the youth there. They are even looking to expand to other cities in the future. 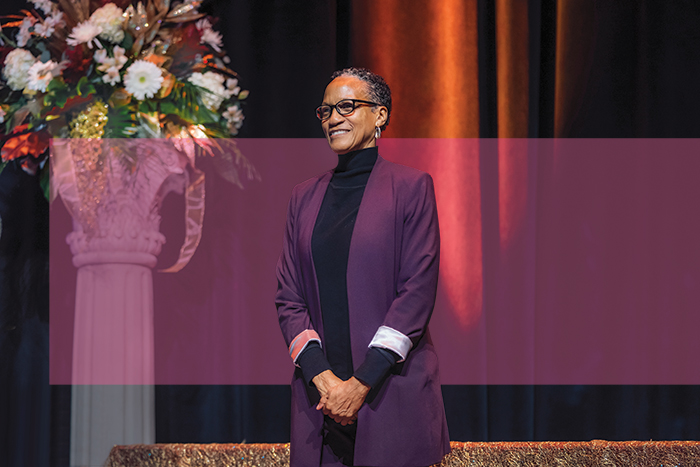 In accordance with her work with SBEV, Coach Linnell has worked to curb violence and bullying in the City of Flint by joining the No More Violence Movement and starting Teen Club, where young adults gather to have fun and be mentored by professionals from all occupations and walks of society. “We talk about the importance of realizing their dreams and of themselves,” adds Coach Linnell. “If youth realized how important they are, we wouldn’t have a violence problem when they get older.”

“It’s such an honor to be recognized for everything I have been blessed to accomplish.”

For the last two years, Coach Linnell has also been successful at another project near and dear to her heart – bringing the Gus Macker 3 on 3 Basketball tournament back to Flint. “It was so big in Flint during the ‘80s!” she exclaims. “I was on a team that traveled to different places to compete, and Flint used to be one of the biggest tournaments in the state.” Coach Linnell is proud to say that two years ago, Gus Macker was back and a surprising success. “The turnout the first year was good,” she explains, “but this year’s turnout just blew me away! We had teams from Ohio, Illinois and Indiana playing here. Everyone still wants to come to Flint to prove themselves. If you want to be the best, you’ve got to beat the best.” Coach Linnell says Gus Macker was the third biggest event in Flint this summer behind Back to the Bricks and The Crim. It’s easy to see that she still loves the sport – in May, she took the court for Team USA at the Senior Olympics in Fort Lauderdale, FL, bringing home gold.

Throughout her life, Linnell Jones-Mckenney has always wanted the best for Flint and its youth and she is driven to give back to the city she loves. When asked about her next goal for Flint, she didn’t hesitate one second with her answer. “To bring it the biggest, most-amazing youth activity center in the world!” she laughs. “Just acres and acres of new opportunities and dreams being fulfilled. If we can help today’s youth learn the skills needed to rebuild this city, to realize their dreams, there would be no need for drugs, violence or gangs. There would be no poverty. We could have heaven on earth, right here in Flint.”

Congratulations to Coach Linnell Jones-McKenney, MCM’s 2022 Cityzen of the Year!