There is only one Marc Jacobson. For over ten years, he has been the morning reporter at WJRT-TV ABC 12 News, reporting stories to the viewers in his own unique and funny way. He gets up at 2:30am to be at the station by 3:30am – and he wouldn’t have it any other way. Full of energy, he flies out the door each day to report on things ranging from community events to serial slasher killings and everything in between. Each day has a different story to tell. “That’s what I love!” he exclaims. “People are always asking where Marc is going to be next.” 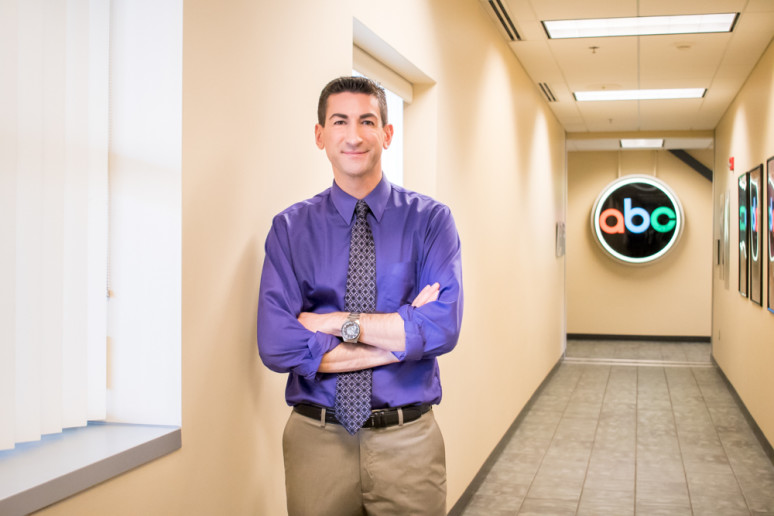 Born and raised in Chicago, Illinois, Jacobson obtained a degree in journalism at Boston University. He started his TV news career at a small station in the Houghton/Hancock area in the Upper Peninsula. There, he met his wife, Allison, a teacher and group fitness instructor. When she was offered a job opportunity in the Flint area, Jacobson called former ABC12 News Director, Ed Phelps, to see if there were any positions available. “Just send me a tape,” Phelps told him. The irony was that just moments before Jacobson called, a part-time sports reporter had told Phelps he was leaving for a job in Wisconsin. “Timing is everything,” Marc laughs. He was hired and worked as the sports anchor from 2000-2002. He then worked for NBC25 News for five years before returning to ABC12 as the morning reporter.

Jacobson says he reports on a little bit of everything. “I always have fun at the circus – it’s one of my favorite things.” You’ll see him do crazy stunts like racing around on a Globe of Death motorcycle, or getting rolled into Lake Callis in a huge plastic ball. “I pretty much get to do it all,” Jacobson smiles. “I always joke that I’ll do just about anything for two minutes on television. You can’t be afraid to laugh at yourself and you can’t be afraid to have people laugh at you.” He also loves cooking in the kitchen when he reports on a new restaurant in town. “I try my best not to burn it down,” he jokes. 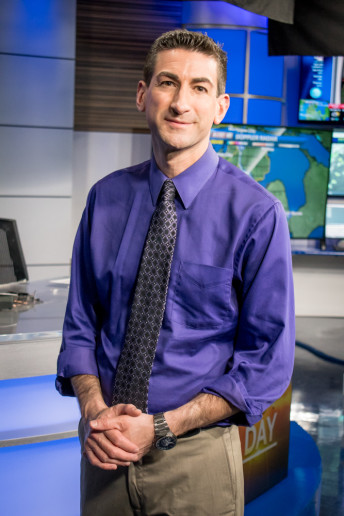 What he is most known for and something Jacobson really loves doing is the Friday School Spirit Challenge, which is in its tenth year. “The kids have collected more than six million pounds of food for the Food Bank of Eastern Michigan!” he exclaims. In the winter, Jacobson can also be seen giving road reports from the passenger seat of a car braving bad weather. “It’s always interesting driving around on icy roads letting people know what their morning commute is going to be like.”

While most of Jacobson’s reporting is upbeat and positive, others are not so much fun. “The day we reported on the Flint Serial Slasher (2010) was the most chaotic day I’ve ever had,” he shares. “It was early in the morning. It was crazy.” He was also outside Bishop International Airport when Officer Jeff Neville was stabbed. Jacobson played a rather unique role that day, as the only reporter standing on the airport sidewalk with all of the travelers who had witnessed the stabbing. “I found myself not reporting on TV, but talking with people who had witnessed the attack, and I was able to share it on Facebook Live.”

Jacobson’s typical day on the job ends at around noon. “I go home and usually take a nap before the kids get off the school bus. After dinner and some family time, I fall asleep around 10pm and get up at 2:30am the next day to do it all over again.” In his spare time, Jacobson enjoys spending time with his wife and three children, Maddie, Ava and Alex. 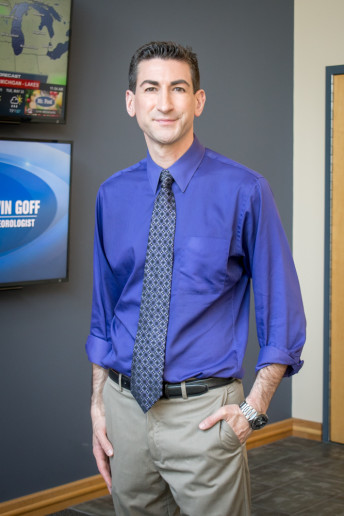 What about his job is most important to Jacobson? “I have two priorities. My number one goal is to inform and number two is to make people laugh,” he says. “Ultimately, it is getting information out to our viewers that is most important to me.” And there really isn’t anything Jacobson doesn’t like about the work he does. “It really isn’t work – I love what I do.” he says. “Who wouldn’t want people coming up to tell you how much they appreciate what you do?”

Jacobson considers Channel 12 a very special place to work. “I’m very lucky to have News Director Jayne Hodak and General Manager Pete Veto, who allow me to be myself. I’ve made a lot of great friends and co-workers in the business. I’m a happy guy and I know how lucky I’ve been.”