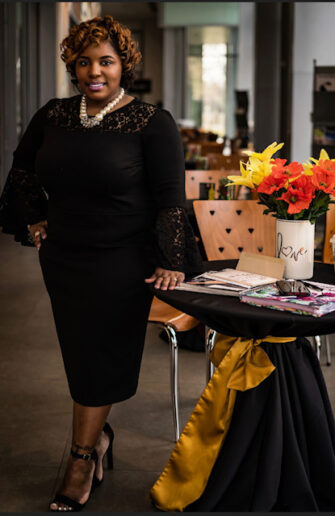 Well of Hope (WOH) is a nonprofit organization located in Flint. It was founded in February 2005 and incorporated in 2006. Since then, the organization has offered programs that help break down barriers to education for children and unify families, according to Chia Morgan, Program Coordinator and Treasurer. Morgan’s father, Will, is the president and her mother, Debra, is also involved in the organization.

Well of Hope’s largest undertaking is “Blessed To Be A Blessing,” a free Thanksgiving Dinner, which is open to Flint residents. “I had a literal dream,” Morgan shares. “In 2009, I dreamed about a Thanksgiving dinner with all of the fixings that we served to the community. I woke up and told a friend about it, that I was going to make my dream happen.”

The first BTBAB dinner happened in 2009. “We planned it in two months!” Morgan exclaimed. “It was a grassroots effort and several hundred people attended.” WOH went on to partner with Catholic Charities as the event continued to grow. Now, more than 600 guests attend the dinner. “It is nothing but God,” says Morgan. “He gave me that dream.” 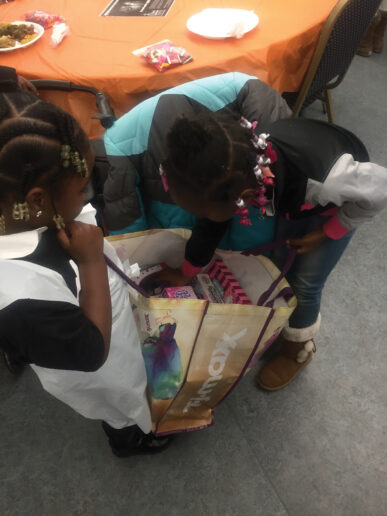 During one of the annual dinners, Morgan noticed that some of the people who were standing outside in the cold waiting to get in were not wearing socks. Now, WOH has a sock giveaway during the dinner. “We have probably given away 6,000 pairs of socks!” she exclaims. The community donates to the cause, along with Mott Community College Public Safety and ELGA Credit Union.

Last year, Well of Hope was unable to host their annual BTBAB dinner due to COVID restrictions. “With tears in my eyes, I canceled the dinner,” Morgan remembers. They still had a sock giveaway by donating socks to Catholic Charities, who in turn, donated them to other organizations including Whaley Children’s Center, the YWCA, My Brother’s Keeper and REACH. “We could still make an impact without holding the dinner,” Morgan adds.

Along with the Sock Drive and the annual Thanksgiving Dinner, WOH currently operates two food pantries, Boxes of Hope. “We built the food pantries in October 2017,” Morgan reports. “People can go and get whatever they need. They just go in and fill the box or they can tell us what they need and make an appointment for any hour of the day to come and get it.” There is no requirement for need, she adds. “Struggling families may want some privacy. Everybody just needs help in certain situations and the need is significant, especially with COVID.”

Another issue important to Morgan is curbing violence. One past WOH program was called “A Broken Generation.” The program provided resources to single mothers who have been affected by violence. Morgan had experienced violence on two occasions that affected her personally. “I lost two close friends to violence,” she shares. “They were teenagers and I talked to their mothers. We worked with police to change the narrative.” 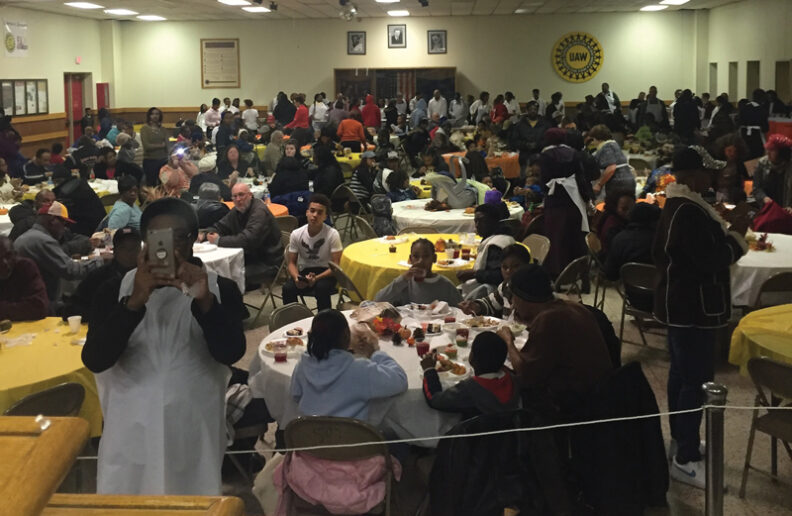 This year, the Blessed To Be A Blessing Thanksgiving Dinner will be a “pick up and go” event. Well of Hope is looking forward to perhaps holding a sit-down dinner again in 2022. “I have always enjoyed cooking and we provide a real home-cooked meal. My mom makes some good food!” Morgan says. Her mother prepares pans of her special dressing, which is always a favorite. The meal also includes turkey, mac & cheese, mashed potatoes and much more, all home-made.

Many volunteers work together to make the dinner a success each and every year. “We are a community effort. And, it’s not just a meal – it is a celebration with music and a DJ,” say Morgan. “People are up on their feet, dancing. It’s just a big day! We make sure everyone who attends the dinner knows they are loved. It makes me cry.”

Morgan attended UM-Flint and holds a bachelor’s degree in social work and a master’s degree in public administration. “I’m a ‘Go Blue’ girl,” she says with a smile. “I’ve never gone without in my life,” she admits. “I’ve never known what it is like to not have. That made me strive to level the playing field. I believe poverty can be eradicated. It’s all about advocacy.”

Well of Hope is always looking for volunteers to make the BTBAB Thanksgiving Dinner a success. Those interested can call Morgan at 810.789.3407 or sign up on the Well of Hope website.