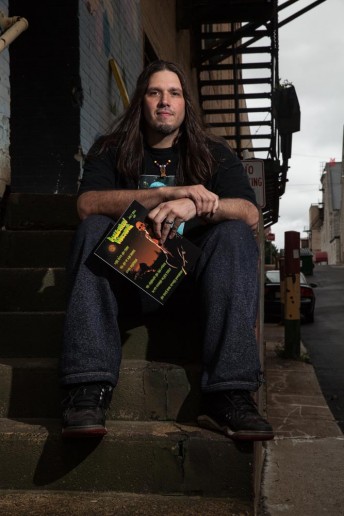 Everyone from casual Halloween fans to those who live for all things spooky will enjoy Halloween Machine, a magazine jam-packed with all the thrills and chills of their favorite time of the year.

Debuting in May 2012, Halloween Machine is the mad creation of Flint author Paul Counelis. Describing himself as “Halloween obsessed,” Paul publishes an issue of his magazine each month from June to October. And as far as its creepy contents are concerned, he says, “If it has to do with Halloween, you’ll find it in this funky little rag.” A labor of love, Halloween Machine is catching on with folks in and outside of Flint, a testament to the eternal allure of All Hallows Eve, which continues to mesmerize both young and old.

A long-time “Halloween fanatic,” Paul puts a lot of his love for the holiday and its traditions in each issue. “It was really inspired by feeling wistful for Halloween at different times throughout the year,” he explained, “and the lack of any kind of publication that gave it enough treatment.” Each issue features a cornucopia of Halloween-related information, including pro and amateur tips for the haunted house hobbyist, as well as Halloween memories and interviews with horror movie personalities. The magazine typically sells about 100 copies per month, so Paul was surprised when sales of the October 2013 issue exceeded 1,000 copies. “I almost fainted when I found out!” he laughed.

Crystal Counelis remembers the day her husband came up with the concept for Halloween Machine. “I always try to support him with all his crazy ideas,” she laughed, adding that there’s a niche for a unique a magazine created by and for Halloween fanatics. “He wrote the entire first issue by himself,” Crystal recalled, “and it was finished in about a month’s time. Now, our daughter, Audriana, writes a monthly column called ‘Halloween Store Sightings,’ and our sons, Zak and Jesse, like writing articles and drawing pictures for it. Even our five-year-old daughter Miley writes funny columns once in a while.” 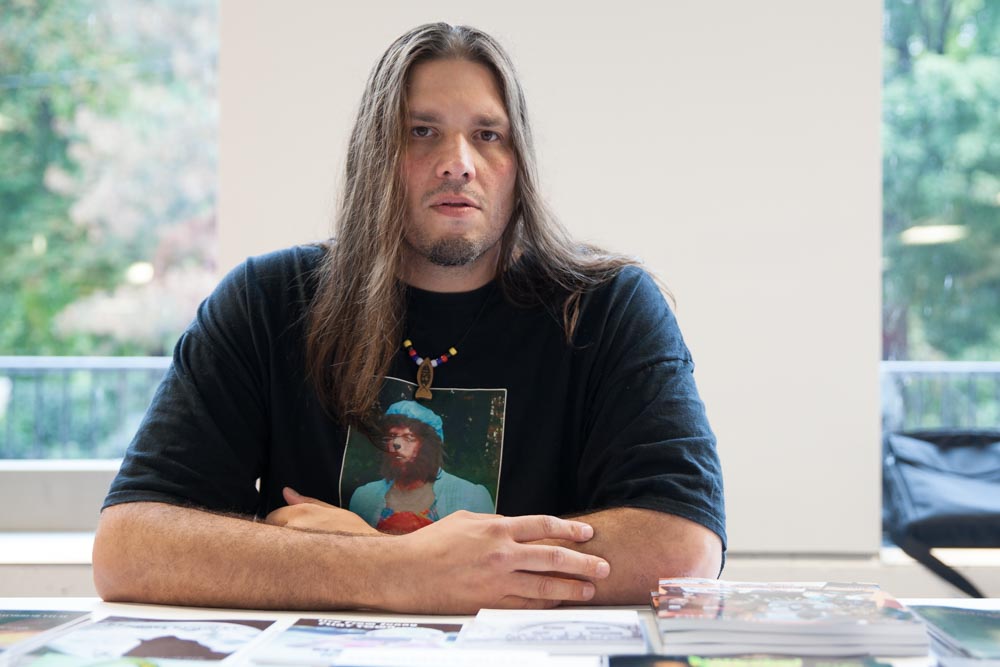 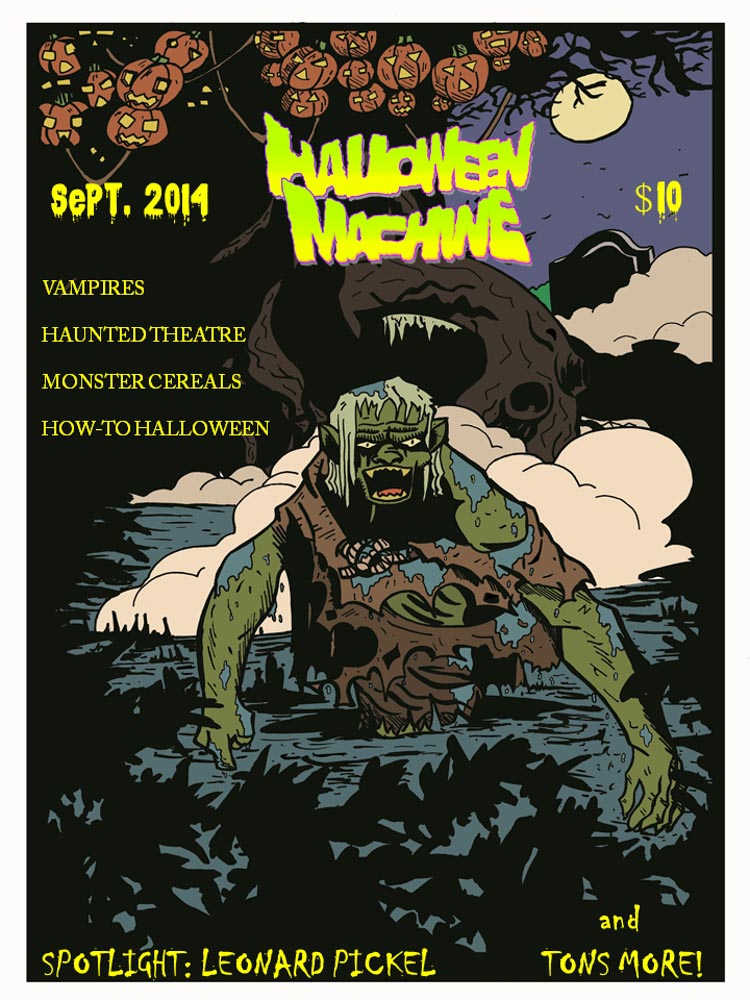 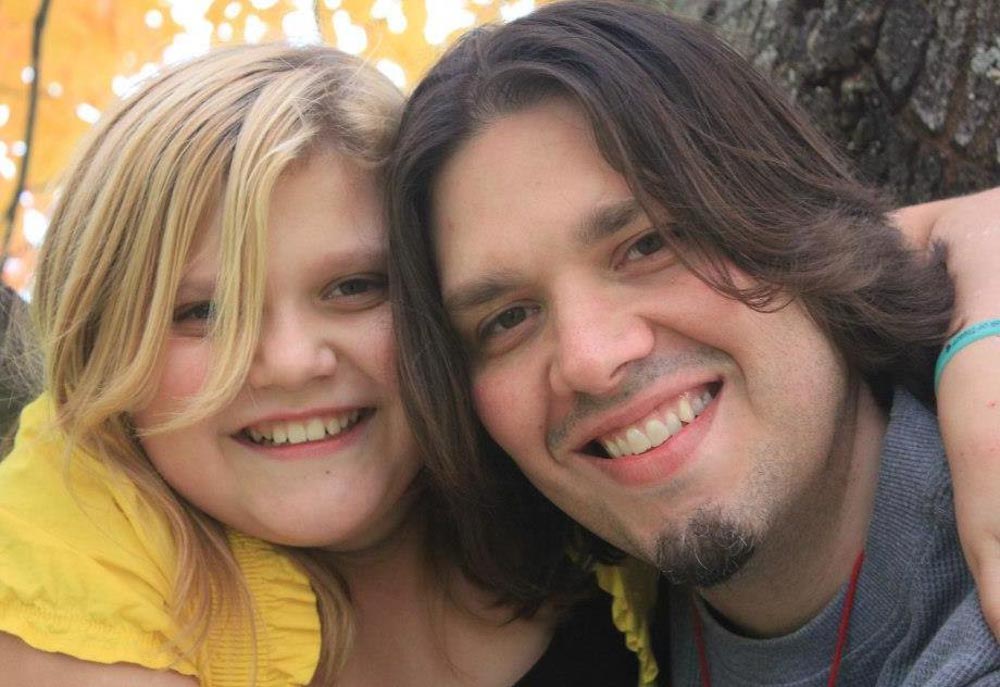 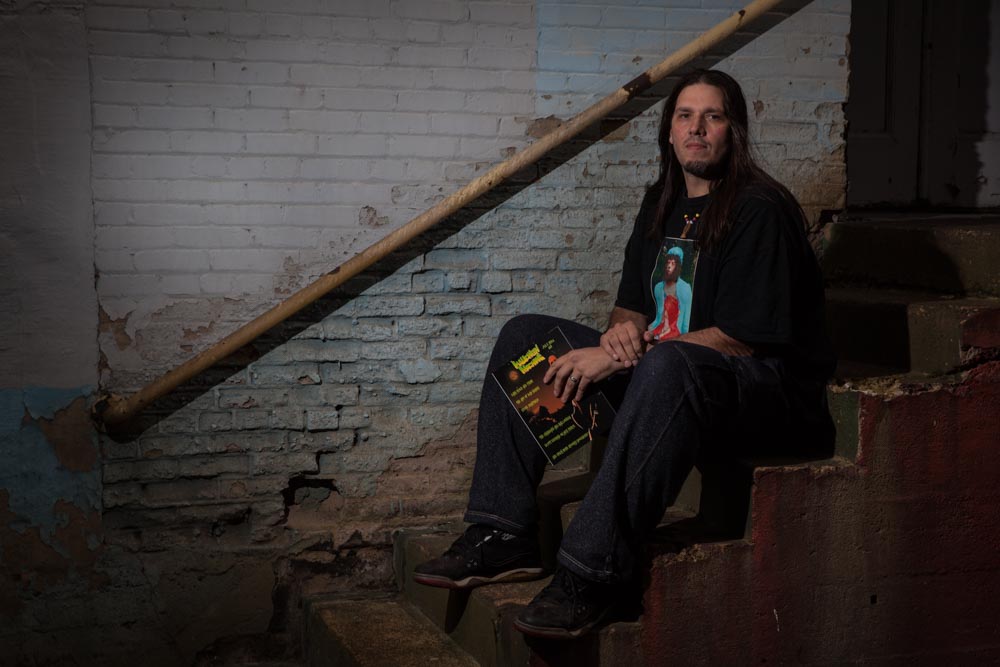 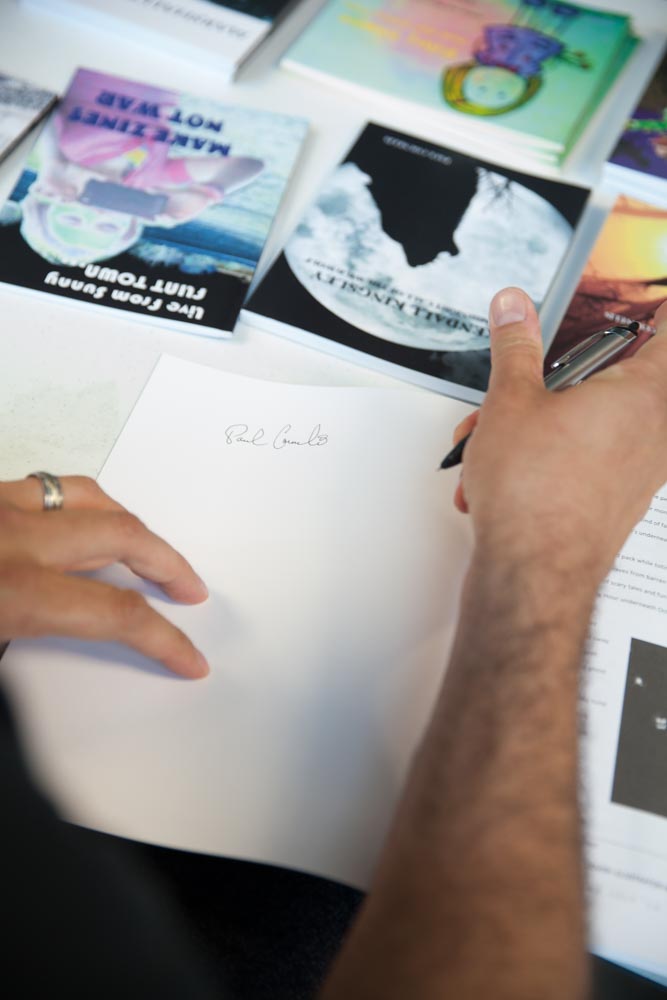 Having his Halloween enjoyment interrupted is what led to Paul’s fascination with the scary holiday. As he explained, “I had grown up trick-or-treating, but when I was 13, my parents quit celebrating Halloween due to religious reasons.” Paul says his parents still allowed him to help his grandparents hand out trick-or-treat candy, which was something he looked forward to with anticipation. “It was fun to see everyone all dressed up,” he recalled, “and after the last trick-or-treater, we’d watch scary TV shows such as Alfred Hitchcock Presents. I have a lot of fond memories of those times.”

It was during these formative years that Paul was hit with the “Halloween spirit,” an experience that was burned into his memory as intensely as any autumnal bonfire. While walking home from his grandparents’ house one Halloween, he came to an abrupt halt. Suddenly, the sights and sounds – children laughing, the wind blowing through the trees and all the costumes and decorations – enveloped his senses. The magic of that important moment served as the impetus for his decades-long love affair with the fall holiday. “Halloween just has this energy about it,” Paul said. “You can practically feel it in the air.”
With his artistic sensibilities and Halloween as his inspiration, Paul has made the macabre his chosen milieu. He is the author of 17 books, including Virtues of the Horror Film, 25 Underrated Horror Films (and The Exorcist), and Voices of October. He also created the wildly-popular “Scarriage Town” at his house on Averill Road near Davison Road every year since 2008. This “home haunt” – a Halloween attraction hosted in one’s home and/or yard – continues to attract hundreds of children and their parents to the Counelis house. As Paul says, “It’s something that involves my whole family, and my kids enjoy it more than going trick-or-treating!”

Sprawling across the Counelis’ front yard, back yard and garage, “Scarriage Town” is an elaborate production. The highlight of each tour is a battle between “Jason Voorhees” (Friday the 13th) and “Freddy Krueger” (Nightmare on Elm Street), played by Paul and his brother-in-law, John Randol, respectively. Says John of the experience, “It’s great to see the faces of kids and adults when I jump out dressed as Freddy. When Paul comes out as Jason, they really get excited.” The battle culminates with “Jason” grabbing one of Paul’s kids and stuffing him inside a coffin. “The pure joy it brings to the neighborhood is amazing!” Randol exclaimed.

People wishing to host a home haunt as successful as “Scarriage Town” need to read the September issue of Halloween Machine. “We have an amazing interview with Mike Caron, owner of the ‘Never Rest Graveyard’ haunt in Lewiston, ME,” Paul said. “He’ll teach readers how to make a column of scary faces, which makes a great Halloween prop. We also have an interview with the godfather of haunting, Leonard Pickel of Hauntrepreneurs® Themed Attraction Design & Consulting, who discusses turning the hobby of haunting into a business.” The September issue also features submissions from author Kurtis Primm of Melvindale, MI, whom Paul says has been hugely supportive since the publication’s inception.

Issues of Halloween Machine are available at Amazon.com, Barnesandnoble.com and Lulu.com. “I’m working on getting future issues into brick-and-mortar stores in the area,” Paul added, “so more people can enjoy everything it has to offer.”

Although the magic of Halloween is a fleeting phenomenon, the buildup to this fiendish festival crackles with an energy all its own. Capturing and chronicling this excitement is Paul Counelis’s calling, and his passion for all things All Hallows Eve is evident in the pages of Halloween Machine. For kindred spirits who thrive on all the frightening fun that October brings, this unique, locally-produced publication will continue to be a fitting tribute to their favorite holiday.