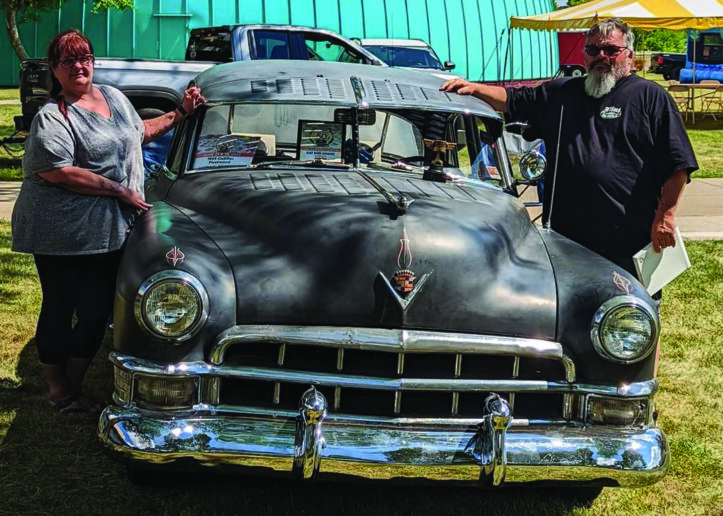 For as long as he can remember, Mike Stormer has loved old and classic cars. “I’ve always been an old car person,” he says. “In 1987, was driving a 1972 Buick Electra and my mother rode around in a 1972 Delta 88 until 1988 or so. I loved those cars. It’s always kind of been my thing.” For years, Stormer cruised around in a 1970 Pontiac Catalina until an unfortunate accident retired the car. In his search for a replacement, Stormer found a unique ride that he wasn’t sold on at first. “Last summer, I found a 1949 Cadillac Fleetwood Series 62 for sale on Facebook and decided to check it out,” he remembers. “I wasn’t sure about it when I first saw it but the fact that it was so rare changed my mind. All my life, I’ve dreamed of owning a 1957 Chevy but there are already so many out there. I liked that this car was different.” Stormer took the Caddy home, made space in his garage and parked it inside. He had found his new classic. Since then, he has shown his vehicle at shows in and around Genesee County and even earned three awards. “It’s just a cool-looking car and I have only seen two others like it in Michigan,” he adds.

It’s just a cool-looking car and I have only seen two others like it so far in Michigan.

A military kid born in Florida, Stormer constantly moved around the U.S. following his father’s Naval career. “I had met my wife on a military base where both of our fathers were stationed,” he shares. “Her family was from Flint and we decided to move to the area in 1991. They are classic car owners, as well – between all of us, we can have our own show! It definitely runs in our family.” His kids grew up to share his love including his son who has special needs, which led Stormer to an idea. “My son likes cars but doesn’t do well in heat or loud environments,” he explains. “So, I decided to take the show to him and his friends at his school, Marion D. Crouse, and to the kids at Elmer Knopf.” Stormer called up his friends and the group took their cars to the schools so the kids could see them, touch them, sit inside and take pictures. “We had about 15 cars and when the kids came out to see them, it was like Christmas morning,” he smiles. “My friends say it was the best show they ever did.” 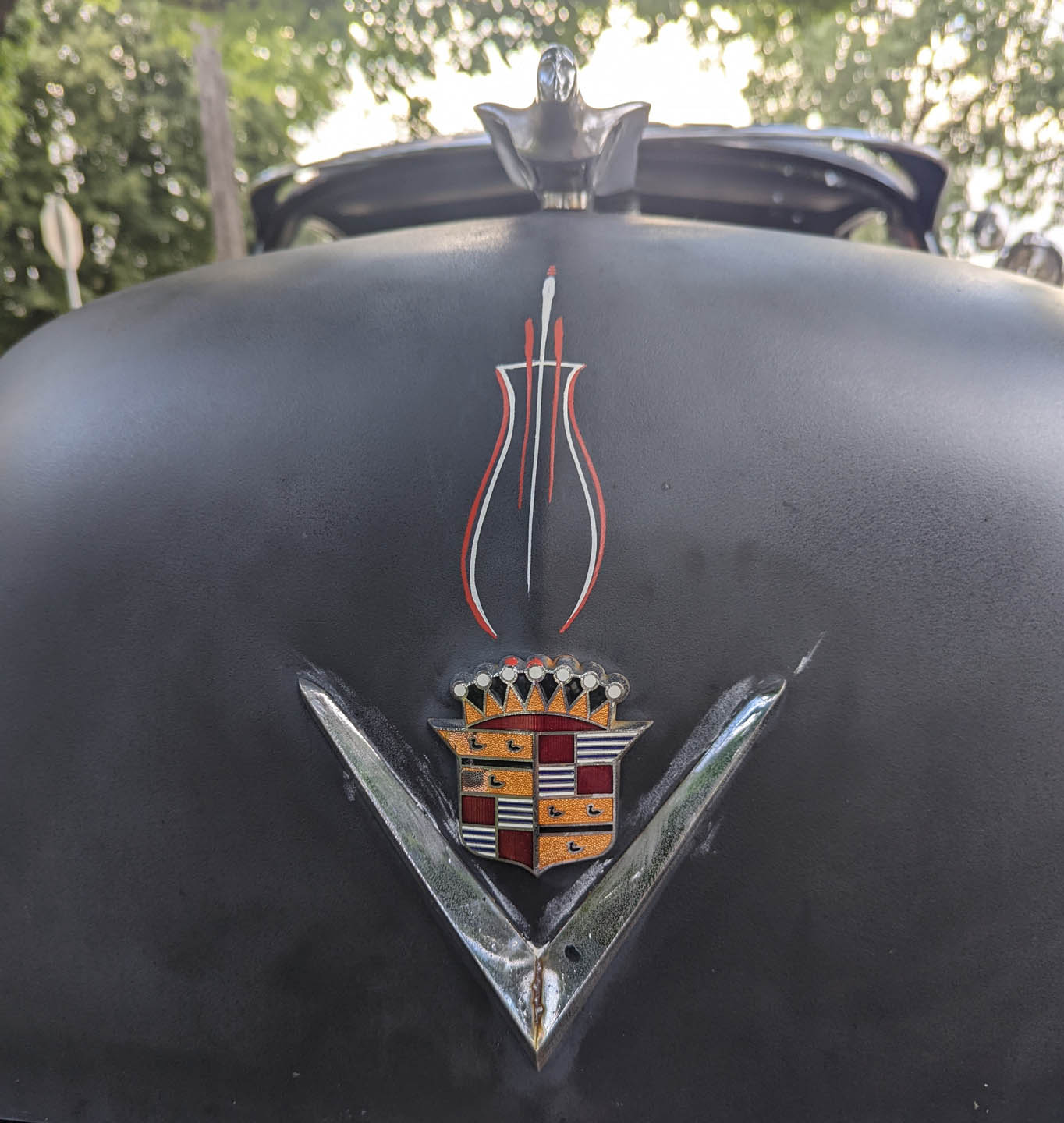 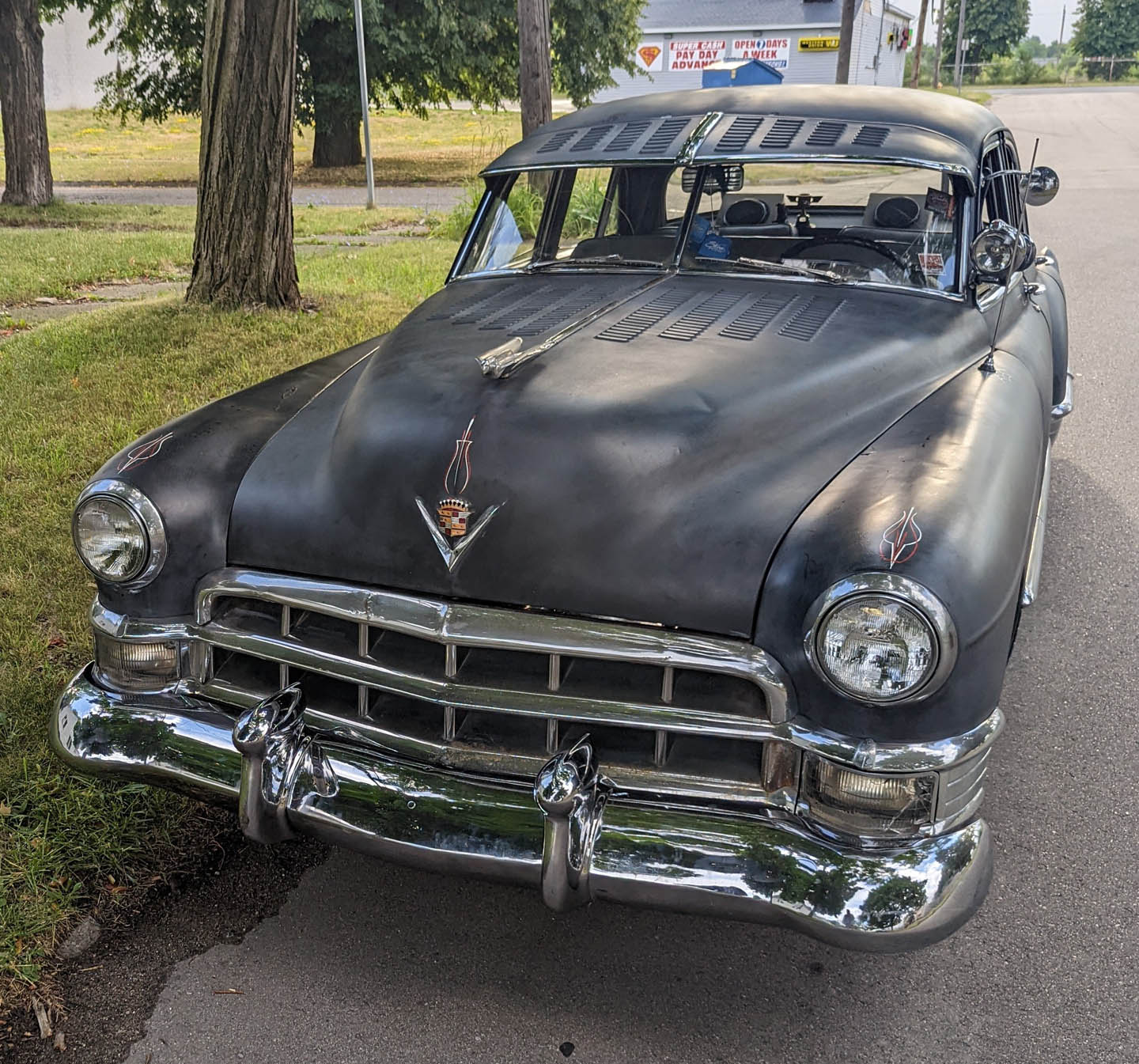 That pre-pandemic show led to the only award he got for his Catalina. “It was voted the ugliest car,” he laughs. Stormer has plans to do it again during this upcoming school year but the schools ask that the show be limited to six cars. With new enthusiasm, he hopes to hold more small car shows at other local locations such as care homes for the elderly. “Some people have limited mobility and difficulty traveling but love classic cars,” he states. “I thought, ‘why not bring the cars to them?’” And this time, he will be rolling in with his Cadillac.

His 1949 Fleetwood is considered a “rat rod” (a custom car with a deliberately worn-down, unfinished appearance typically lacking paint, showing rust, ect.) and as such, is a different kind of car for Stormer. “Some consider a rat rod a poor man’s classic car,” he explains. “A traditional rat rod has been kept running with mix-and-match parts and has limited original pieces. Rat-rodding is a subculture within a culture. It’s the biker gang of the car world.”

Stormer’s Caddy has most of its original parts with some exceptions; including the engine and transmission. “It has a Chevy 350 engine and a turbo transmission,” he states. Named the “Ratillac,” his car was said to embody the “spirit of rat-rodding” by one judge at the recent Sloan Museum Auto Fair where he won the Top Rat Rod award. “Another thing I frequently hear about rat rods is the old saying, ‘the rule of rat rods is there are no rules’,” adds Stormer. He went on to exhibit his car at the recent On the Road show in Burton where he again won the Top Rat Rod award, and at a small local show where his car took first place overall. It’s all very interesting, considering Stormer never meant to enter the Ratillac in competition at all. “I didn’t think it stood out, really. It was just a classic car to me,” he states. “I mean, at shows in the past, people would just walk by without even taking a look at it.” His mind soon changed after a recent show in Frankenmuth. “A guy told me I should have entered it to be judged on the previous day,” Stormer remembers. “I told him that it was just a car and the guy said, ‘You have a very cool car – don’t underestimate it.’ That made me appreciate it and I got to thinking about it.” At the Sloan event, he entered it as an afterthought and wasn’t even parked in the required area. “I didn’t even have my hood up when it was judged,” he laughs. “I didn’t know that was a thing. I was lucky that the judge hadn’t turned in his score yet. He came back to take another look.”

Needless to say, the Ratillac is here to stay and for Mike Stormer. “It’s the perfect investment,” he says. “This car is a survivor.”