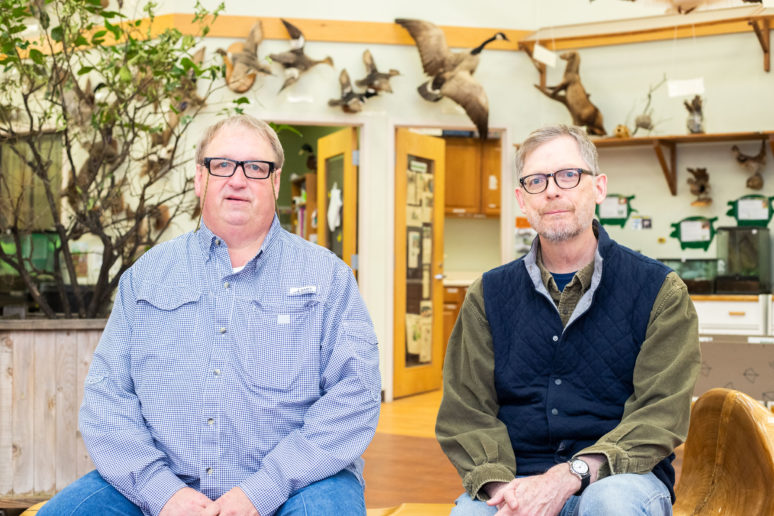 When Jeff Buecking was a boy living in a house on Chestnut Street in Flushing, he saw something one day that sparked a lifelong love of watching birds. Across the street, he saw a red-tailed hawk fly over a field, swoop down and catch a squirrel – a sight he says he has never forgotten. He also enjoyed birdwatching at this grandparent’s farm in Gladwin. “I took hikes in the woods and saw a lot of red-headed woodpeckers,” he shares. “That really sparked my interest.”

Buecking has been passionate about birding ever since. “It’s a hobby,” he says. “I go to a lot of different places every year to birdwatch.” One favorite spot is Whitefish Point Bird Observatory near Paradise in the Upper Peninsula. “I usually see migrating loons and raptors (hawks, eagles and falcons) there.” In May, Buecking enjoys attending an annual bird festival at the Tawas Point State Park in East Tawas. “It’s a good place to observe migrations,” he reports, adding that there are neo-tropical songbirds that breed in Michigan and Canada but spend the winter months in tropical South America. “They migrate at night and use the stars to navigate. When the sun comes up, Tawas Point (which is a peninsula) is the nearest place to land.”
Although Buecking has traveled to faraway places including Alaska, Ecuador, Belize, Mexico and Guatemala, there are many good spots right here in Genesee County to bird watch. “I go to Mott Lake quite often,” he says. Other prime local birding spots include: the Genesee Recreation Area, Holloway Reservoir and the For-Mar Nature Preserve. At the end of March and early April, common loons start to appear at Mott Lake. “In May, there are all kinds of neo-tropicals that migrate through and 30 different warblers that pass through our county,” Buecking says. “Orioles migrate through the county along with other neo-tropical birds.”

“I think the most important quality in a birdwatcher is a willingness to stand quietly and see what comes. Our everyday lives obscure a truth about
existence – that at the heart of everything there lies a stillness and a light.”
Lynn Thomson, Birding with Yeats: A Mother’s Memoir

There have also been some rare bird sightings recently in Genesee County, according to Buecking. Near Flushing, someone spotted a fork-tailed flycatcher, which is a breed from Central and South America. The bird is white below, gray above, and has a black cap. Males sometimes show a yellow crown stripe and have an extremely long, forked tail, of even greater length than that of their cousin, the scissor-tailed flycatcher. “There are fewer than five ever recorded in the State of Michigan!” he exclaims 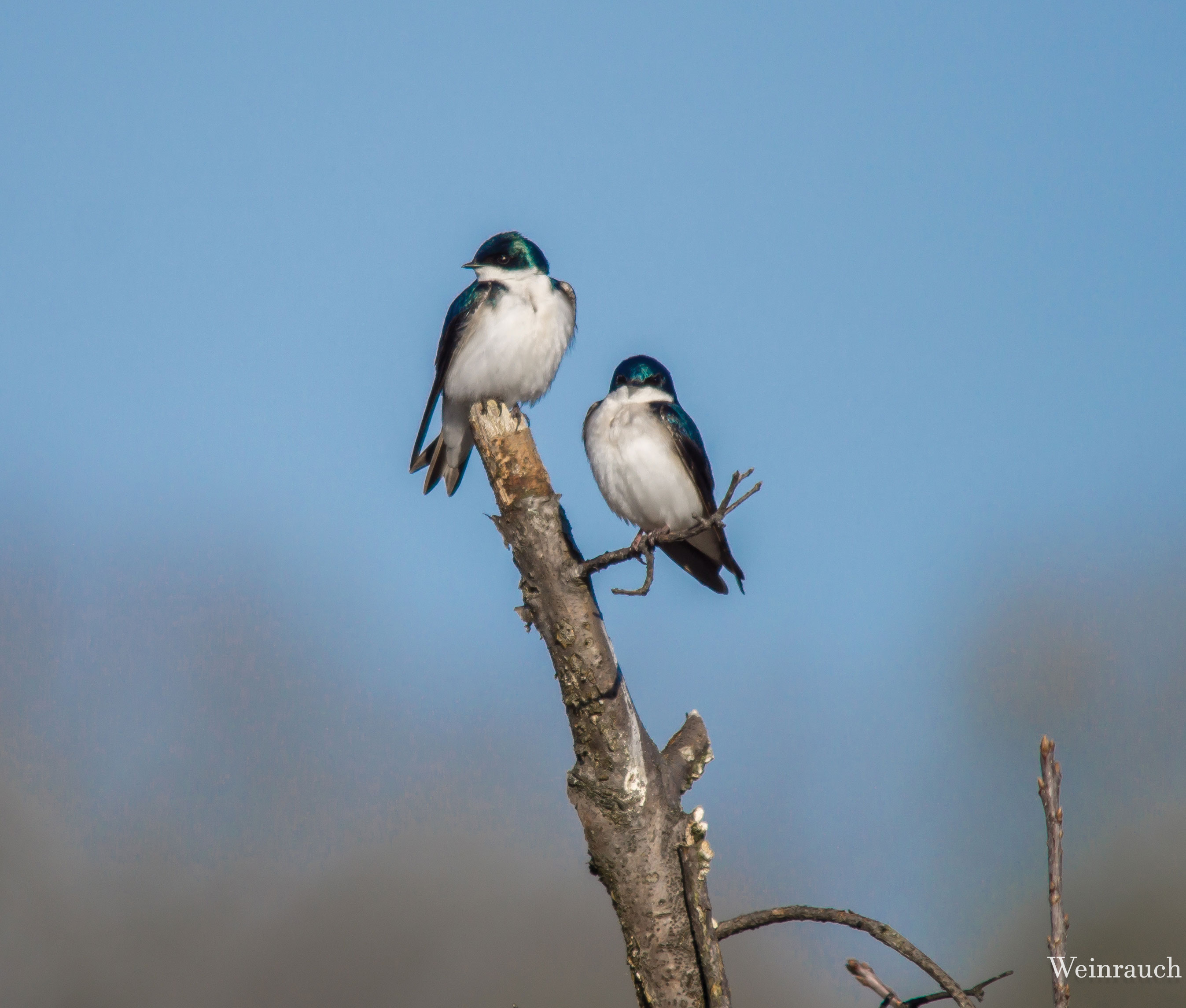 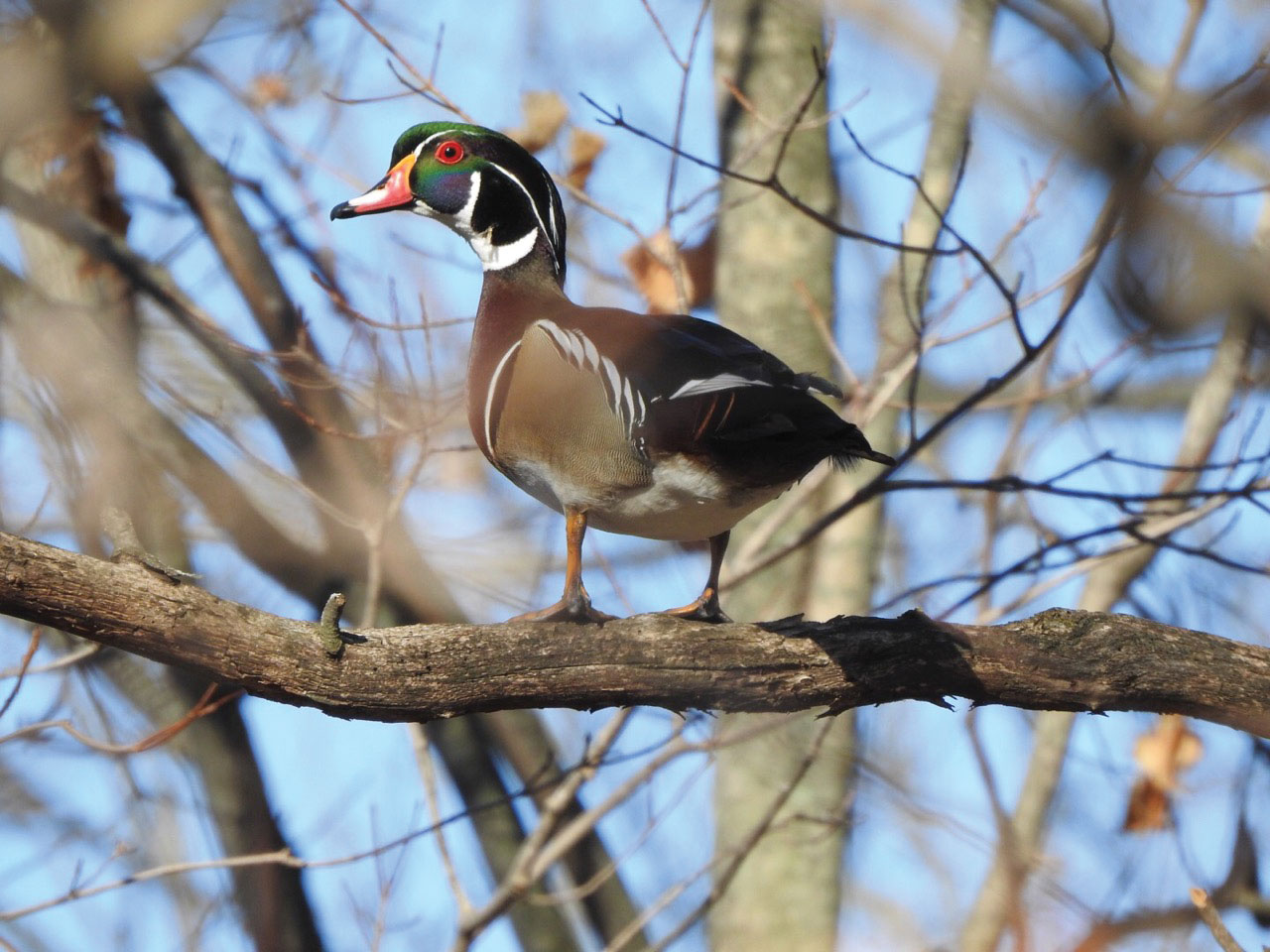 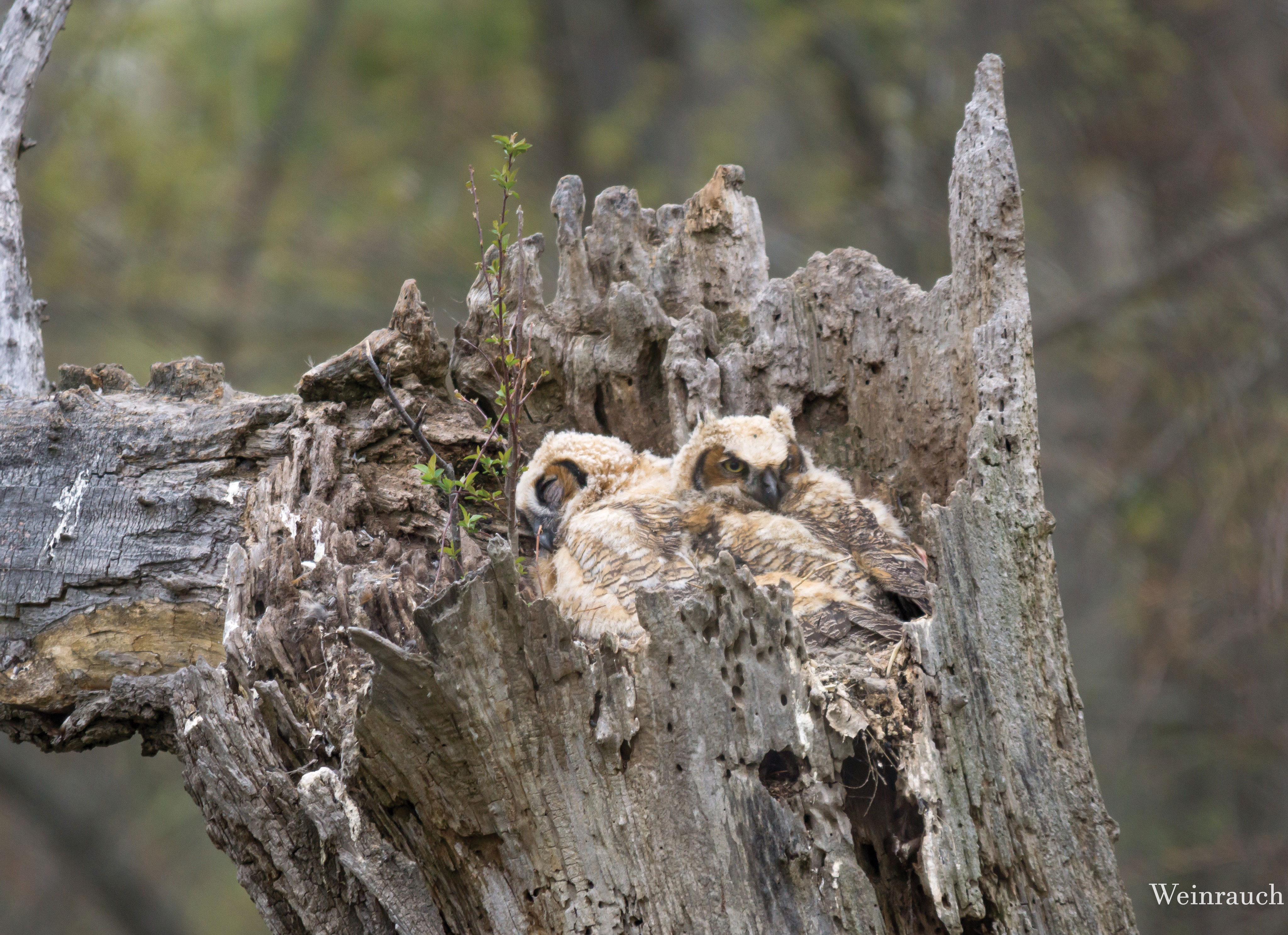 Great Horned Owlets
In March 2017, another rare bird was spotted at the Flint River near the University of Michigan-Flint Campus. The rare ivory gull – most commonly found in Canada and the Arctic Circle – drew hundreds of bird watchers to Flint, some from as far away as Florida. Unfortunately, the bird was in a weakened condition and was found dead a few days later, Buecking shared.
Buecking is a past president of the Genesee Audubon Society, a sub-chapter of the Michigan Audubon Society. The membership is small and they meet about four times per year. The organization was founded in 1977 and Richard Naber is the current president. The group hosts presentations and field trips throughout the year. Those interested in attending the presentations and field trips or any of their activities can visit their Facebook page for information. “People might choose to come to one of our meetings or attend a field trip and become more interested in bird watching, and in planting trees and bushes to attract them.”
In his lifetime, Buecking has seen over 250 bird species in Genesee County alone. “Last year, I saw about 180 different varieties and one of our members saw the most – 212.” Buecking’s favorite? “I’ve seen so many, and it constantly changes,” he says, “but common ravens are as interesting as they get. I like the sounds they make and their behavior is quite interesting to watch.” 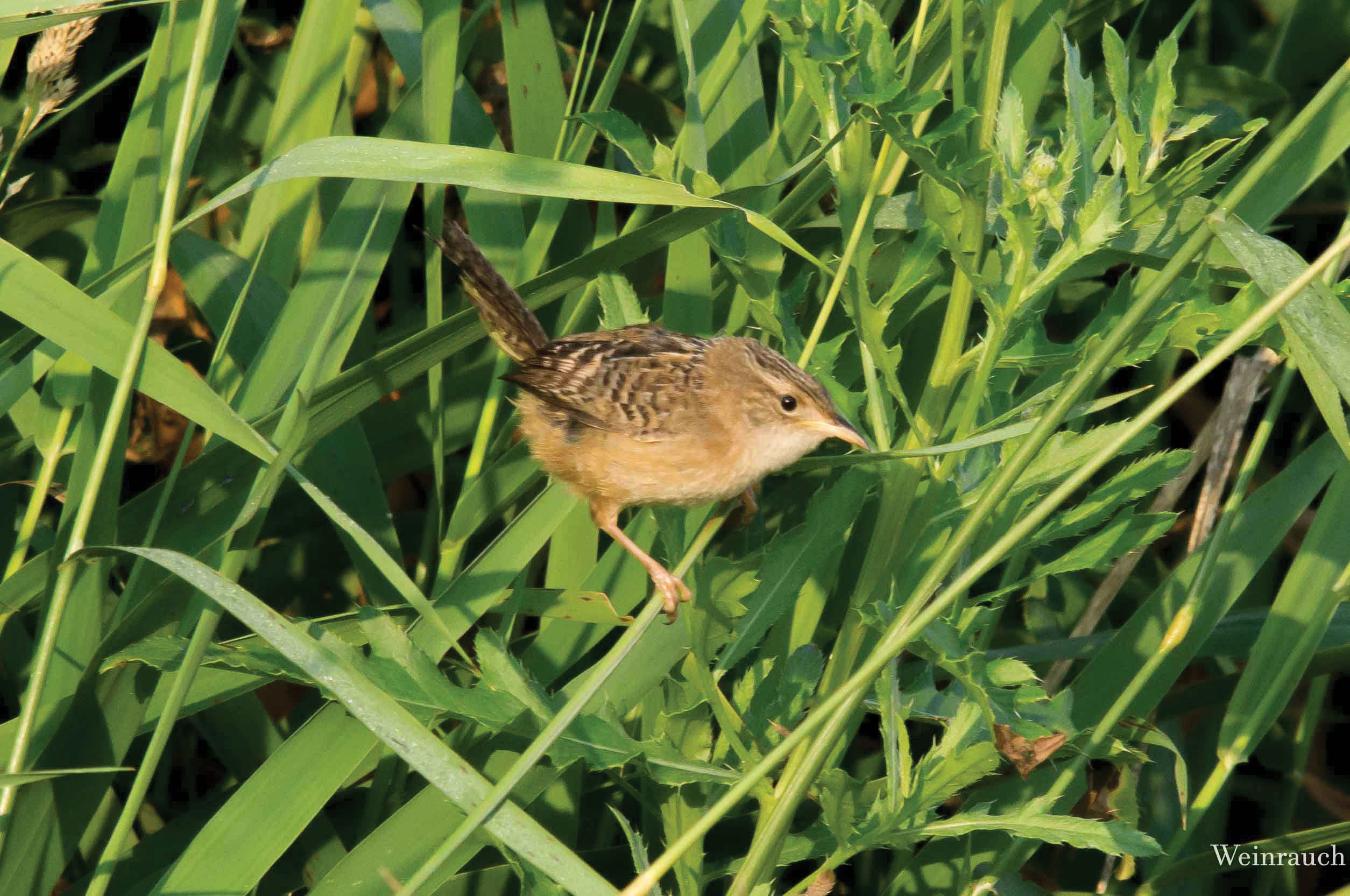 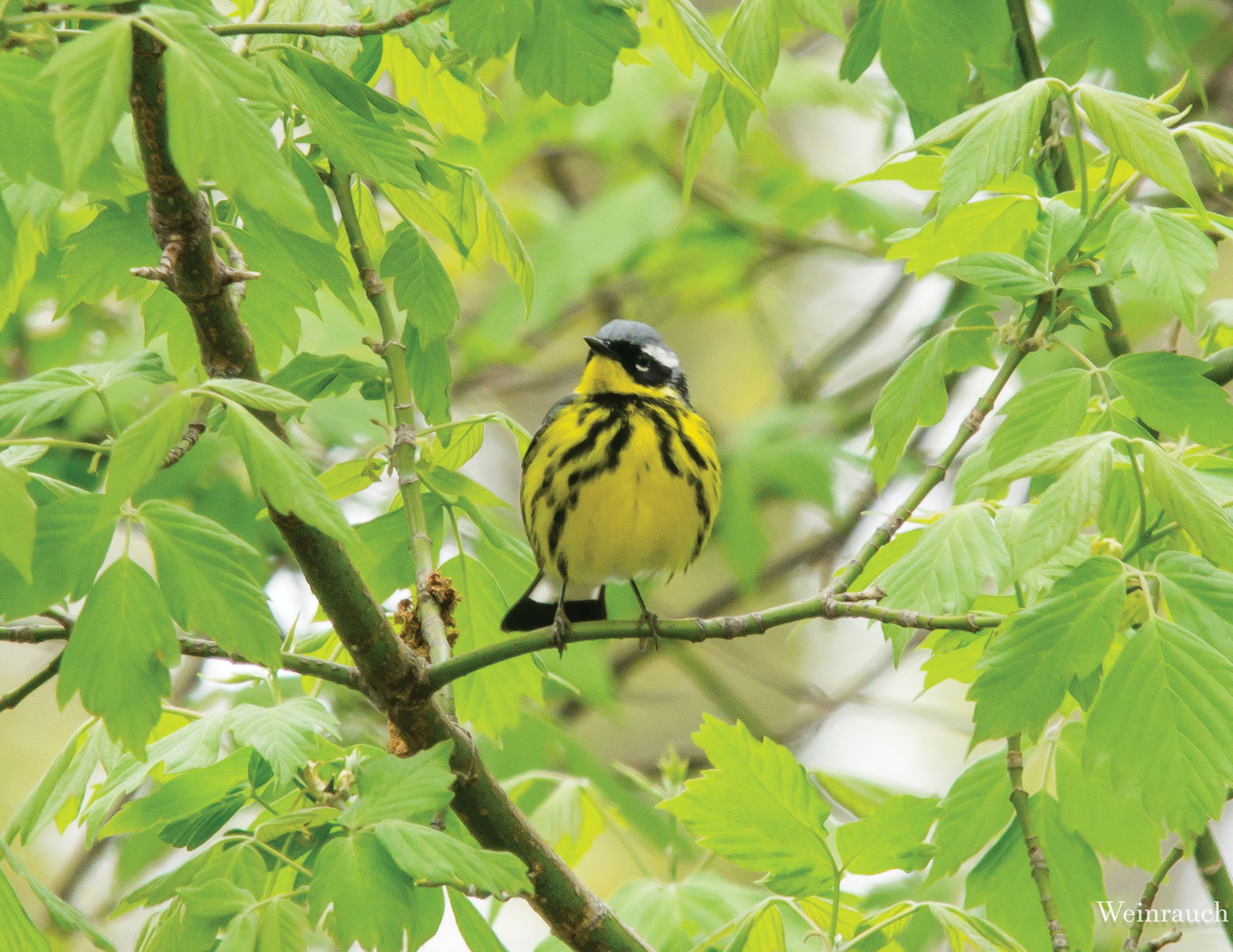 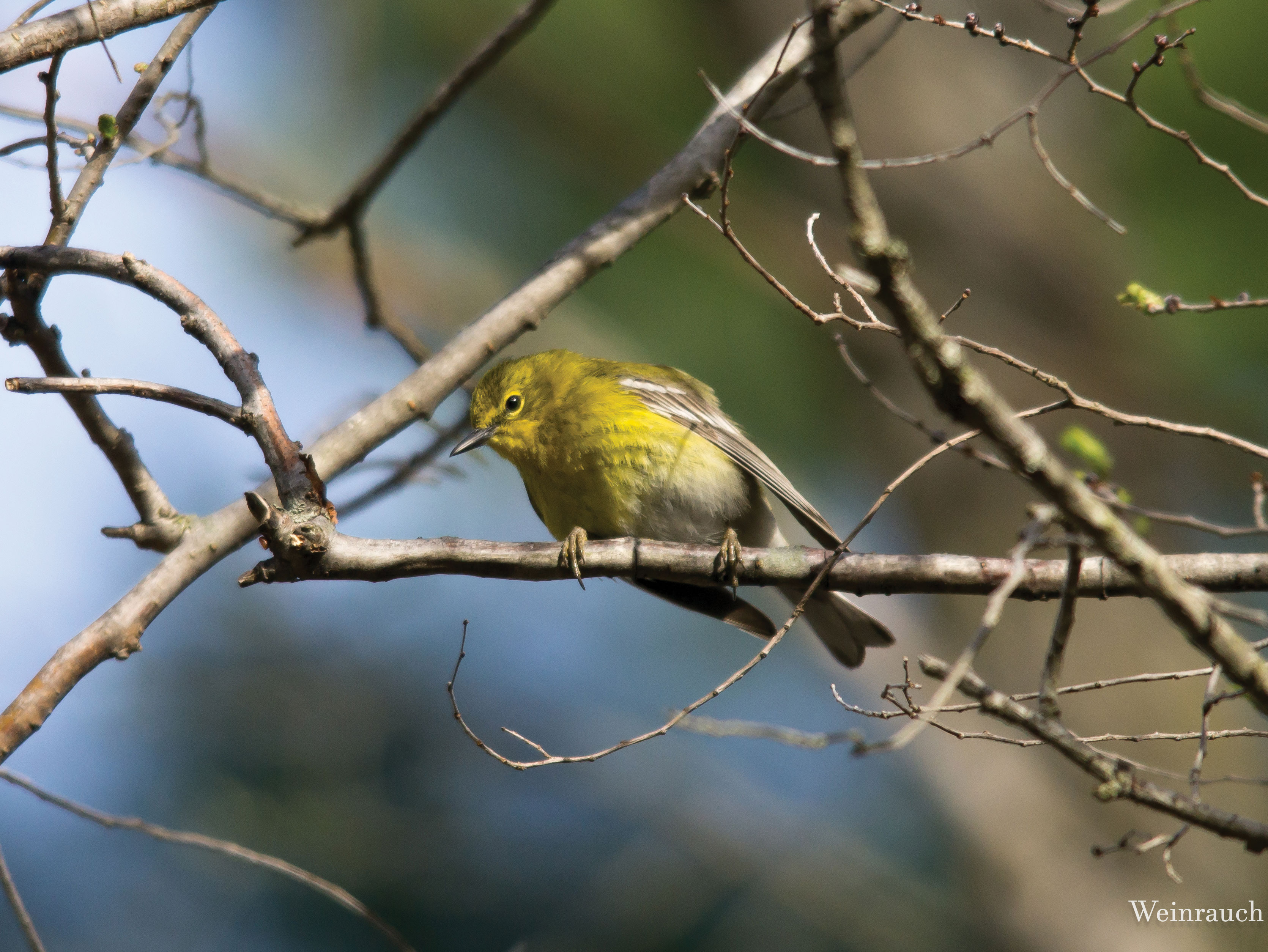 The Tawas Point Birding Festival is a Michigan Audubon Signature Event supported by the local chapter, AuSable Valley Audubon. Tawas Point is well known for high concentrations of migrating warblers during the month of May. Species highlights have included Kirtland’s Warbler, Cape May Warbler, golden-winged warbler, ruby-crowned kinglet, white-crowned sparrow, numerous raptors, shorebirds and more. In 2016, over 160 species were recorded during the festival weekend.
The 2019 festival will include guided tours of local hotspots, a “Birding 101” workshop, bird identification workshops and opportunities for birders to network and socialize. Festival headquarters will be at the Tawas Bay Beach Resort, East Tawas. Tours will either begin there or at Tawas Point State Park. 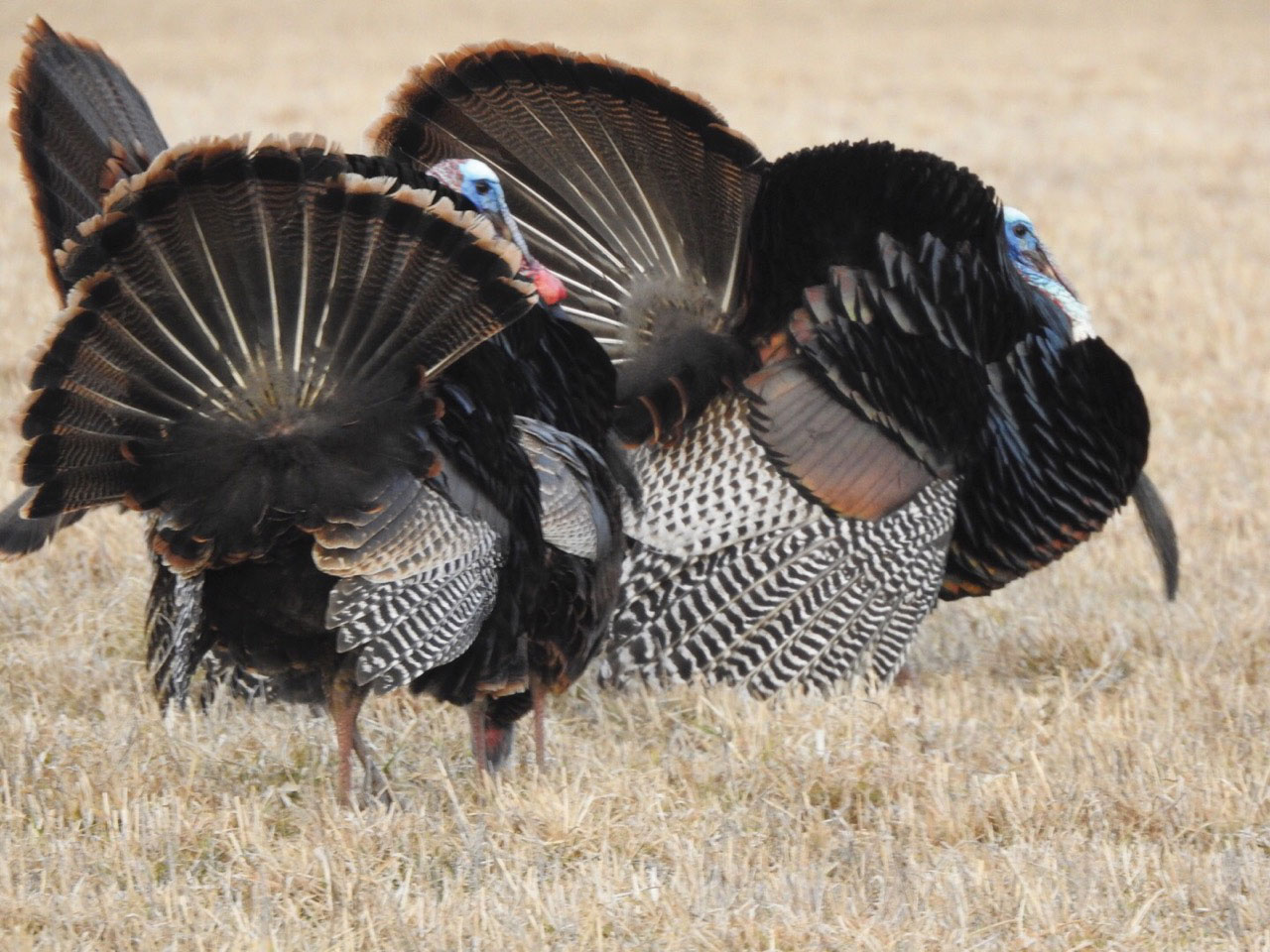 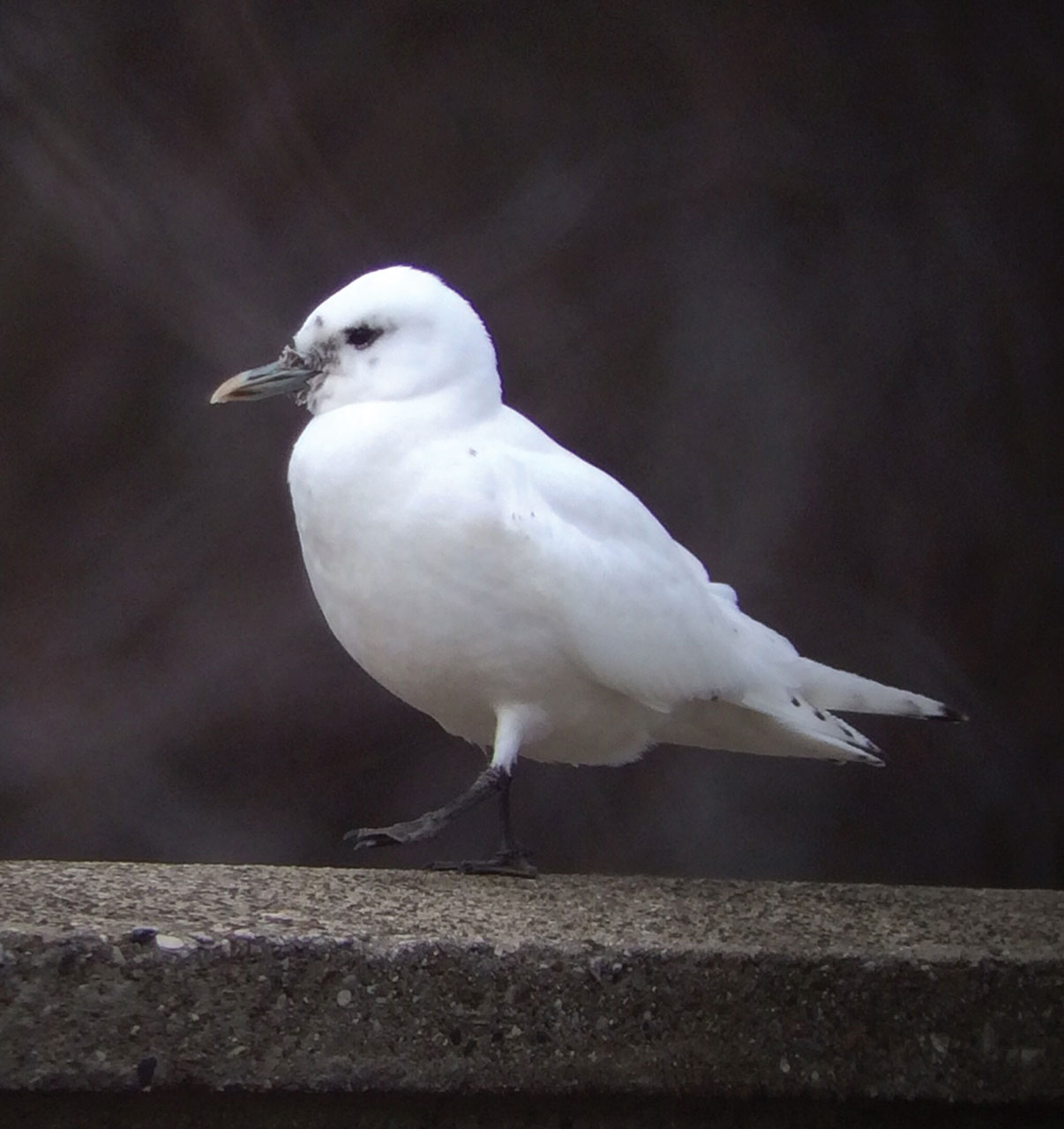 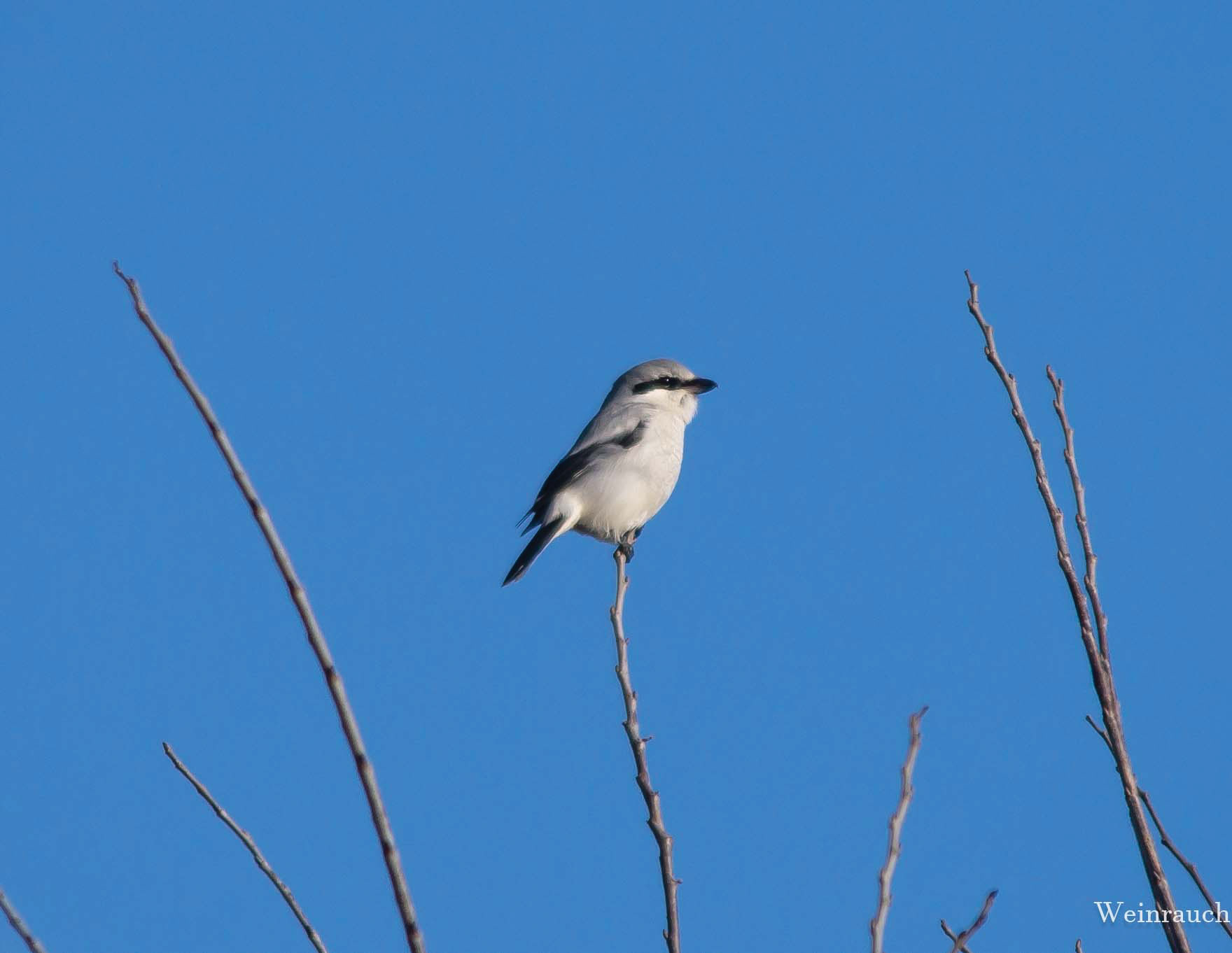 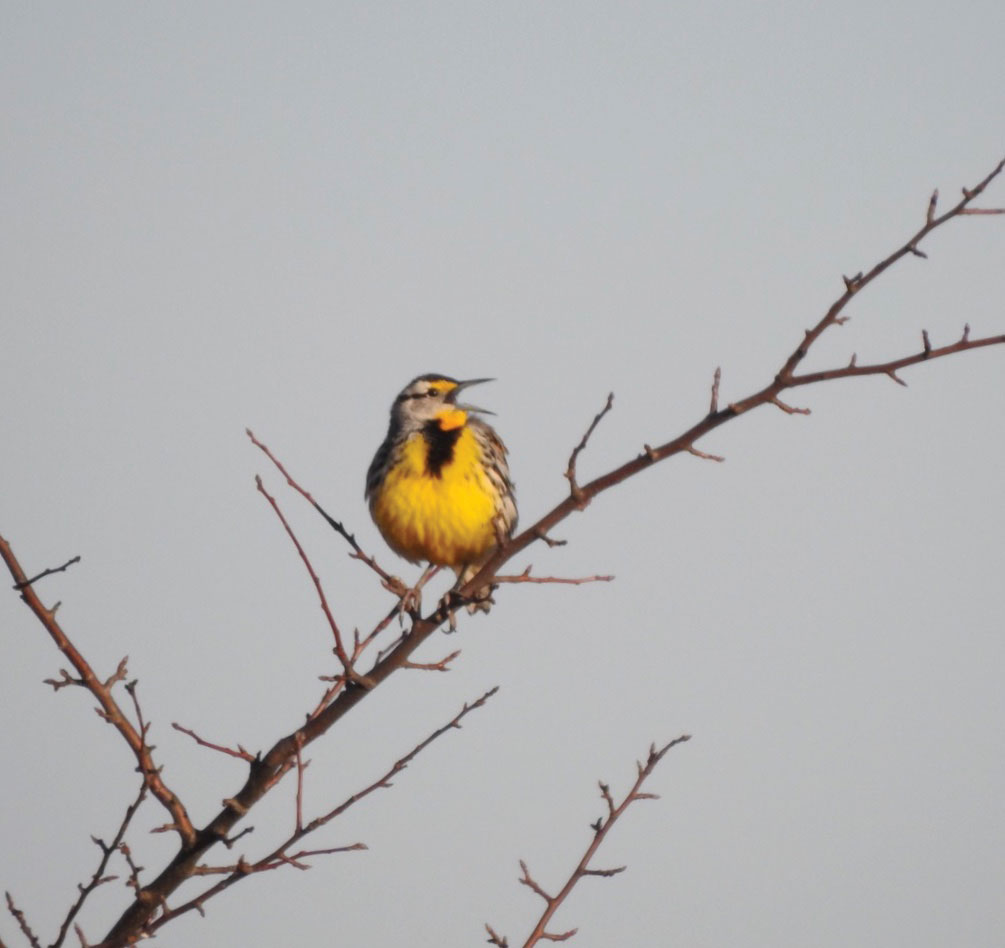 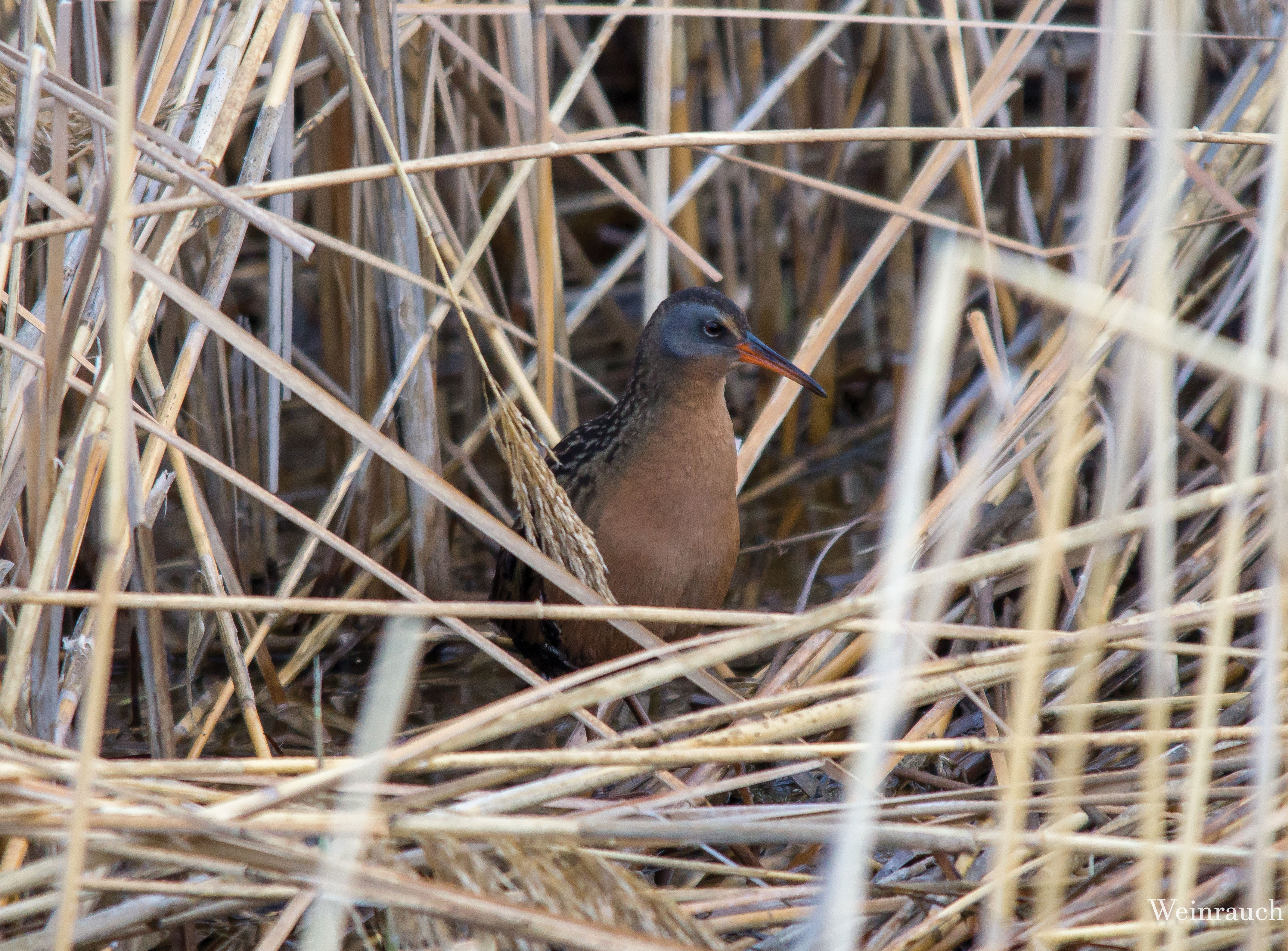 Genesee Audubon was organized to reach people of all levels of interest by offering a variety of workshops, field trips and presentations. The group strives to enhance public awareness of the natural world through promoting environmental education and scientific research of our natural resources and the environment.