This series profiles the beginnings and history of the towns and cities surrounding Flint in Genesee County. The profiles will be presented in order according to the earliest known settlement year. Major highlights will include founding, notable personage, major events, noted locations and businesses.

In the beginning of the 1830s, the area that is now Genesee County was sparsely populated. Flint was beginning to make headway as prominent travelers began setting up posts and taverns along the river. Grand Blanc land was also being quickly claimed as native Americans began leaving the area to white settlers. (In 1832, native Americans were being forced west in many parts of the country along the Trail of Tears.) Quite quickly, settlers began to eye land just east of Flint, hoping to set up claim in the new world. In 1929, land was first purchased in what is now Burton by Rufus W. Stevens and Reuben Tupper, both men of families who settled years before in the Grand Blanc area. They were the first men on record, but many believe the first to settle to the east of Flint was Levi Gilkey, choosing land next to the small creek that still bears his name. Gilkey never went on record as a landowner until 1831. A man of quarrelsome nature, he swiftly left the area after a series of legal disputes.

While Gilkey, Tupper and others were building their houses and farms, three men – Shubael Atherton and his brother Perus, and Pliny Skinner – were arriving just south of the county in Pontiac. The Atherton family came to Pontiac from Jefferson County, NY looking for a place to farm and worship in solitude. After settling for a time in Pontiac, the trio ventured north and met Reuben Tupper. The men fell in love with the land of Genesee County and laid claim. They quickly got to work completing the second road built in the county (the precursor to Atherton Rd.) after Saginaw Rd. In the fall of 1835, the families of Skinner and Atherton were settled. The three families formed the foundation for the “Atherton Settlement” on Thread Creek.

Named after the first school teacher, Betsy Atherton, this school was built in 1836.

In 1836, families from Jefferson County, NY made their way to the Atherton Settlement. Among those who joined the settlement were: Henry Schram, Capt. Nathaniel Curtis, William Bendle, Adonijah Atherton, Abel Donelson, Ovid Hemphill, Daniel Estes, Cephas Carpenter and others. Many stayed initially at the settlement and then struck out on their own. In 1836, a school was established and named after the first schoolteacher, Betsy Atherton. Soon thereafter, the Cole and Donelson schoolhouses were built. The winter of 1836 was incredibly hard for those at the Atherton settlement. Food and help were scarce. Betsy Atherton succumbed to sickness and other family members passed away. The families in the settlement relied upon each other and religion to weather the season. Shubael Atherton was deacon of the Baptist Church, holding revivals and gatherings for the settlement in his house. The Atherton settlement rebounded and began to flourish the next year.

In 1837, one of the most prominent clergymen of the century made his way to the settlement. The Reverend Orson Parker left his family in the capable hands at the Atherton Settlement and embarked upon a lifelong quest to spread the word of his faith. He spent a time in the city of Flint where in his first year, he gave the first communion of the First Presbyterian Church of Flint (then the First Congregational Church of Flint) in a barn. As the church moved to the corner of Saginaw and Kearsley Streets in 1884, Reverend Parker had already passed away during his travels in New York State. In 1876, Reverend Parker wrote and published “The Fire and the Hammer, or Revivals and How to Promote Them,” in which he explained his travels and the motives and functions of the church, mere months before his death. 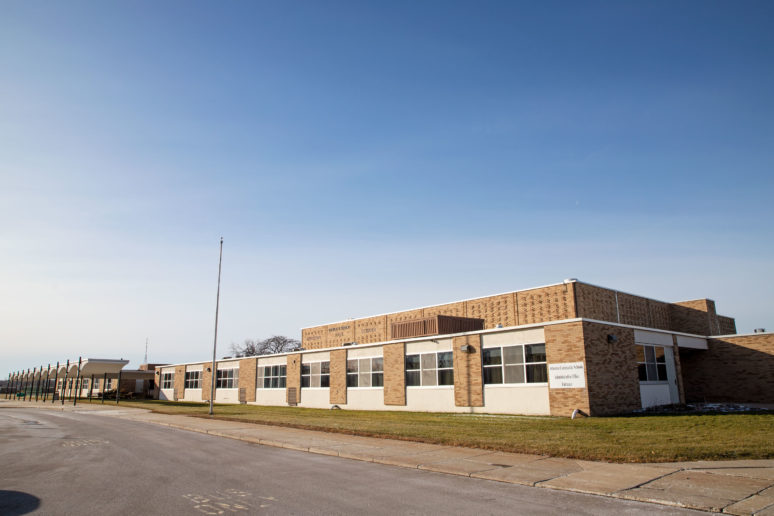 In 1836, Atherton schools began on the grounds of the Atherton settlement.

As the Burton area was being populated in the early 1830s, it was known as Grand Blanc Township. In 1836, the area became part of Flint Township. Three years later, three gentlemen from the Atherton Settlement – Ira D. Wright, Ovid Hemphill and Willard Eddy – were elected commissioners of highways of Flint. During their many works, they laid out the plan and route of “road 86.” This road was to be the first work of Mr. Hemphill and now bears his name.

Finally, in 1855, six years after the death of Shubael Atherton, the Board of Supervisors of Genesee County resolved to divide the Flint Township into two. The newly created township was named after a prominent local farmer, John Burton. On October 12, 1855, Burton Township was born. In 1861, Burton received a post office under the management of Postmaster Horace L. Donelson. It closed within six months, possibly due to the outbreak of the Civil War. After the war, Burton gained another of its prominent citizens when John C. Wolverton returned to the county and purchased land in the township after serving under Col. William M. Fenton in the Fenton Light Guard.

The Township of Kearsley

In 1839, county supervisors annexed the northern portion of the land to form the short-lived Township of Kearsley, named after Major Jonathan Kearsley, former mayor of Detroit and War of 1812 veteran. Kearsley Creek, a prominent street in Flint and Kearsley High School also bear his name. (Until 1836, if one wanted to purchase land between Detroit and the mouth of the Saginaw River, one would have to go through the United States Land Office in Detroit where Kearsley was the receiver. Kearsley later obtained acreage in Montrose Township.) The section of land was re-annexed by Flint in 1844. 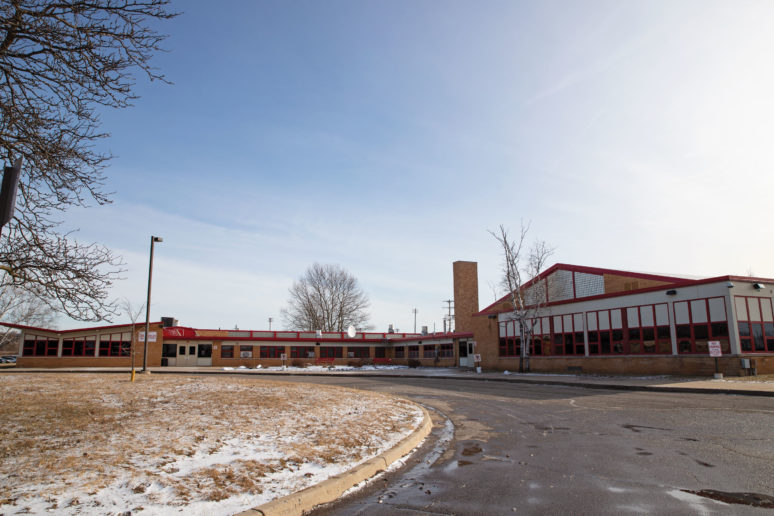 In 1914, Bentley schools started in a one-room schoolhouse on land donated by Seymour Bentley

After the Civil War, travelers continued to settle into the township. Population began to grow and soon, eight school houses operated in the area in and around the Atherton settlement. They were soon consolidated into four elementary schools: Fisk, Medler, Metzger and Herbst. Medler became the high school in 1954. The current Atherton High was built in 1965 and a new middle school was built in 1969. Medler is still open and operating as a charter school (Madison Academy).

In 1925, the first Bendle school opened, named after Mr. and Mrs. John Bendle – a farmer and former member of the Atherton Settlement. Bendle High School was opened in 1954 and lasted until 2008 when a new up-to-date school was built. In 1960, Bendle High School produced one of the best athletes to come from Genesee County. A future NFL veteran, Paul Krause played in four Super Bowls and still holds the NFL all-time interception record with 81. 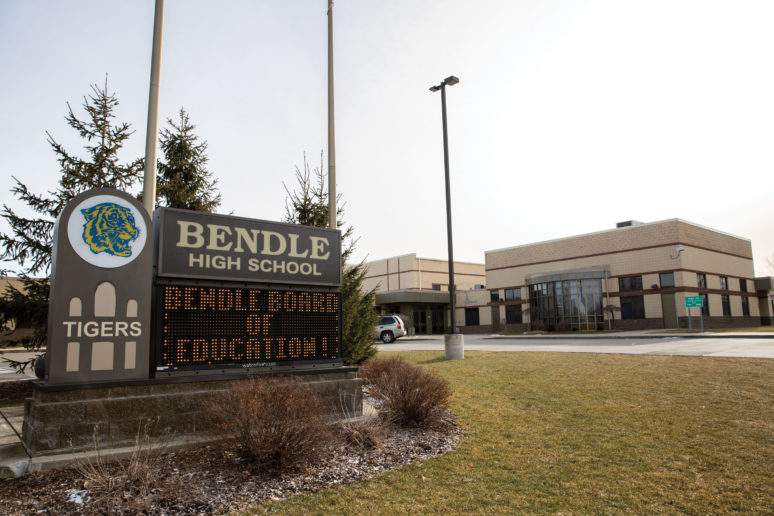 In order to service the area north of the Atherton Settlement, a new school district was created. In 1914, Bentley Community Schools was named after another prominent landowner of the time, Seymour Bentley.

As the Great Depression ended in the early 1930s, prominent area businessmen established a private golf course in the township. In 1938, Brookwood Golf and Country Club opened offering members a picturesque, 18-hole course. Open to the public for many years now, the golf course is operated by IMA Recreation Association. 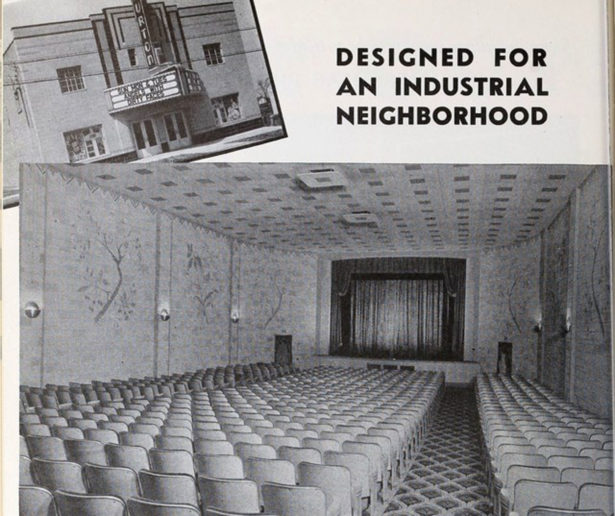 The Burton Theatre provided entertainment from 1939-68.

After WWII, things quieted down in Burton Township. Walker Farms, a prominent Burton property, was established in 1953 when Betty and Pearl Walker moved to Michigan from Missouri. The farm dazzles with beautiful flowers and fresh vegetables. In 1966, the iconic Starlite Diner & Coney Island opened as one of the area’s few 24/7 eateries. It quickly became a favorite of local General Motors employees who stopped in for a bite until the wee hours of the morning. (A second Starlite location opened in 2019.) Two years later, in 1968, the Eastland Mall opened on Court Street offering a movie theater and 47 stores including Woolco and J.C. Penney. In 1986, the mall was renamed Courtland Center and was home to 80 stores. Courtland Center still operates with four anchor stores, Planet Fitness, NCG Cinemas and Sloan Museum extension. As the 60s continued, I-69 was built through the township adding a much faster way to connect with the outside world and necessitating the creation of Kelly Lake Park. The park boasts a great sledding hill and nature area. Other prominent Burton parks include Fireman’s Park, Water Tower Park and Settlement Park (located on the grounds of the original Atherton Settlement). 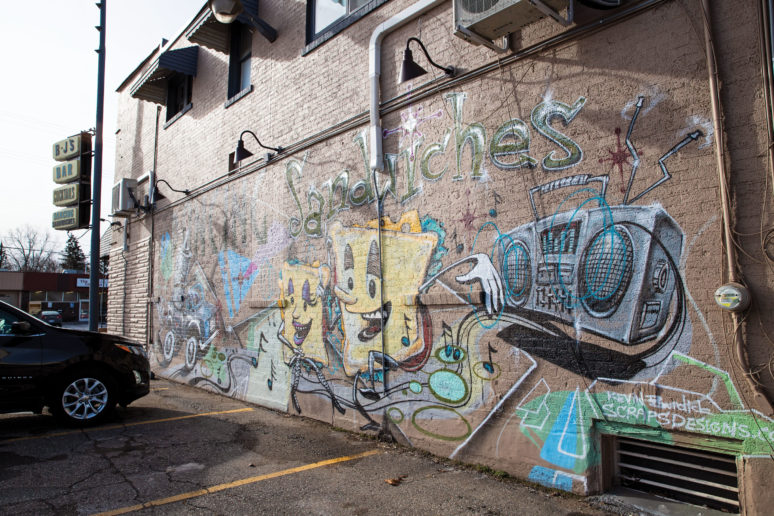 BJ’s Bar is known nationwide as the place for cocktails and dancing sandwiches!

In 1970, a former dairy farm donated to Genesee County Parks by Forbes and Martha Merkley opened to the public as For-Mar Nature Preserve & Arboretum. The Merkley family gifted the 383-acre parcel with the stipulation it be left to nature as much as possible. Today, For-Mar is a shining jewel of the county and a place where visitors can witness wildlife in nature and view over 157 tree species. In 1972, Burton was officially designated a city.

In the early 1990s, Al Hindes, a WWII radio operator taking part in the D-Day invasion, walked into the office of then Mayor Charles Smiley and requested a memorial be built in Burton to honor veterans of our nation’s wars. Mayor Smiley asked contractor, Bob Centilli, to take the lead on the project and also informed him that, unfortunately, there would be no compensation. Undaunted, Centilli contacted others to help, including Jack Sharp and John Zerbe. Soon, others began to volunteer their time to the effort including Mayor Smiley, District Judge Richard L. Hughes, City Councilman Ted Hammon and many local heroes. The Burton Veteran’s Memorial site was dedicated in 1997 and now displays the names of hundreds of veterans. The city’s Memorial Day parade began during the construction of the site in 1996 and the site continues to be its destination. After his death in 2007, that year’s Memorial Day procession was dedicated to Al Hindes. 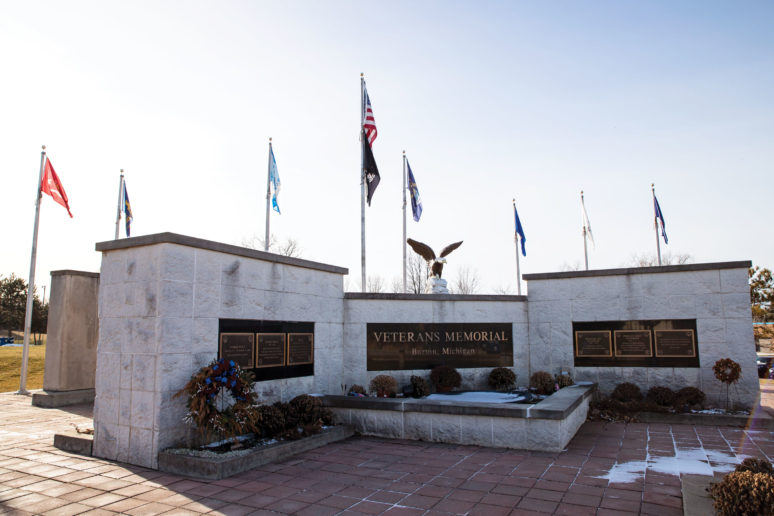 The City of Burton plays a central role in Genesee County. It is the glue (along with Flint) that holds the county together. It’s prominent families and farms set the example of the blue-collar hard work and determination that the county is known for and will continue to do so into the new decade and beyond.